Not a dog in sight!

It seems that my last few posts have all been about dogs so today there isn't going to be a dog in sight! I realise not everyone is as mad about dogs as me although saying that quite a lot of you have commented on my posts recently so there are a few of you out there.
Today Cody went with Malc and the eldest boys to work for the morning which just left me with Soloman.
It is quite unusual for me to have one to one time with any of the children so this was really nice. We decided to make cakes, first we mixed the marge and sugar together, 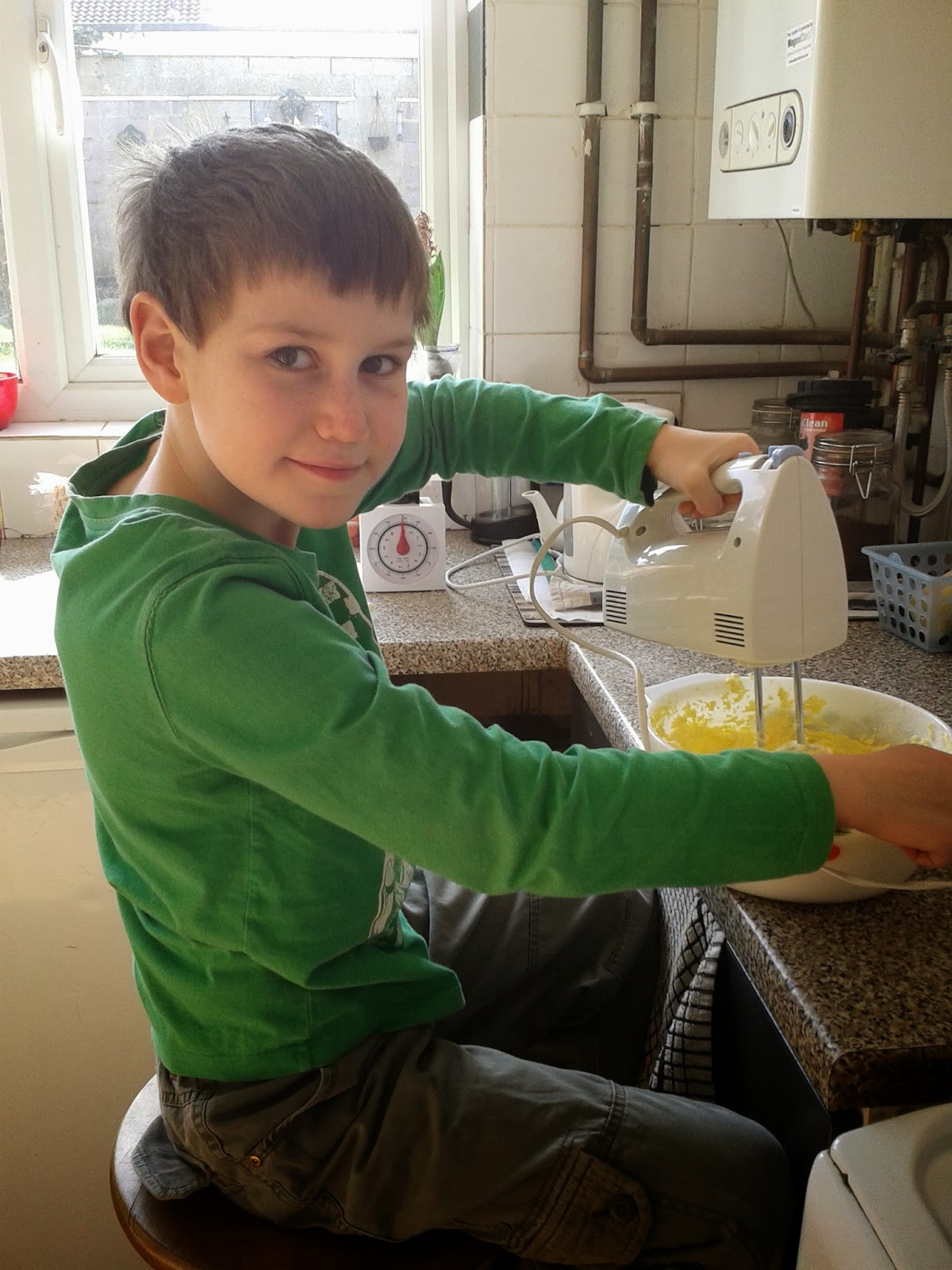 Then we folded in the flour 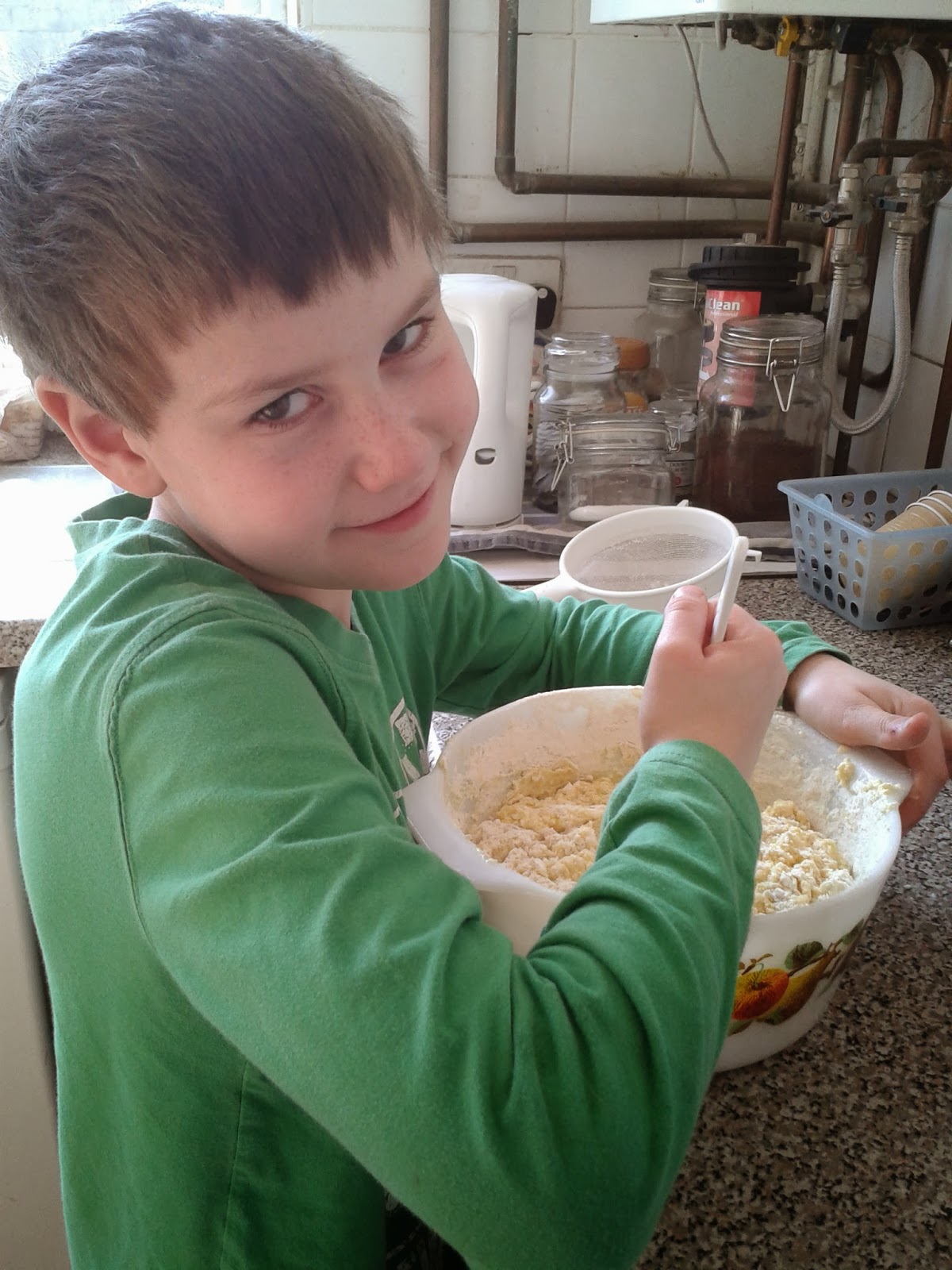 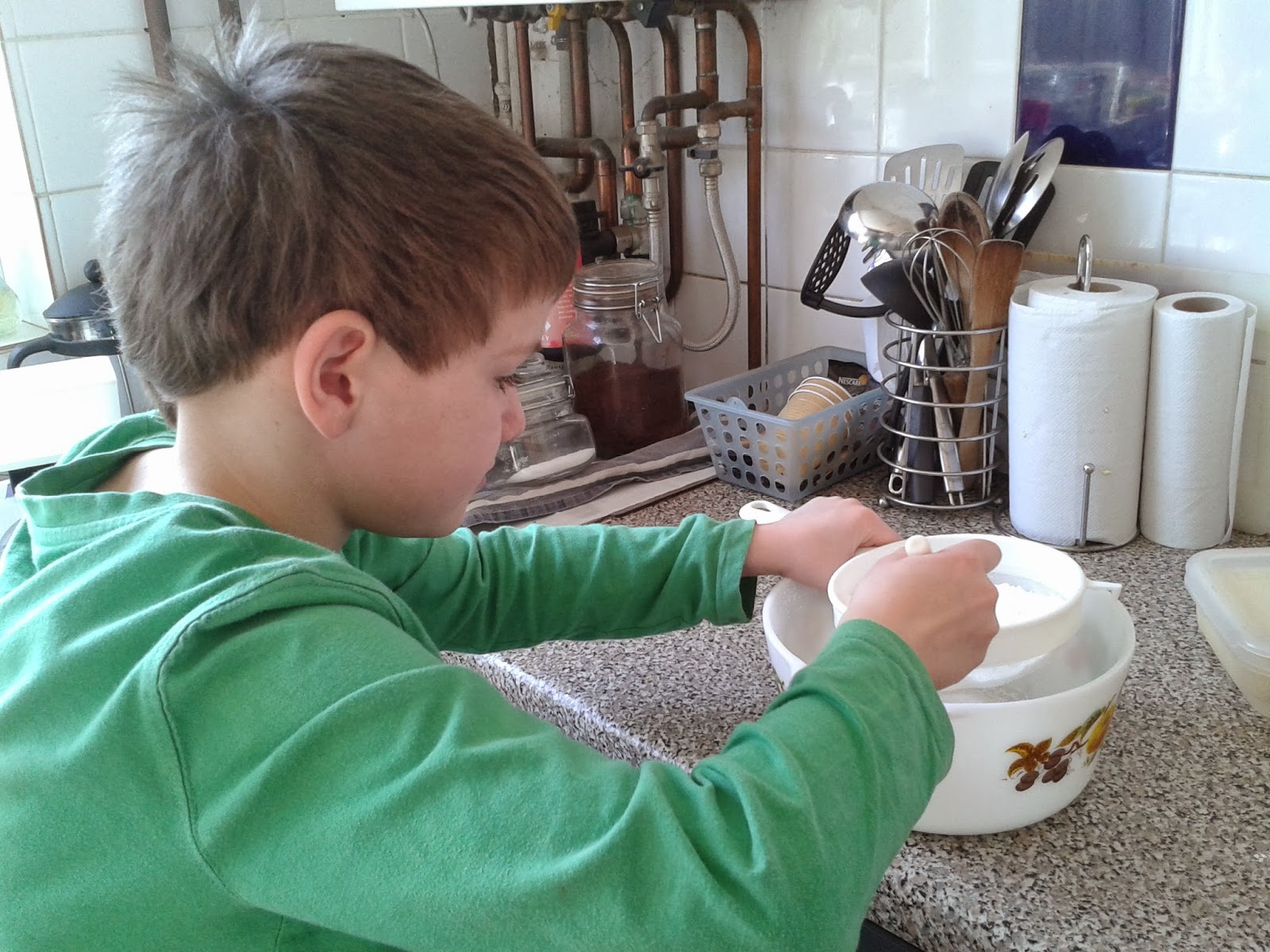 We only put a little colouring in so they quite pale ( thankfully!) 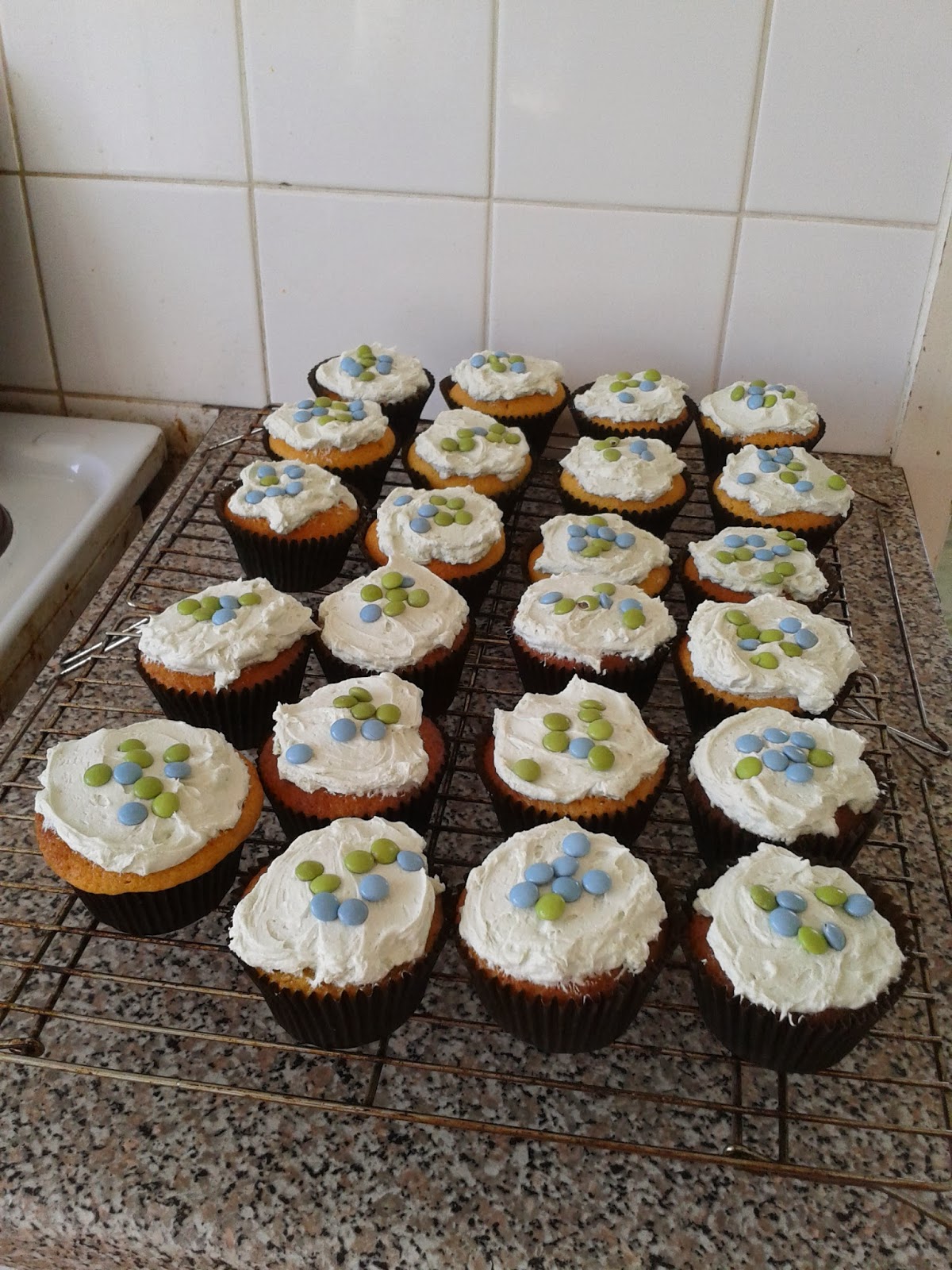 We've given four to Grandma and he's taken four to Cubs for the leaders to taste hoping he will pass his chefs badge.
Talking of badges, I spent about one and a half hours sewing on sixteen badges to Beavers, Cubs and Scout tops this afternoon!
They have sewn them on themselves before but the amount of times they've sewn the front of the sleeve to the back of the sleeve because they've forgotten to put a book down the sleeve to prevent doing this, doesn't bear thinking about! It was easier for me to do it without all the drama!
The two eldest boys cleaned out their rabbits, they even got to go out in their runs and munch on some grass as the back garden has dried out quite a bit over the weekend.
Malc has gone with two of the boys to Cubs, Eden's out at band practice, so I've only got two at home. One of them is definitely old enough to make a cup of tea so I'm sitting and knitting and going nowhere!
Posted by Bridget at 18:51