We have a few, Clark had his two man one, Eden has her four man one and we also have a big fifteen man one which is about twelve years old. I've kept it just in case we ever sell the caravan. Different ones are used for different cub camps depending on if Malc is going and  how many boys are going too.
In the summer the boys will often put one up in the back garden and sleep in it for a couple of nights.
When we got home from Upton Park yesterday there was a note through the door asking me to ring my friend, Spinner Val, so called because we know two Val's and this one spins wool! Simples!
So I duly rang and she offered me a four man tent that she's had in the loft for years.
We picked it up this morning and Malc and Callum erected it in the front garden this afternoon.
It's not bad is it? 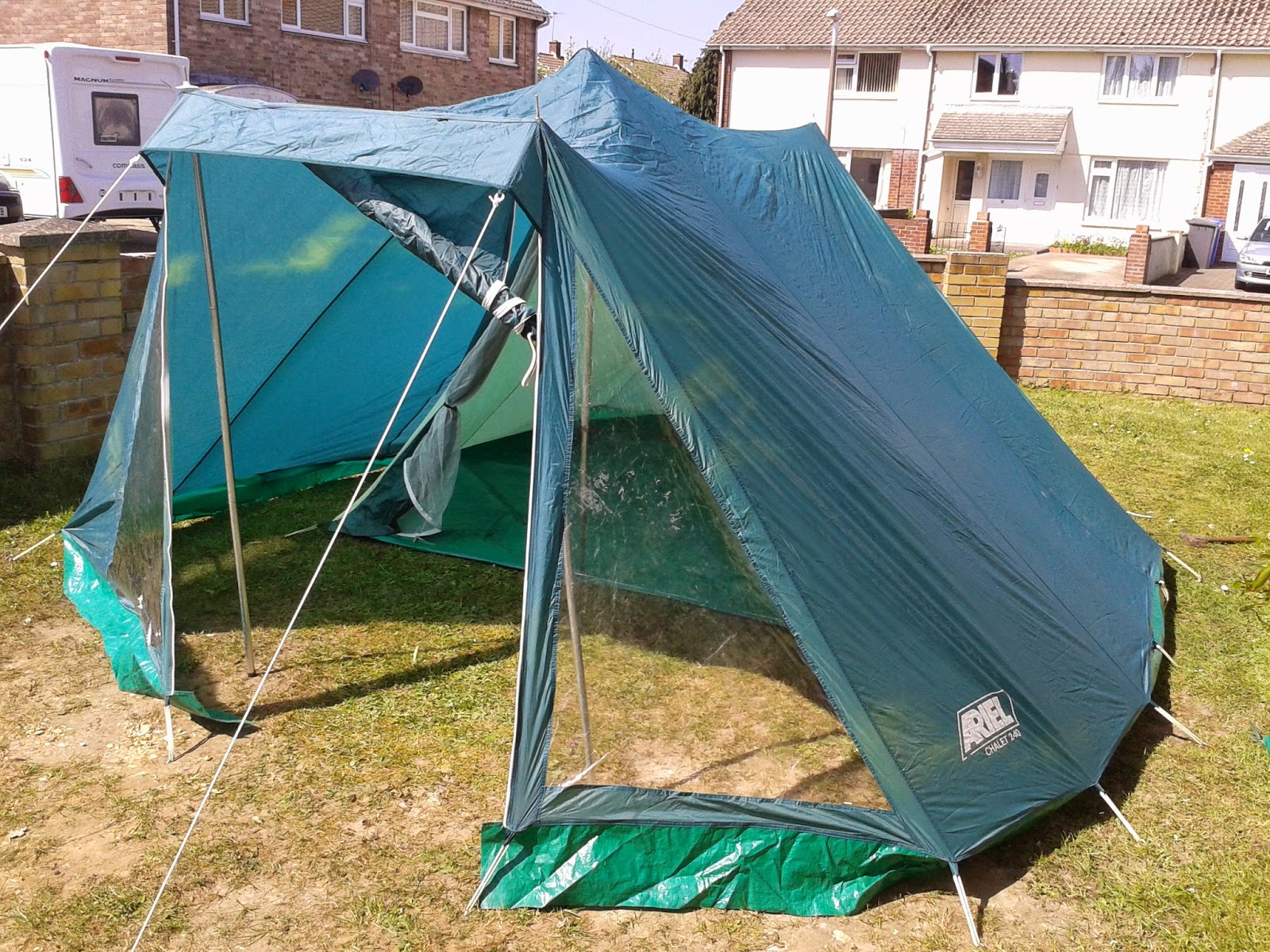 The boys sat in it playing for a while joined by one of their little friends. 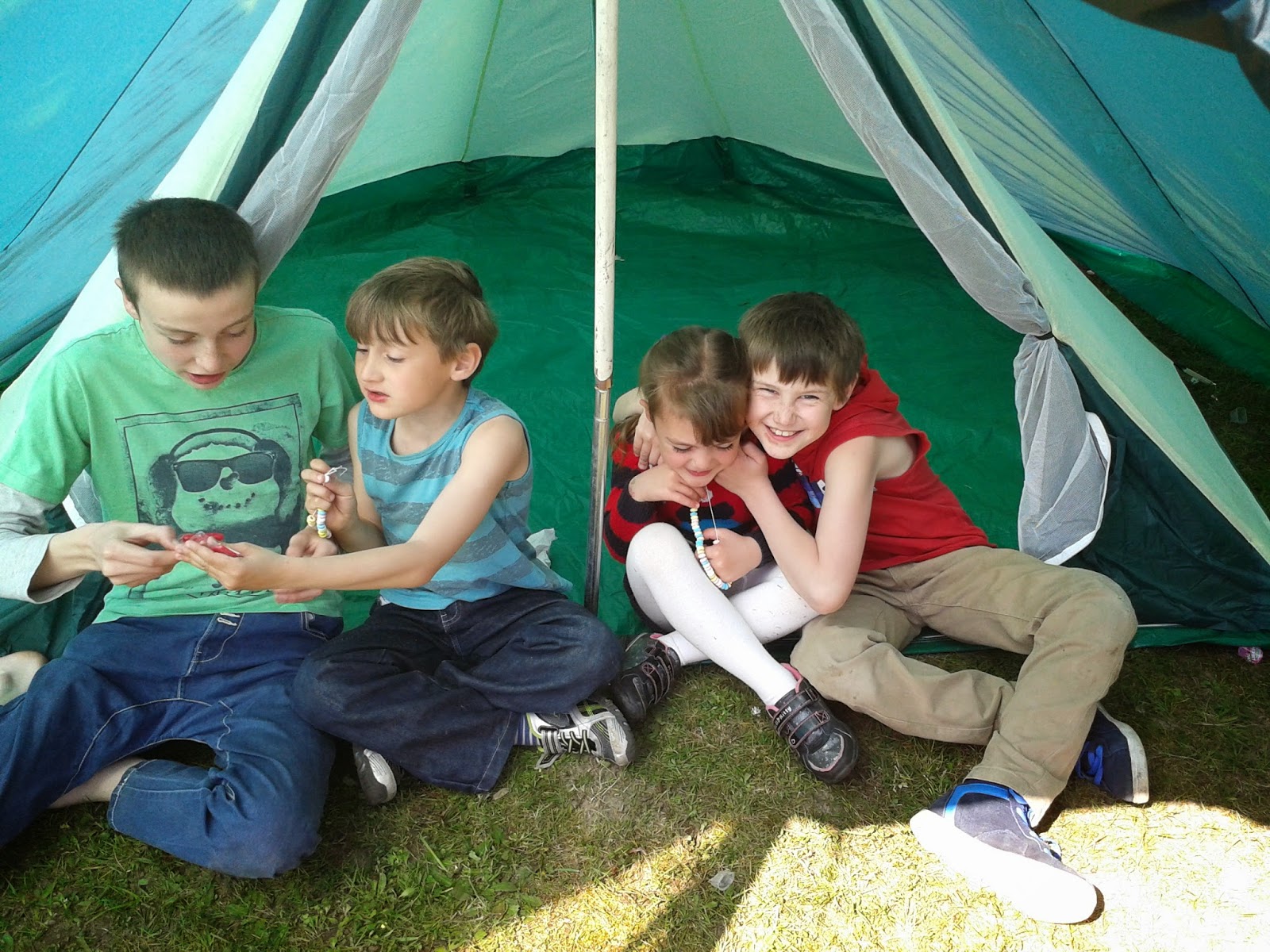 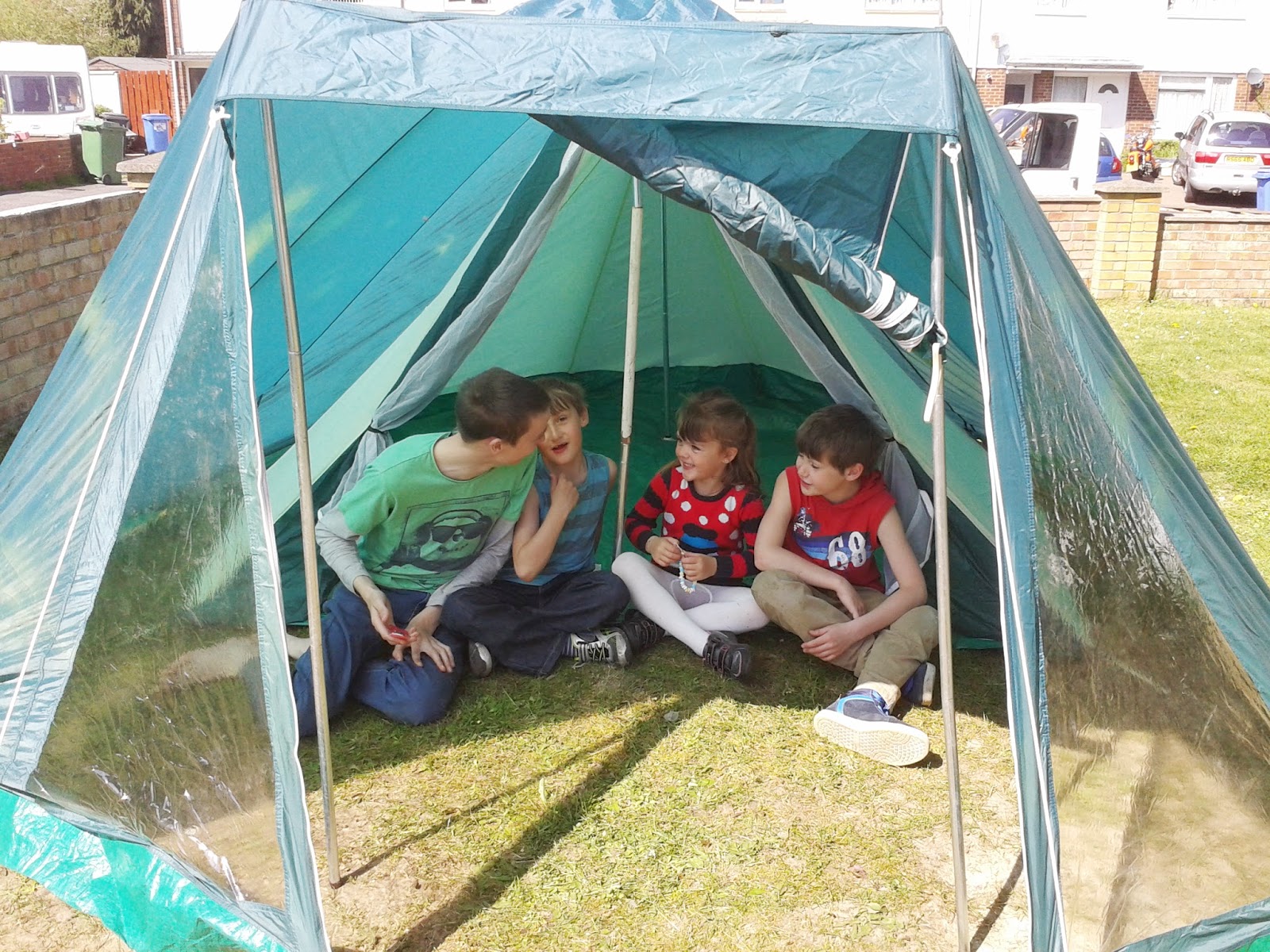 It has now been taken down and is being put up out in the back garden as Clark wants to sleep in it tonight. He's had to move the rabbits and their runs so that he can erect it.
My step dad had to go to an exercise class today, his stroke has left him with a slight weakness down his left side, it really is slight but he's going to strengthen it up, so Mum came round to spend some time with us. It was nice to have a natter.
Malc has just taken Eden to a friends house, she's staying there the night.
I'm going to spend the evening crocheting quite big granny squares with Callum as he's making a blanket to cover his bed in beige and a light green to match the colours of his room.
Posted by Bridget at 16:17