September and October is carnival season down here in Dorset and my goodness we have some fantastic ones.
Last night we drove to Mere which is near Gillingham, it's about an hour and fifteen minutes  from us.
We've been to Mere many times but never to their carnival, it's a lovely tiny little town with a High Street and a little town square. They have a fantastic historical walk which we've done a few times, a lovely library and as it turns out a great carnival too.
These two headed up the parade 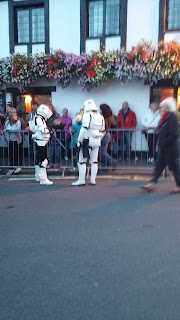 We had some bands 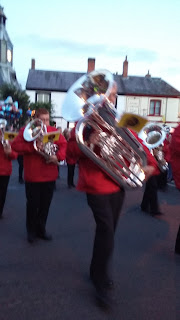 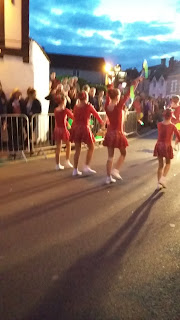 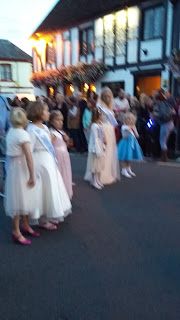 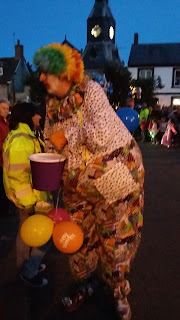 Some brilliant floats, a pirate ship 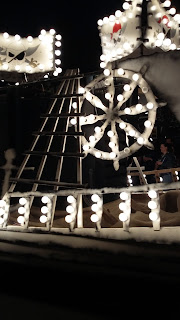 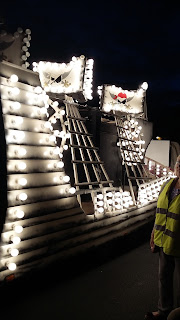 Dressed up characters with loads of lights on them, these seem very popular as there were quite a few of them, 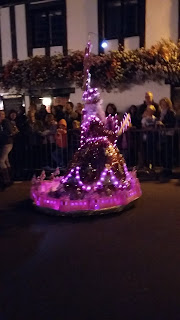 This float had lit up planes on it and was three trailers long, definitely my favourite. 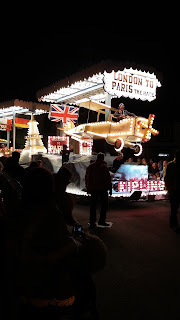 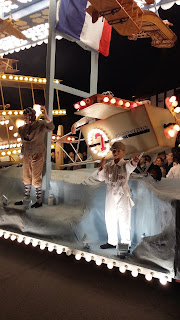 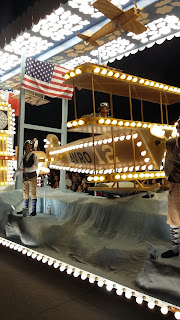 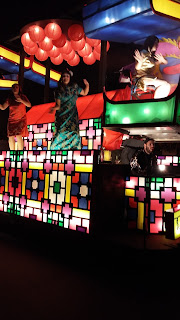 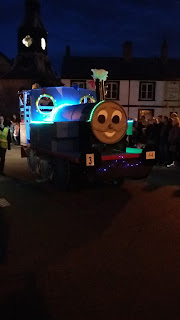 There was also a fun fair there, the boys shot corks at things, hooked ducks, bought candy floss and I even went on a fairground ride with Clark. I screamed like a little girl all the way round!
I can't remember the last time I rode on a fairground ride, it was definitely a long time ago that's for sure!
We had a great time and can't wait for next weekend's carnival.