Yesterday the weather was so nice and I'd seen on the news that the weekend isn't going to be that great so we decided to go to one if the the beaches that the county of Dorset is famous for.
We went down at about two in the afternoon after we'd done some schoolwork.
All four boys went into the sea, proclaimed it to be freezing but stayed in there for the following three hours anyway!
Callum, whose confidence has grown and grown since his operation. He actually took his T-shirt off which he admits himself he would never have done before his op. 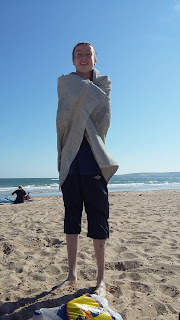 Clark who went to paddle in his shorts and t-shirts and ended up swimming ! 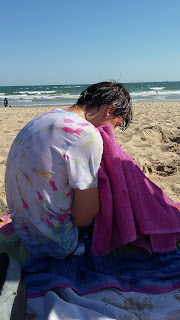 Cody who went right the way into to the sea for the first time ever and was so proud of himself. 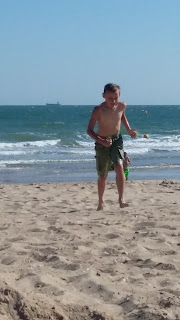 Not the best picture, Soloman and Cody. 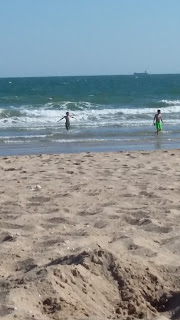 Callum and Clark with Soloman and Cody in the background.  Neither would take trunks because they weren't going to go all the way in the sea and ended up swimming and having to try and dry themselves in the sunshine before I would allow them back in the mini bus! 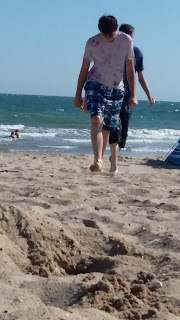 Soloman and Cody sunning themselves, although it was very sunny there was quite a breeze so they all said it was warmer in the water then out of it. 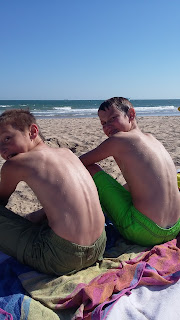 We don't take advantage of our lovely beaches enough so we've decided that we're going to try and do this a bit more often.
Posted by Bridget at 21:25