To bring you up to date

So much has gone on that it would take me ages to type it all out so I'll just tell you the basics.
Neighbours son had an incident with a nurse dislodging a needle which resulted in him having to have two operations on his arm and having to be in hospital for two weeks which meant lots of extra work looking after his Mum.
He came home on the Saturday and my Stepdad went into hospital on the Sunday for eight days, which meant lots of looking after my Mum and taking her to hospital every other day. He's been diagnosed with Crohns disease.
Stepdad came out but was quite tired all the time so it's been a couple of weeks of me making them dinners and being there every day.
Things are just getting back to normal now.
In the middle of that Eden and her boyfriend of eight months broke up, apparently he wasn't " feeling it " any more!
It was a total surprise for her as she didn't see it coming so we had a few days of tears. It's so hard as a Mum to help in a situation like that, there's absolutely nothing you can do other than soothe and cuddle them.
We all had a virus going round us one by one which I seem to have succumbed to today.
Despite this we've had some nice dog walks
Malc and Callum 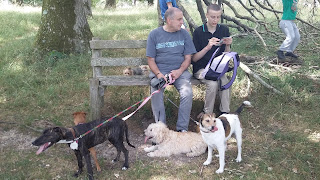 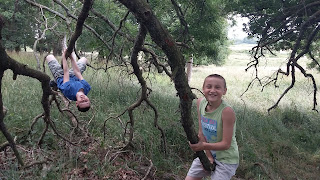 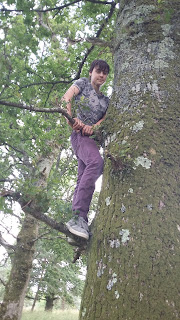 During the summer we have fireworks arranged by our tourism board for six weeks during the summer holidays.
We met up with some friends and went to see them last night.
They put on loads of free activities for everyone.
Although these are aimed at younger children Eden decided she'd have a go at skipping, 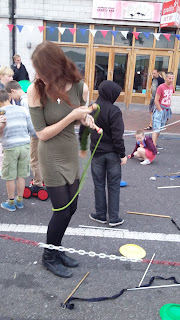 We also went to a farm fun day where the youngest two had a great time on some inflatables. 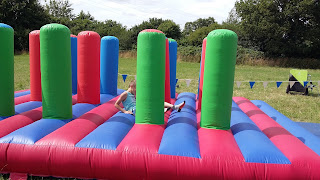 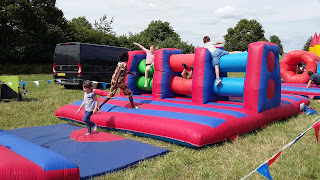 So I think that about brings you up to date.
We have quite a busy weekend planned, it's Malcs and my Mums birthday next Monday so we have lots of preparations to sort out.
More photos for the next post then!
Posted by Bridget at 19:27