I belong to a couple of knitting groups both physically and online.
I'm doing hats for premature babies and also blankets that are going to Israel. The handover and deadline for these is October 31st.
One of the blankets for Israel 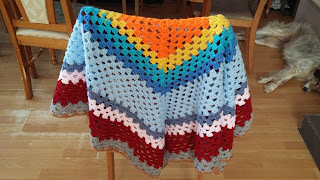 One of the online groups I belong to gave a shout out for people to knit/crochet eight inch squares, so I thought we'd give it a go.
I want to do it as a family project, so Clark and Callum have said they will knit/crochet a few.
Here's the link to the charity
http://www.knitforpeace.org.uk/2015/08/27/helpforrefugees/
Cody has already started. 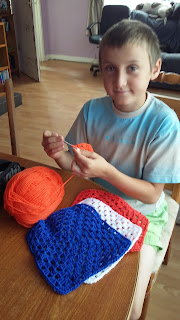 I crocheted the three on the table in front of him and he started his first one, he's actually nearly finished it as I took this picture earlier this afternoon.
I've got a stash of about ten hats already but I did these two last night 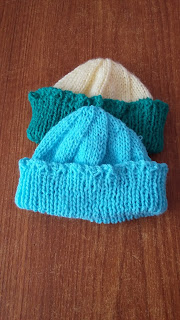 I've set myself a challenge of crocheting a square and knitting a hat a night. I don't knit/crochet every night but I do manage quite a few nights a week.
Then I've also get this one the go, so when I 've done my square and hat (and blogged, of course!) I will try and do a couple of rounds of this 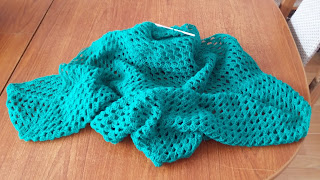 That should keep me out of trouble shouldn't it?
Posted by Bridget at 16:50