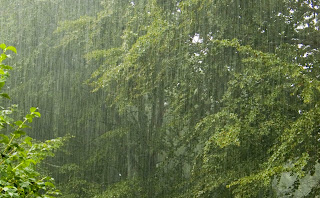 It's getting a bit boring now isn't it?
Today has seen me get soaked twice, we waited for it to ease this morning and took out five of the dogs to a local park. Eden stayed at home to get some revision done as she's got her mocks in February and she's already starting to panic about them.
As it happened that was really handy as we were waiting for a parcel to be picked up and all the boys decided they wanted to come!
Two of our dogs are a bit unpredictable around other dogs so we left them at home with Eden to be lead walked later. We do take them altogether most of the time And keep those two on leads unless we're in the middle of the forest and we've got a good view of what's ahead. Luckily all the dogs have a good recall so most of the time there are no problems but I just felt like a stress free walk this morning!  The park was empty which was great, the younger boys splashed in the mud and puddles because after all that's what wellies are for aren't they?
We then dropped Clark off at Grandmas as he was taking down her Christmas cards and some of her decorations, she's got fed up of them!!
Malc and I then took the two other dogs for a walk. We live very close to a holiday park so we walked up to it and strolled round looking at all the fabulous huge mobile homes discussing which one we're going to live in when Malc retires! Seeing as Malc is fifty-seven now and out youngest is only seven I really can't see that happening! Goodness only knows how old we'll be by the time they all leave home! But it was absolutely lovely to go out by ourselves and talk about dreams and the future instead of our usual conversations about money, kids and the more mundane things in life. We had to take shelter by a mobile home as there was a really heavy shower which was quite romantic! So you can see if that counts as romance just how mundane our life really is!
Off to make tea and hopefully pick up my knitting needles and have a snuggly night in front of the TV. Well I think I've earnt it!!
Posted by Bridget at 16:47