Another vest, Palm Sunday crosses and losing an hour!

Now firstly I really don't need to lose an hour in my day to be honest I could do with gaining a few!
My friend who had baby number twelve visited Saturday night and left about 11pm, as we went right to bed after changing the clocks this was now midnight and as we had to get up for church Sunday morning I woke very grumpy, nobody wanted to get out of bed and the only reason I had to persevere in getting them up was that the children were doing the reading and Eden was doing the music with the Youth Worker.
We came away with our Palm Sunday crosses though which are now gracing the wall above our mantelpiece. 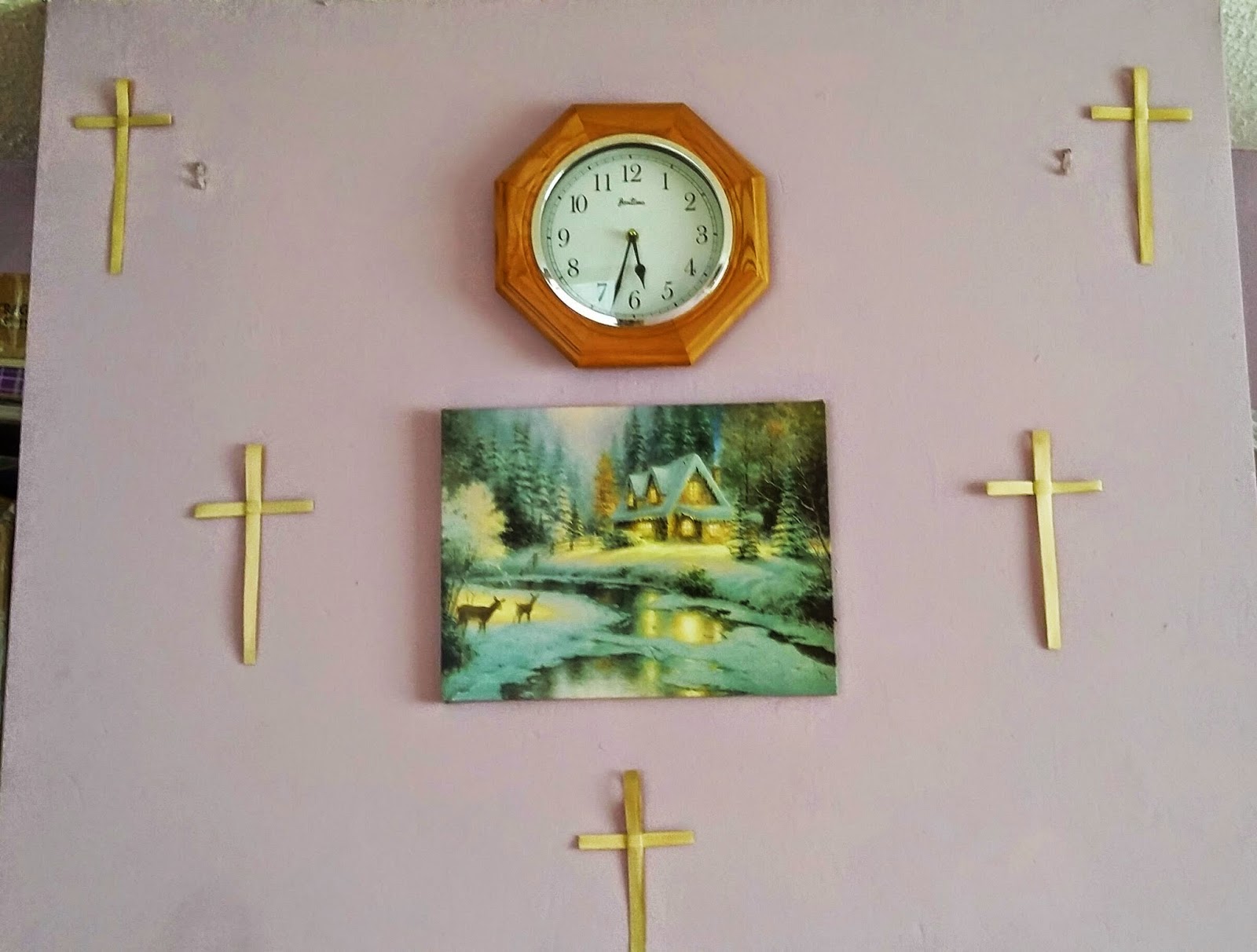 We have five, not seven as Eden forgot to pick one up and one broke but I think we have enough!
The picture is one of those that lights up in places, I was given it for Christmas but liked it so much I kept it up and switch the lights on sometimes in the evening but I suppose as we are now officially in Spring I'd better take it down!
I've finished another vest and I'm well on the way to finishing the front of another one. I seem to be on a roll with them, they're very easy to do and it's nice making a pattern of mixing the colours. 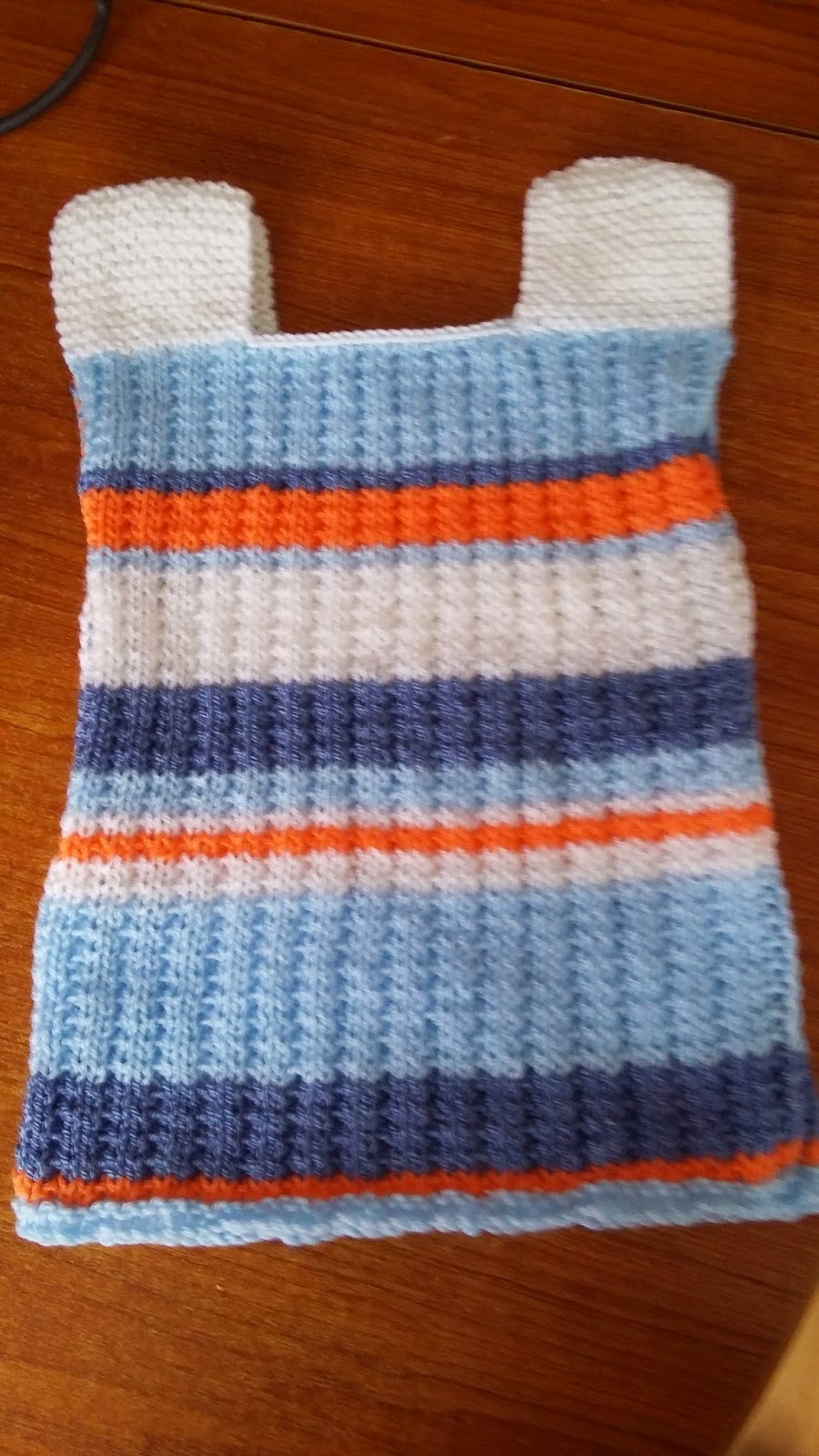 I seem to have a couple more followers so I would like to welcome them to my blog, I hope you enjoy what you read.
Posted by Bridget at 10:00