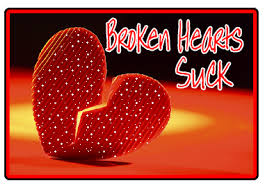 It's been a busy emotional few days. Edens boyfriend of over a year decided that he doesn't want a "long distance relationship" when she goes to University so he broke up with her.
Unfortunately she didn't see it coming as he was saying all the right things about visiting her and moving up to be with her in her second year.
It certainly knocked her sideways and she was incredibly upset.
The plan was that him and his parents were going to take her to Uni so that plan is no longer and we're having to sort something else out which is proving a bit difficult.
The mini bus will definitely not make it and neither will my old banger so we were looking at hiring a car, that means that we can't all go though.
I'm a very cautious driver so the thought of motorway driving scares me to death, it's a five hour drive which is a shock to the system when the furthest you drive is to Asda three miles away!
We would have to leave the two oldest boys here, Soloman will probably come with us but Cody is travel sick so would probably go to Grandmas for the day, I know he's going to want to come with us so that's a battle I'm not relishing.
We can't think of anyone that could drive her for us so I'm not sure what we're going to do at the moment. We've got three weeks so I'm sure it'll get sorted.
Meanwhile I've been trying to keep Eden busy, we've been shopping for a few things for her new room up there.  She's been scouring charity shops for CD's as she's not going to have a TV so she'll listen to music instead.
I'm exhausted! I'm use to coming home and relaxing, doing a bit of  knitting or crocheting, or a spot of gardening instead I've  been traipsing round shops trying to colour coordinate cushions and knick-knacks!
She's been arranging to meet up with friends who all seem to have an earlier starting date than her, one is off today and a few are going next week but she's not going until the 24th of this month.
Hopefully she'll get swept away with the excitement of going and that'll raise her spirits.
Who'd be a mum I ask myself?
The boys will be back to schoolwork next week so I've got a few projects sorted.
We're camping next weekend so I'm hoping to visit a place that ties in with one of our projects.
I think the boys are going to find it a bit of a shock sitting down and studying and the last six weeks have been full of playing with mates, building dens and climbing trees!
As for today, I'm hoping for a quiet, restful Sunday.
We shall see!
Posted by Bridget at 10:18