Which of course we all know is knitting!
This morning I sewed up this, 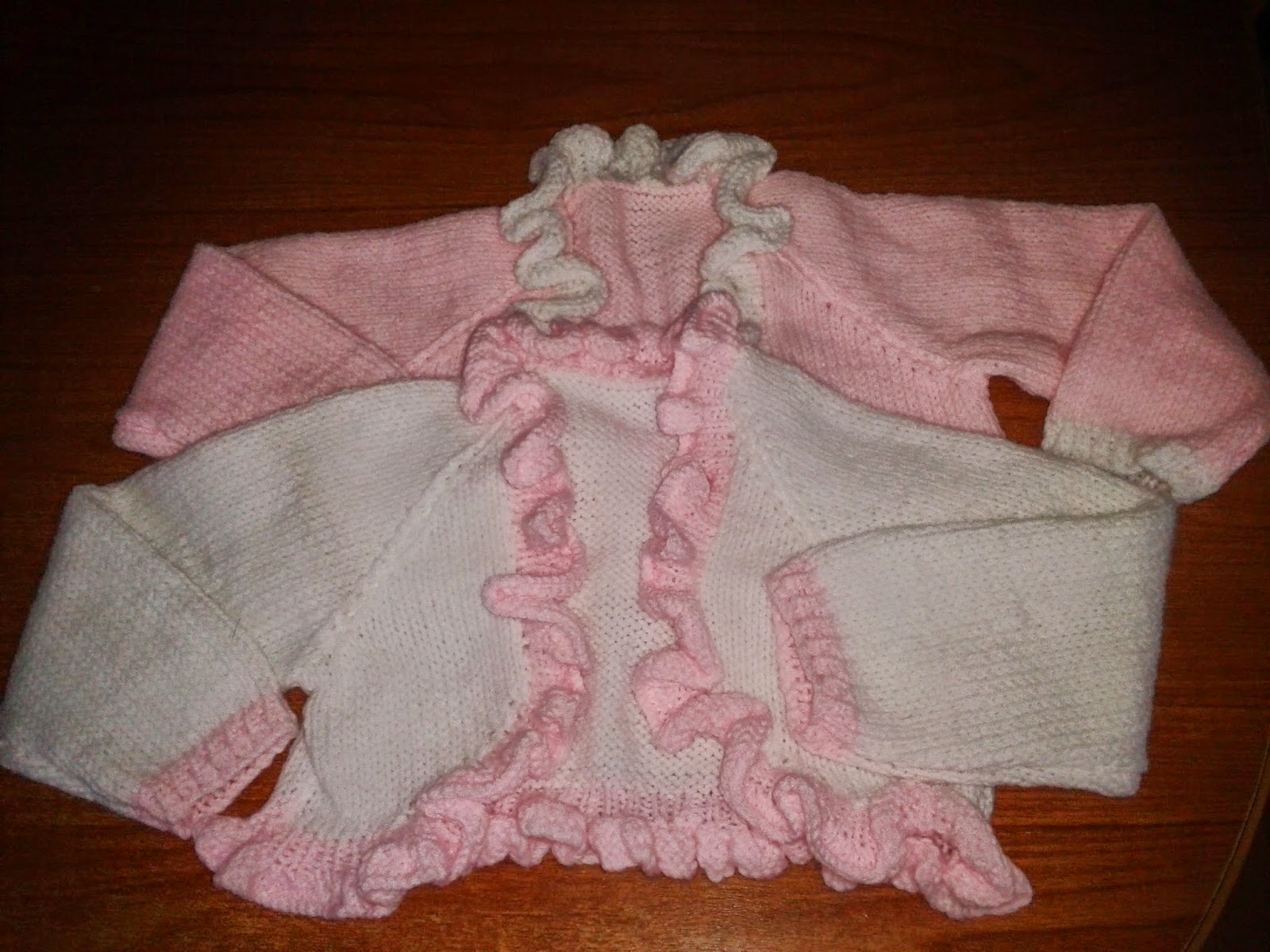 So that's the two of them done.
As there was a fair bit of wool left I'm now doing a skirt and brace set in white and another one in pink.
We had a lovely New Years Eve, I danced non stop from 7pm until midnight when we all went outside to cheer in the New Year.
Then we went back inside and danced for another hour!
One of Edens friends was staying the night but the others were all leaving by 1am. Unfortunately two of the lads didn't get picked up for some reason, so by 2am I sorted out a sleeping bag and they slept on the sofa.
Apparently their lift text them at 5-30am and said she was ready to pick them up!
New Years Day we went to my Mums for lunch, as usual it was lovely apart from the ache in my hips and legs from all that dancing the night before!
I took a very rare picture, firstly  it was Eden who will never let us take one and also of my Mums dog, Rumbles, who doesn't usually sit with anyone other than my Step dad! 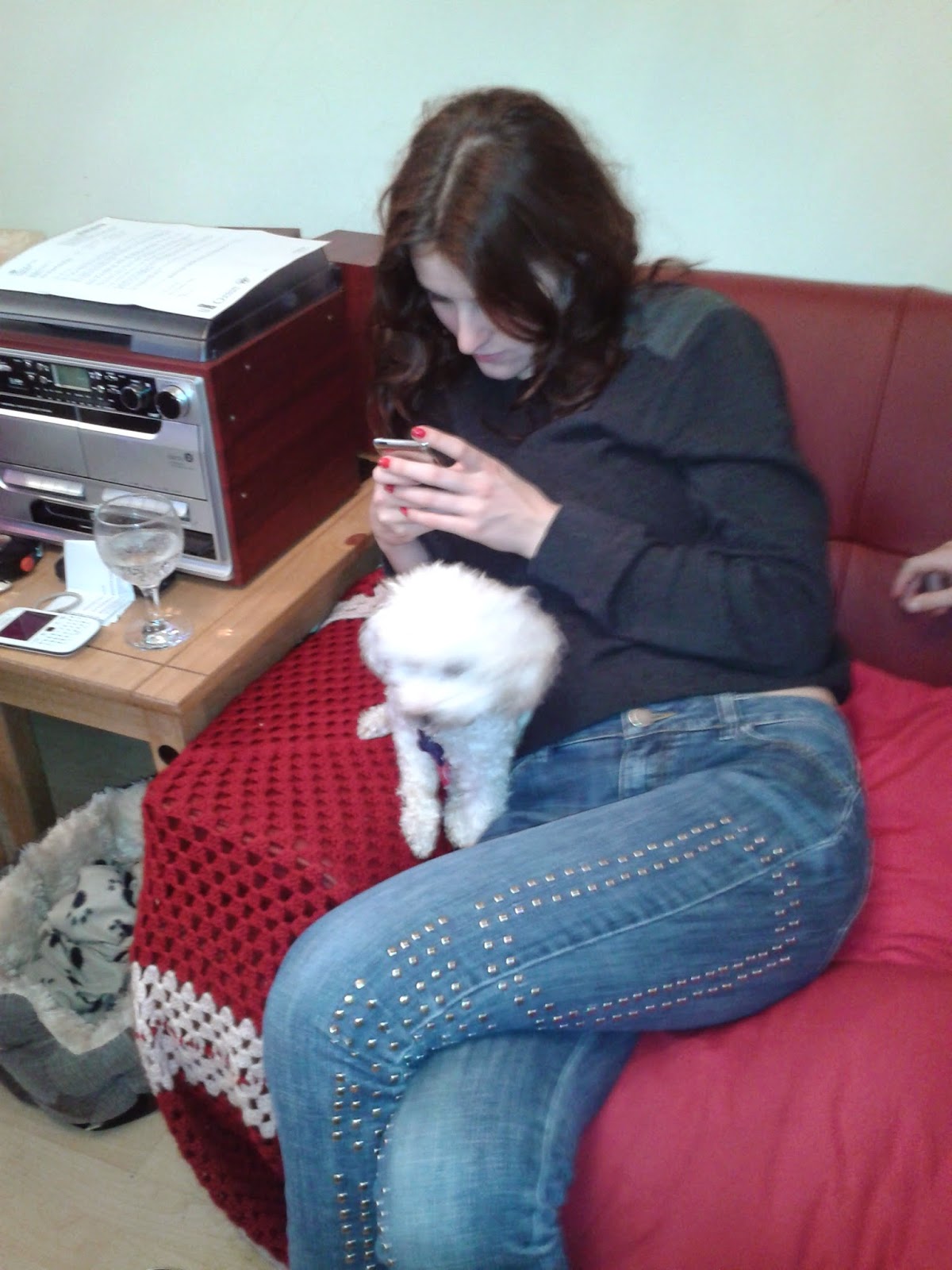 Yesterday we went to my friends with all the children for tea, again we had a lovely time although it was slightly marred by her three year old having to go to A & E after slipping and banging his head on the table. He had to have it glued as he had about an inch gash on his forehead just in the hairline.
He's fine and they only took about 2 1/2 hours which is super speedy for our A & E!
As is normal with young children, he's fine and suffered no ill effects from the incident.
Today we had a lovely lay in, a very late breakfast and I have spent all afternoon sewing and knitting.
I have a stew in the slow cooker and I've made the dumplings ready to go in.
I'm also watching Mrs Browns D' Movie which Clark bought himself with his Christmas money.
Hope you're having a lovely afternoon whatever you're doing.
Posted by Bridget at 16:21