As you know we're not conventional in this house so we went truly radical and had pancakes early! For breakfast on Saturday in fact!
We'll probably have them again on Tuesday.
Not that radical then?! 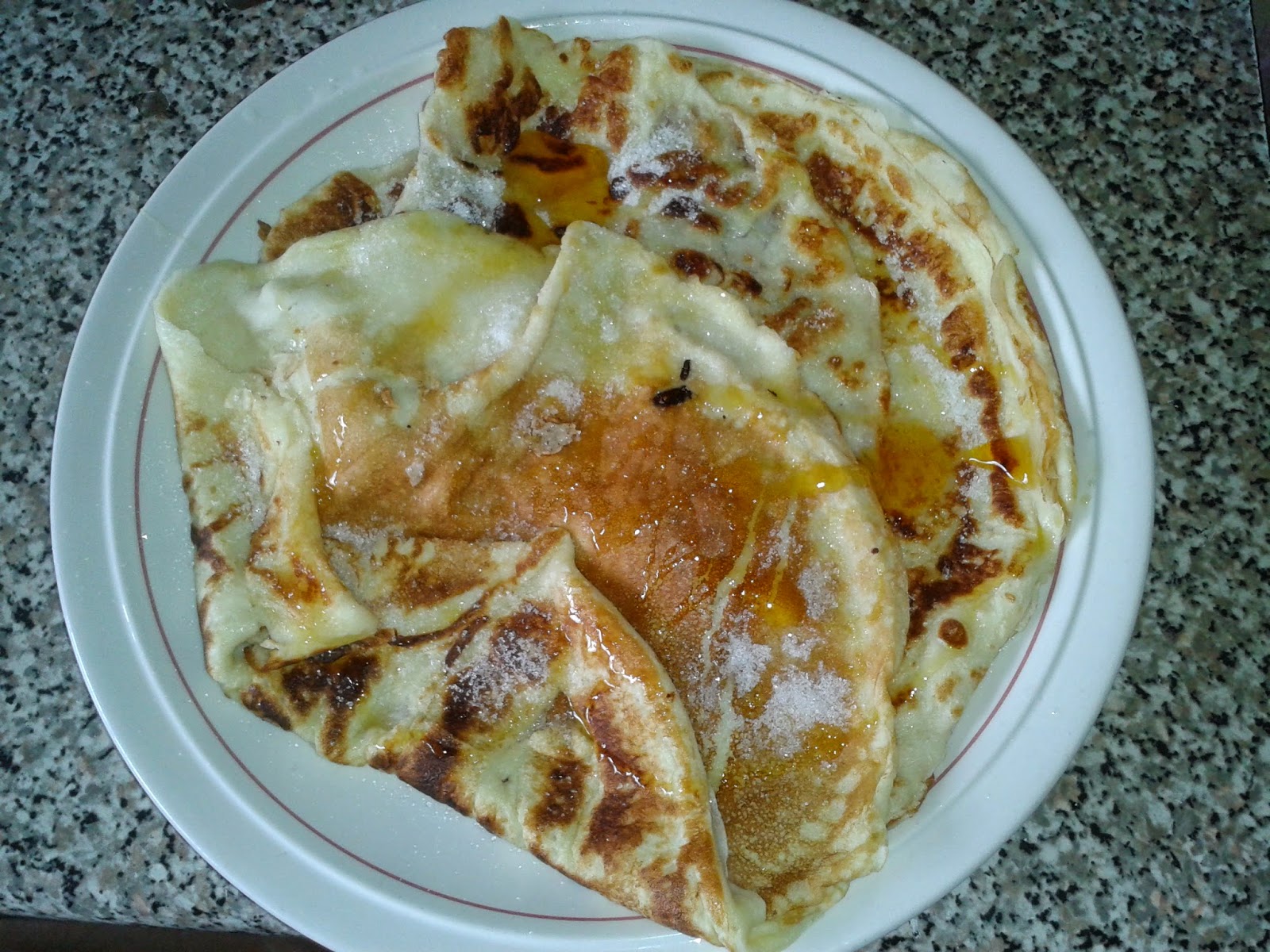 On Friday night Malc, Eden, Oscar and myself went out for a meal for Valentines, again we like doing things on the wrong day!
We had a lovely time.
We decided this weekend we would have a quiet one doing what we wanted as we're not all going to be together for nearly a week whilst Callum and I are in hospital.
So we went to a local charity shop where I found this 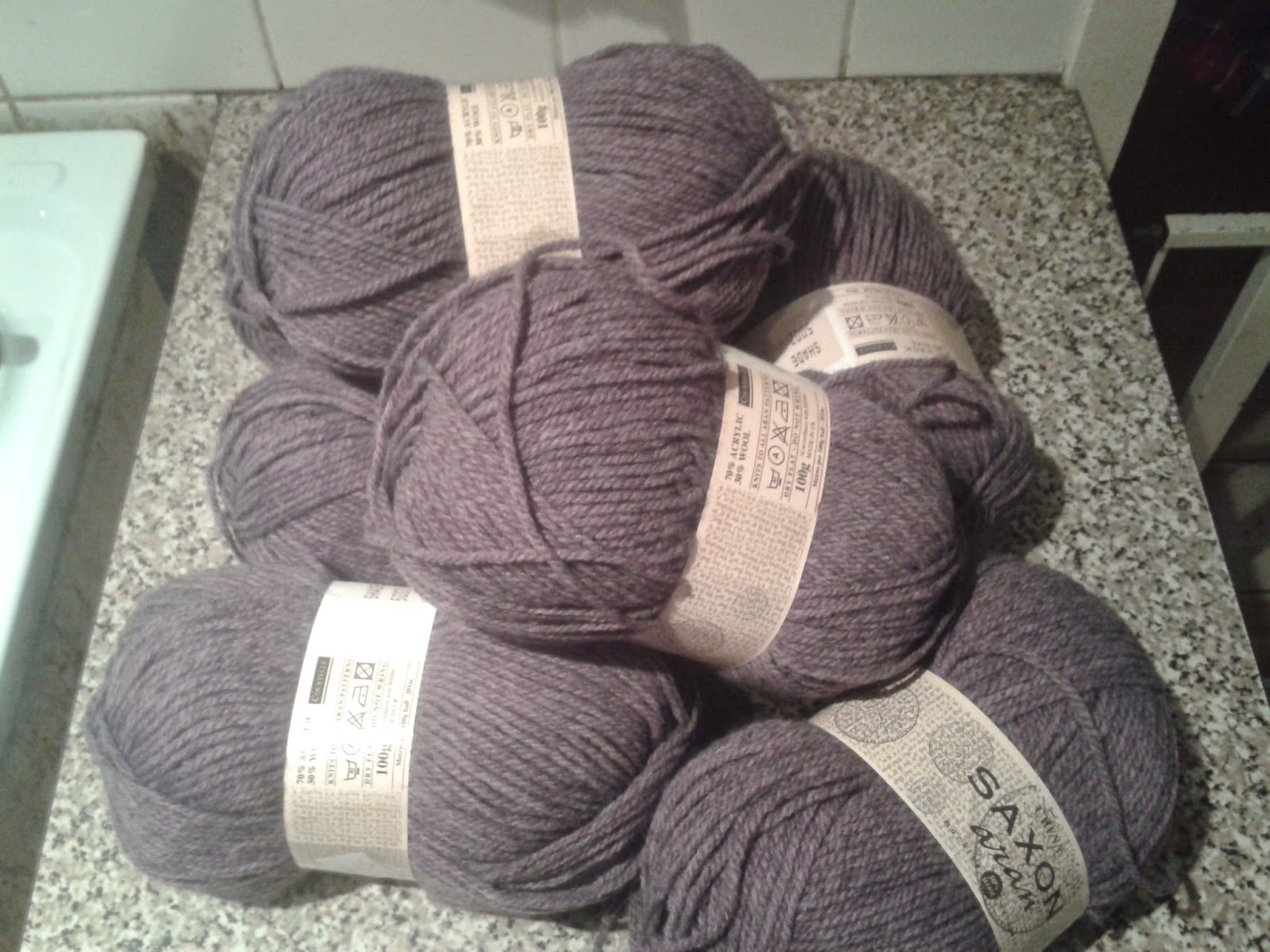 £1 a ball, it's Aran, 30% wool and I found eight 100grms  balls of  blue and seven 100grms balls of heather. Absolute bargain!
I also finished knitting this, it's for one of the boys of my friend with the eleven children. He's a couple of years younger than Cody who is modeling for me. I have done the back and sleeves of the next one for another of her boys. They both have birthdays in March. 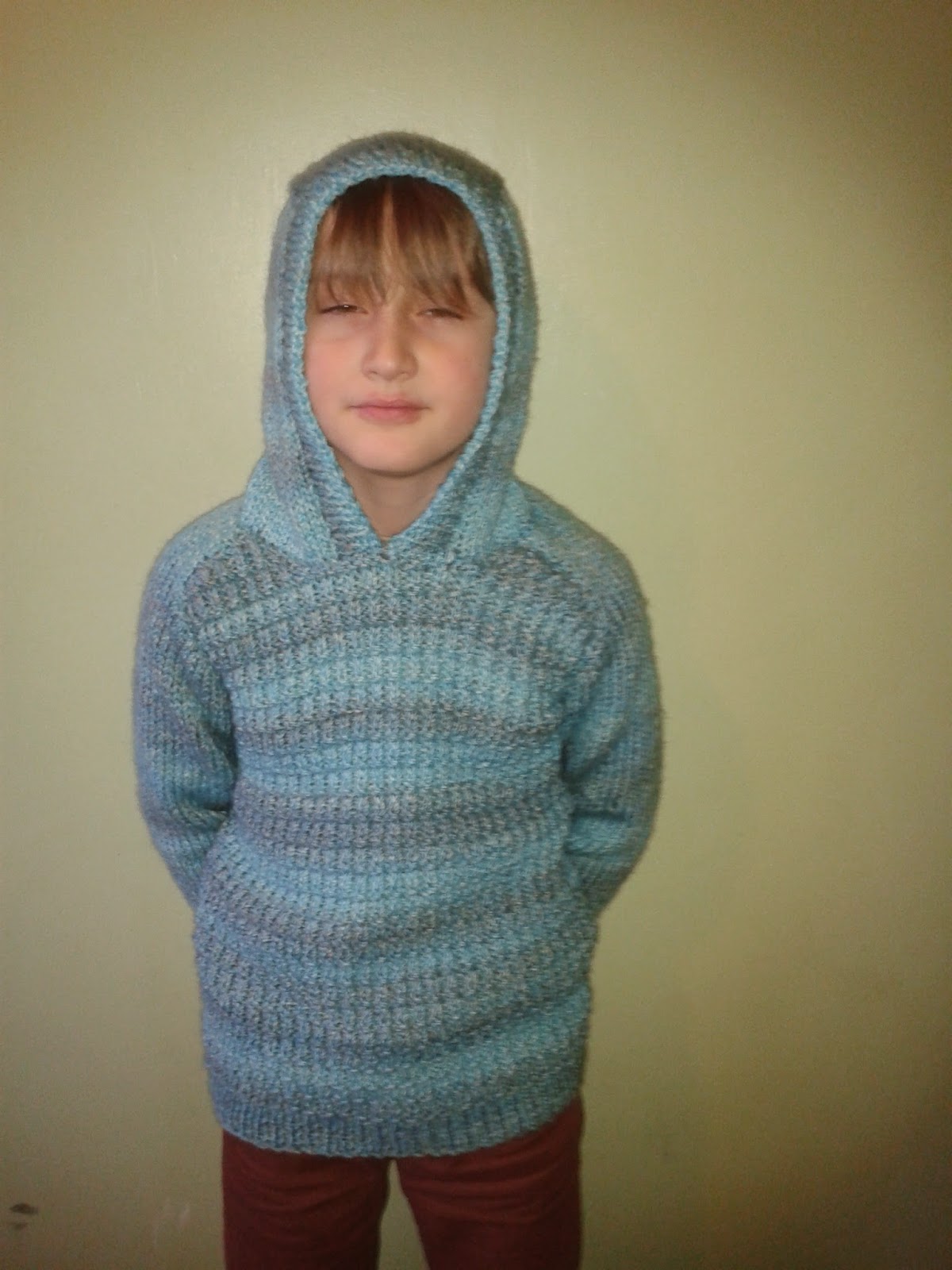 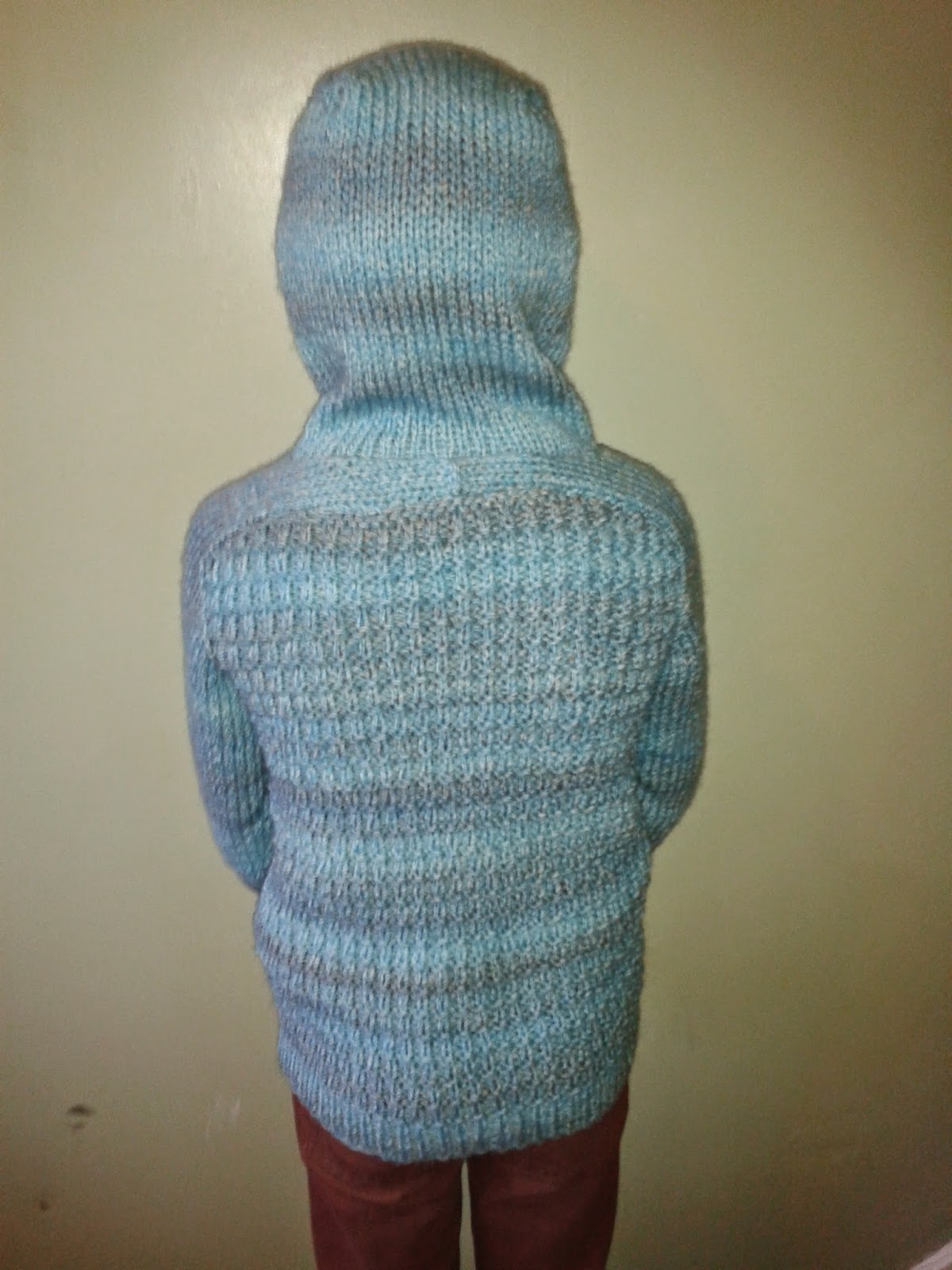 Then we went to The Courtyard Centre, a place that I've mentioned before where there is the best wool shop ever! I bought some of this to do another hoodie for Soloman who has a birthday in April.
He chose the colour himself. 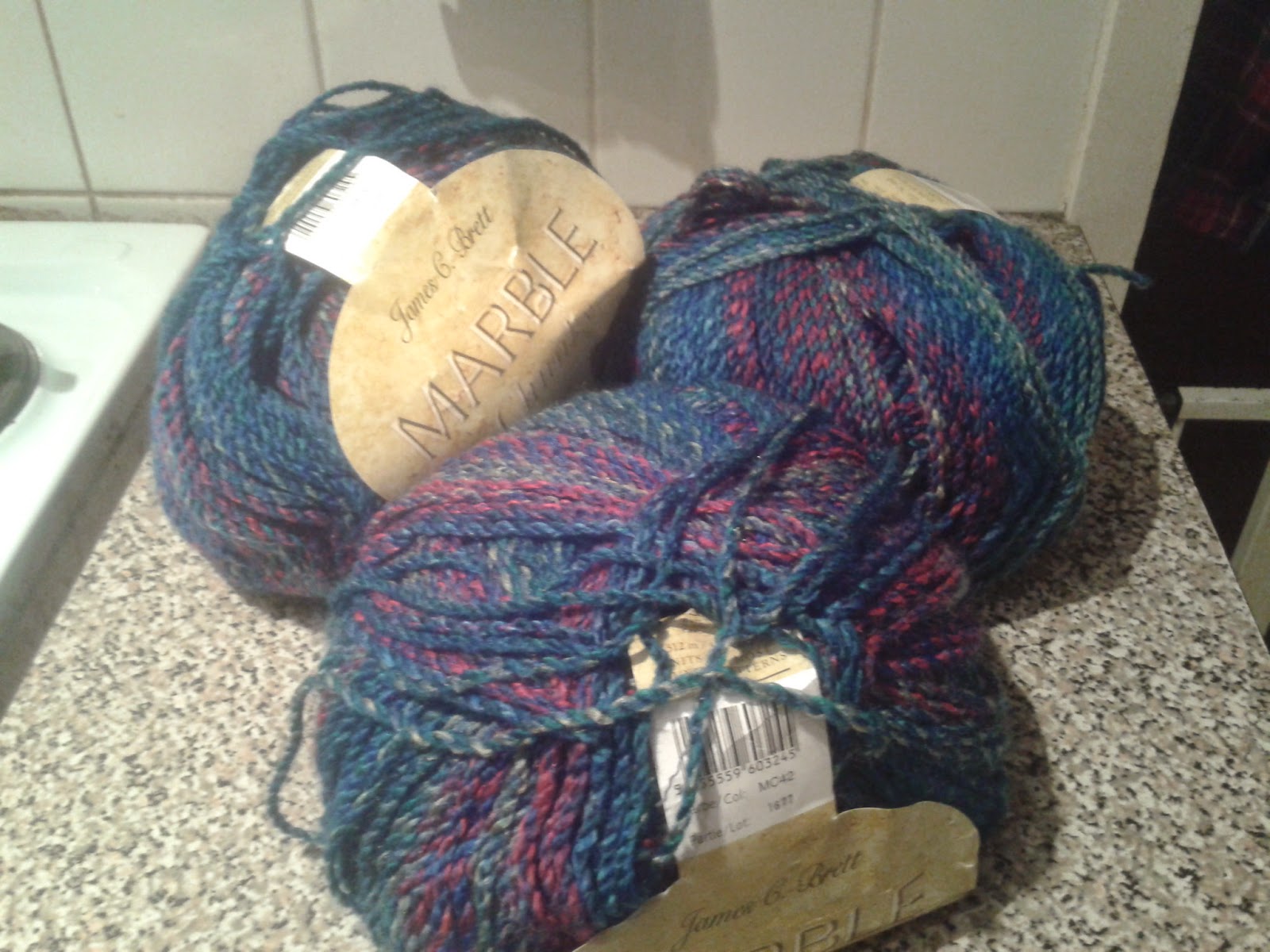 There's also a lovely toy shop there that sells some fantastic puzzles and Lego sets, the boys all bought some of the latter.
So the rest of Saturday afternoon was spent at the table 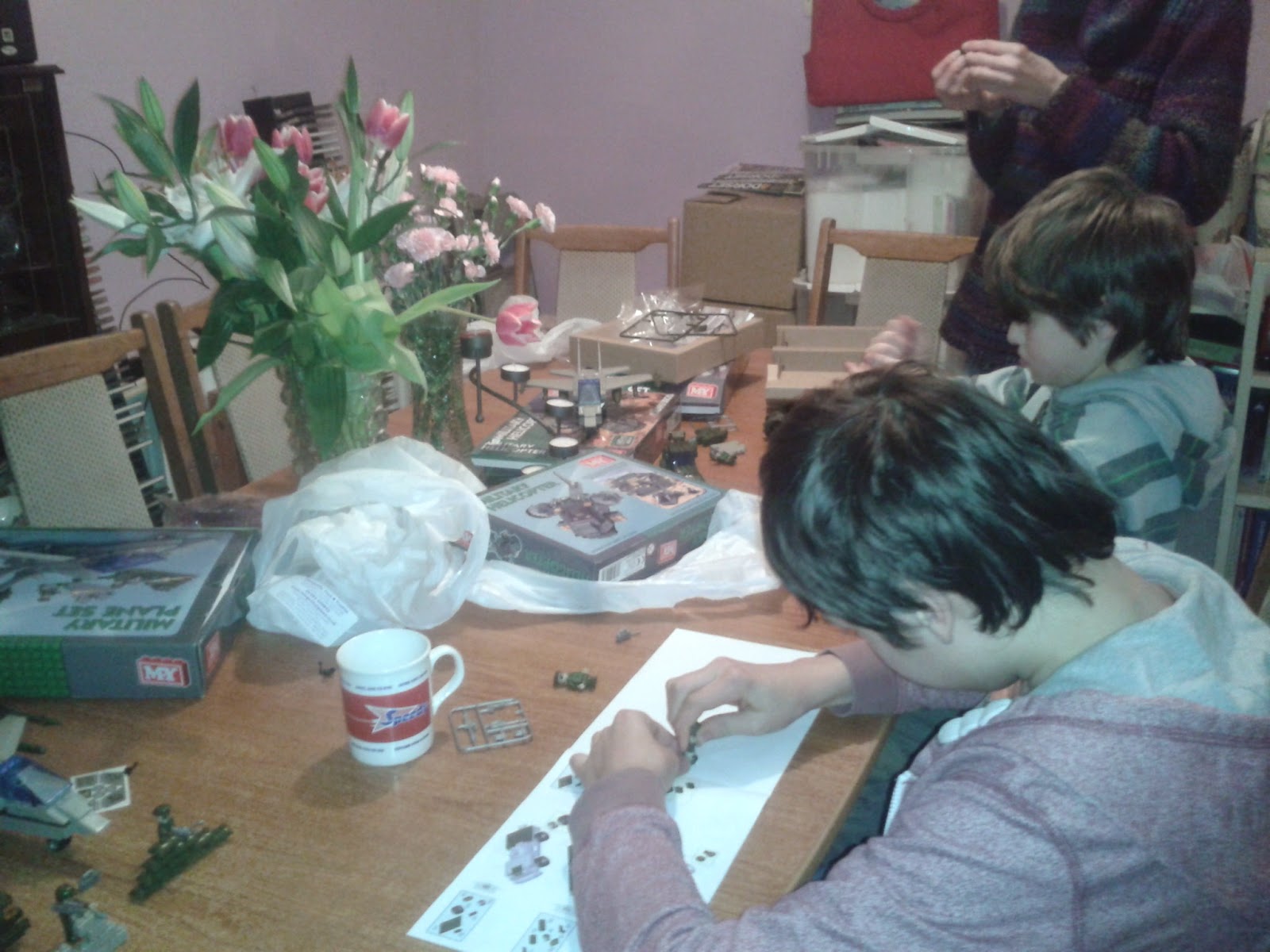 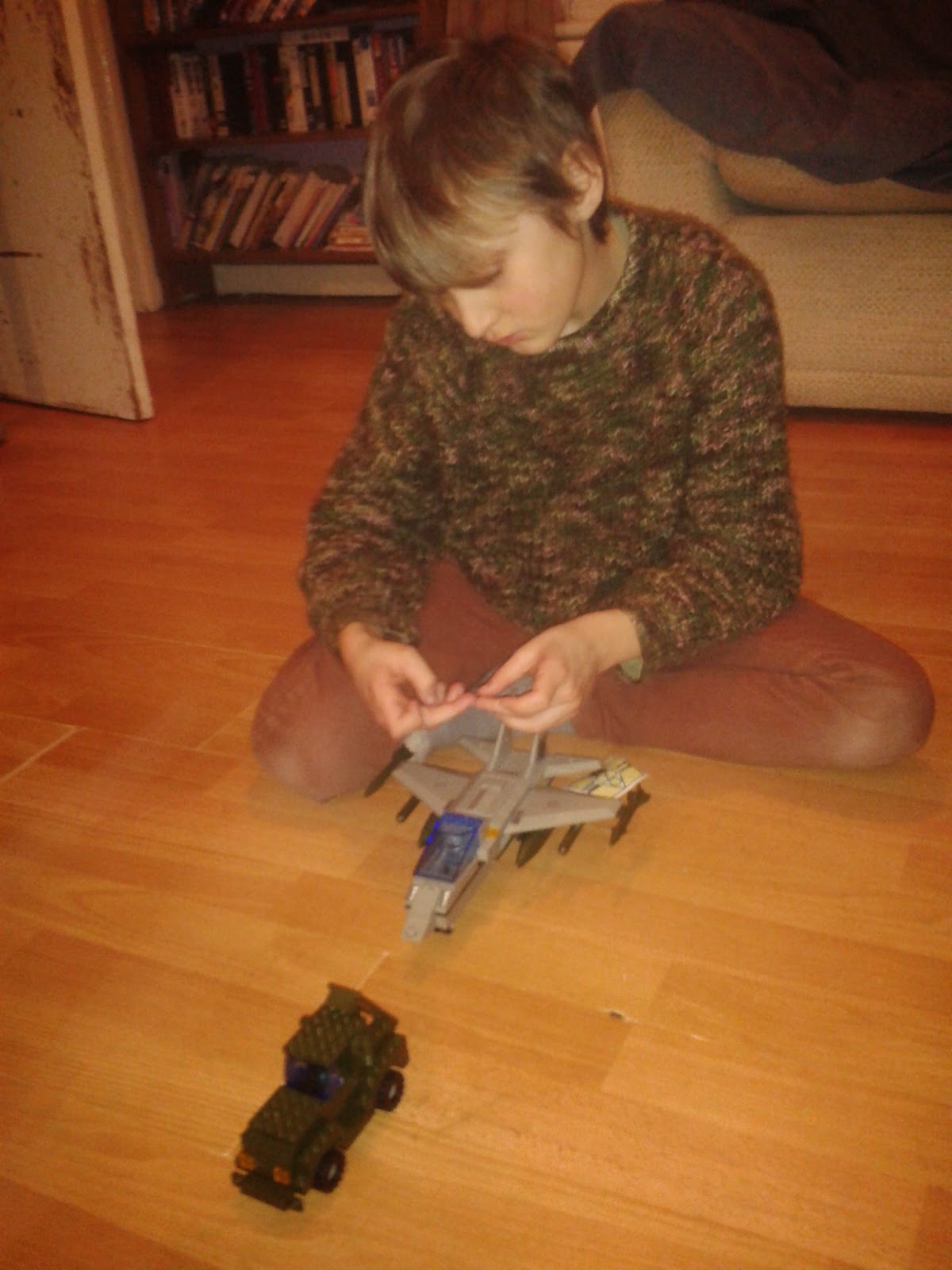 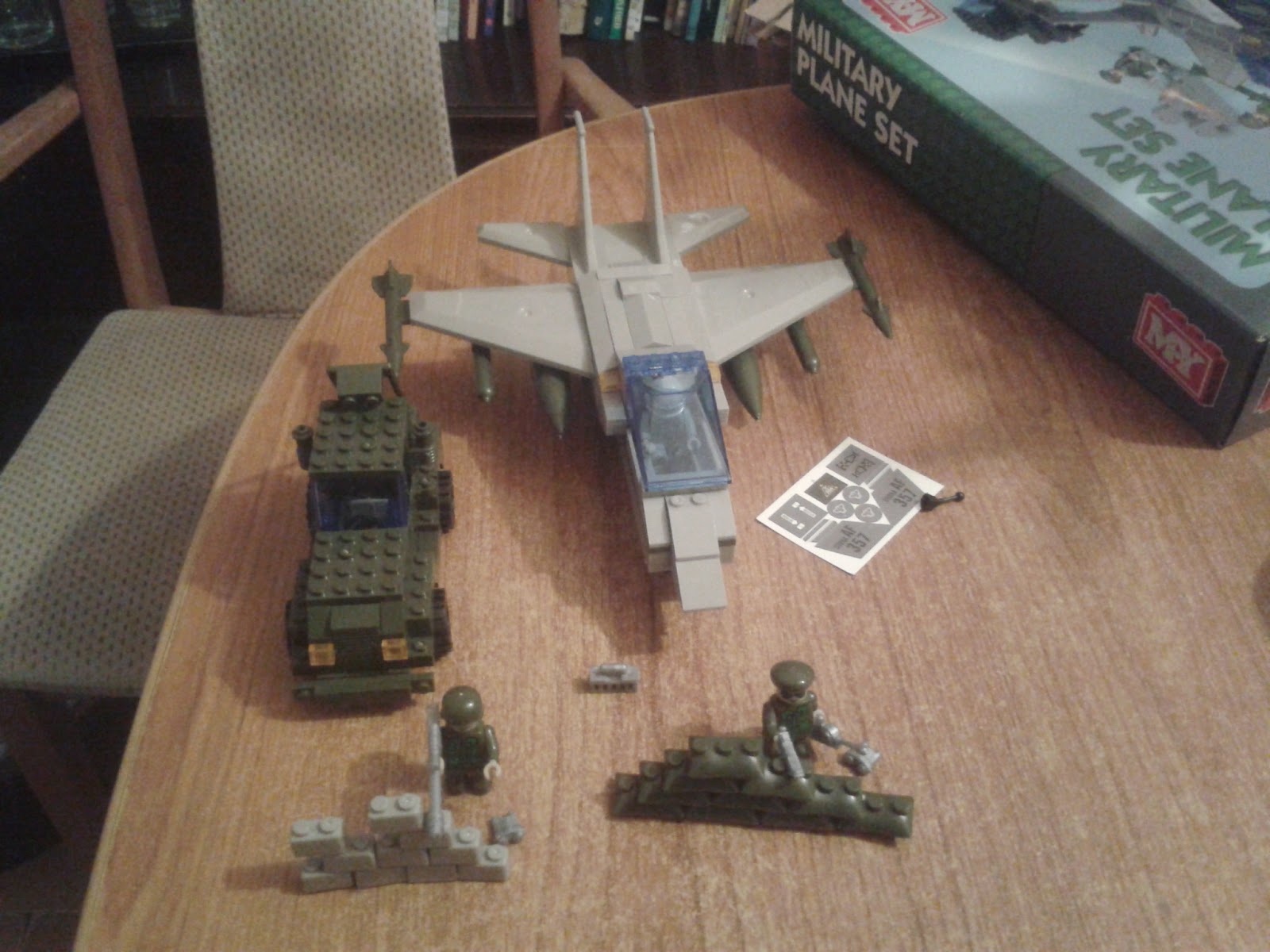 We went out for breakfast on Sunday morning at our favourite place where all the boys eat free so we only pay for Malc and myself.
The afternoon was spent doing some jobs like the bathroom and catching up on the washing and ironing to help Malc whilst I'm away.
Callum and I have packed a few things.
I probably won't be around for a week or so as there's no WiFi on Callums ward! Good job we both knit!
So I'll see you the other side!
Posted by Bridget at 19:48