Two snowmen and a snowdog!

The boys were up again and dressed by 7-30am and playing out the front with some of the children that live in the road before those children had to go to school.
One of the pros of homeschooling is that we can take advantage of snow events and the boys played out all morning.
They made these.
One snowman 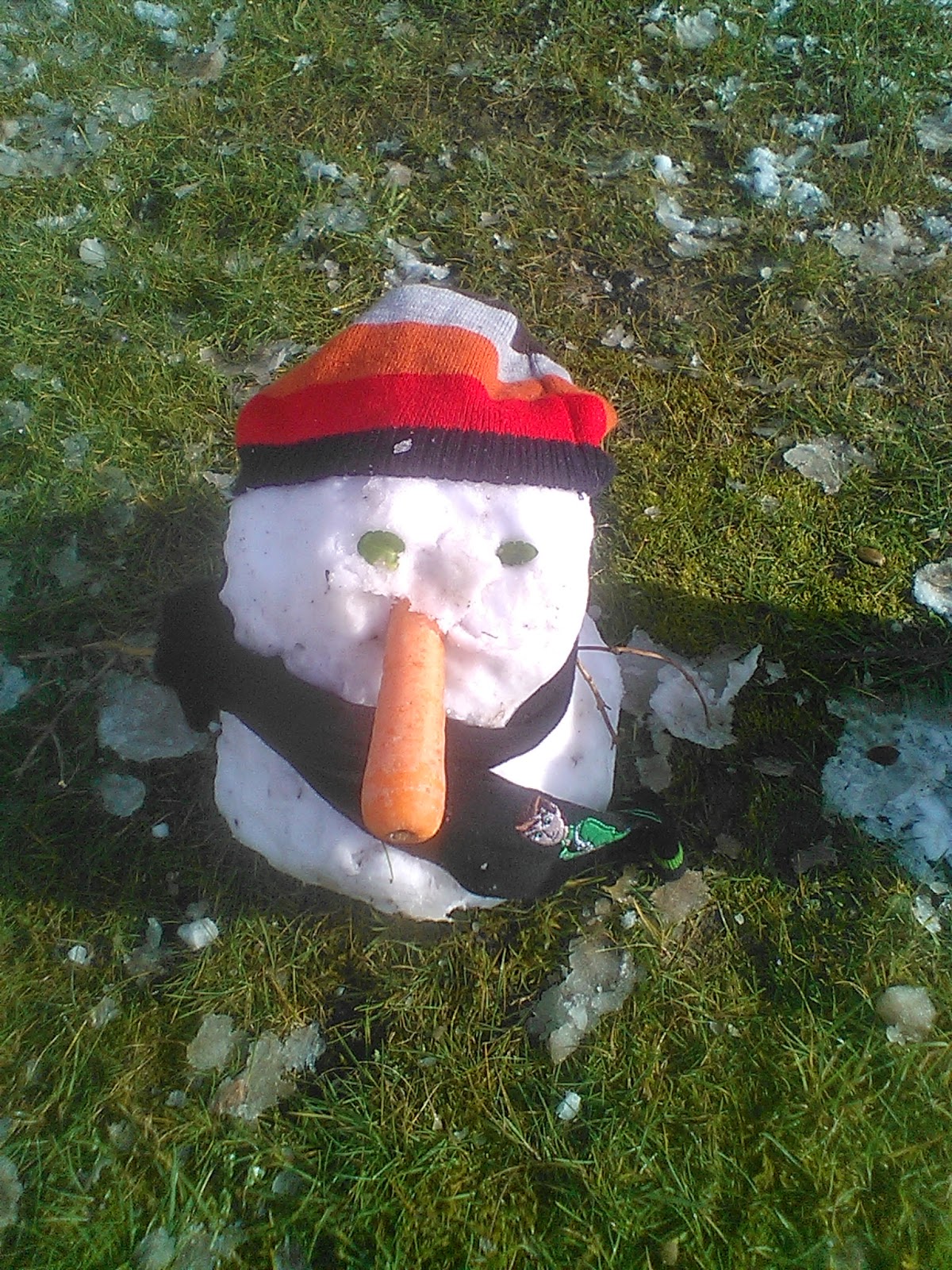 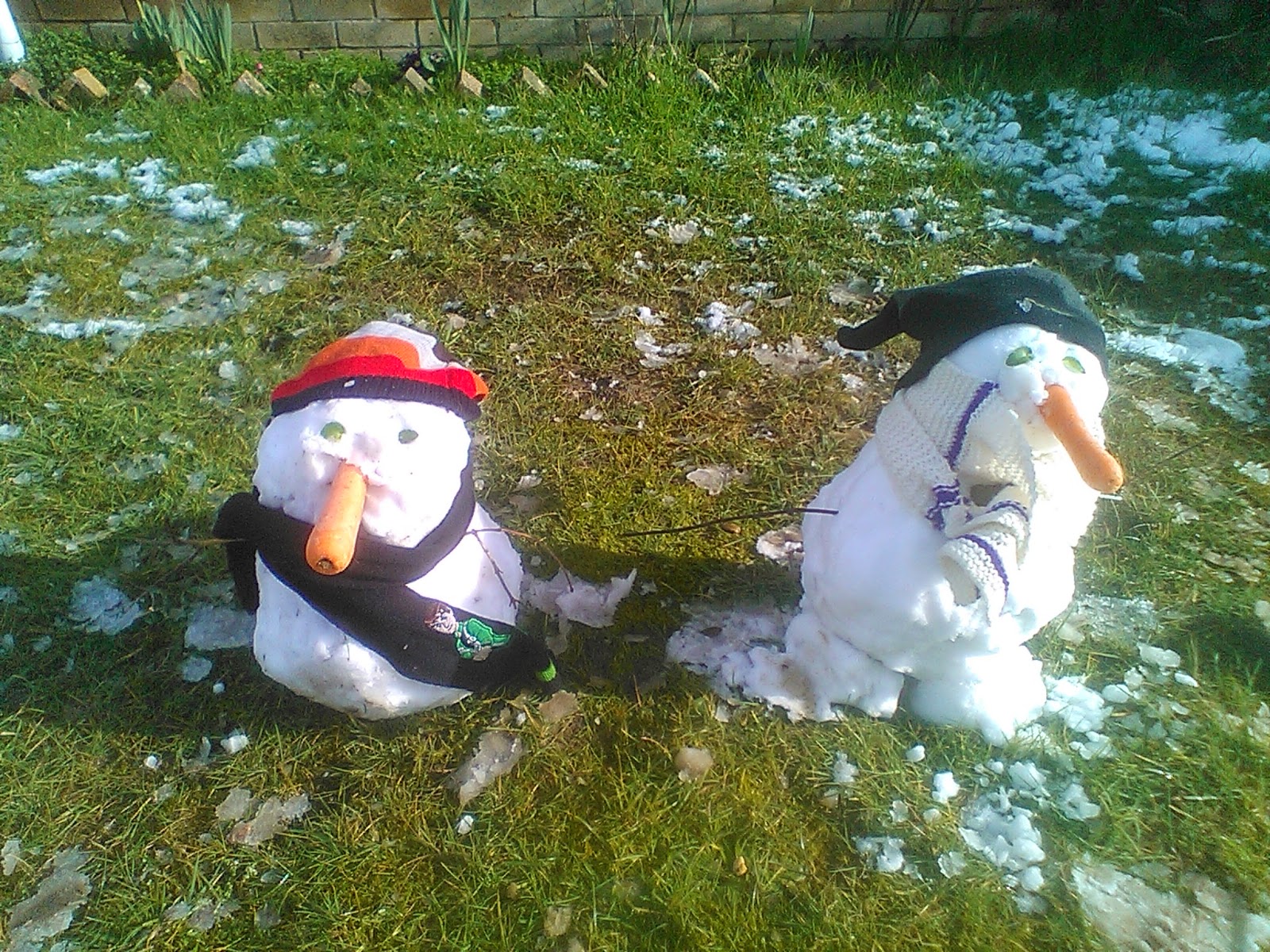 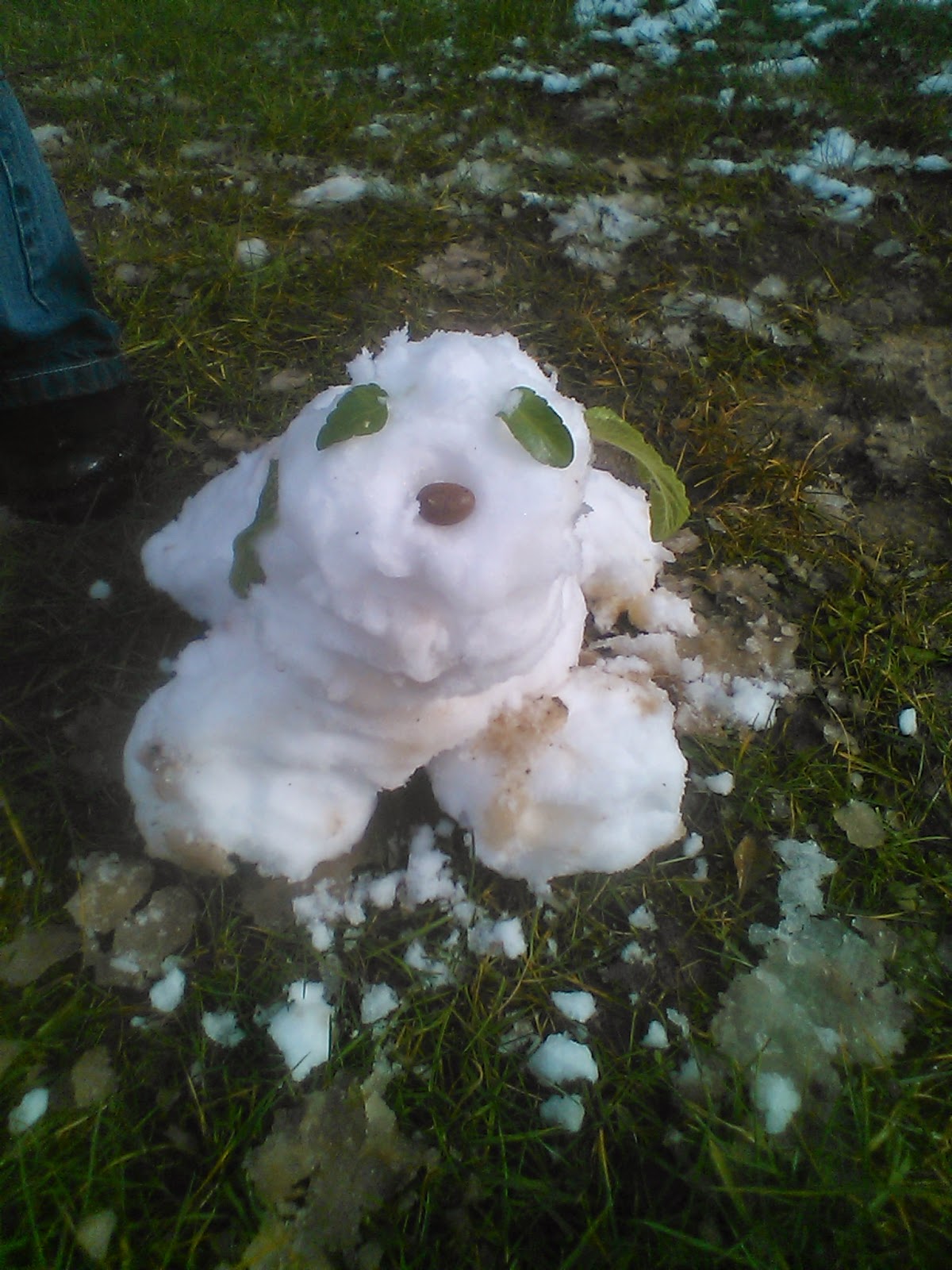 A picture of all three 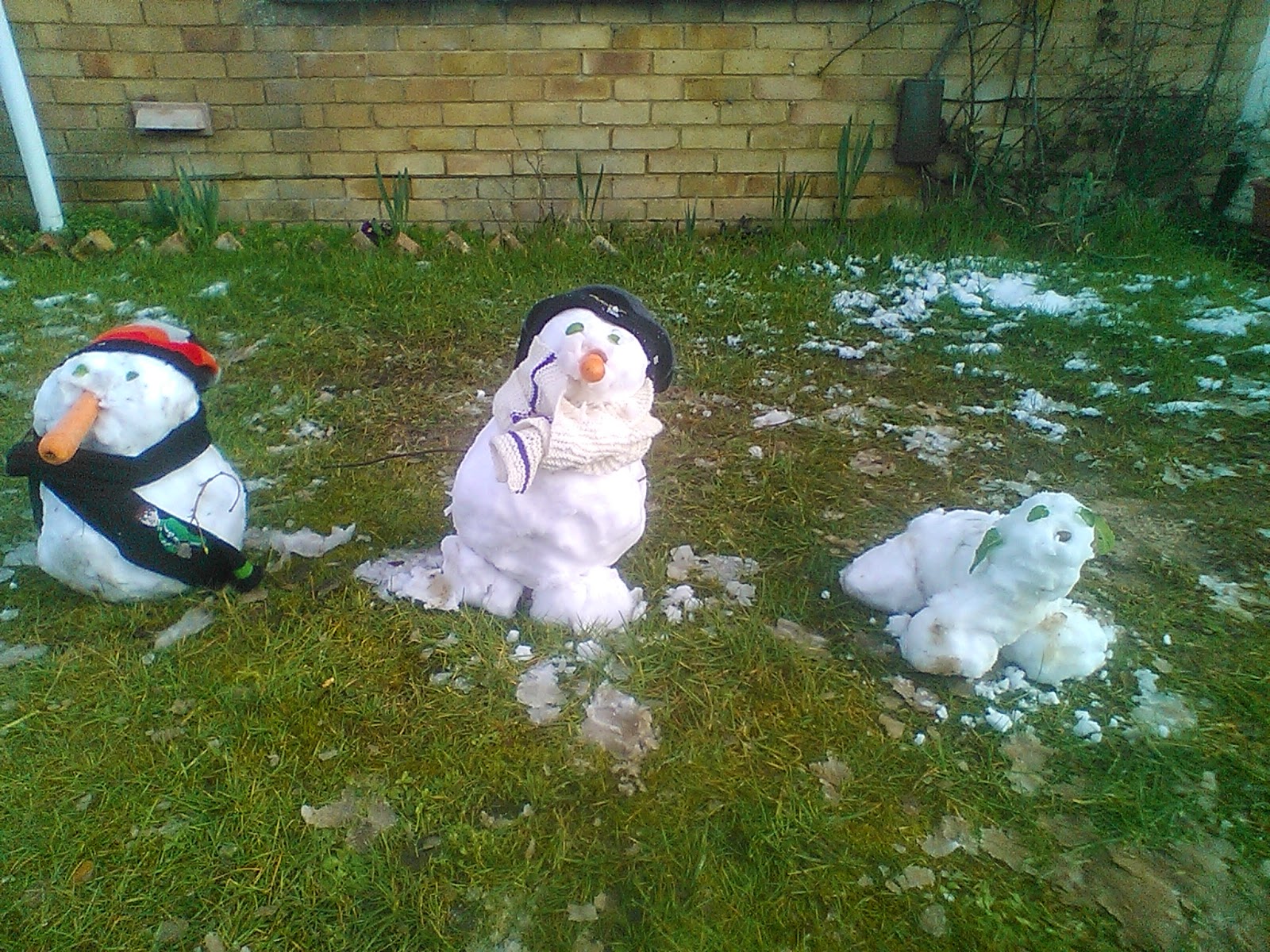 Edens school called at about 11-30am saying she was ill so could we go and pick her up, which we did.
Apparently she couldn't stop sneezing and the teacher told her to go to the medical room as she was distracting the class! They couldn't stop laughing at her!
To make matters worse she went outside to wait for Malc to pick her up and there were a couple of Yr 7's there playing in the snow and one of them hit her with a snowball! She was not amused!
So she's tucked up in bed with a hot water bottle.
Hopefully she'll feel better as she's got a Maths mock "A" level tomorrow followed by her first driving lesson straight from school.
We were at Southampton Hospital yesterday with Callum for his pre assessment for his operation which is in a couple of weeks.
The operation will last about five hours but with them setting up and recovery we won't see him for about eight hours.
He'll be in ITU for one night and then hopefully be back on the children's ward.
He was really good yesterday as it's been an uphill struggle to get him to acknowledge that he's having the op, let alone talk about it!
I will be staying in with him as it's too far to come home and back every day, Malc will come up a couple of times to visit but he'll be there all day of the op.
Thankfully Eden will be on Half Term so she's going to look after the other boys for us.
The children all bicker and argue but I love the fact that they all pitch in and help when it's needed in a situation like this.
In knitting news I've finished crocheting a tunic for my Mum and some more bedsocks for a friend, unfortunately I packed them both off before I thought to take a photo!
I'm now doing some premature baby hats for Joes charity.
I'm now going to blog hop to look at everyones snowmen!