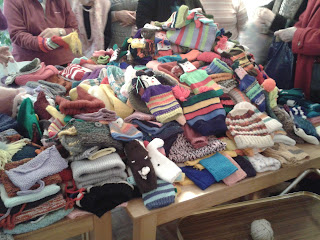 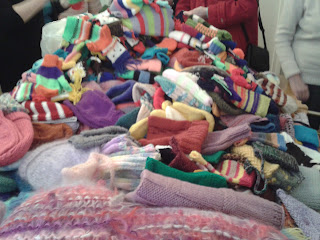 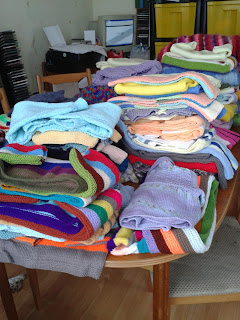 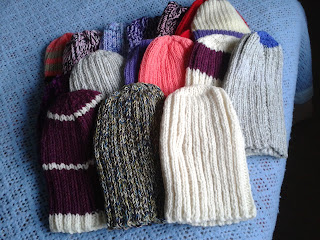 ﻿I also said in my last post I would include a picture of the hats I've been knitting but again I kept forgetting to take photos! I managed to take this one, it's only about a third of them but the others were packed and gone before I remembered.
Hopefully I'll get better at this!!
Posted by Bridget at 19:34