Is what I'm going to be doing.
I have spurts  where I love blogging and I get ideas for posts in the funniest places doing the most mundane of things and then I get other times where I just can't be bothered.
The heat hasn't helped, I had about three nights at the beginning of the week with hardly any sleep which sends any motivation out the window.
Our van still hasn't got a MOT!
It went into the garage last Monday and welding and brakes were worked upon. We were told the problem with the headlights  was the relay only to chase round everywhere trying to get one, fit it and they still didn't work. Then we were told it's the connection, couldn't get one until the next day only to find that didn't work either!
The garage finally found something wrong with the electrics, they fixed it and we took it for the retest and it failed again. The back brakes weren't balanced. Took it back to the garage who stripped it all down again only to find the back brake drums are warped so the back brakes will never balance until they are fixed, therefore it will not pass the MOT. So the van is off the road, we put it in 10 days before the old one ran out so we would have time to get it all done and the old one finally ran out yesterday!
To say I'm cheesed off would be an understatement!
It's back into the garage tomorrow to get the drums done so I've no doubt you'll be hearing more of the saga as it unfolds.
The boys did the carnival 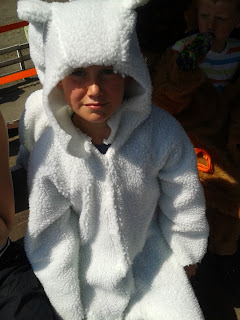 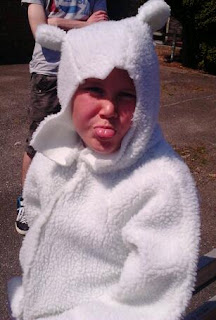 It was about 27° and they had to be sprayed with water as they were travelling on the float.They must have been boiling! 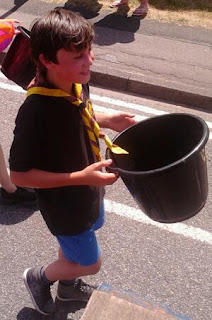 Clark walked alongside collecting money in  a bucket. There were 22 floats in all, unfortunately the Beavers didn't win any prizes. The boys came back having had a great day though.
The boys have spent most of the week in the paddling pool whereas I have spent most of it in the lounge with a fan directed straight on me doing some knitting. 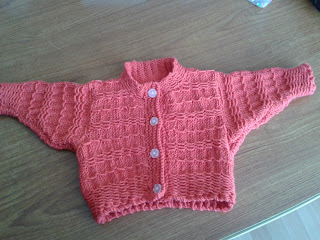 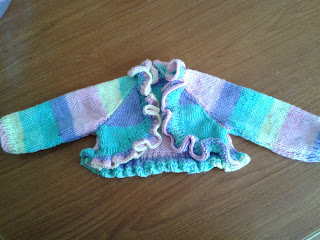 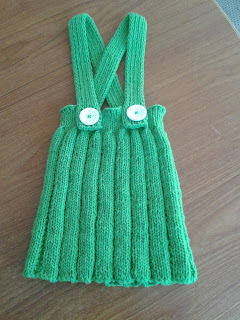 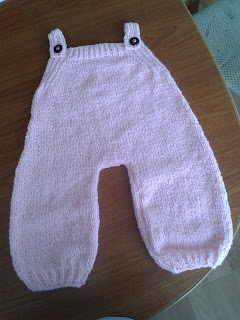 All of these are for a friend.
Callum has also been doing quite a bit of knitting too, he's made this fireman as a mascot which was requested from our local fire station through one of the knitting groups we go to. They are chuffed with it and can't believe it was knitted by a 12 year old boy. 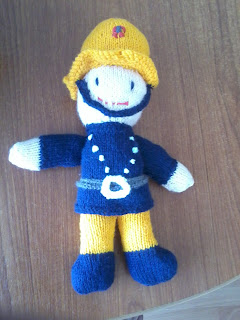 They want him to knit another one.
He's also been knitting some snakes at the request of the same group, they want them for the Christmas shoeboxes. 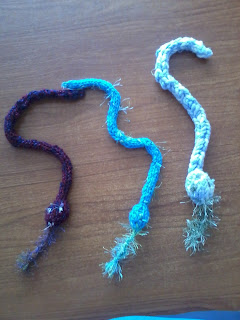 He's also been knitting dinosaurs but we've not got any photos of them yet.
Anyway onward and upwards,  I'd better go and check on the boys playing outside and I'd better get them a drink and Callum has just finished bathing the dogs so I'd better check he's cleaned the bath properly!