A party, a haircut and some pictures. 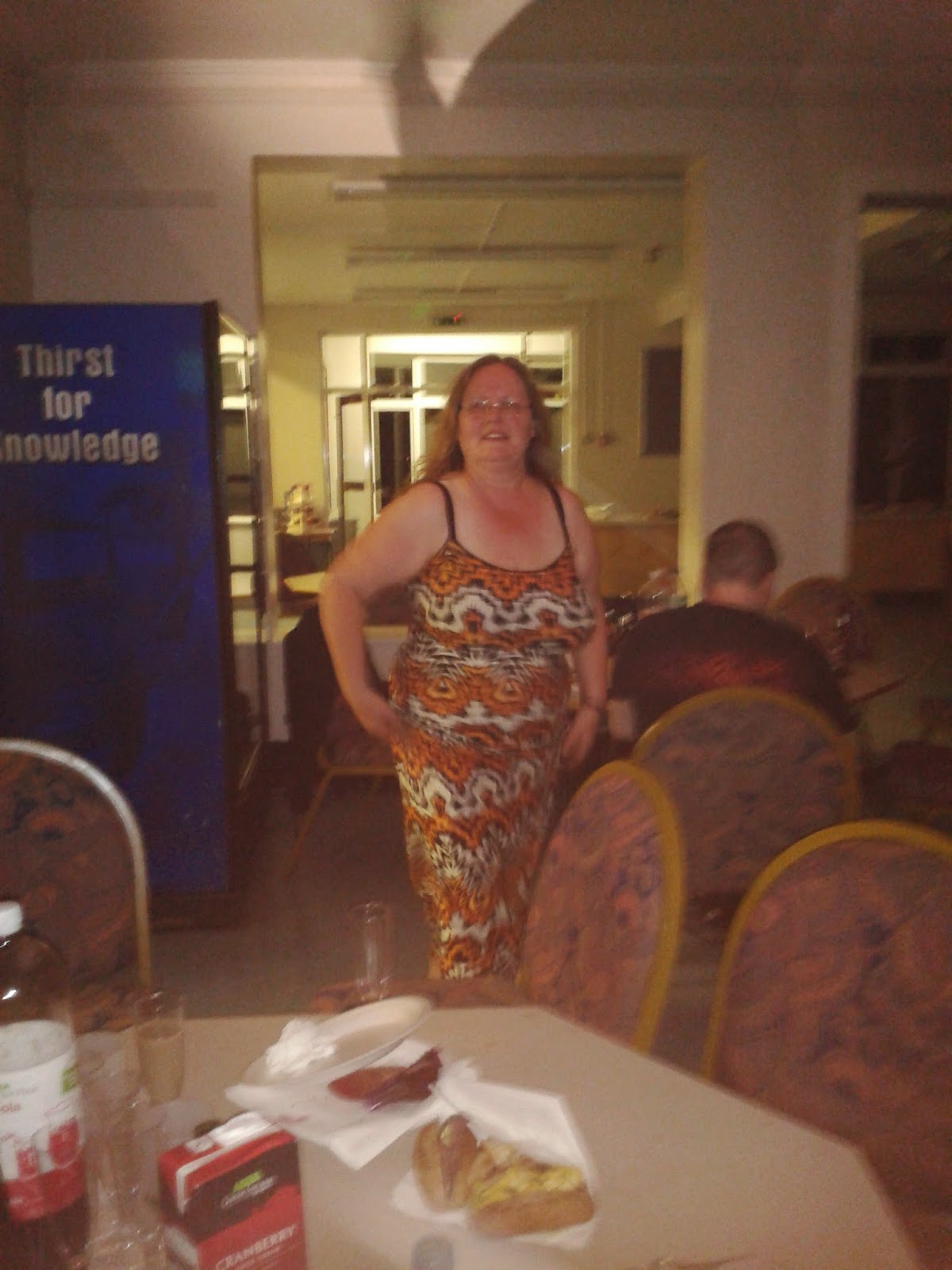 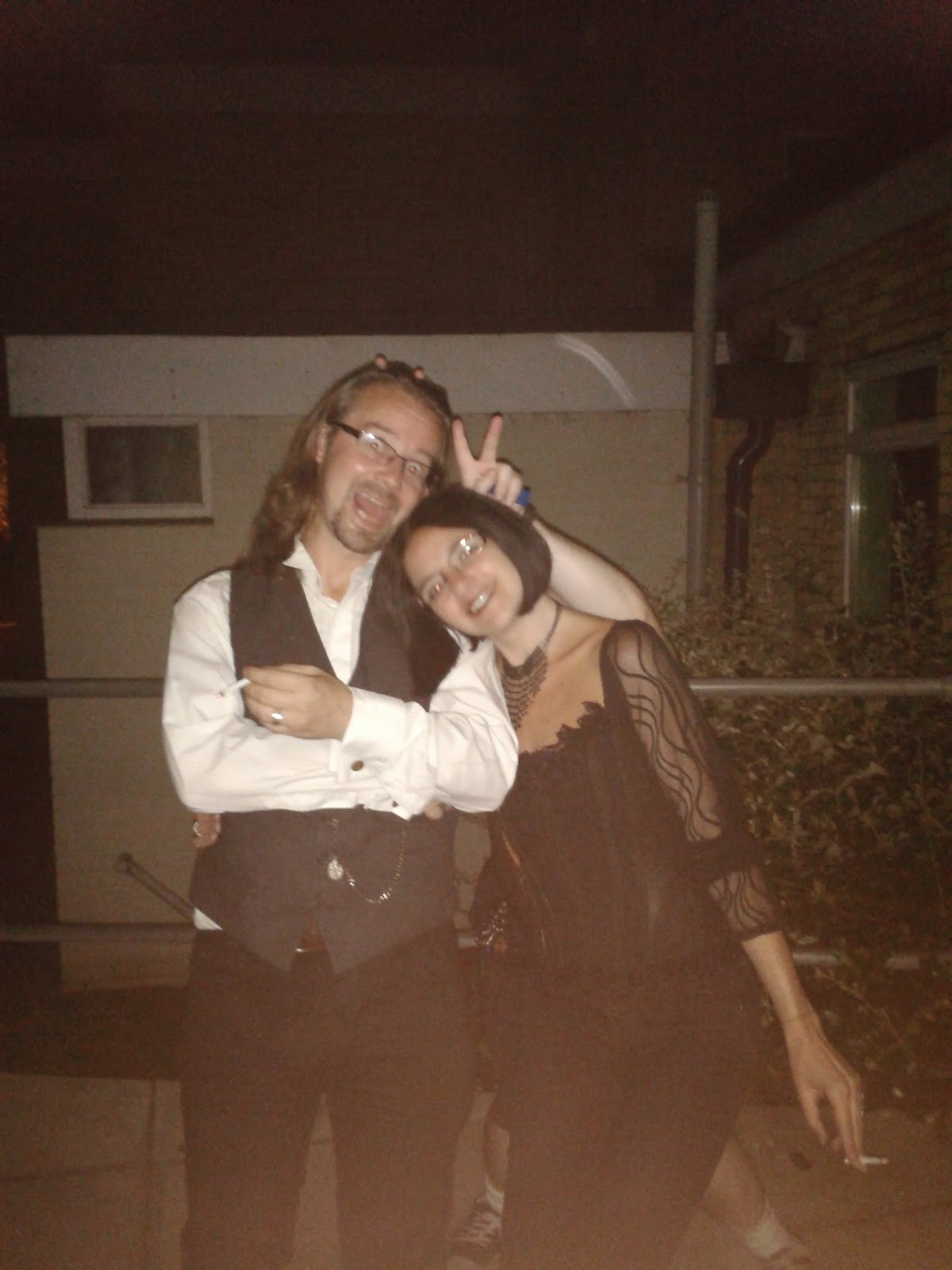 My youngest brother and his long standing girlfriend 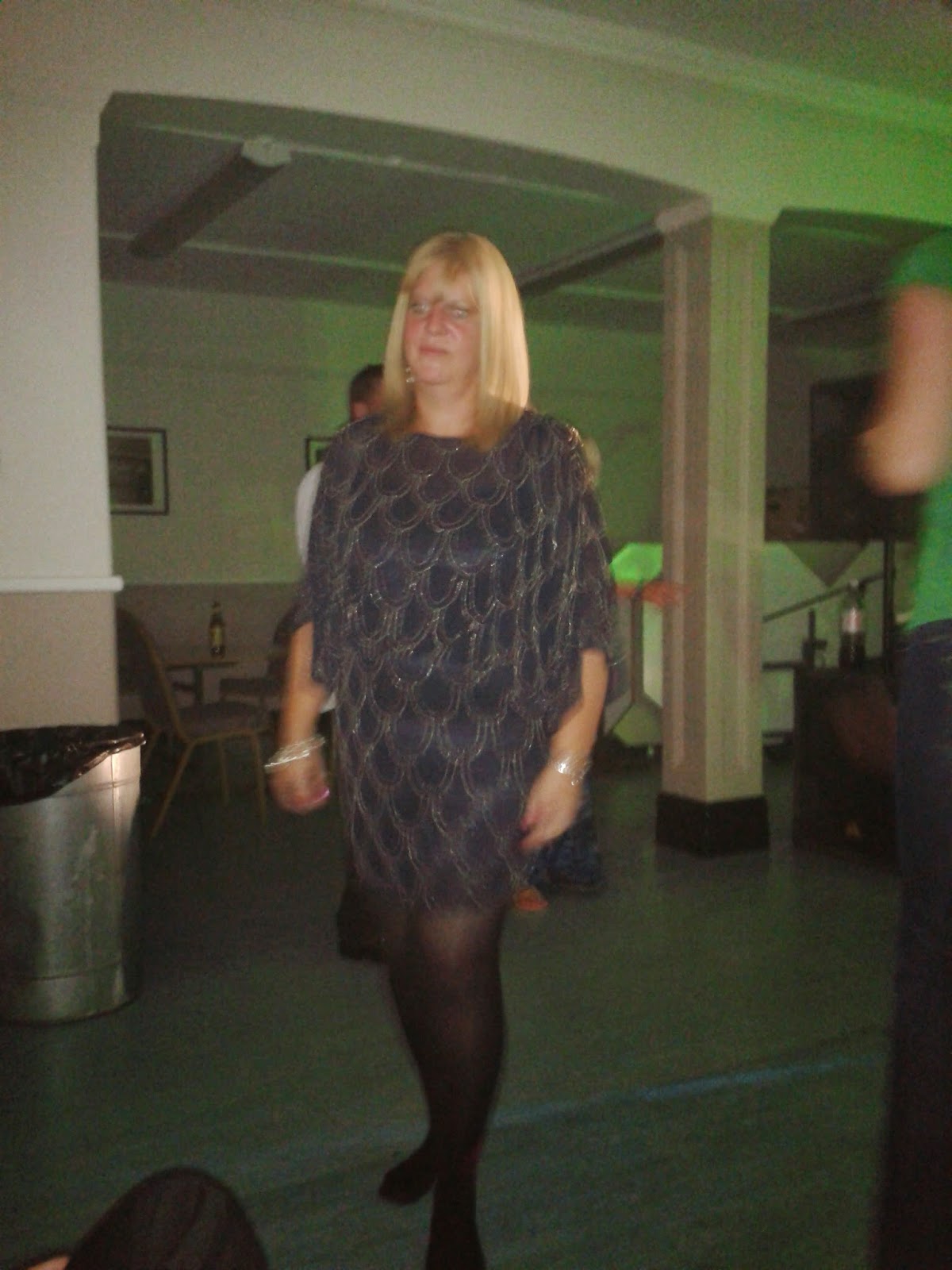 My younger sister
We all had a great time and danced the night away. It's been ages since we were altogether.
Eden sang and played her guitar and my brother uploaded a video onto Facebook, once I figure out how to upload it onto my tablet I hope to post it on here!
She's also been the  reason that I'm up at this time of the morning, as she's on a sleepover and usually texts me about 10 ish to say goodnight but I guess she's having so much fun that she's forgotten.
I've woken up and can't get back to sleep, Malc has very kindly made me a cup of tea. I'll have a look round the internet and tire myself out!
We have also had a couple of nice dog walks now that the weather's cooler.
I have also had my hair cut into a bob. I had about 4 inches cut off as I was always wearing it up anyway. I have also had my nails done and I now have some very long false ones on! Again I have a picture on Clark's phone, I just have to Bluetooth it over to me, so that's a picture for another post.
Here's a picture to end with.
Cody and Tyxall just chillin' earlier today, laying on the sofa and watching TV 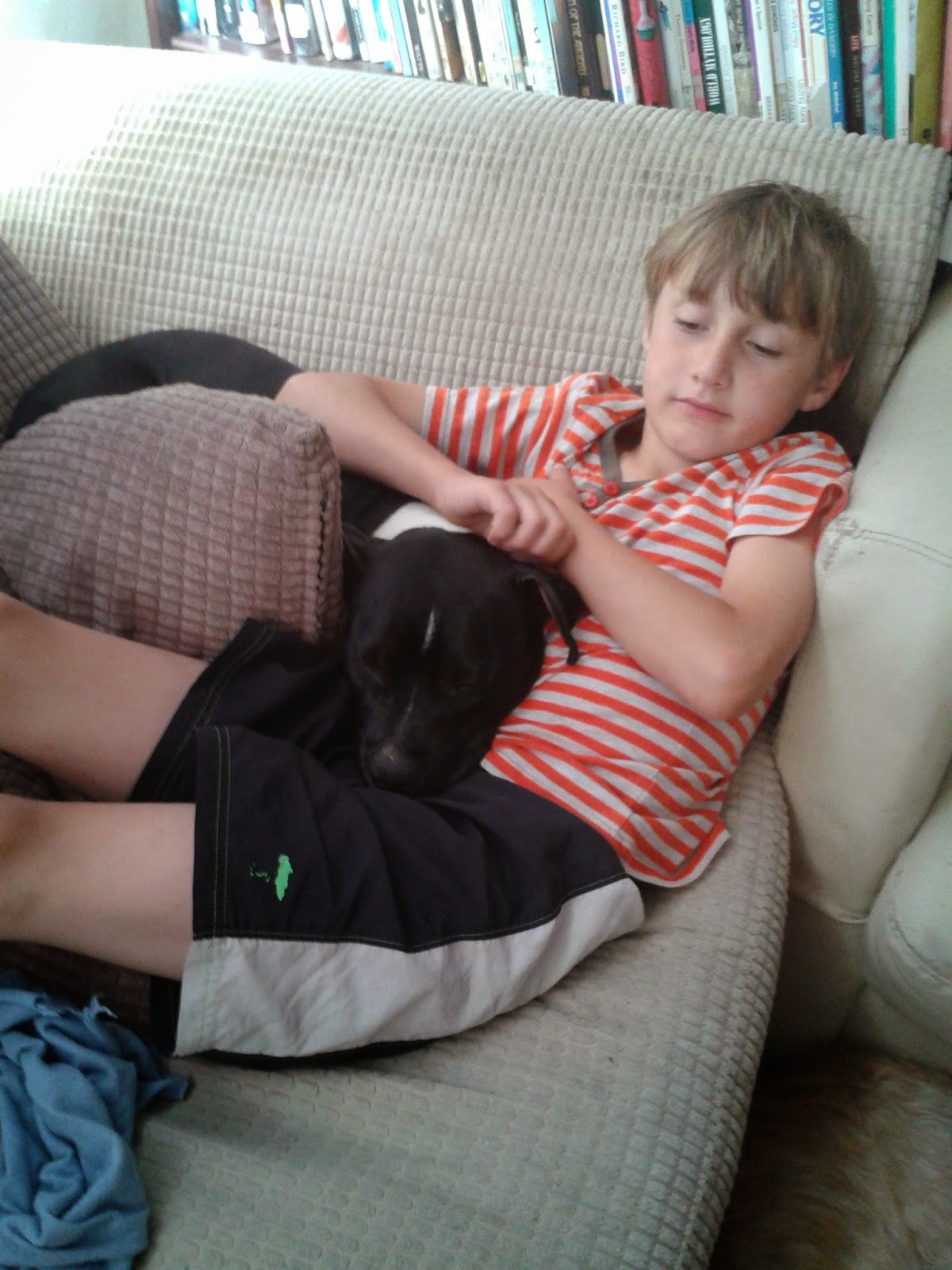 * A note added to say that my sister-in-law has had her afternoon tea last Sunday and she loved it!*
Posted by Bridget at 01:53