It's my sister-in laws 50th birthday tomorrow and we are all going to a family party.
I've been out tonight to get a new top for it.
They are having a live band but Eden's singing a set with her guitar when the main band are having a break.
So, what do you get for a present?
I have been racking my brains! I didn't want to get the usual flowers, bottle of wine or chocolates.
My brother and sister in law go to this place quite a lot.

It's run by an old schoolfriend of ours and her partner.
They do an afternoon tea which includes sandwiches, scone, cake and tea or coffee, so as it's one of their favourite places I thought I would get them a voucher for one.
Their PR picture for it 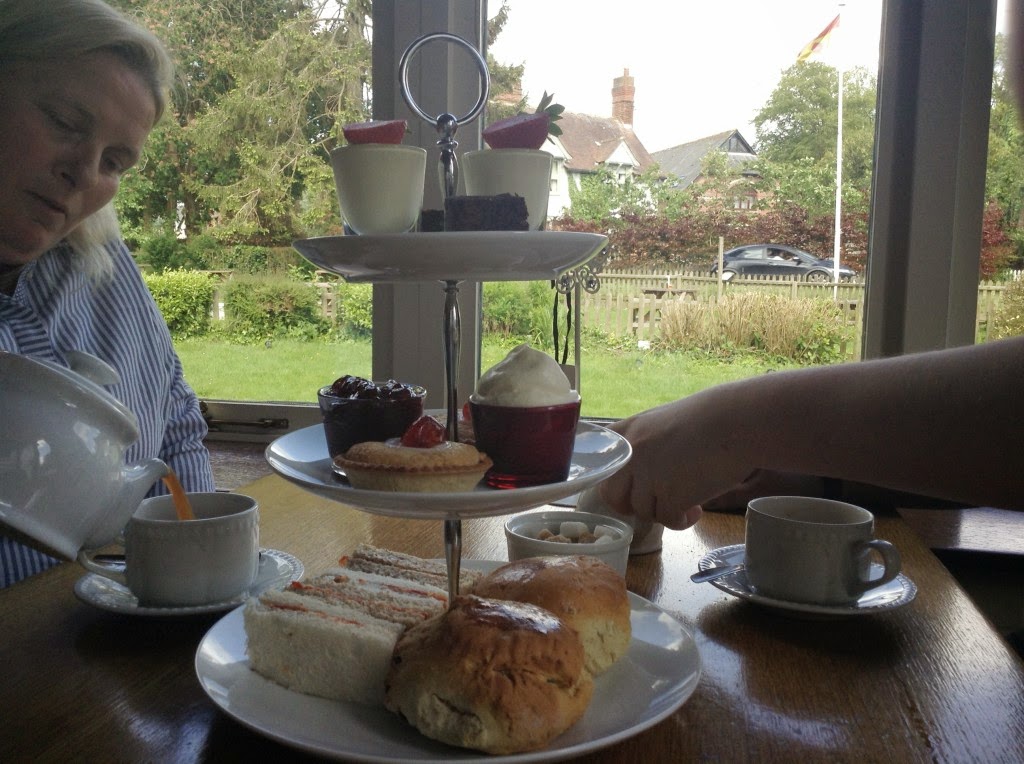 Our friend is actually in the picture pouring the tea!
So we thought we'd pay them a visit to go and get the voucher.
I have already wrapped it up but I should have taken a picture because what they do is  make the voucher up on their computer with a picture of their pub/restaurant and on it it says that the voucher is for Sally to have an afternoon tea for two to celebrate her 50th birthday and it is signed with all our names on it and then laminated.
It looks so much better than a paper voucher that you put in a card. Cody, Soloman and Ed enjoying a coke there last night.
I had a couple of ciders and regretted it during the early hours of this morning as I had a really vivid nightmare which I found it hard to get back to sleep from.
Some of you may noticed that I commented on your posts about 3am this morning! That's what I was doing whilst trying to rationalize that the dogs would go ballistic if somebody tried to enter our house as somebody did in my dream!
Malc also reiterated that before he went back to his snoring!!
Eden and I have made some birthday cards for Sally today, again I've forgotten to take pictures!
Clark is back by midday tomorrow and he will probably to have at least a couple of baths to get rid of the field he's camping in before we go out tomorrow night.
So be warned lots of pictures of us in our gladrags on the next post!