My sister-in-law has had her cream tea as I said in my last post.
Here's a picture of her and enjoying it. 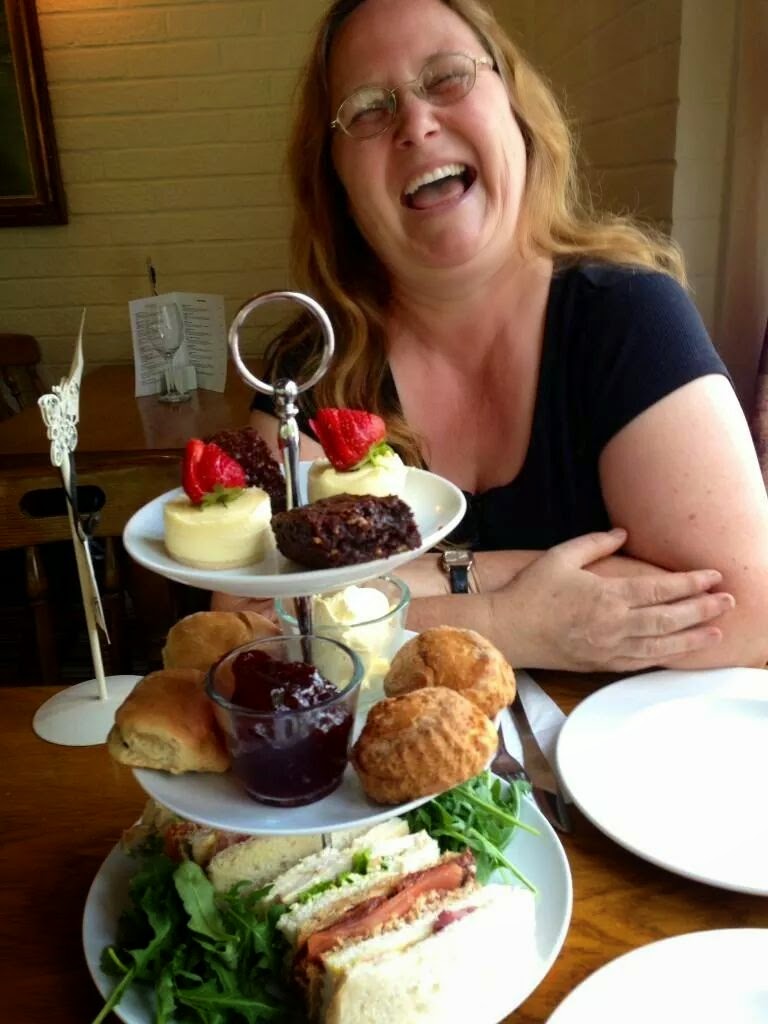 It certainly looked scrummy.
Our local council puts on entertainment at our local quay Thursday nights for holiday makers and locals alike for six weeks during the school summer holidays.
We always try to go once or twice when they are on as the children absolutely love going. So last night we met some friends down there and watched the street entertainment which included live music and fire-eaters.
My friend has an eleven week old baby so he was my entertainment!
We ate ice cream, drank coke and found ourselves a lovely bench to sit on whilst waiting for the fireworks to begin.
We sat watching some lightening in the distance in the darkening sky which was weird as it was just in one place
The fireworks last for about 20 minutes and never disappoint, last night was no exception.
My pictures are rubbish because my camera actually takes the picture about five seconds after you press the button! 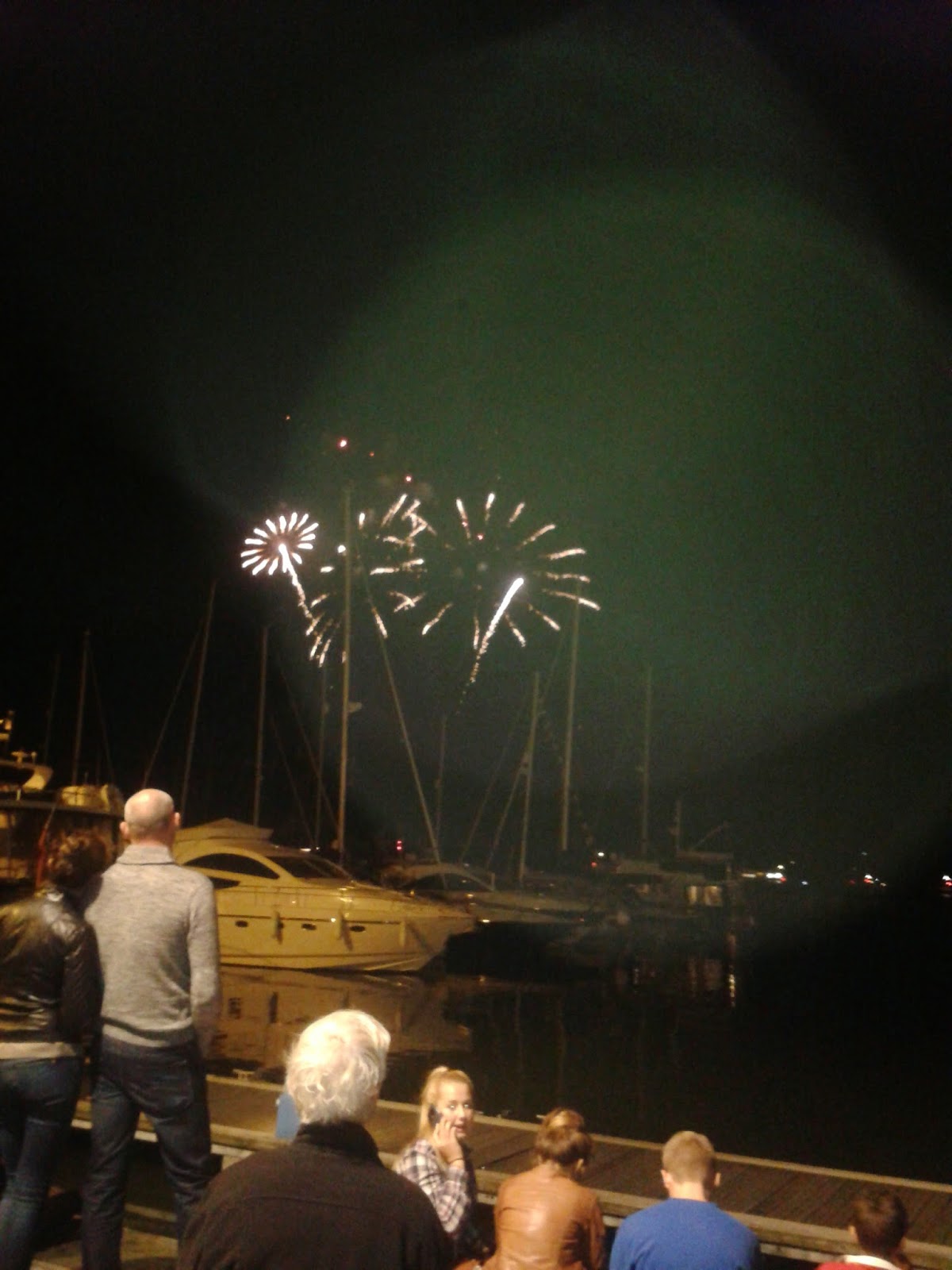 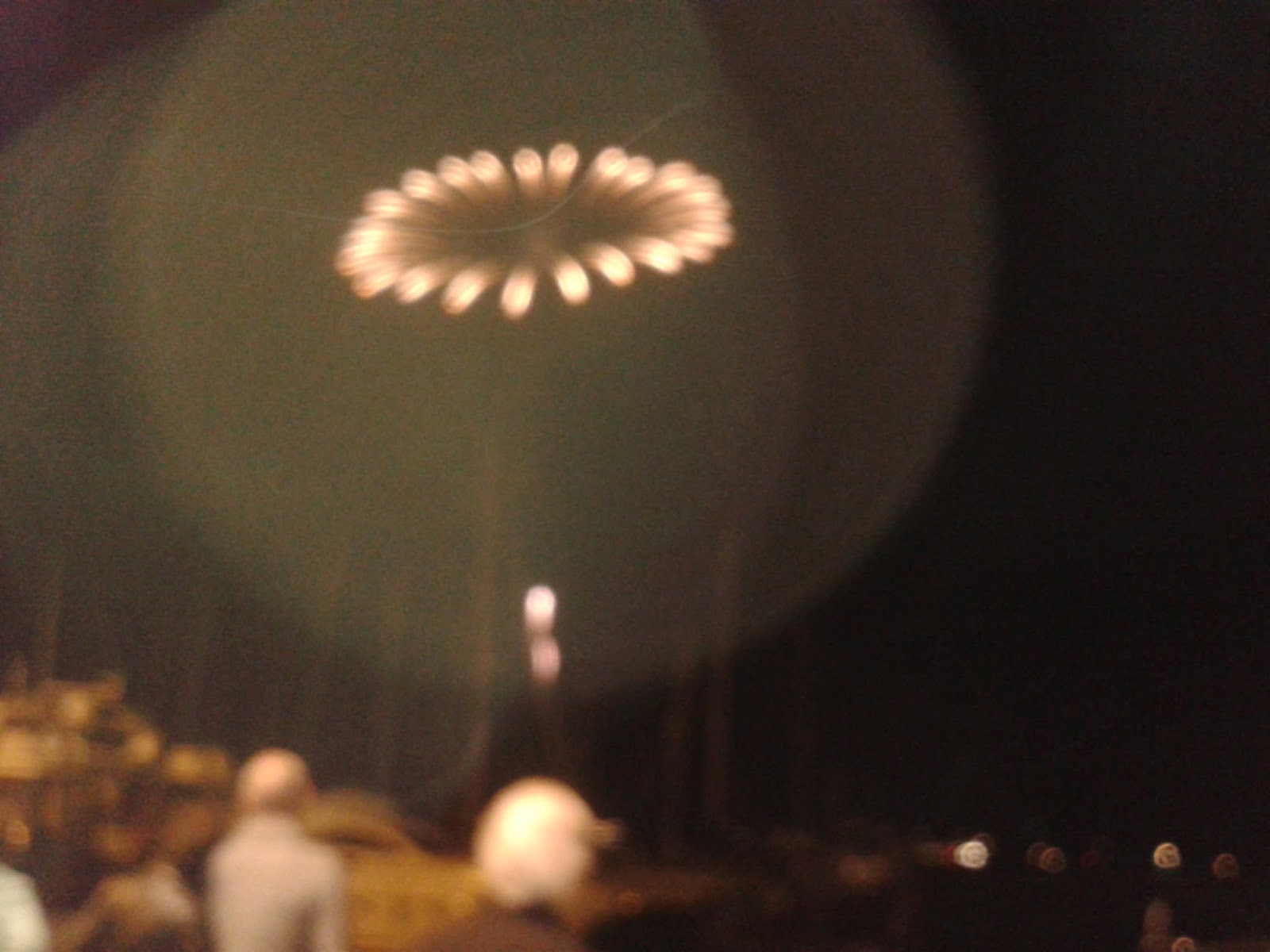 Some of them were huge, the firework would explode and you were waiting for the huge bang to follow seconds later!
Today I have worked for two clients, the boys have played on a neighbours bouncy castle for most of the day.
Eden is off to a party tonight, she won't be back to until tomorrow lunchtime.
I'm planning on spending  the evening crocheting a blanket for my Mums new puppy. I have knitted one already but I forgot to take a picture of it!
I hope you have a good weekend whatever you are doing.
Posted by Bridget at 17:39