Thanks for all the congratulations and well wishes after yesterdays post.
Clark is feeling much better today although he's still on quite a lot of pain relief.
Some pictures of him yesterday after his operation. It all seems so long ago! 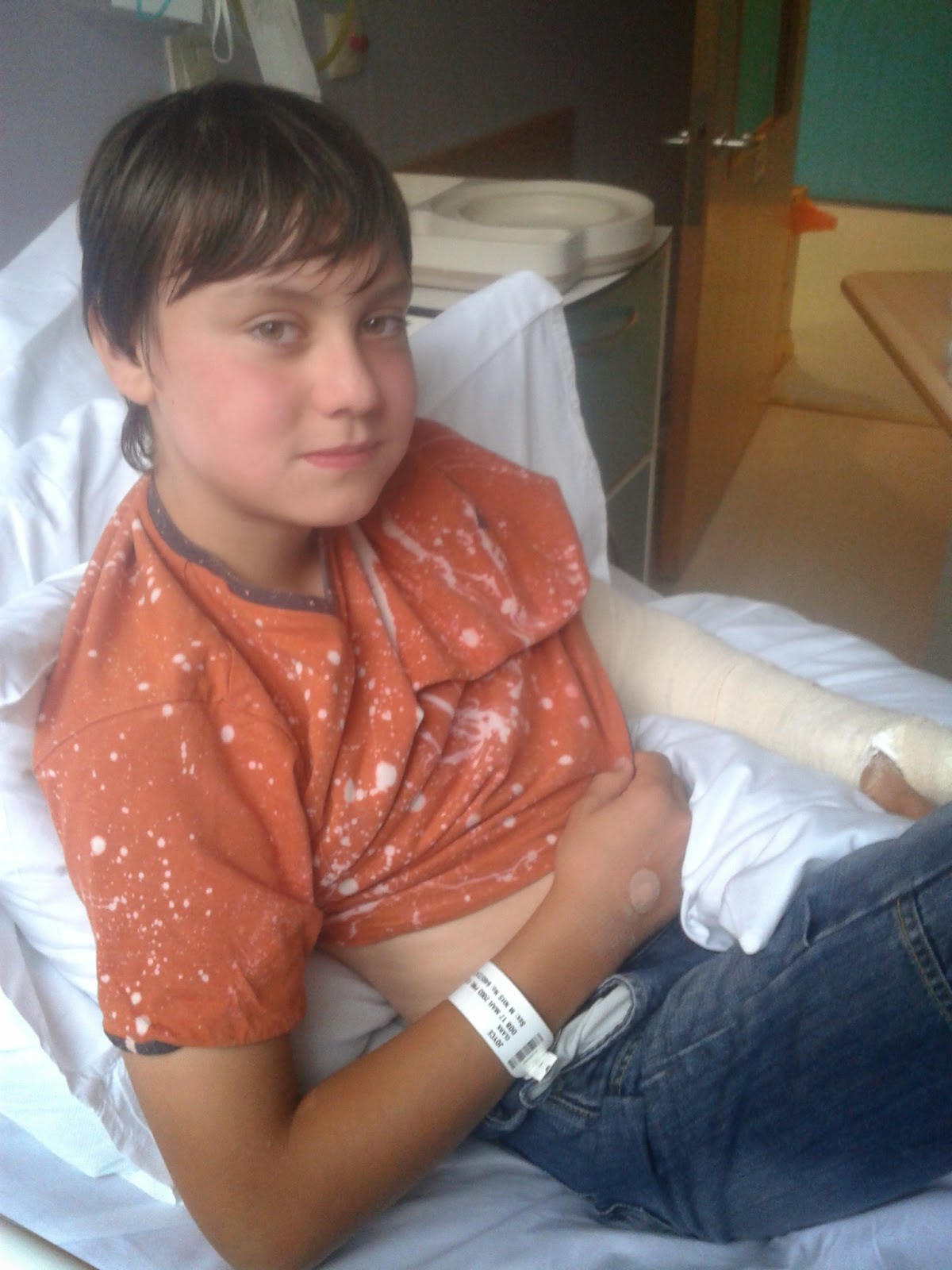 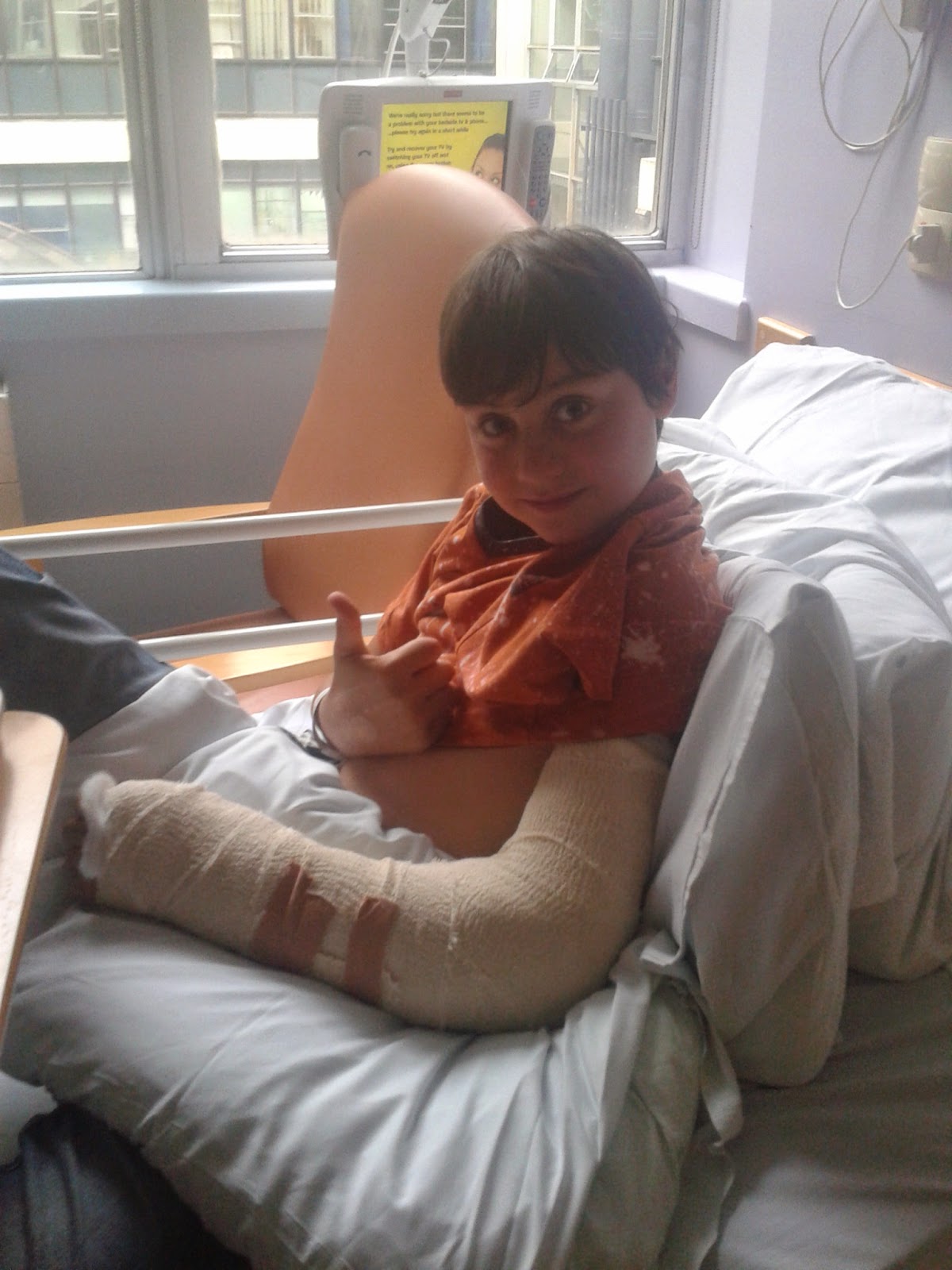 I worked this morning and then this afternoon we all got ready to go out to our favourite restaurant for a celebration of Edens exams and just to have a jolly good time after the stressful time we've had this week.
We surprised Eden with a much needed laptop to help with her A levels as she has nothing other than her iPod which isn't a lot of good for schoolwork.
Some pictures of the night, 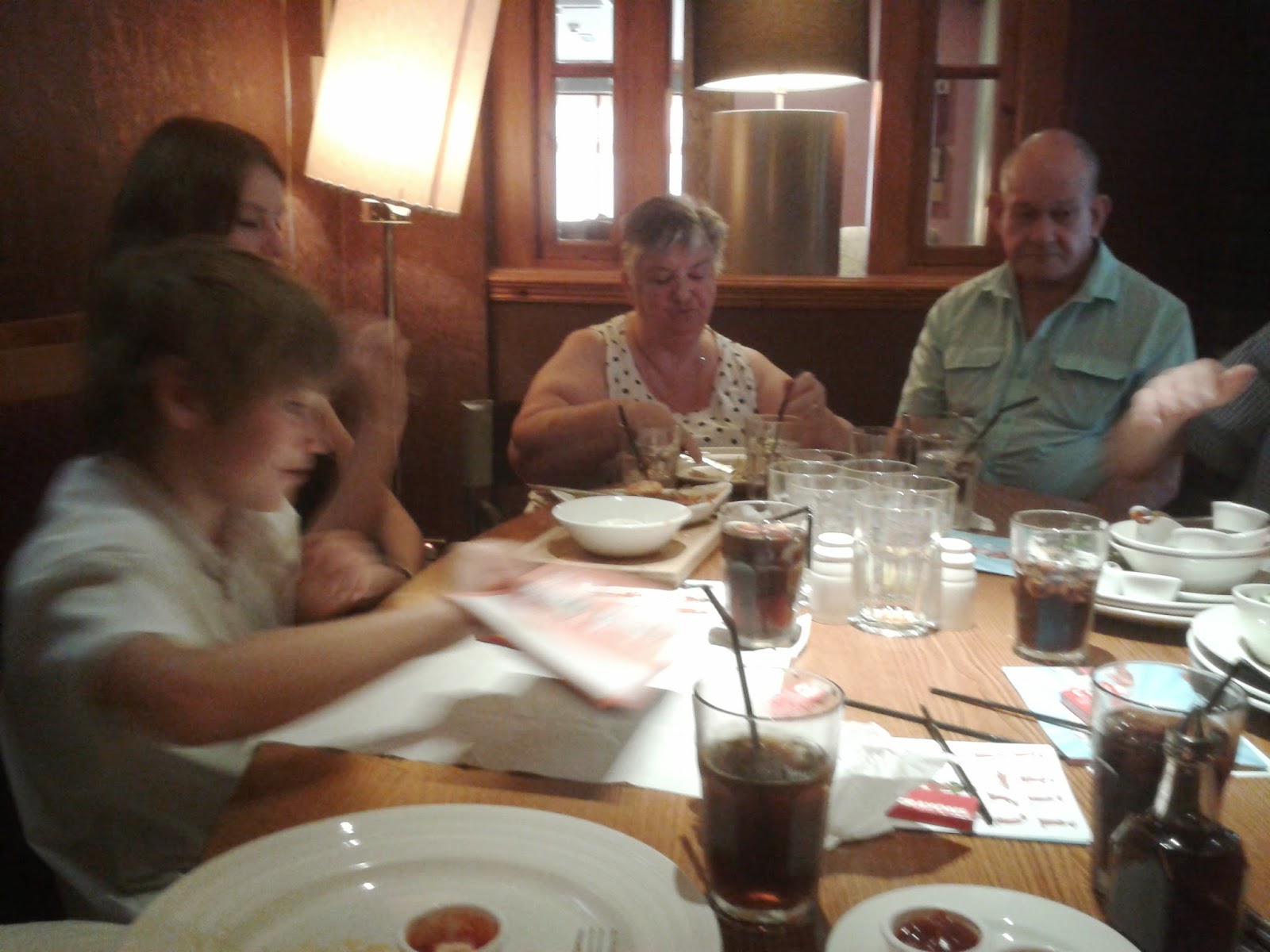 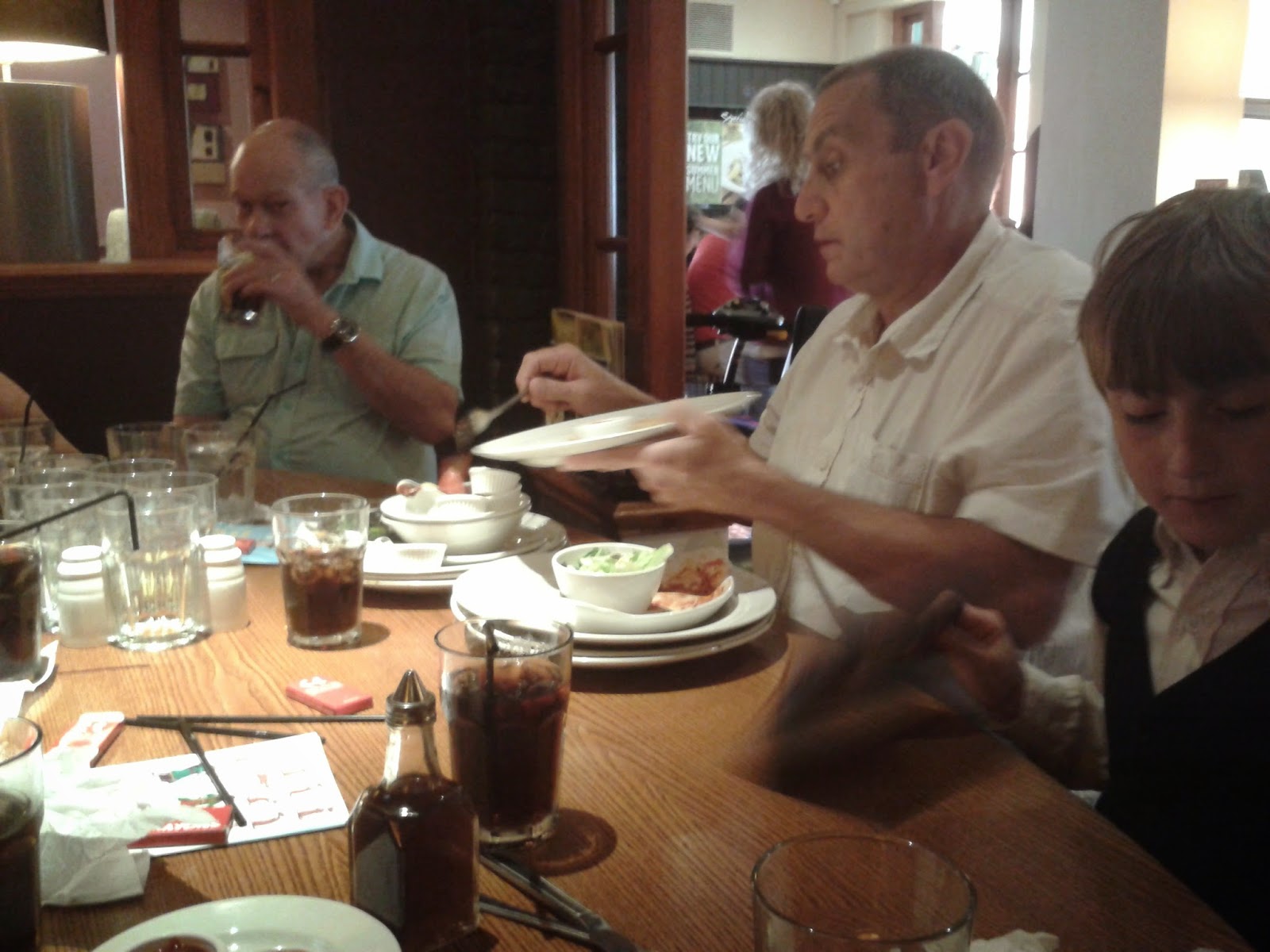 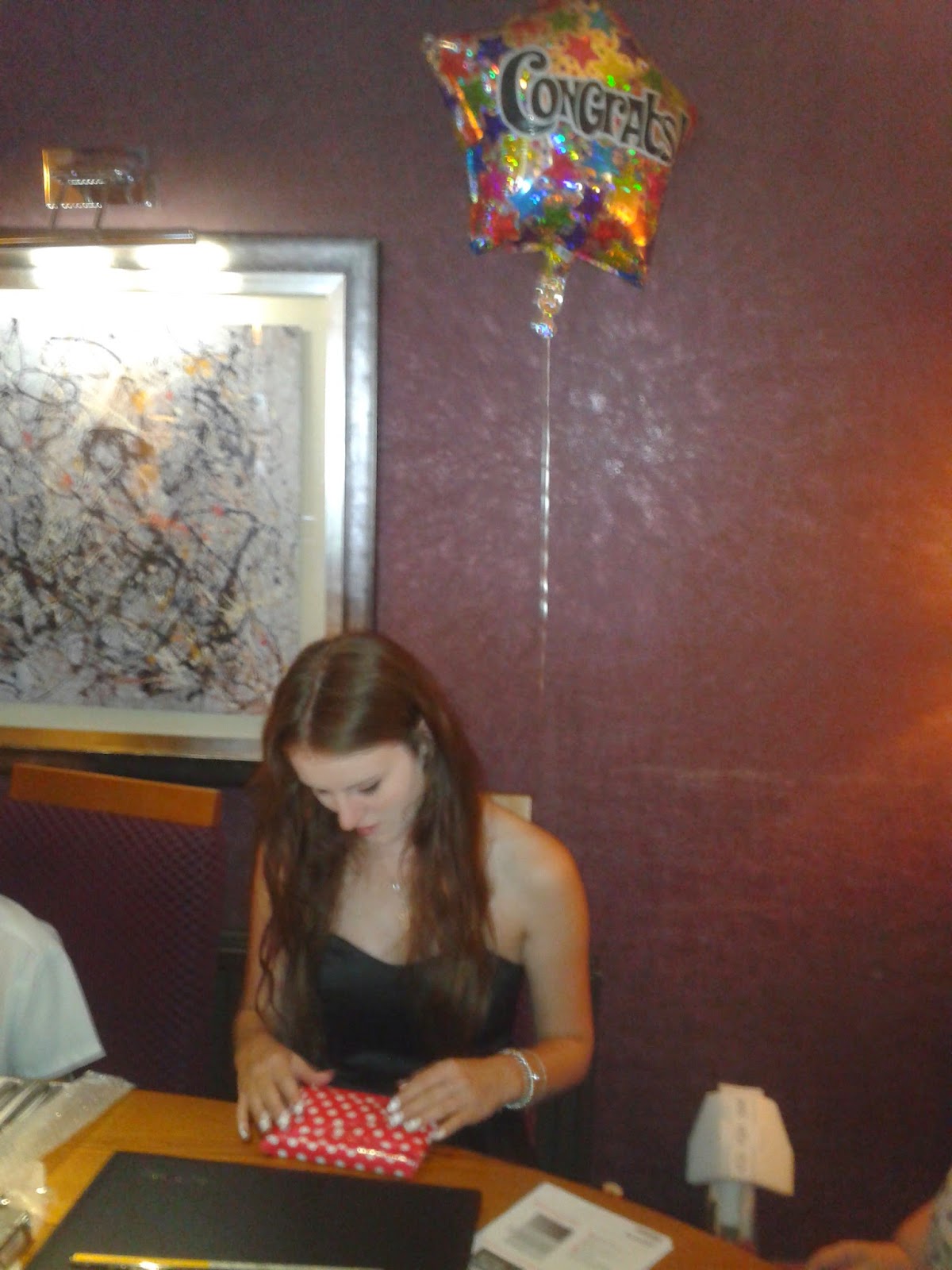 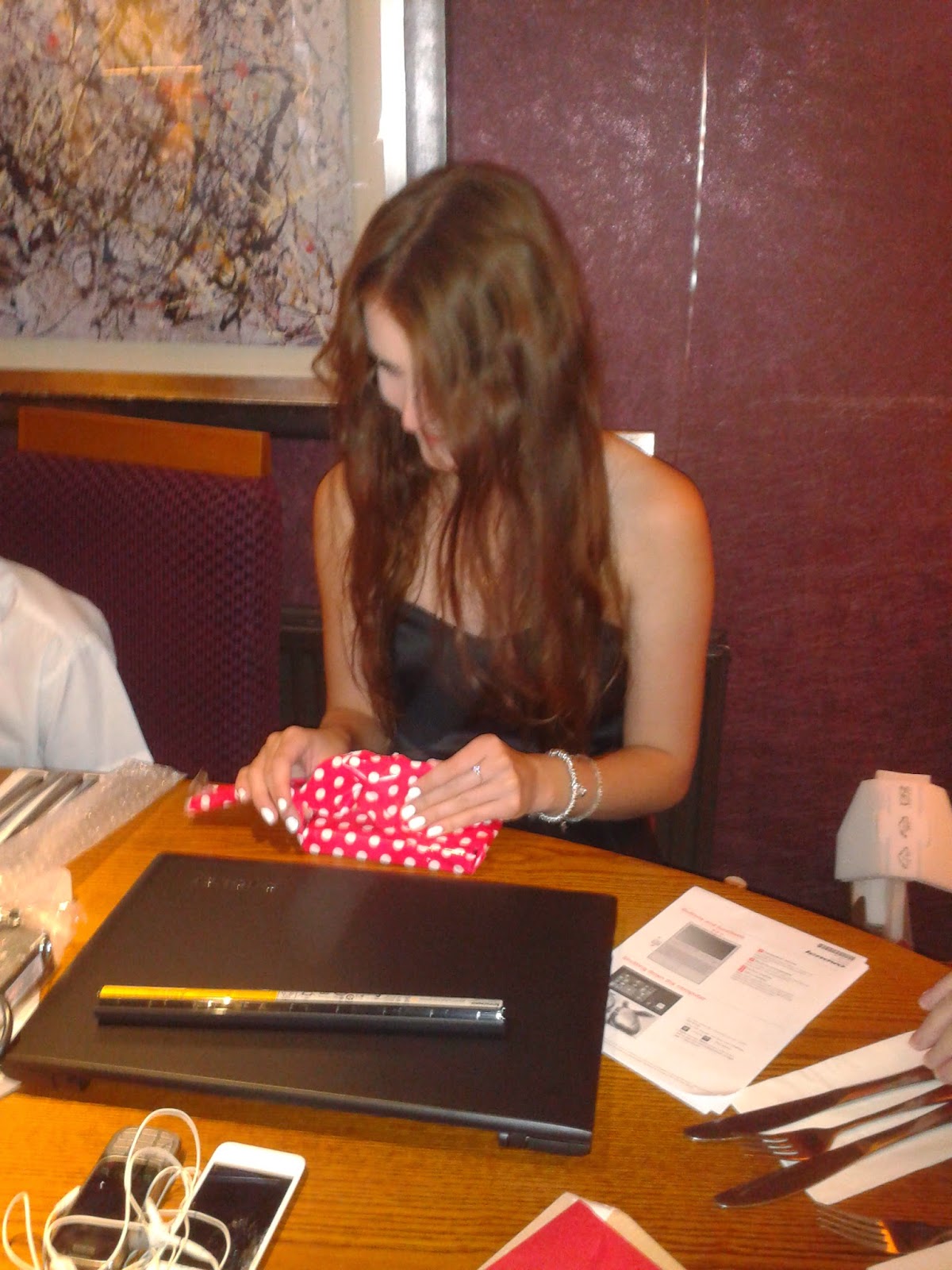 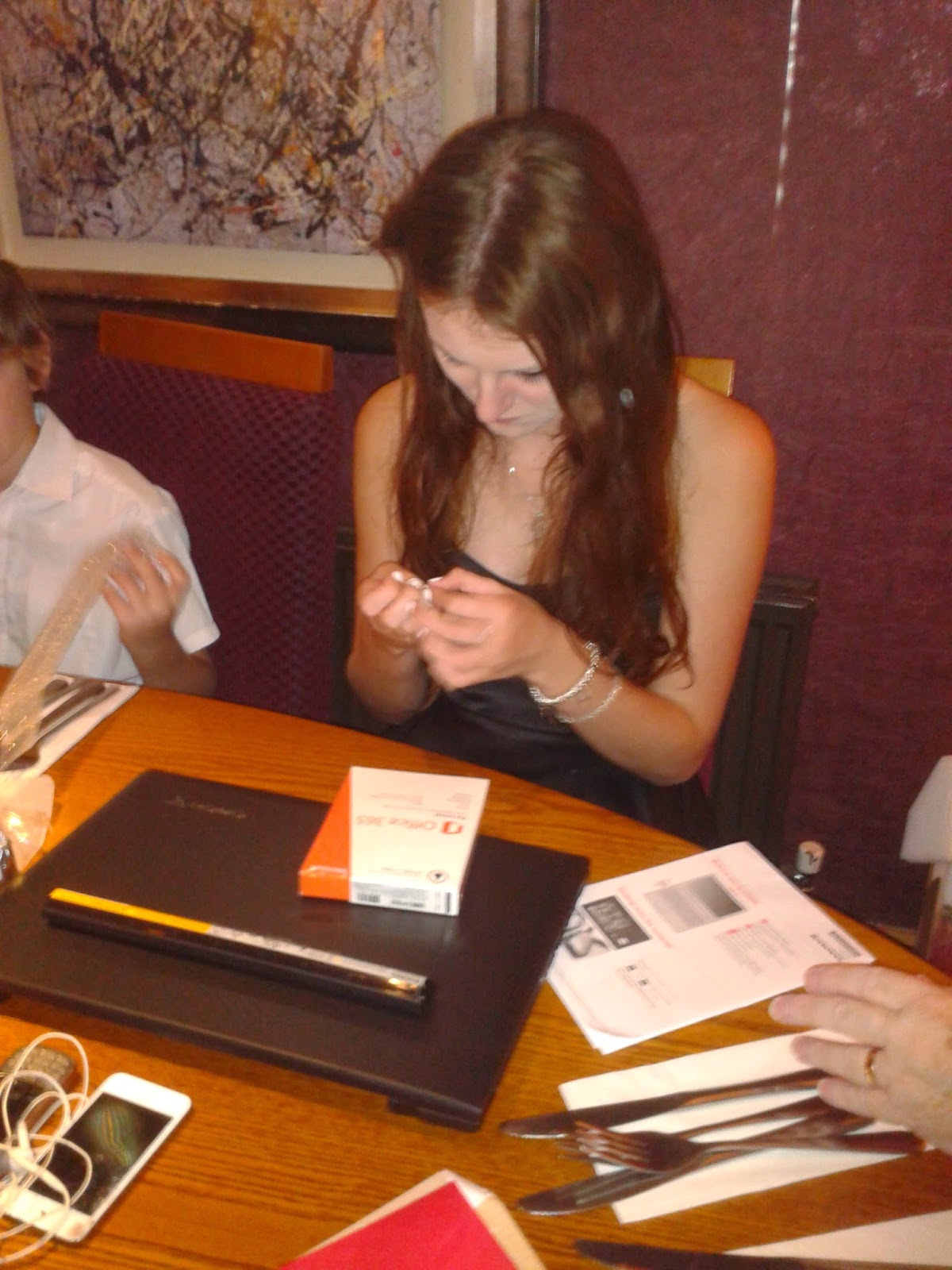 We had such a great time, Eden was thrilled with the laptop and having fun was such a welcome relief after the past couple of days.
We'd been home about half an hour when we got a call from lifeline which is something used by a lot of people for if they fall over or have an accident. They will call you an ambulance and call a nominated person to let then know what's happened.
I am the nominated person for my Mum.
They rang me and  told me that my Mum had rung them as my step dad was having a stroke, they'd called an ambulance and were informing me. So Malc and I went dashing round there. A first responder arrived and then an ambulance.
I went with Ed to A & E, Mum and Malc followed on in a taxi.
Unfortunately my Mums not able to get up into our mini bus as the step is too high and we aren't insured on her car as she has one under the mobility scheme and they're very strict on who can drive it.
It seems Ed has had a TIA, he's had one before and a stroke, his last TIA was very mild. Apparently this one is a bit more severe.
It's a mini stroke and the symptoms usually go within 24 hours.
Anyway Ed's on a ward on the stroke unit, we left Mum safely at home and got home ourselves at about 1am.
I'm to wired to sleep although I'm shattered.
Poor Eden ended her celebrations by looking after the boys.
I'm so proud of her and the boys, this week has been a nightmare for them but they've all stepped up to the mark and pulled together. Callum did some ironing to keep himself busy which also helps me.
I feel so sorry for Clark. I know he doesn't really need his Mum that much but I so want to make a fuss of him and look after him at the moment.
Anyway I'd better try and get some sleep, I think it's going to be another busy day tomorrow!