The metalwork is out

Yesterday we turned up at our local hospital along with a packed waiting room of others for Clark to have the plate and six pins taken out of his arm, they were put in back in August when he broke both the bones in his left forearm.
He was in theatre within an hour of arriving, back up in the ward an hour and a half after being taken to theatre and home within four hours of stepping foot in the waiting room.
His nurse was an lovely older lady called Iris who took a bit of a shine to him so we had a bit of banter going back and forth. 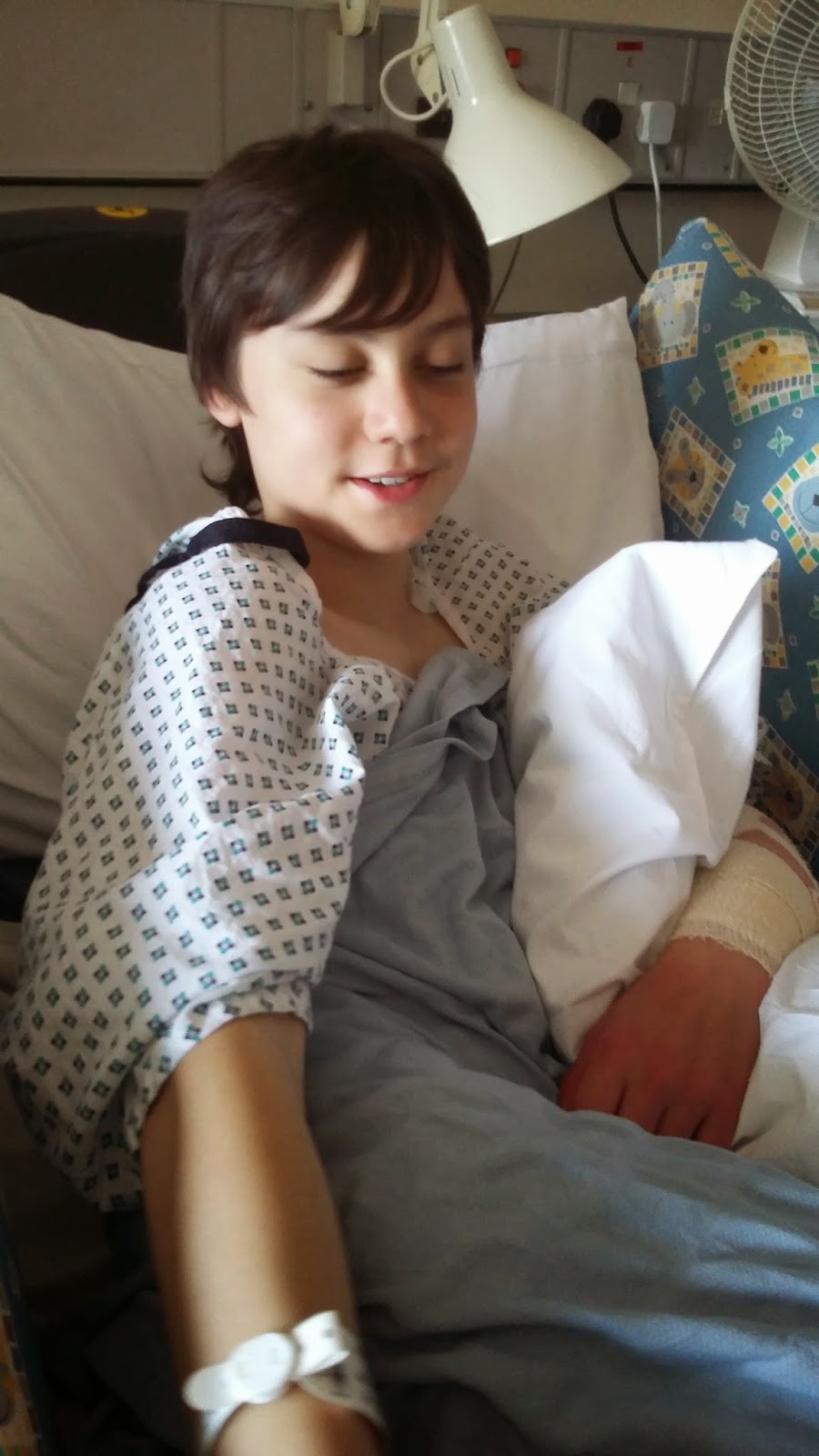 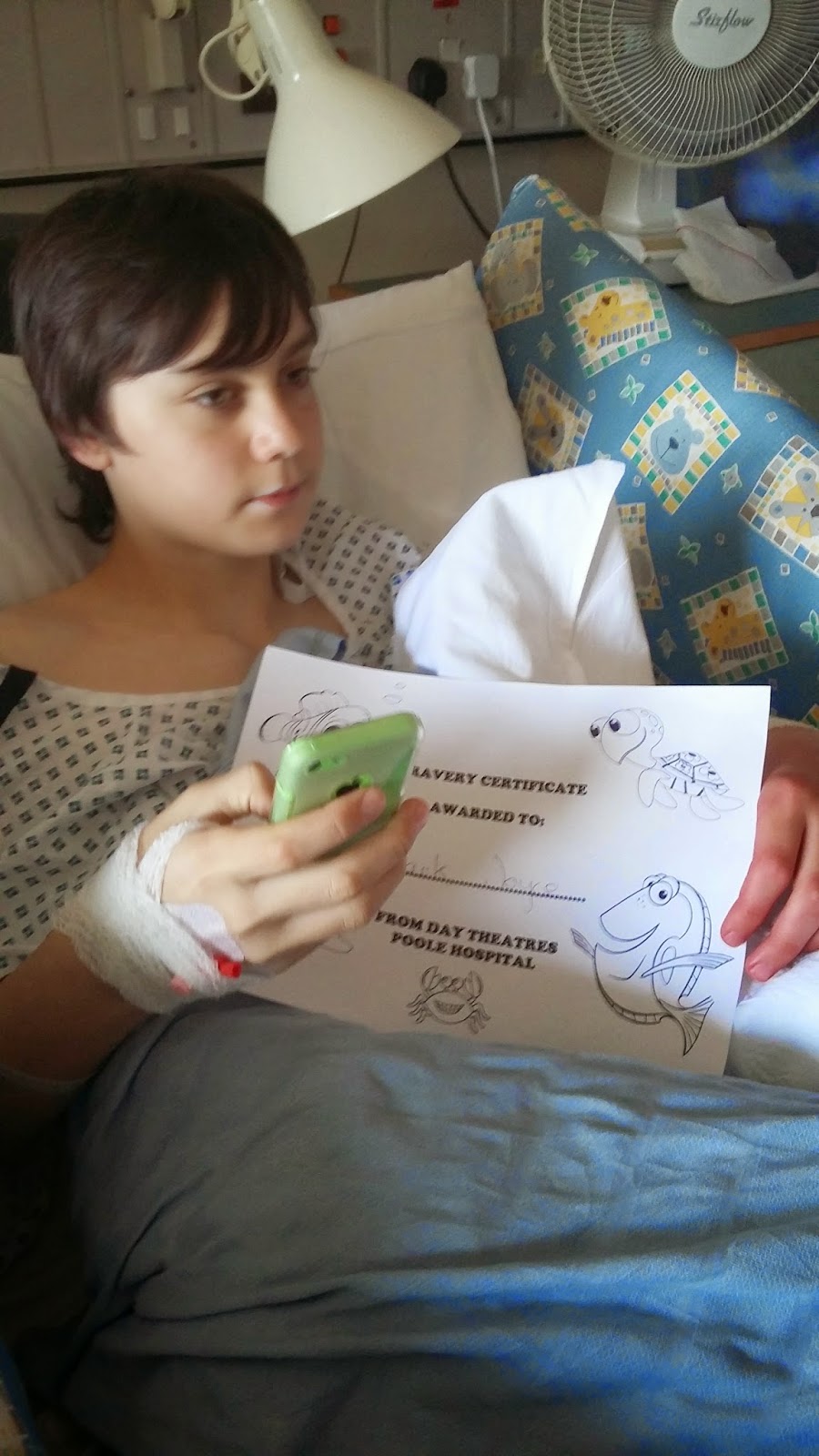 In the second picture he's holding his bravery certificate which I will be colouring in and framing even if he thinks he's too old for one!
His hand is a bit swollen this morning and he hasn't got a lot of pain so all in all it was a lot nicer experience than when he had the metalwork put in.
Unfortunately not long after we'd got home the boys came running in to tell us that an older man had fallen over at the top of the road, it turned out to be a neighbours father-in-law.
Another neighbour rang an ambulance whilst Malc tried to keep the man on the floor and I pressed tissues to a deep cut above his eye.
Twenty-five minutes later an ambulance turned up with a paramedic that couldn't have been less interested if he tried. All the adults helping the man were appalled at his attitude. They did take him in as they said he would need stitches which is what I'd feared.
My neighbour is going to put a complaint in about the medic, luckily the man was a bit out of it to hear what was being said.
He was spending the night in hospital to be on the safe side.
Talking to his son last night I found out he was a Royal Marine for thirty years, I wonder if the medic would have treated him with a bit more respect if he'd known that?
After having such a lovely experience in the morning with the NHS, it was such a shame to have a negative one in the afternoon.
Luckily one man doesn't make the whole of the NHS and for every bad experience there must be hundreds of good ones!
After having Clark and Callum in their care I can only give them my admiration and gratitude.
Posted by Bridget at 09:49