The three oldest children are on various social media sites. I monitor the boys but I tend to leave Eden to herself as she's nearly an adult, she was monitored when she was younger.
I've seen this doing the rounds on Facebook and thought it was hilarious. 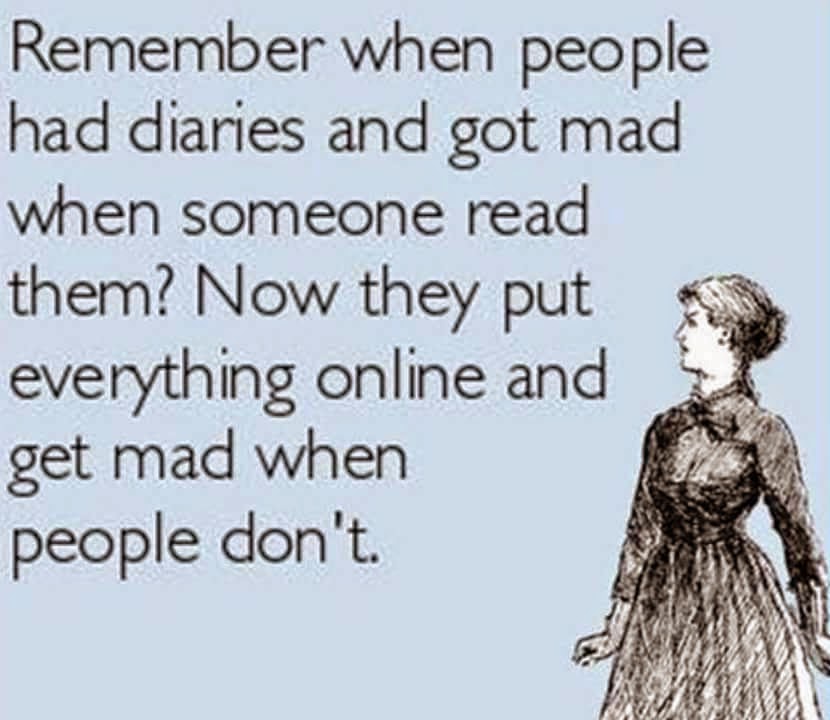 Especially when I heard a conversation between Eden and Clark this morning.
Clark has been on twitter for a week and has "followed " Eden.

Eden to Clark....... Why are you on twitter? Could you not reply or favourite my tweets, they're private!

I'm not sure she fully understands how the internet works!!
Posted by Bridget at 18:56