Cody came running along the landing at 6am as soon as the alarm went off shouting "Mum, Dad, the alarm's gone off , get up it's Longleat!" For the next hour he didn't stop jumping up and down and chattering. He was just so excited.
Needless to say he had a fantastic day.
I thought the easiest thing to do was to just post the pictures. 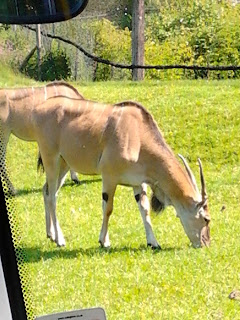 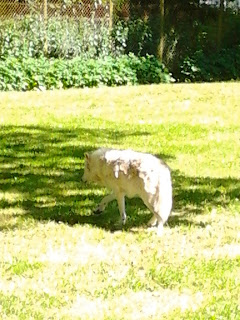 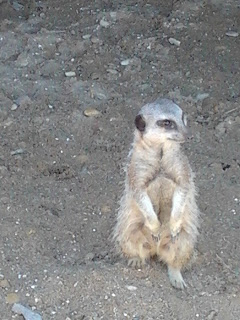 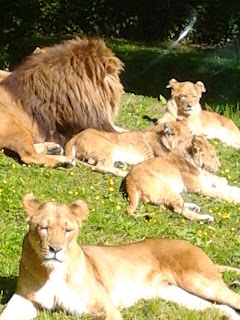 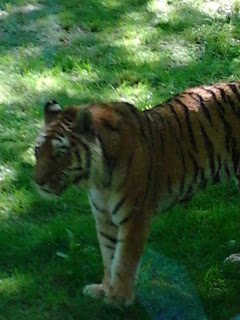 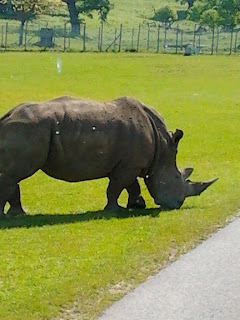 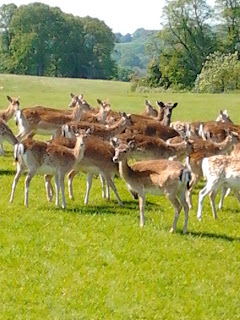 They arrived back at 6pm, Cody was exhausted, so was Malc. Apparently there were over 2500 beavers from the South West there for the day. Malc said it was hard work watching the ones he was in charge of as all the beavers looked the same!
Clark was helping a parent/helper look after her group so he had a great time too.
On Sunday we went to a farm which was participating in the Open Farm Day. We went to one near Swanage. We arrived and had to be taken to the farm in this 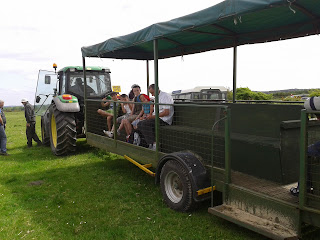 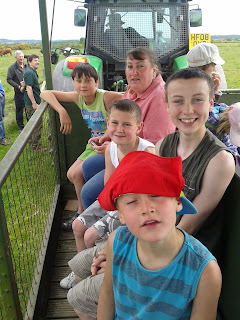 I think the driver took the bumpiest route possible!
We had a man tell us all about the Red Devon herd that he manages there.
Upon arriving at the farm we went on a landrover safari, we went behind the RSPB reserve and we saw some deer and a buzzard.
There were lots of stalls with things for the children to colour and quizzes, badges to make, a storyteller and the sun shone. We had the most fabulous time.
We caught the last tractor ride back, we sat right at the back and the more we shrieked at being bounced about the harder the driver laughed and the ride became even more bouncy!
When we got off the boys told the driver it was the best part of their day.
This is the first time that we've been  to this event, I found out about it through this blog. We will definitely being looking out for it next year
It's nearly time for Springwatch so I'm off.
Posted by Bridget at 21:22