Baking, sleeping and another furry!

Soloman has a cabin bed which has a desk underneath, ladder up to his bed and space for a small wardrobe under the bed, this saves space as the youngest three all share the biggest room. Last night he decided that he wanted to sleep under the desk part of the bed, so he pegged some blankets over the top of the framework to make himself a tent. He told me he wanted to sleep there so I said he could thinking that he would be back in his proper bed within an hour as he was only on pillows and blankets on the floor. 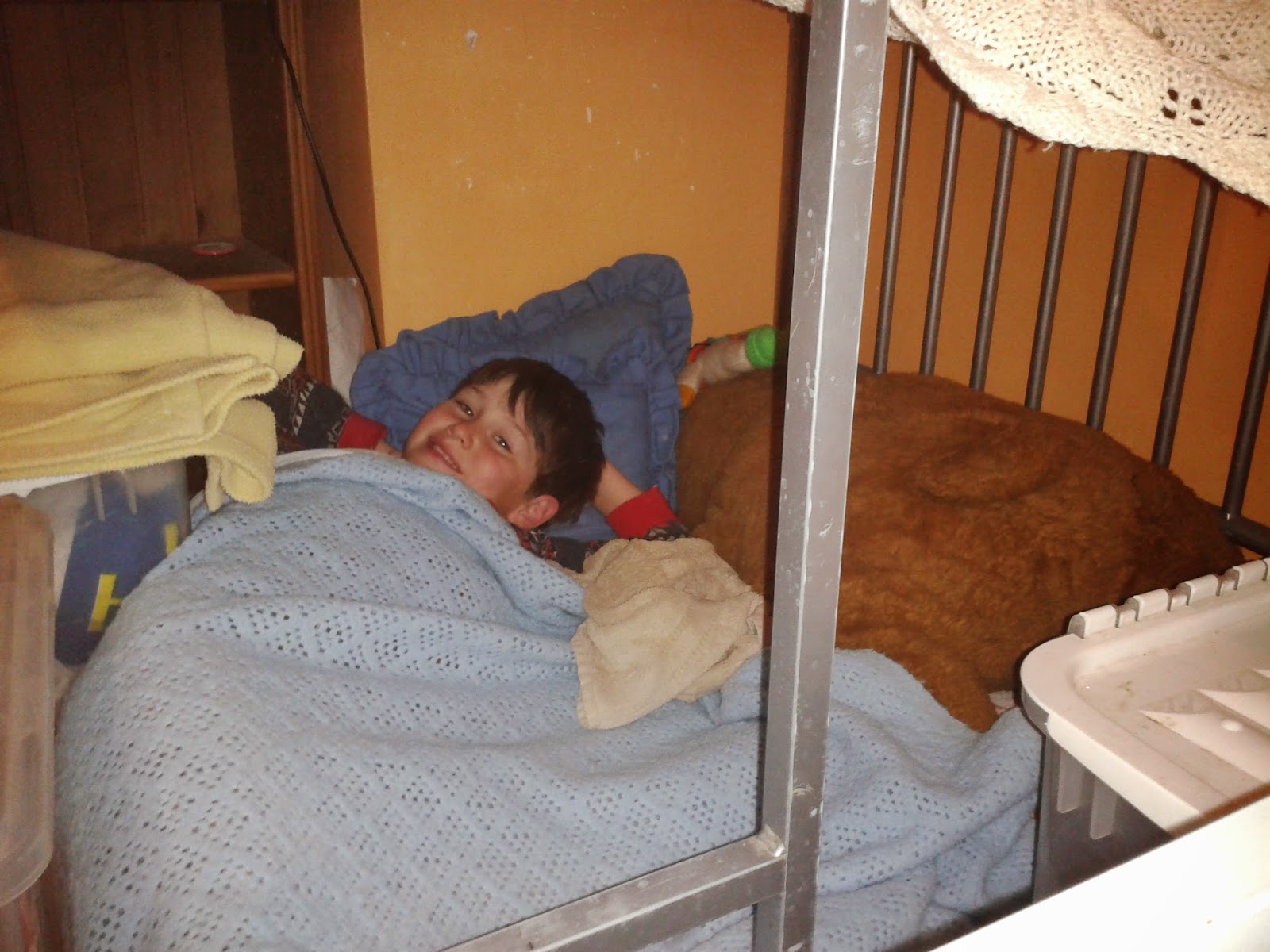 He slept there all night and woke about 8 o'clock this morning!
Unfortunately now Cody is saying he wants to sleep there with him tonight!
Callum had another bake up last night and made these brownies, which I assure you were lush and just melted in your mouth. 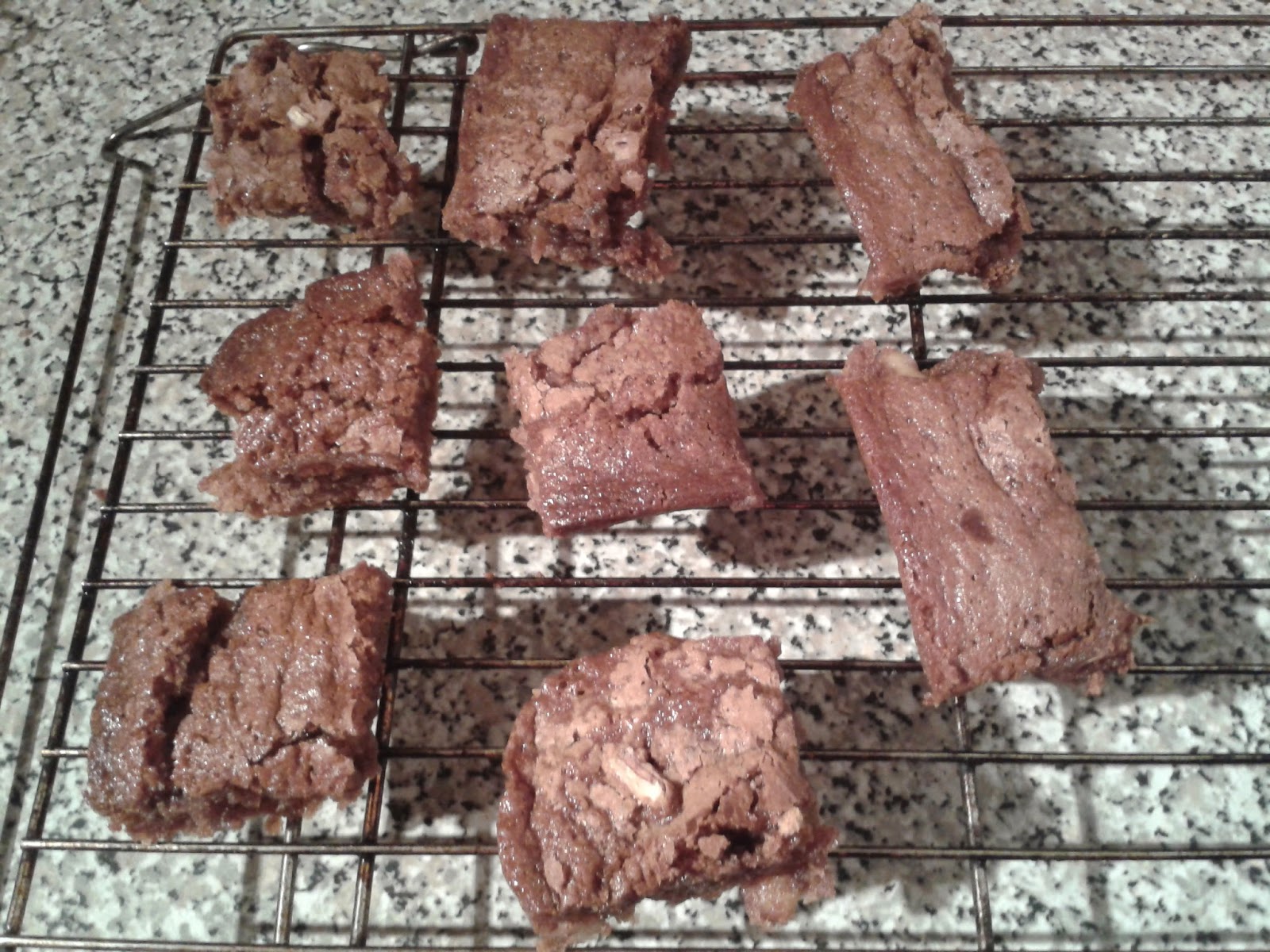 He also made these chocolate chip and cranberry cookies 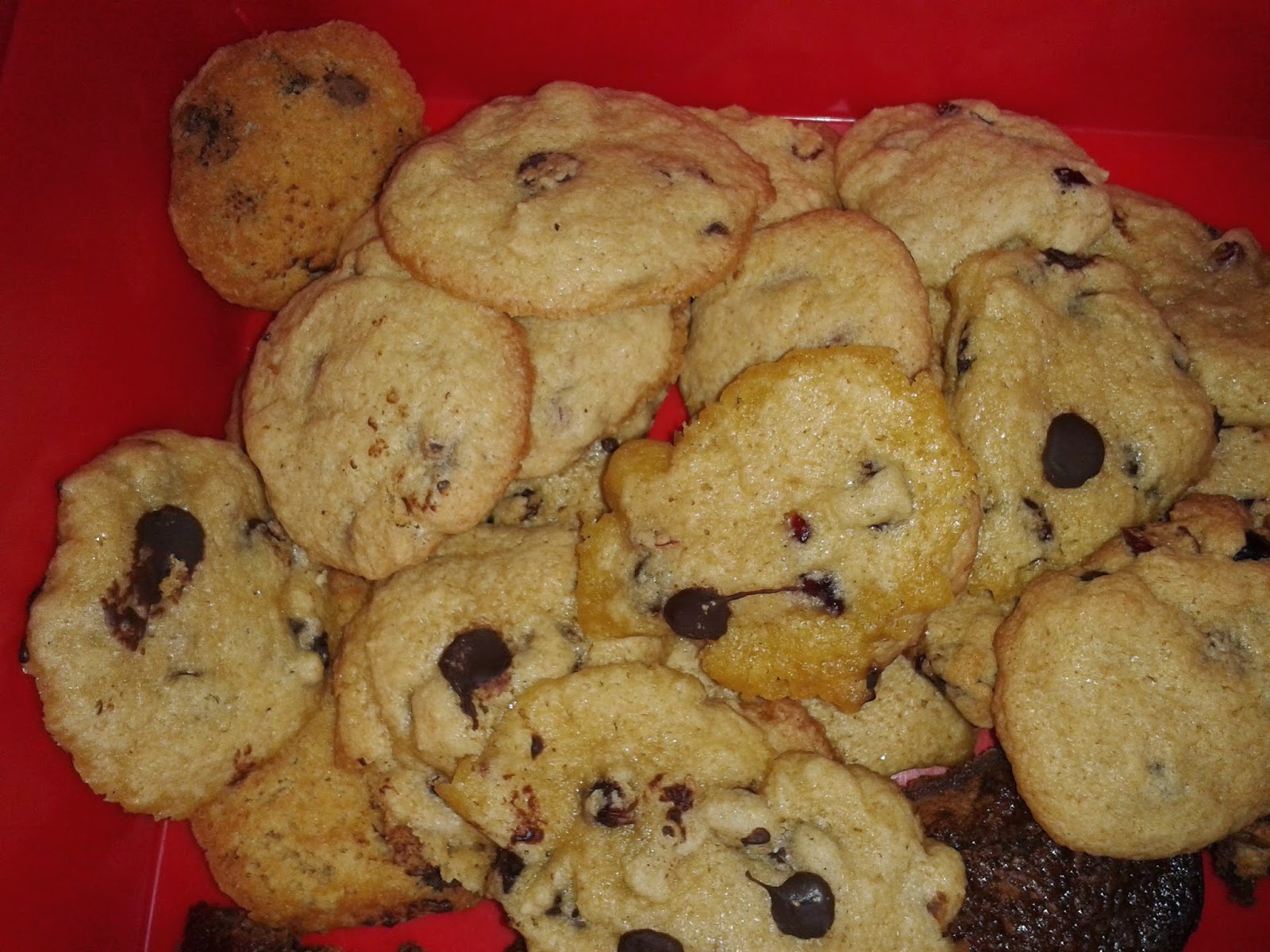 Today we went to our local pet shop as we had to get a new cat flap ( even though we don't have a cat!) Chumleigh put his head through it and broke it, he backed out of it with it hanging round his neck like something off of You've been Framed!
In the entrance to the shop they have two huge plastic dinosaurs, they are priced at £1400, I would so love to have one!
Soloman and Cody wanted their picture taken with them. 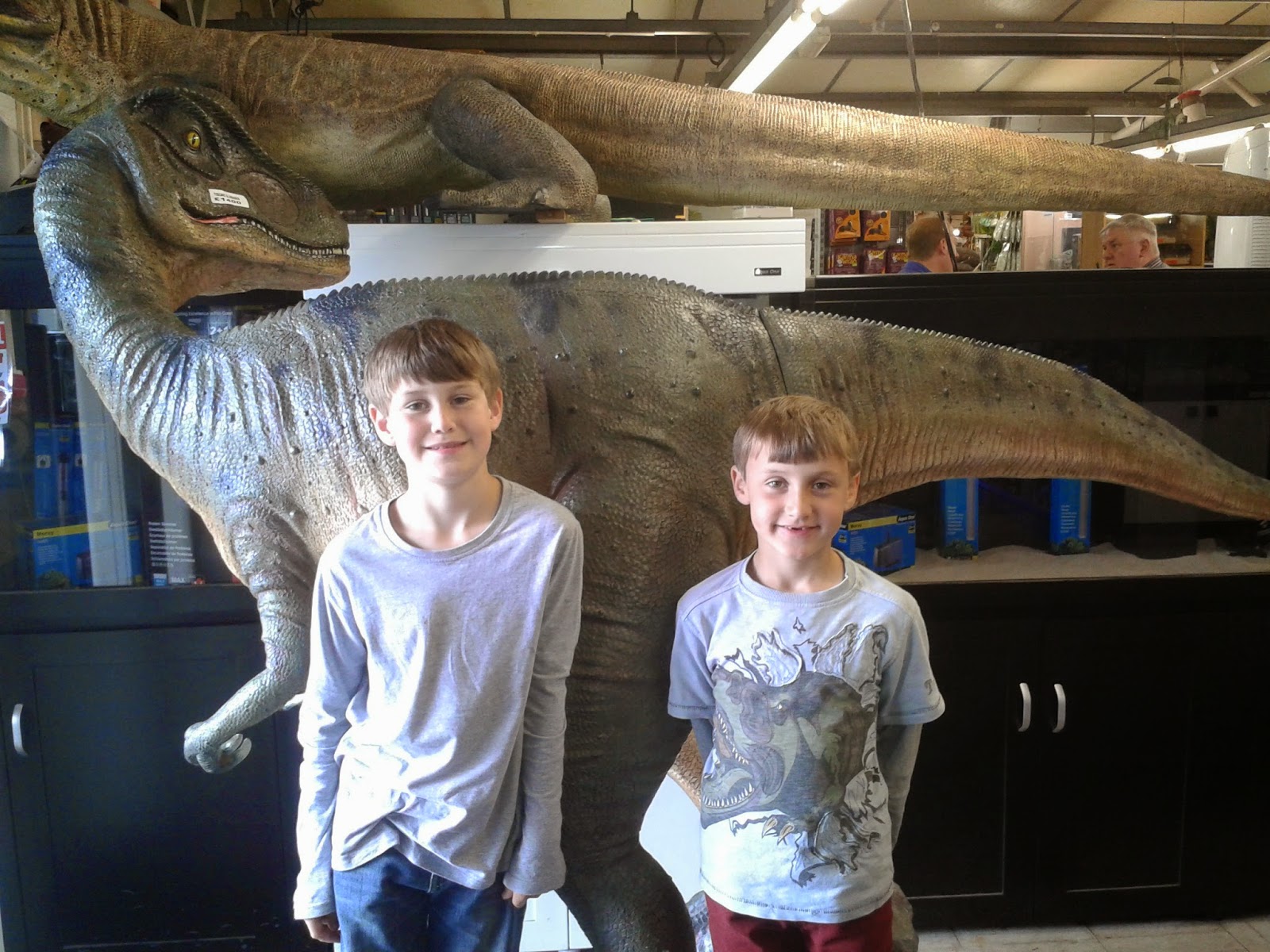 We then went to a charity shop which is next to the pet shop where I managed to get some card making things and a couple of DVD's.
Clark bought himself another furry, a hamster this time, he has mice already so thought he'd have a change, although I haven't got a picture of the actual hamster this is what Chumleigh and Tyxall thought of it. 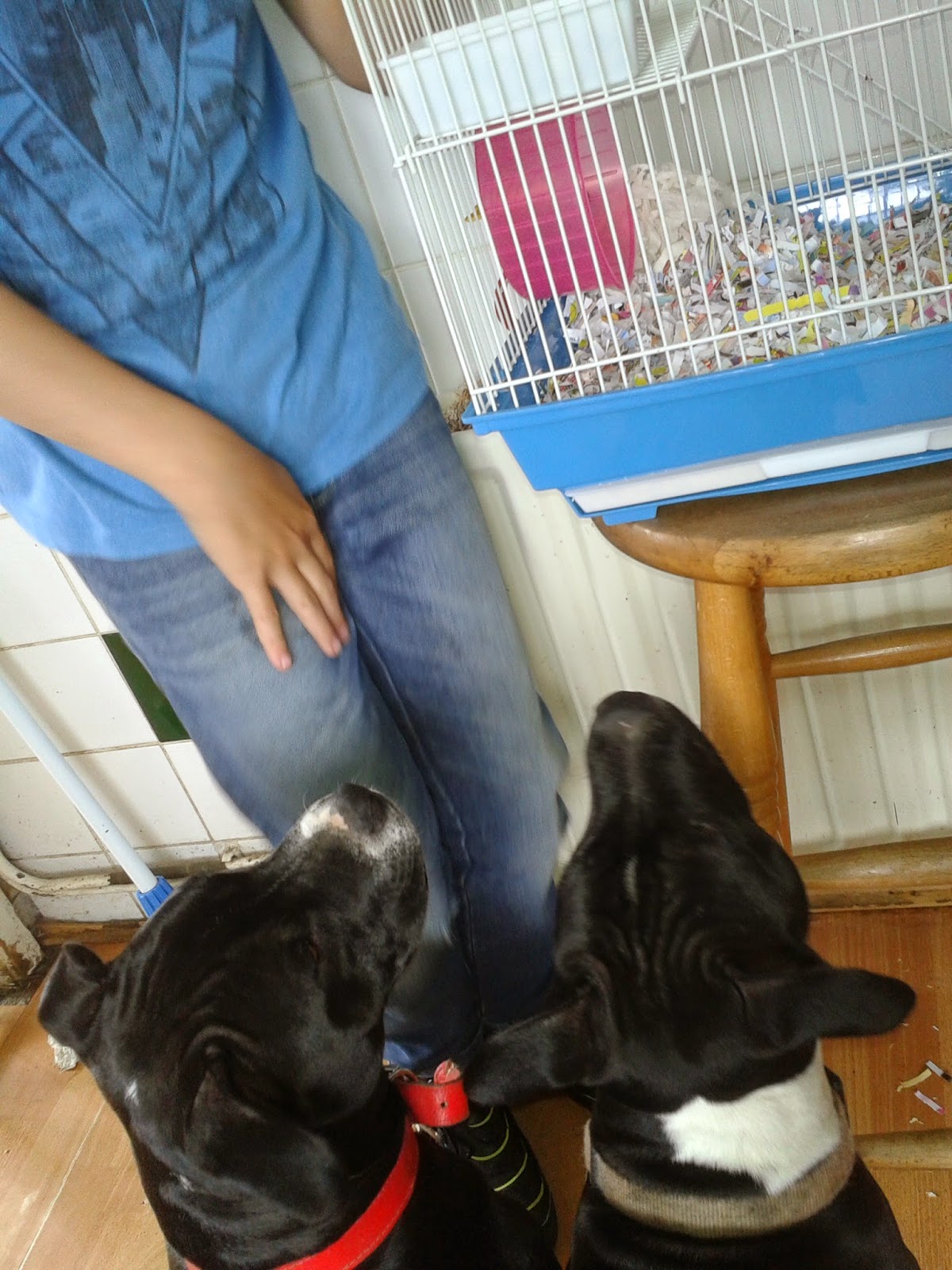 Malc is out with the Beavers at the moment on a hike round Wareham Forest, luckily the rain has passed and the sun has decided to come out.
Eden and Clark are off to Youth Club and Scouts respectively in a little while.
Eden had a textiles exam today and is looking forward to Half Term to chill and revise some more. She still has eleven exams left.
We've got nothing planned for the Bank Holiday weekend, we'll just poodle along and see where the days take us.
Whatever you're doing I hope you have a good one.
Posted by Bridget at 17:49