We went to Mums for lunch today, she only lives down the road so the children decided to ride down, even Eden.
I asked them if I could take a picture of them all as it's ages since I took one of them altogether and although Eden takes loads of "selfies" for Snapchat she wasn't keen!
I managed to persuade her and although both these pictures are very similar I'm going to put them both up so I can look back at this post and see them. 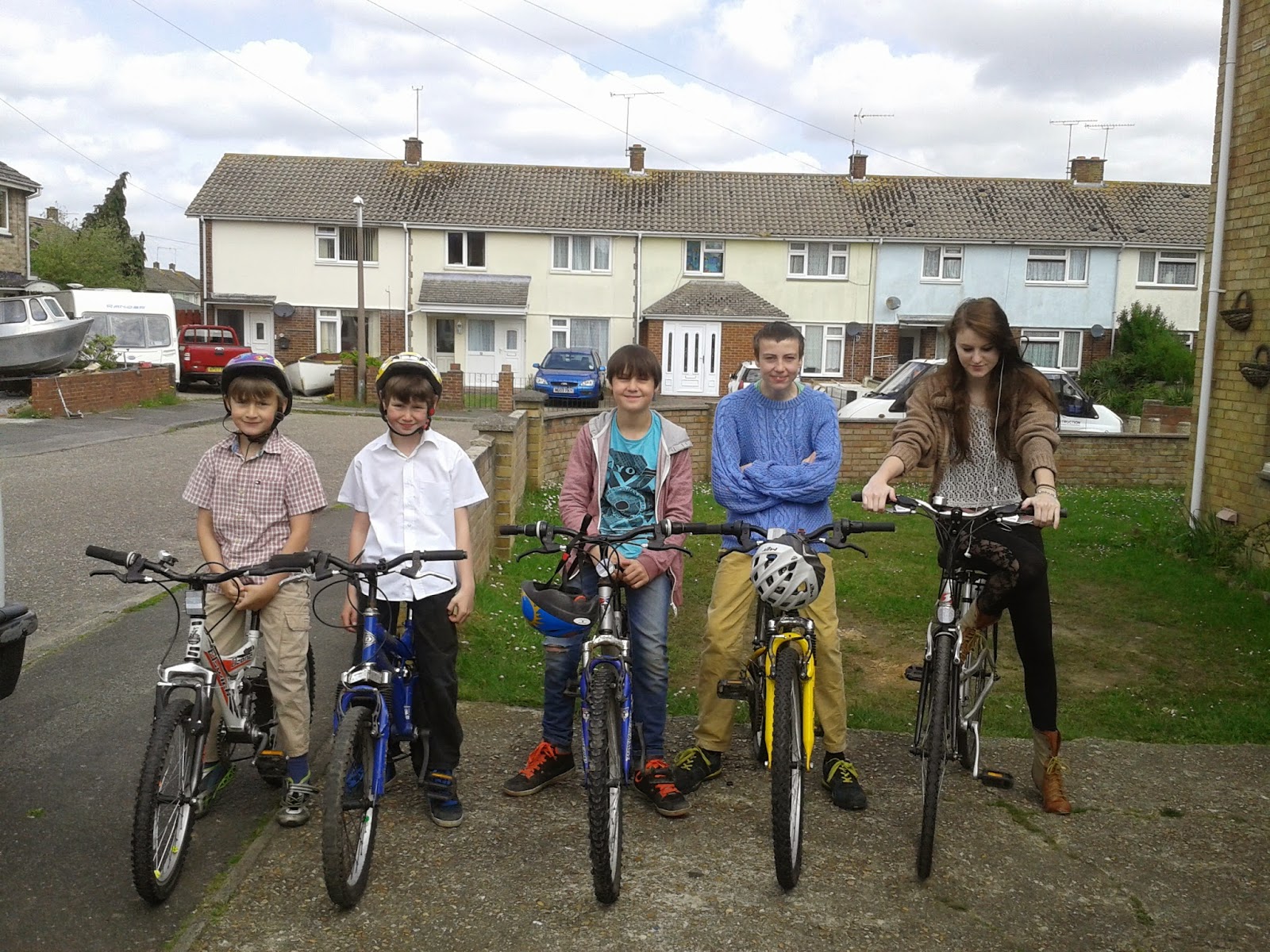 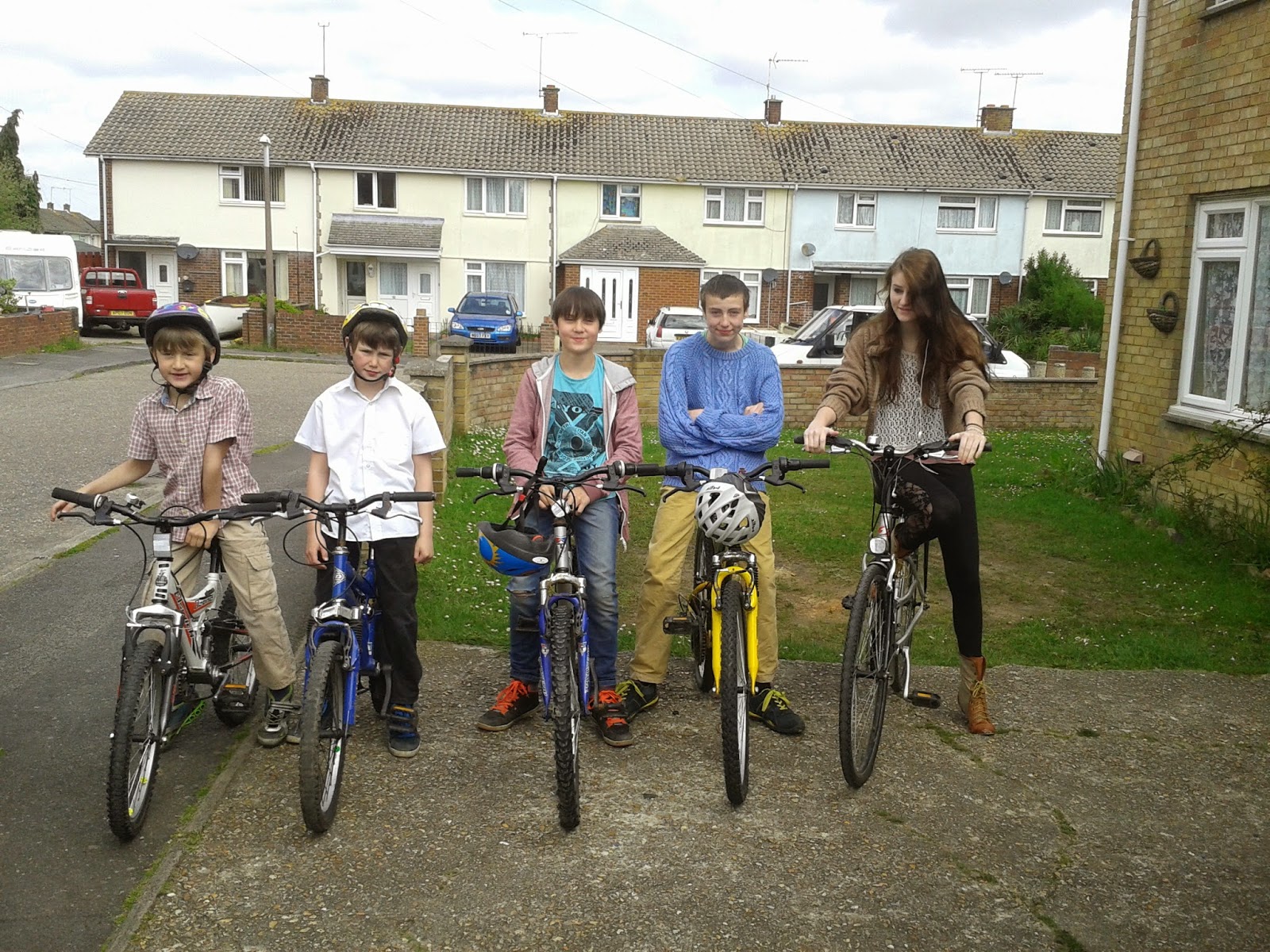 We had a lovely lunch of jacket potatoes, cold meats and coleslaw, followed by Vienetta and/or trifle that Clark and I made last night.
When we got home Callum, Clark and I mowed the front lawn. 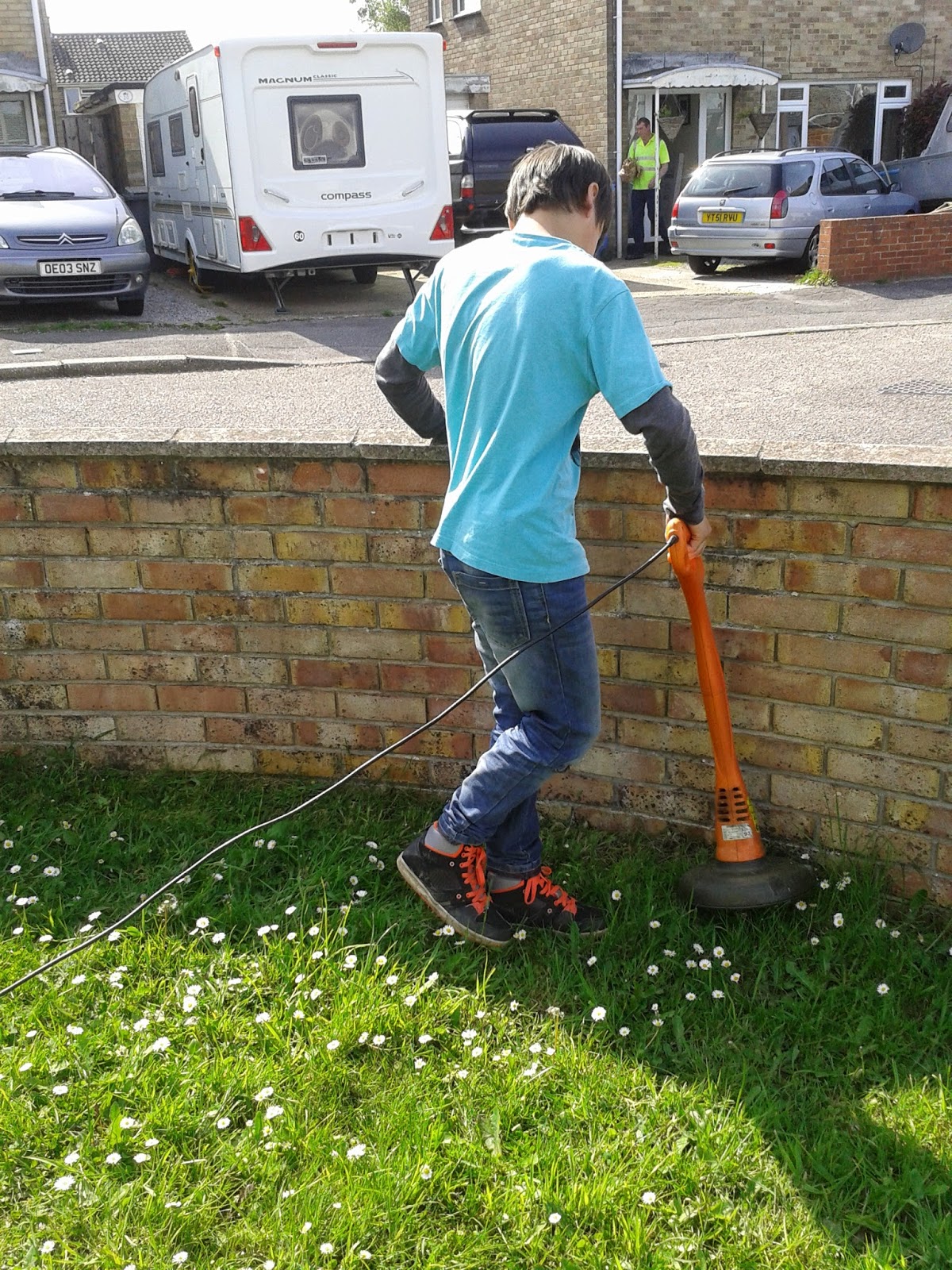 One of my neighbours (not a particularly nice one) hads spoken to me before about the boys mowing the lawn, I think her point is their age. I have looked this up and on various sites on the net it says that twelve is an acceptable age to mow, although there's no law on age. Clark is eleven and Callum is thirteen and a half. 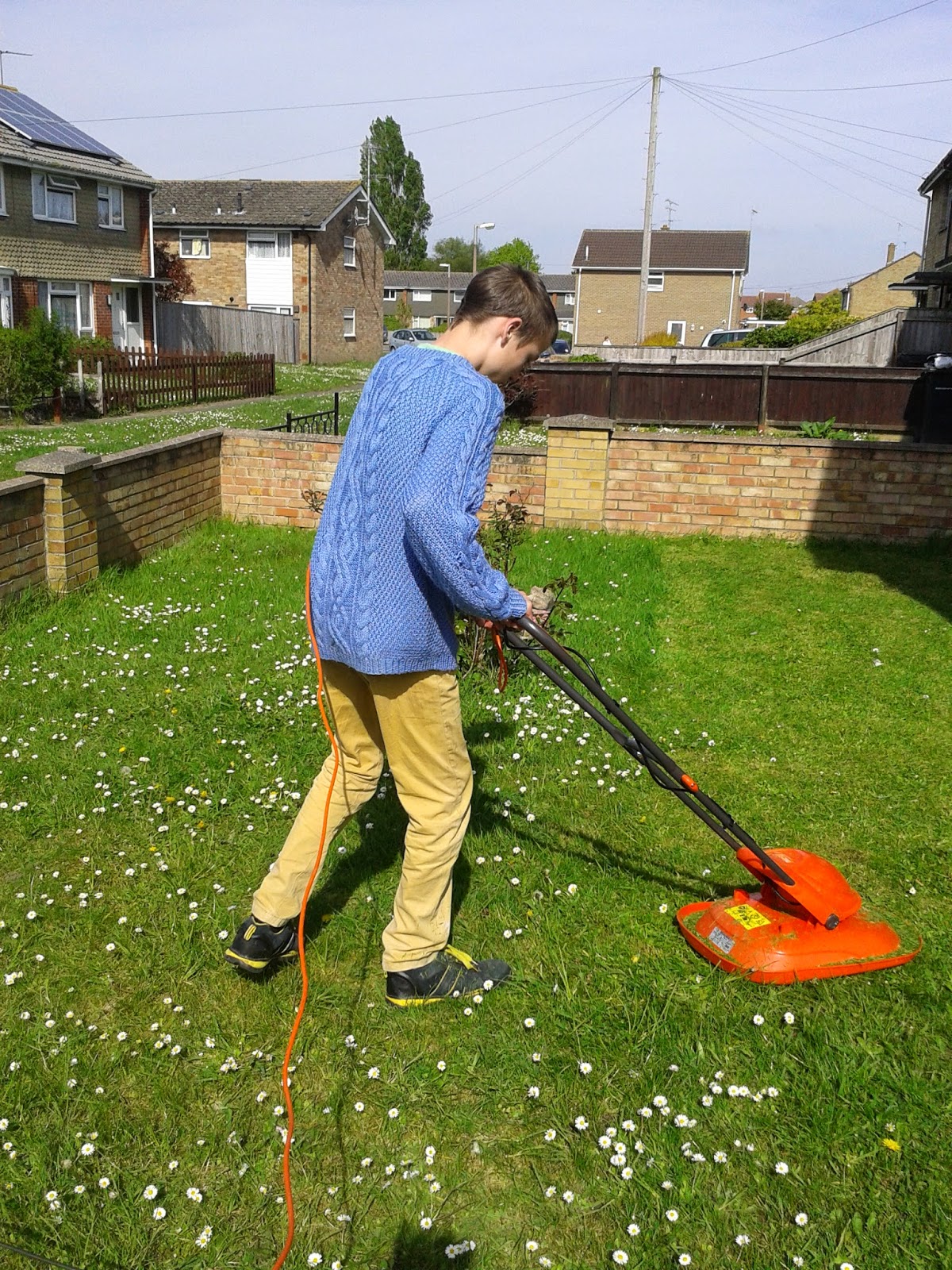 Whenever the boys mow or strim Malc or myself are always behind them holding onto the leads so they don't go over them, I'm actually doing it in this picture whilst taking a photo, I'm clever like that!
They are always in sturdy shoes, Callum are actually steel toecaps. 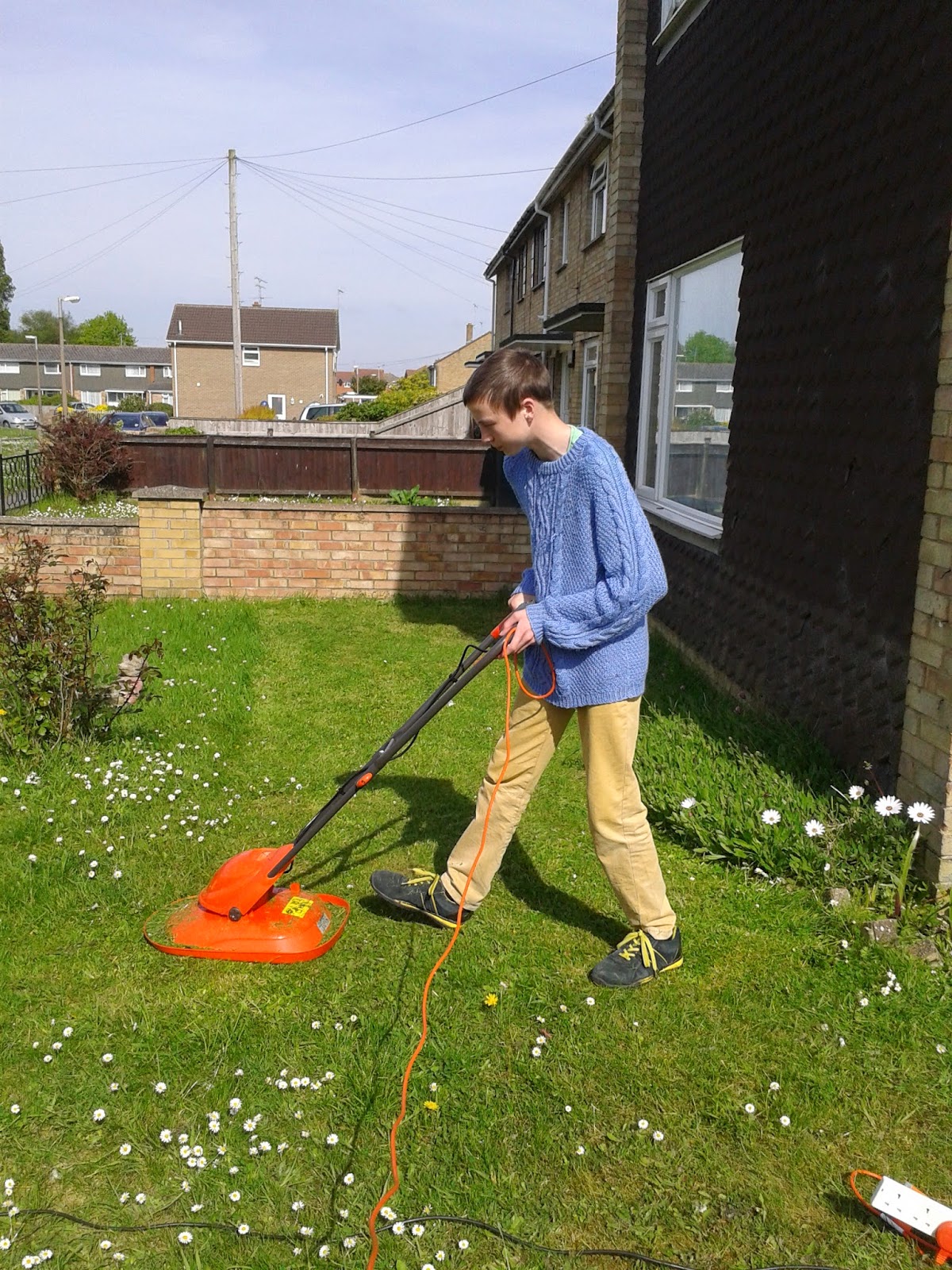 Sometimes I think it's not all about a number, it's about teaching dangers, responsibility and trust.
I have one friend in particular who has a son Callums age and she frequently tells me she would not let her son mow their lawn but I think as long as the dangers are explained and they are supervised it's a life skill to be learnt.
The boys do lots of things that most people wouldn't say was educational but I think skills like this are just as important.
The boys are put now playing with their friends and although we had quite a filling dinner I'm sure it won't be long before they come in asking what they are having for tea so I'd better go and find something!