The back garden has been rotavated, the back lawn was mown,  seeds have been sown, seedlings planted out, dogs have been walked, schoolwork taught and various errands have been run. This dear reader is why I've not had a chance to blog the past few days.
It was Edens last day at school today, she has study leave on Monday and then her first exam on Tuesday, she then has either one or two exams every day until the middle of June. Although Half Term is at the end of this month so she'll have a week off to do even more revision.
It's funny to think a few more weeks on from here all those years ago I started work at her age. I can't imagine her going out full time to work. Nowadays they have to stay in education until they're eighteen.
Clark decided to make some biscuits on Tuesday evening, it looks like he's going to take after Callum with a flair for cooking
This is a picture from the book 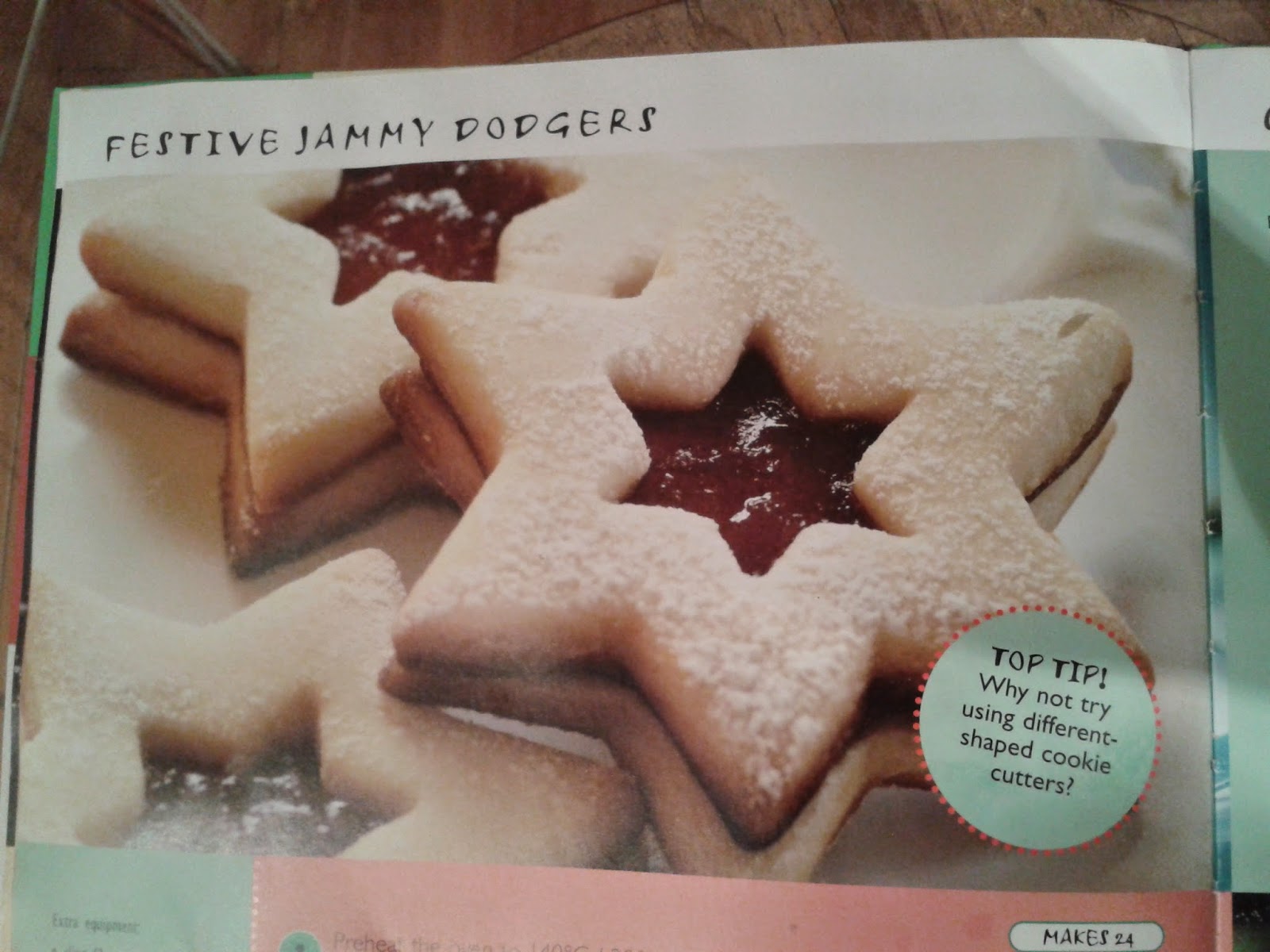 These are Clark's, I only managed to get a picture of three of them as they were snapped up rather quickly. 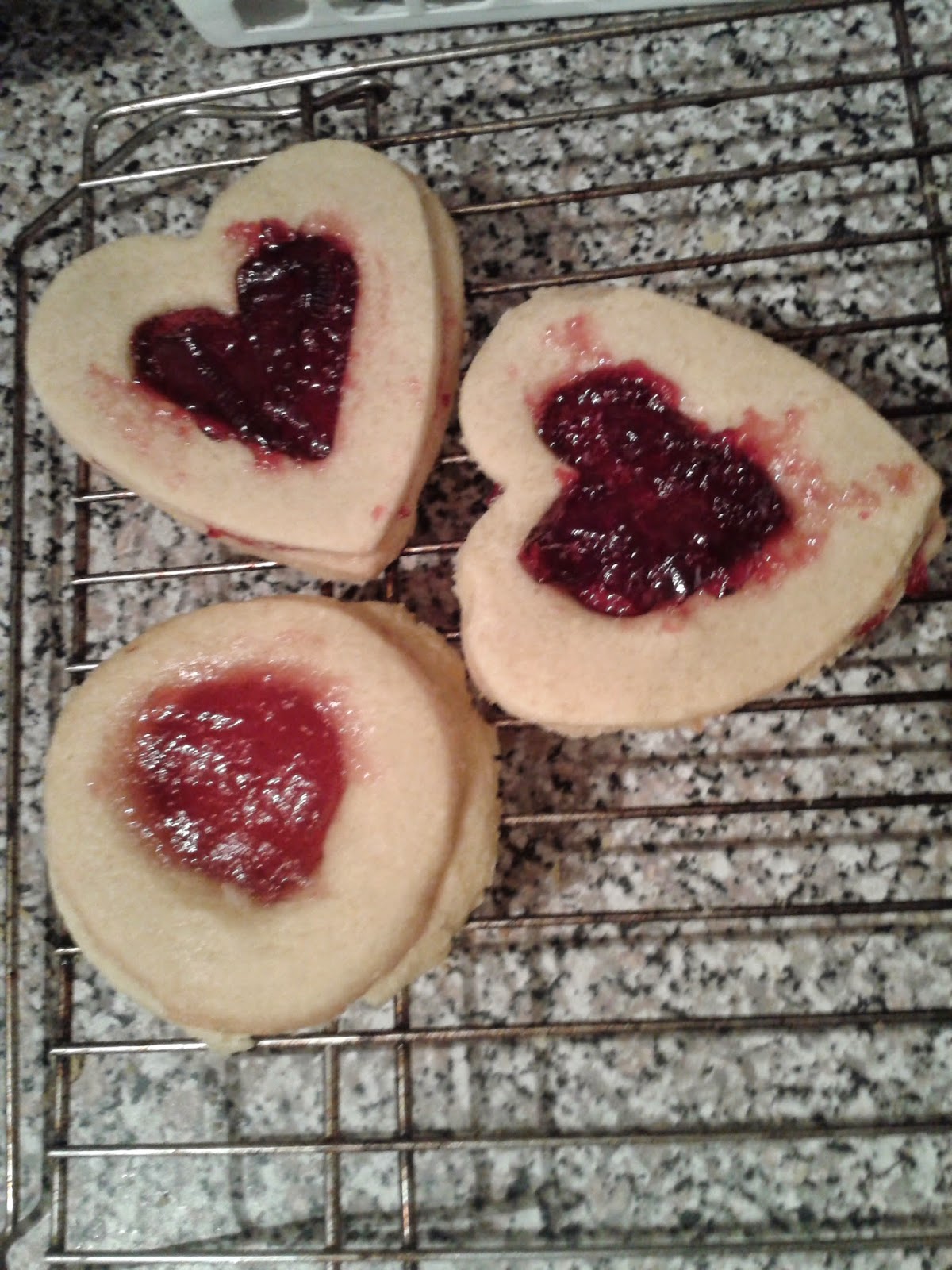 I finally finished Callums chunky cable jumper, so here he is modelling it 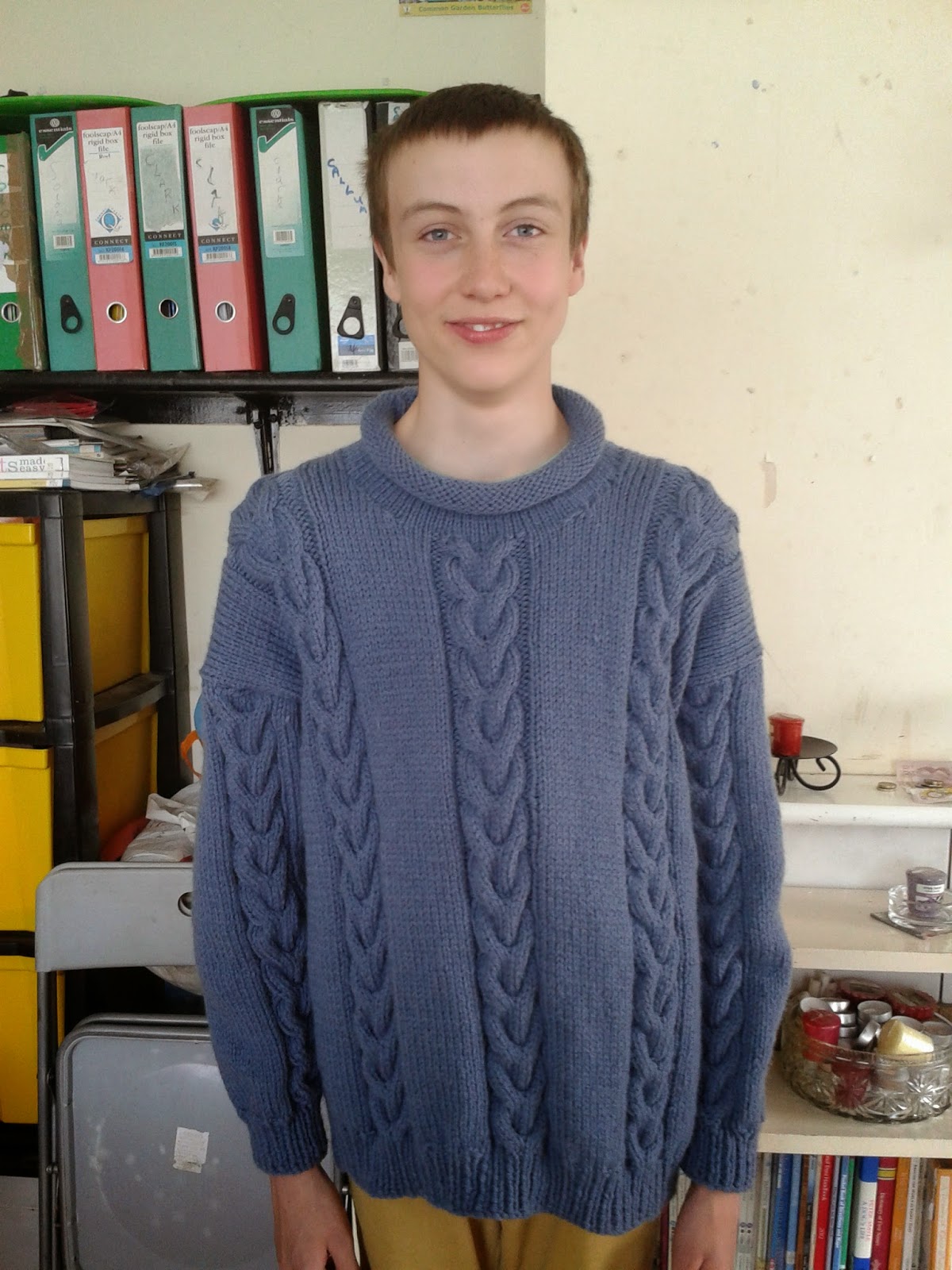 I've started on Cody's fisherman's rib jumper with the wool that I bought the other week. 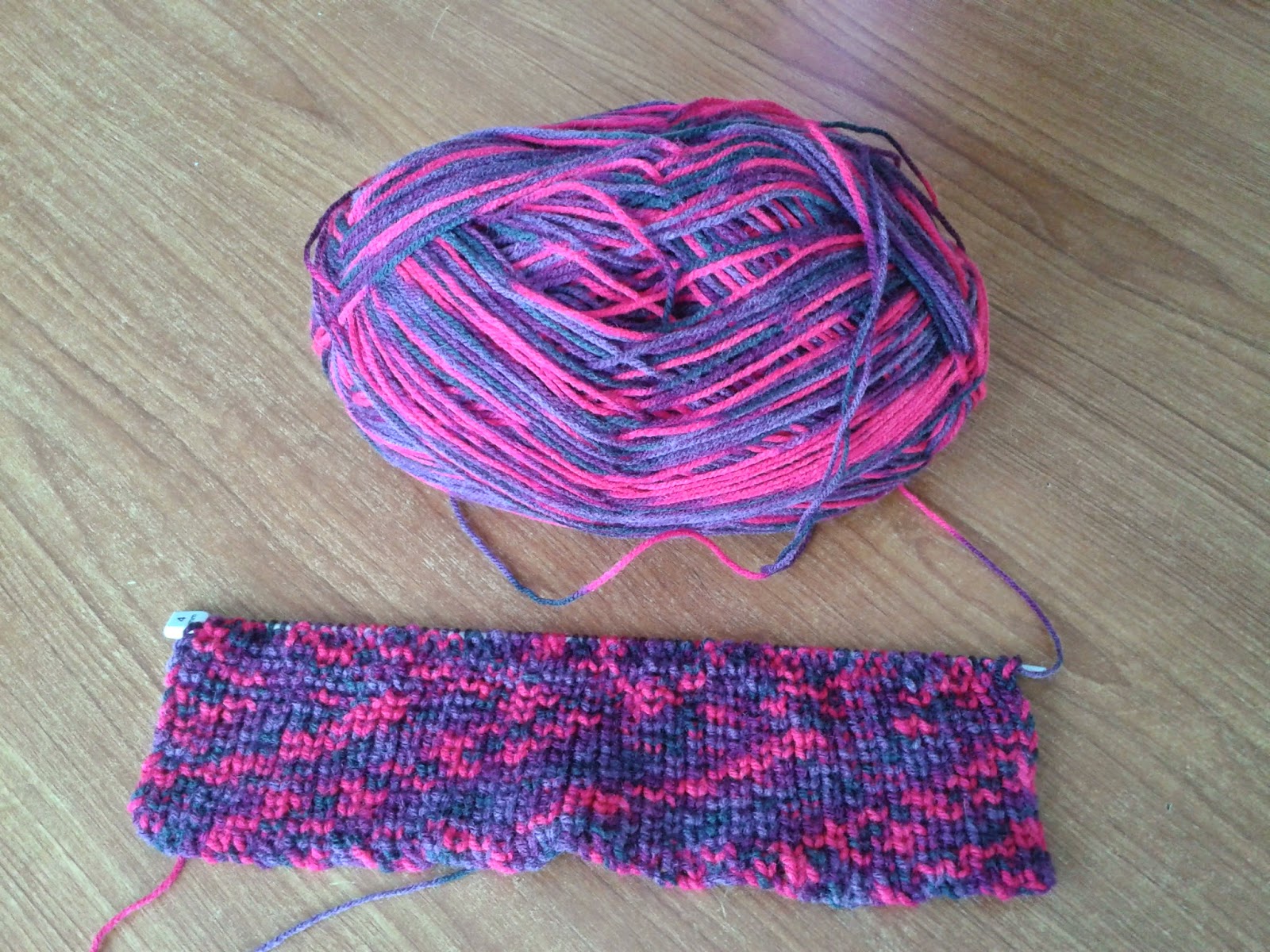 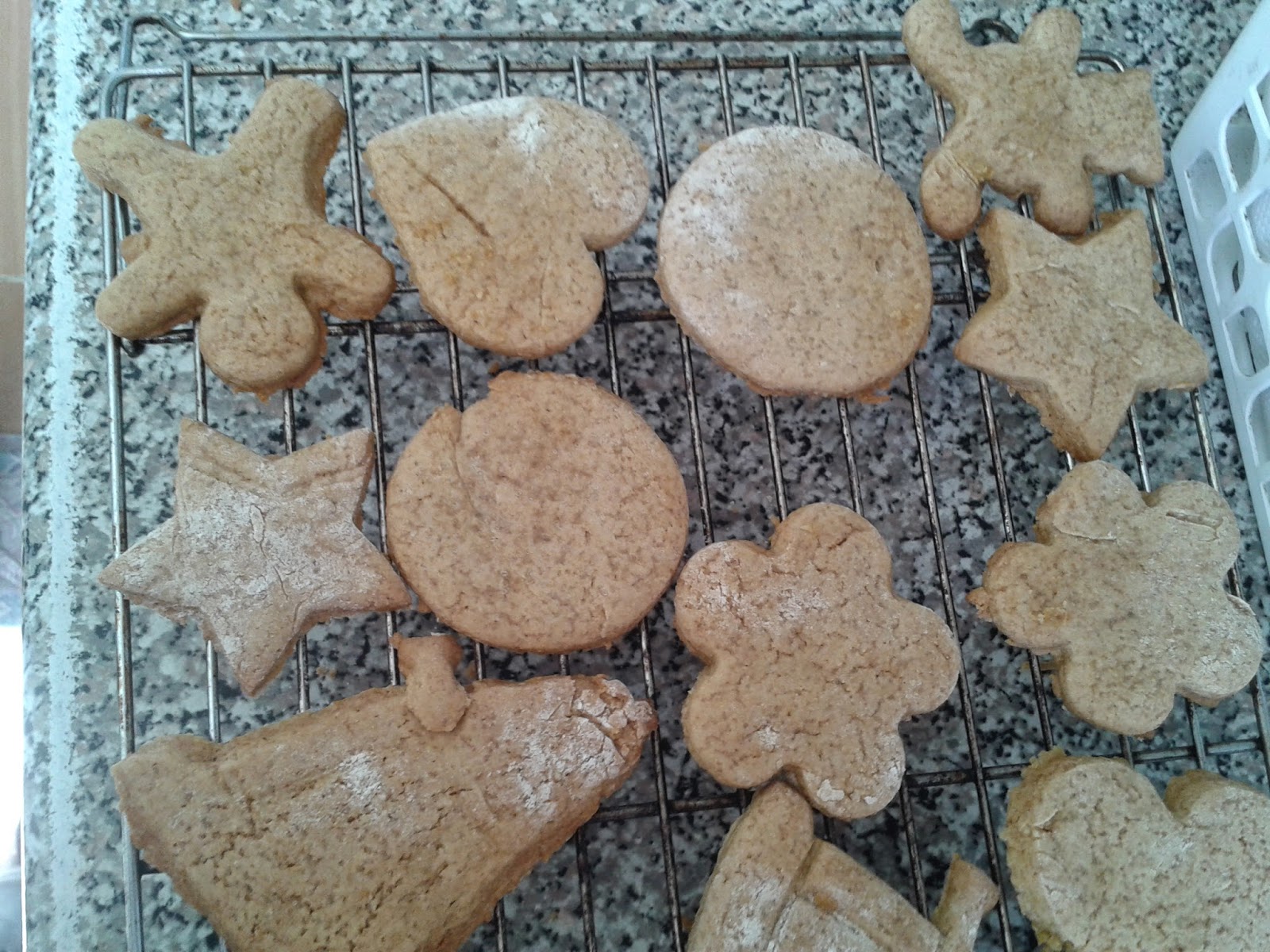 He also made this gorgeous fruit cake and a small oval sponge with chocolate chips in for Mum and Ed.
I've had some of the friut cake which was as ever up to his usual standard and was very nice indeed 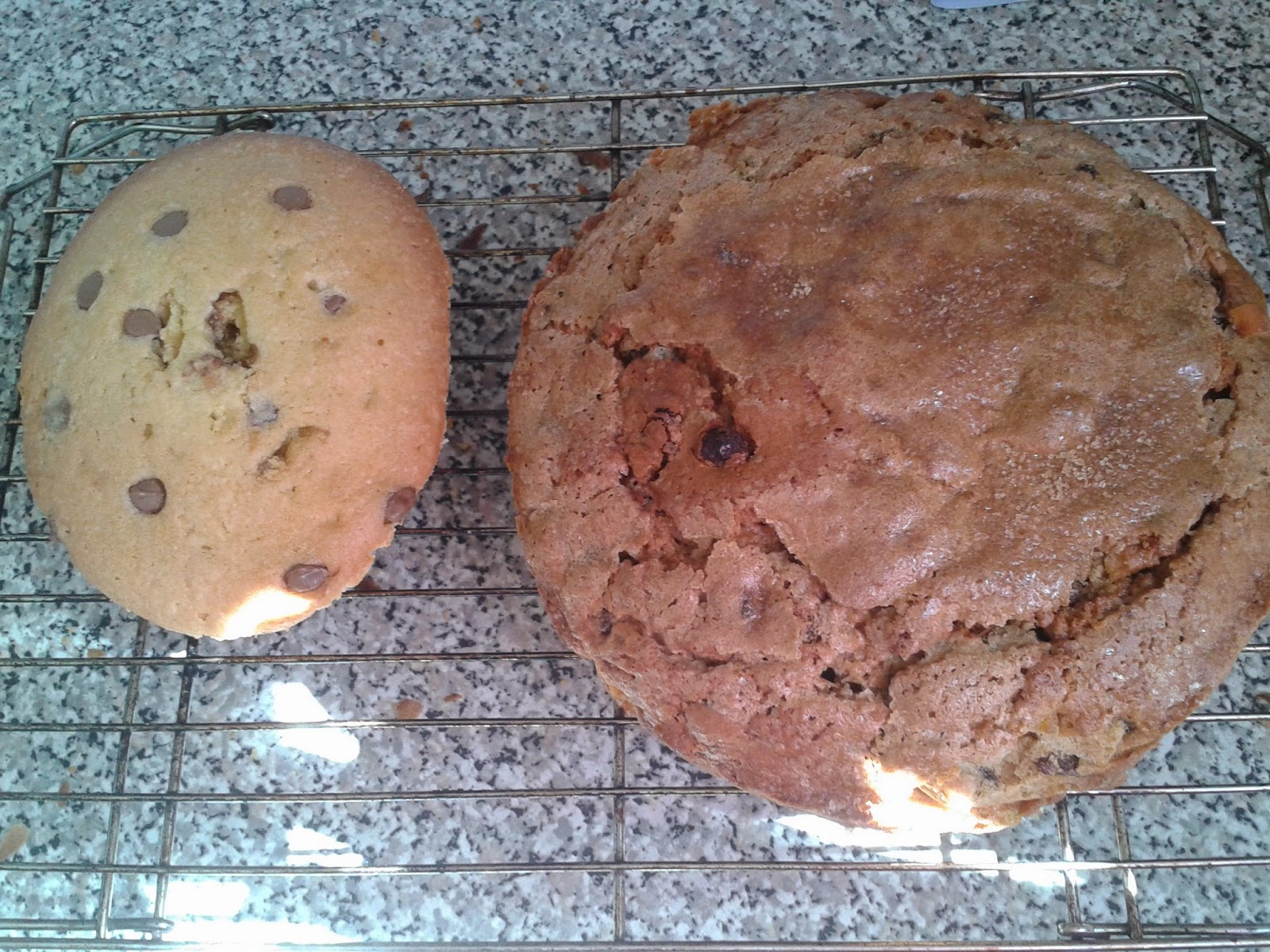 Whilst Malc and the boys were traveling around working on Tuesday they came across these in a front garden for sale.
£10 the lot, bargain, so they snapped them up. 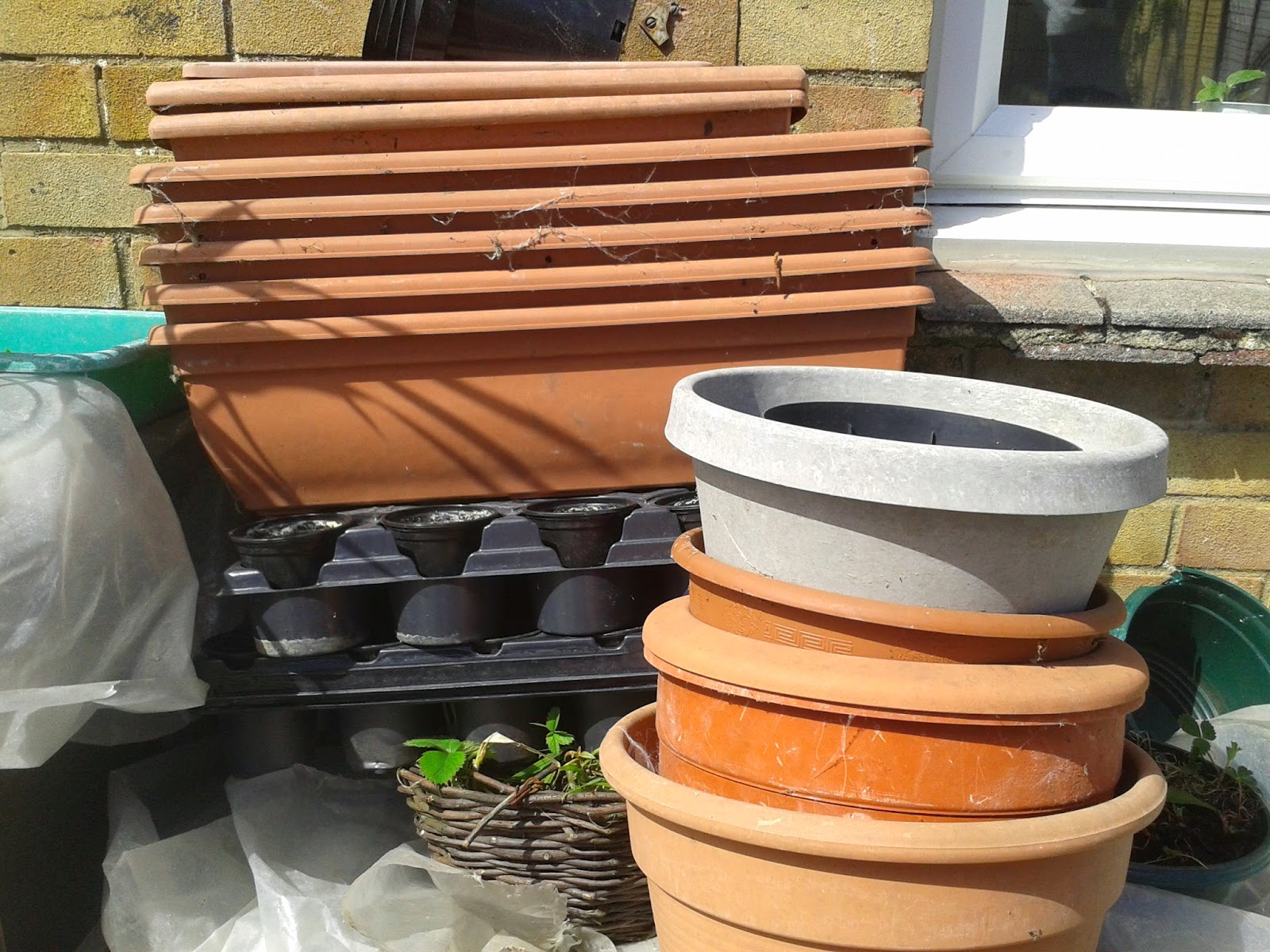 I've bought some fushias to put in them and I've got lots
of pretty flower seeds I can also sow in them.
Just need the nice weather to do that! This weekend is not looking good, heavy rain and strong winds forecast.
The boys want to get some more fish for their fishtanks tomorrow and I have to get some jogging bottoms for Clark as he's starting Karate next week and needs to wear something loose, he usually only wears jeans.
Another thing I hope to do over the weekend is read round some blogs as I've not had time to do that either!
Whatever you are doing I hope your weekend is productive and you keep dry!
Posted by Bridget at 20:13