Callum does gardening for various neighbours, he does weeding and mows lawns to earn a bit of money.
One of our neighbours had a bad stroke recently and so Callum has started to help him.
This man was a fantastic gardener and with Cals help has managed to continue to garden.
A couple of weeks ago he asked Callum to move his tortoise from the garage to a little enclosure in the garden, this was a bit of a surprise to Cal as he didn't even know that he had a tortoise. In fact when the man first mentioned it, Cal thought he was joking!
Cal and Clark have been coming home from the house over the past couple of weeks talking of the antics of this tortoise.
The mans wife fell at the beginning of last week and broke her forearm in four places, so I said to the boys that we'd go round this weekend with a bunch of flowers. We also took a couple of cupcakes that were made yesterday.
I just had to have a look at "Tiny".
Clark lifted the roof of the hut and this is what we saw 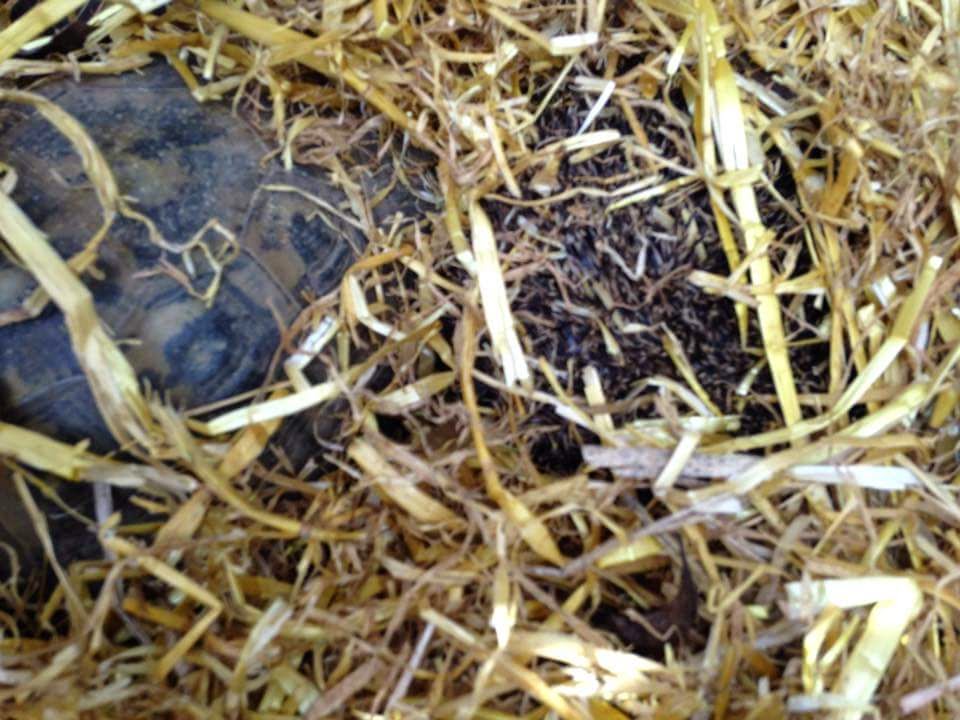 It isn't the best picture but hopefully you can see a hedgehog curled up next to the tortoise.
The man said that the hedgehog comes and goes but quite often they can both be found together  in the house asleep.
Wildlife co-existing!