We have some lovely beaches here in Dorset, so today we thought we'd take our buckets and spades and visit one.
My Mum and step dad joined us.
Eden's doing loads of revision for her exams and didn't want to join us, so she stayed at home and looked after the dogs.
We found an empty bench and parked ourselves there. 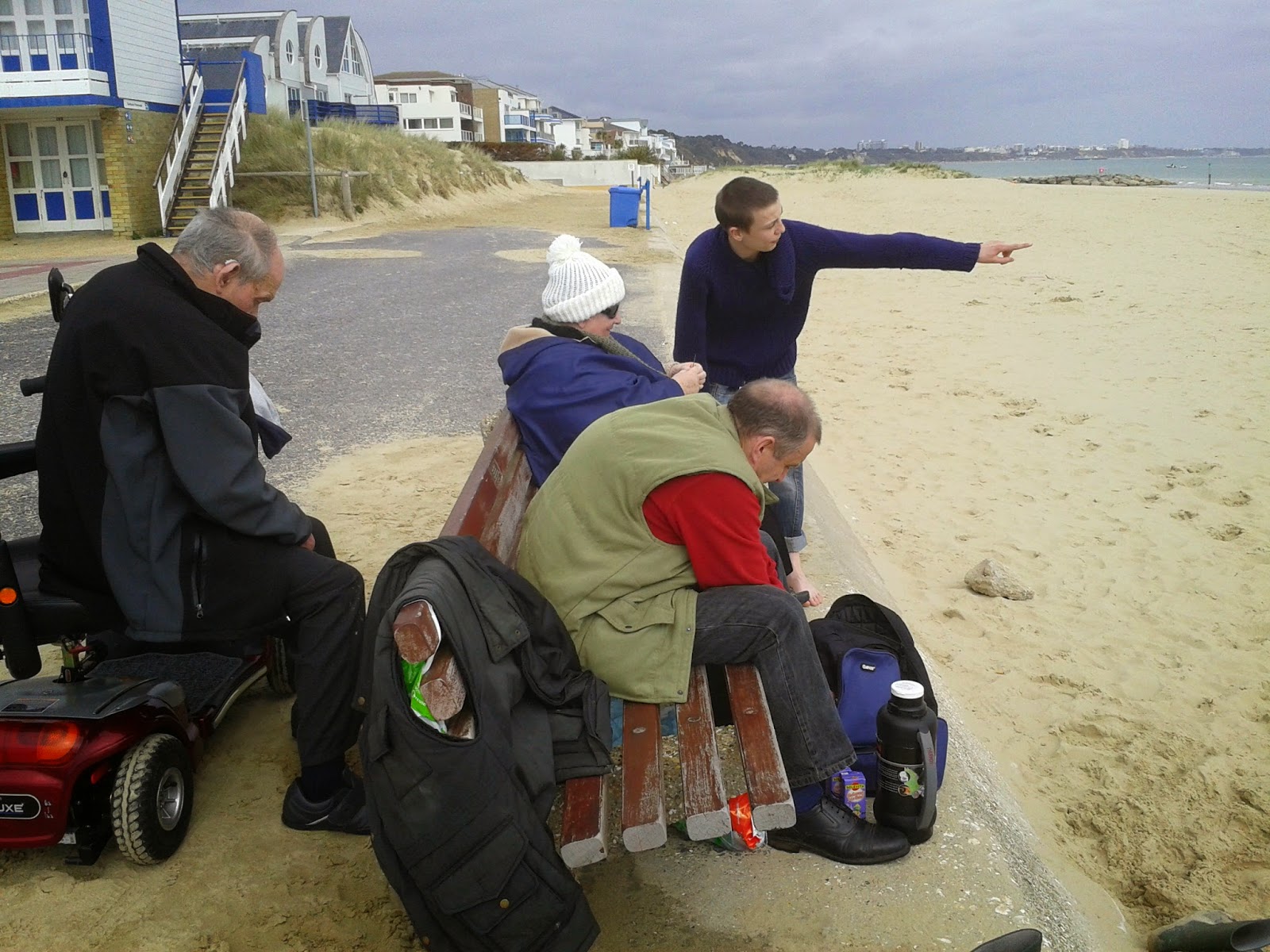 We also took a flask and some crisps and cakes 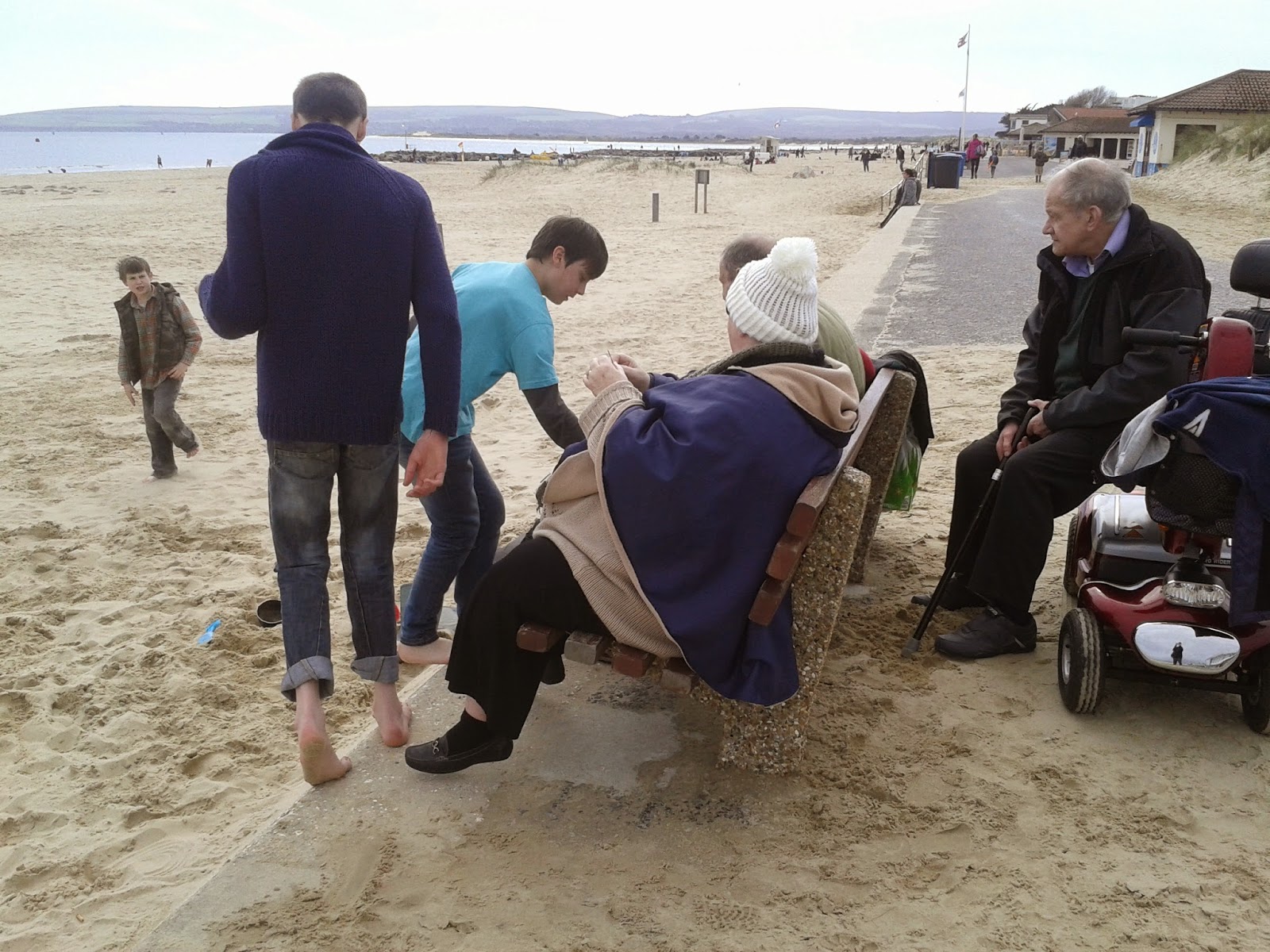 We wore our coats and the boys wore their wellies although there was a nippy breeze at times there were episodes of beautiful sunshine. 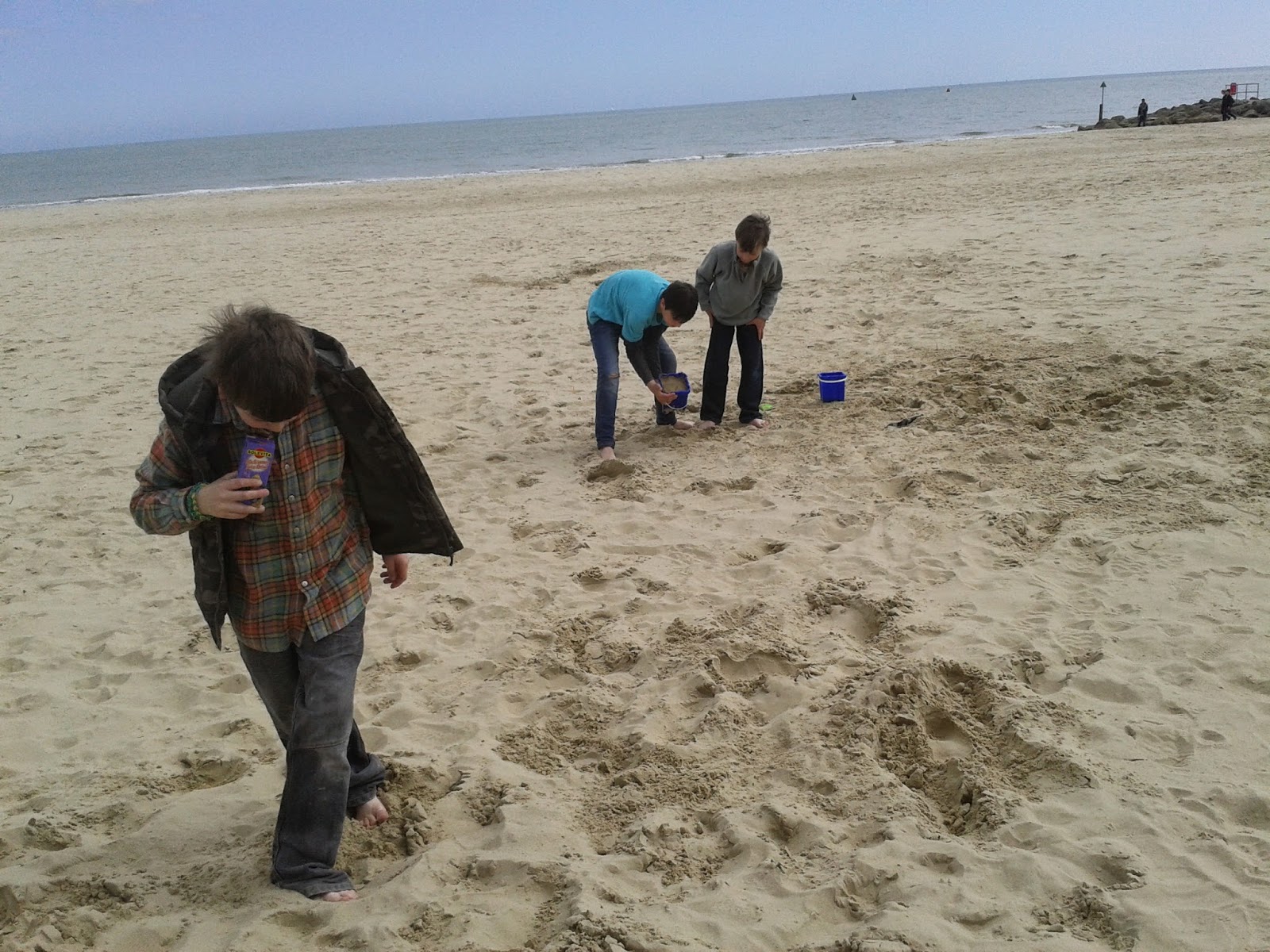 Sandcastles were built and the boys did a bit of paddling in the sea. They also found some little fish around the rocks on the breakwaters. 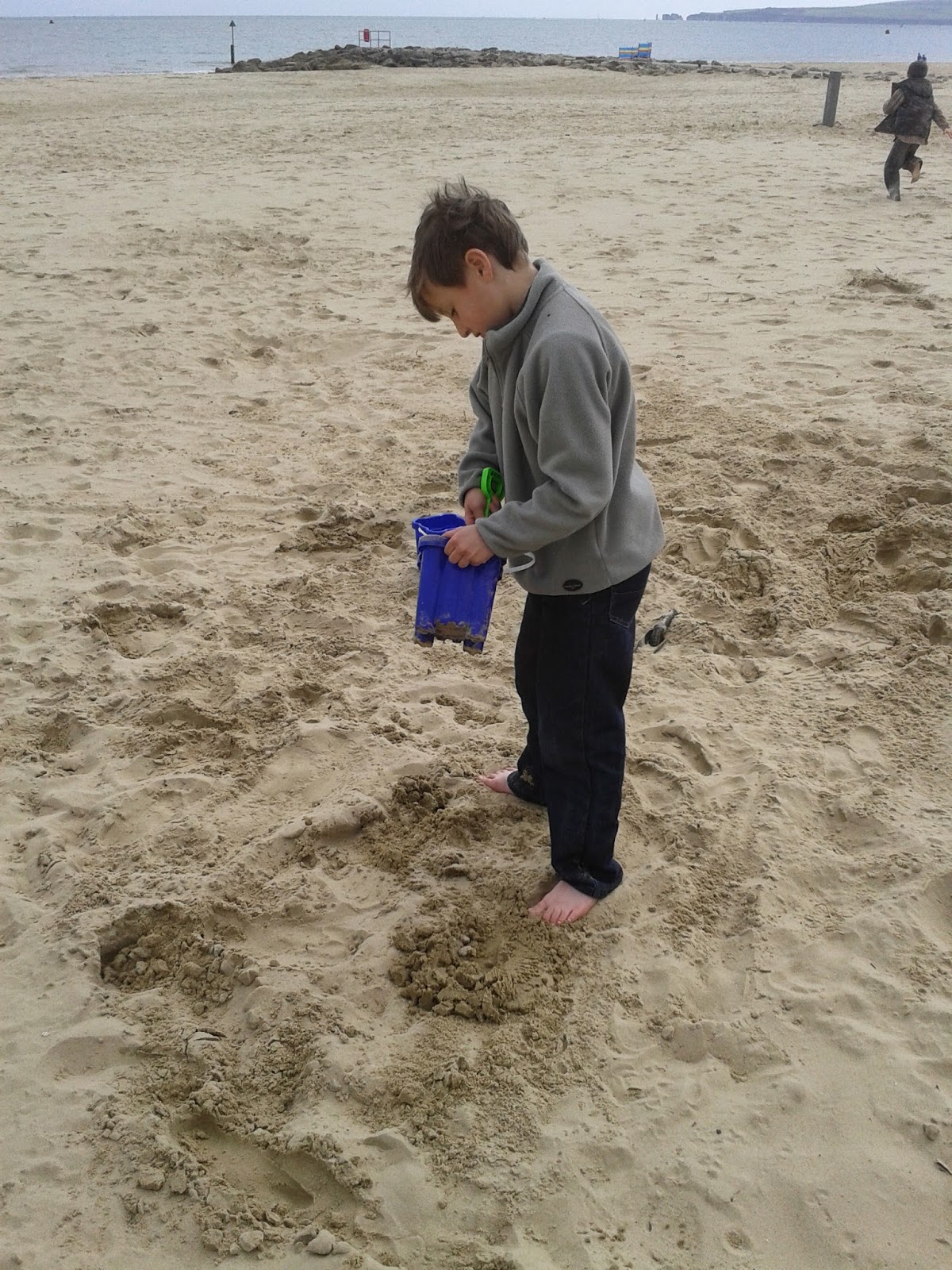 Cody decided that he would dig like a dog! 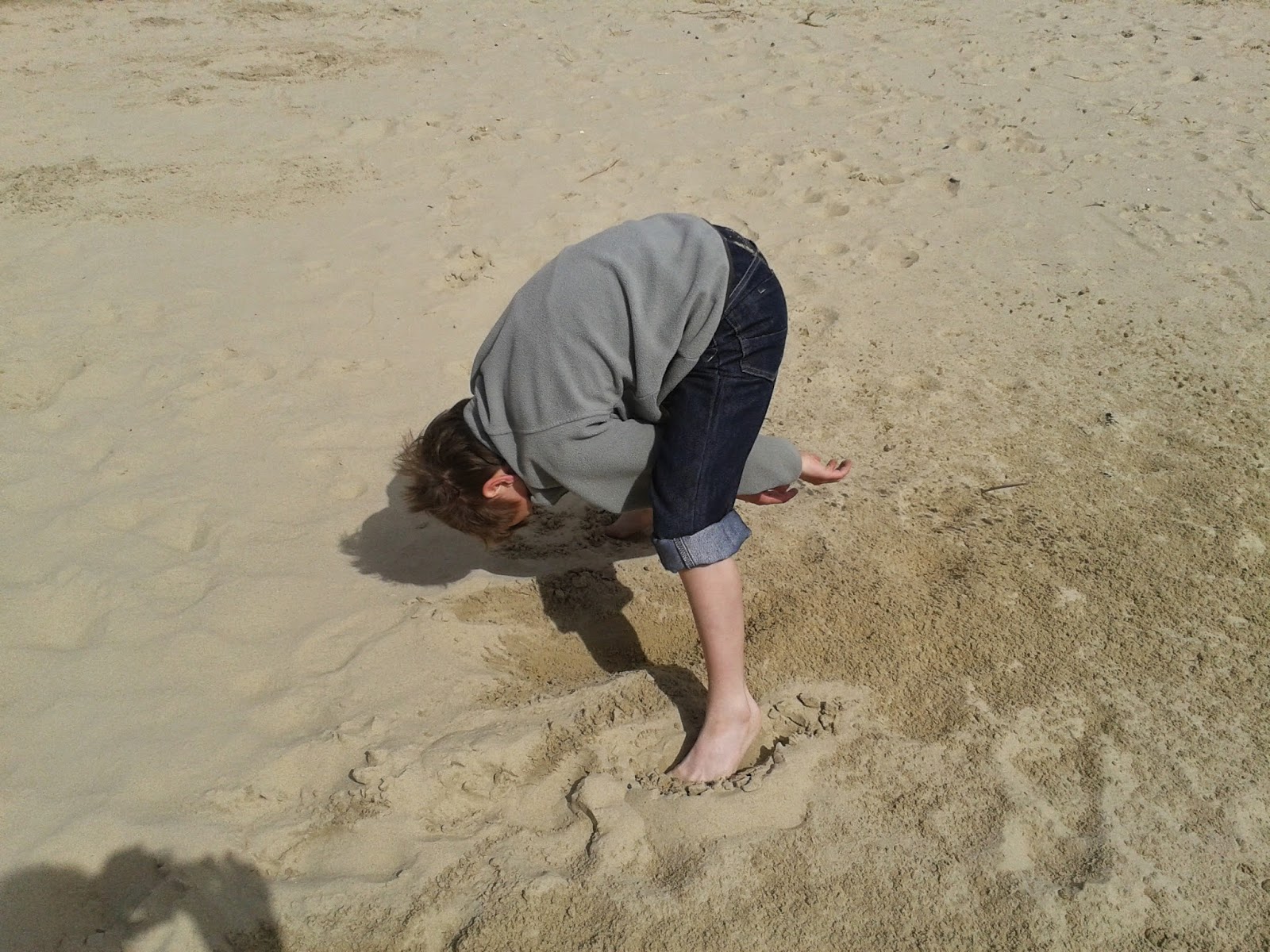 They bought their own ice creams with their pocket money and we spent nearly four hours there. Mum and Ed left after about two hours as they were getting a bit cold.
By the time we left the boys bare feet were numb as they'd been paddling and the water was so cold.
We walked back along the beach and for some reason  there was the bucket to a digger there so the boys posed for a picture. 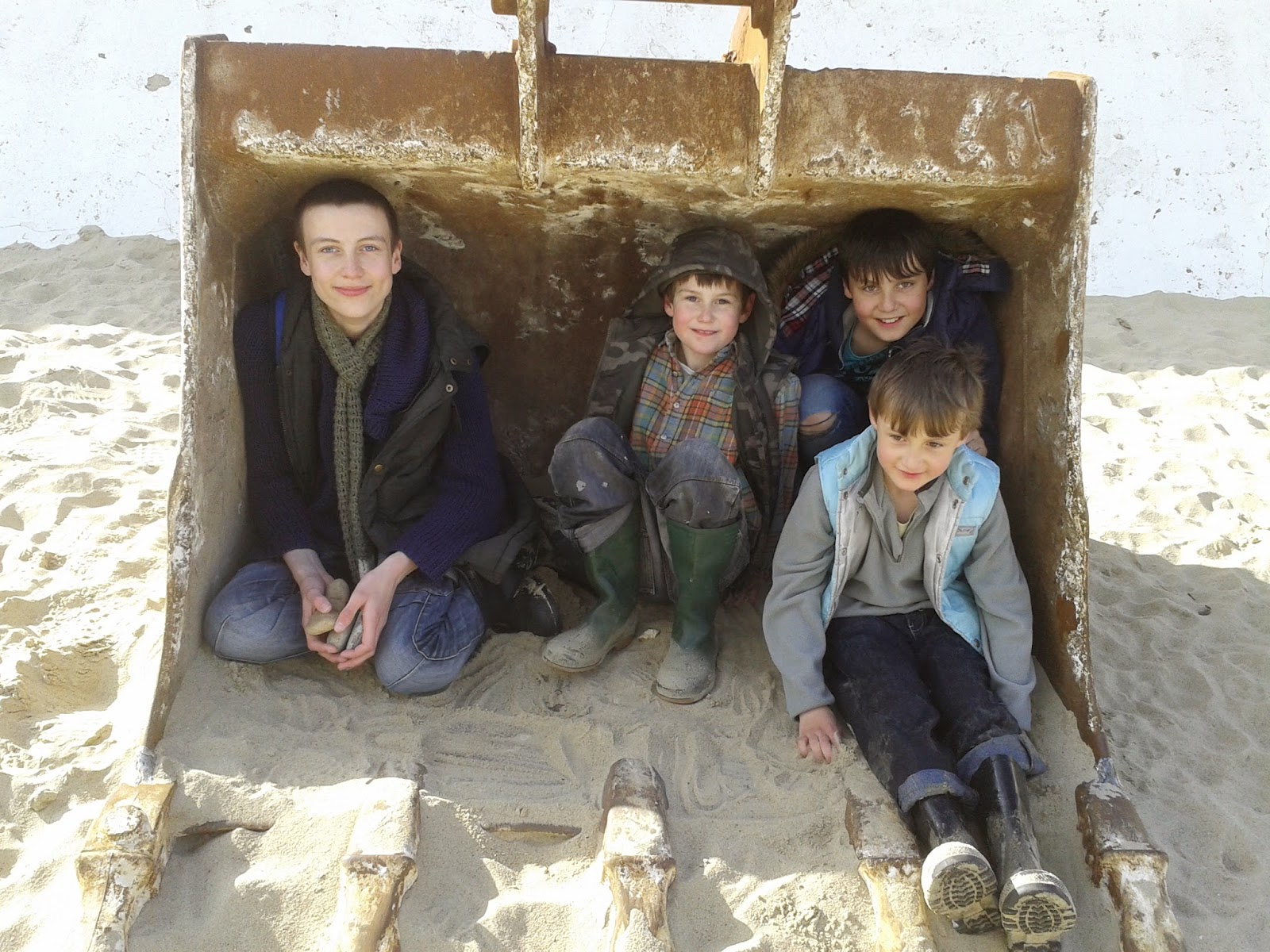 We've all had hot baths to warm us through and clean the sand off.
The boys had such a great time and they're asking to go again soon.
I love it when we have lovely days out which don't cost anything, where imagination takes over and they all play together nicely. They don't happen very often so I'm going to savour it.
Posted by Bridget at 19:27