Firstly I'd like to say Hi to a new follower, Amanda from eight by six.
Thank you for all yesterdays comments too. Our meal out was scrummy, a roast followed by a honeycomb sundae. Lush!
This morning was filled with schoolwork from workbooks, all four boys did age appropriate to them for about an hour, then the youngest two read their schoolbooks to me. We had lunch and loaded up the dogs, a couple of bottles of water and some biscuits and set off for the forest. 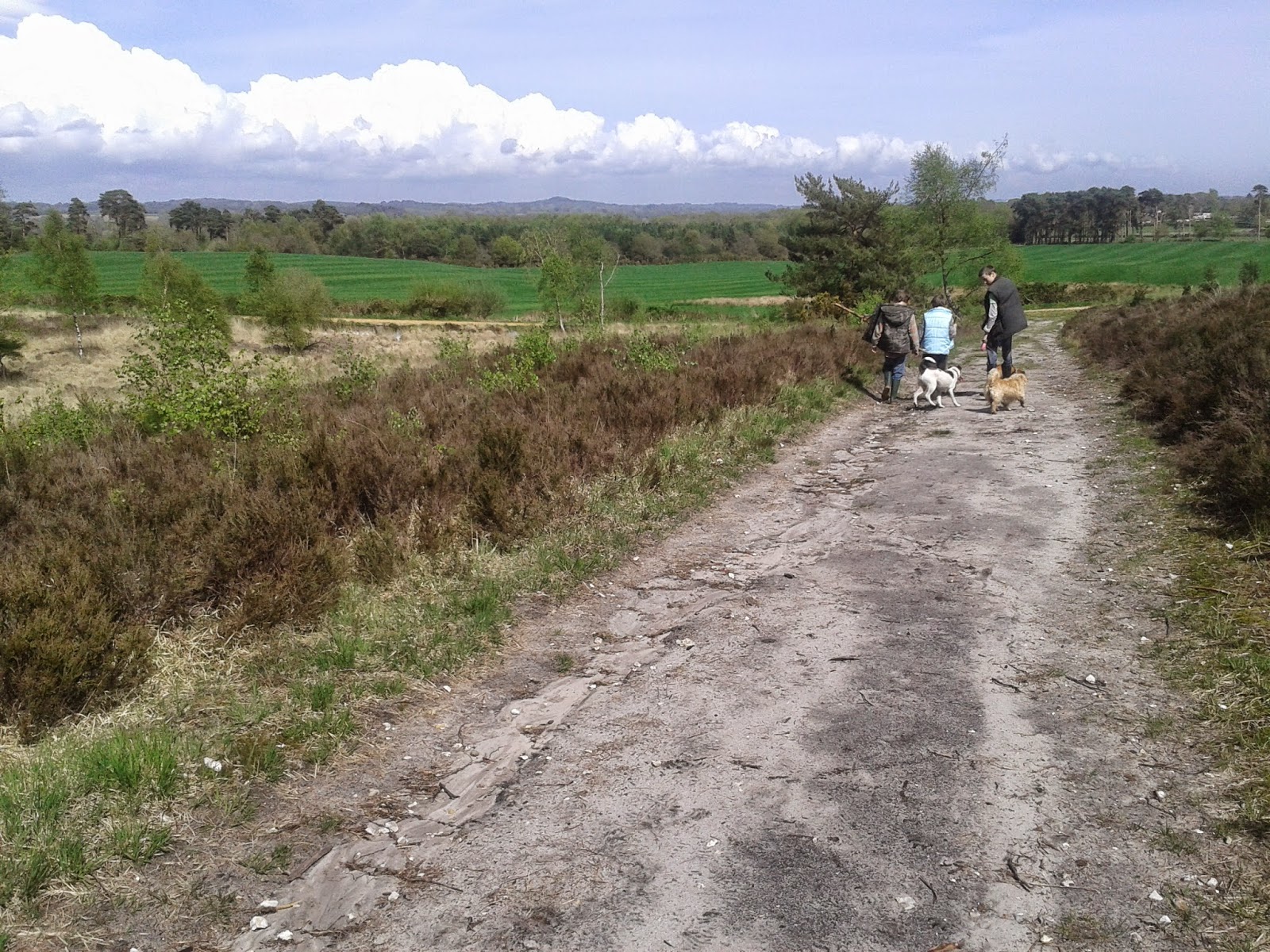 There are some walks that we know and have done a few times, sometimes we add bits onto them.
Today's walk was one we've done several times.
You walk up this path and you come to some bushes in front of a load of trees. 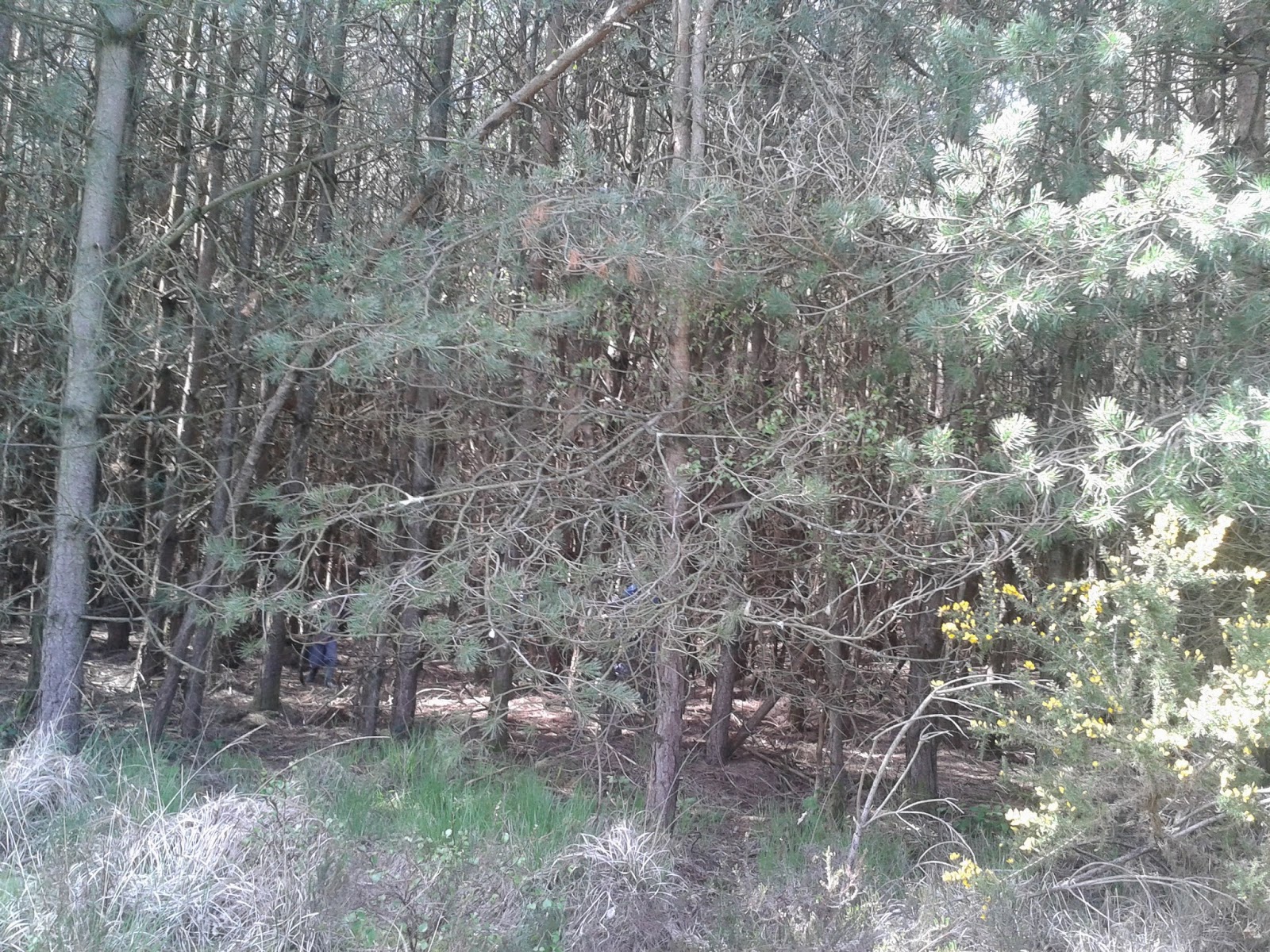 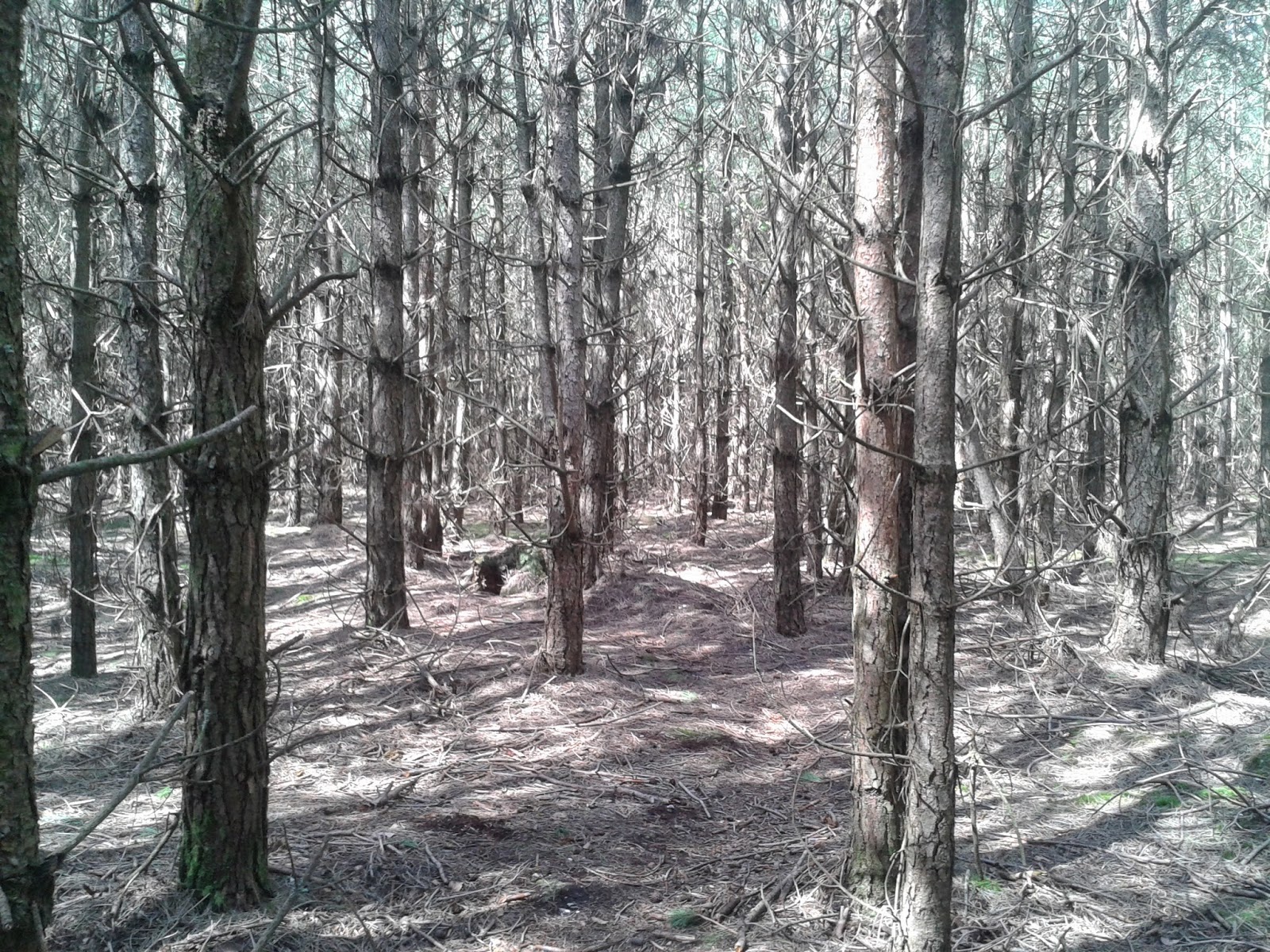 There's no greenery, just row upon row of trees 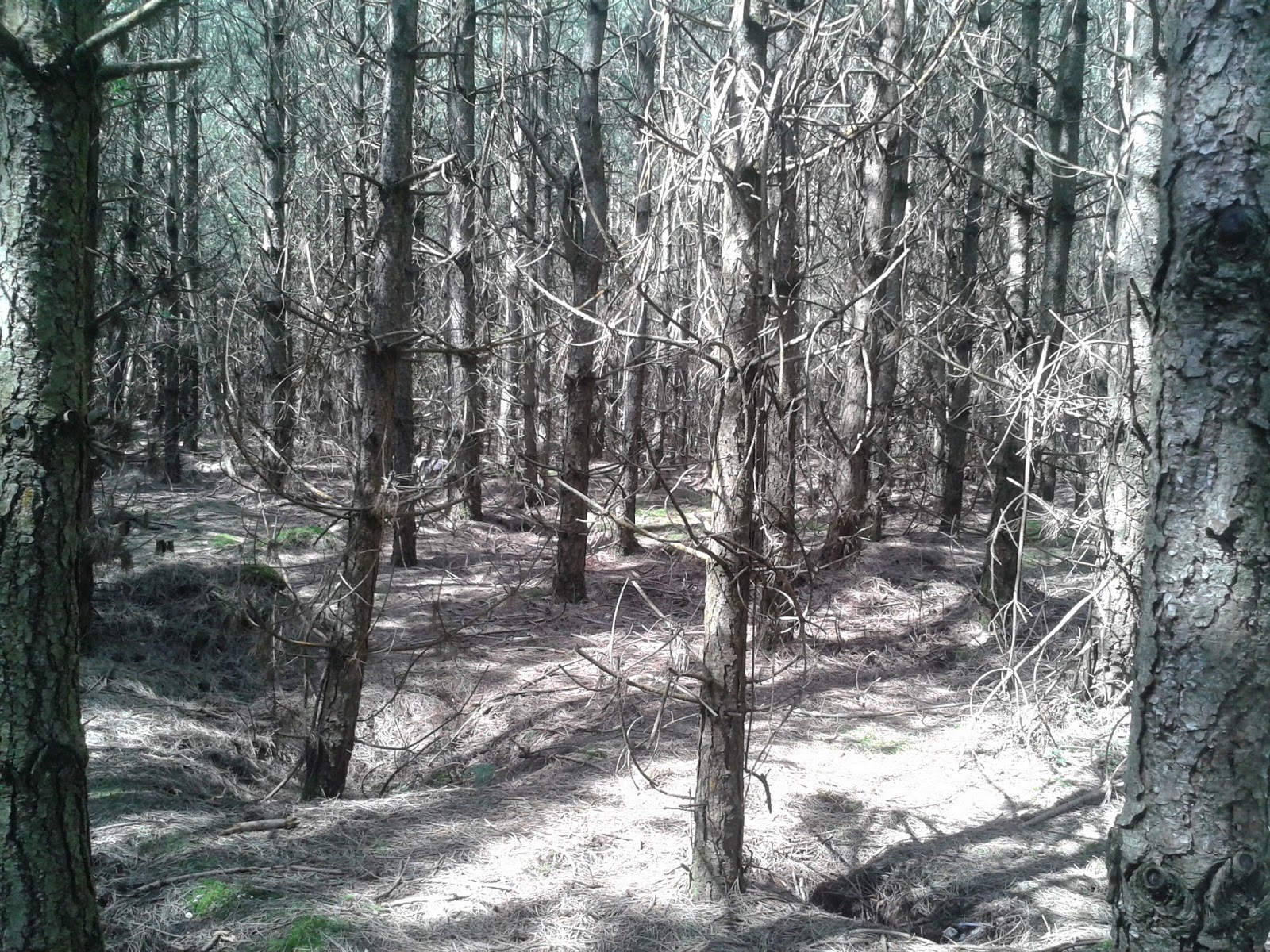 Underfoot is a thick layer of pine needles, dead and brown. We've never met anyone in here before, you could spend all day in there following the paths. It's colder and darker in there and of course boys being boys all sorts of adventures are had in "Narnia"! 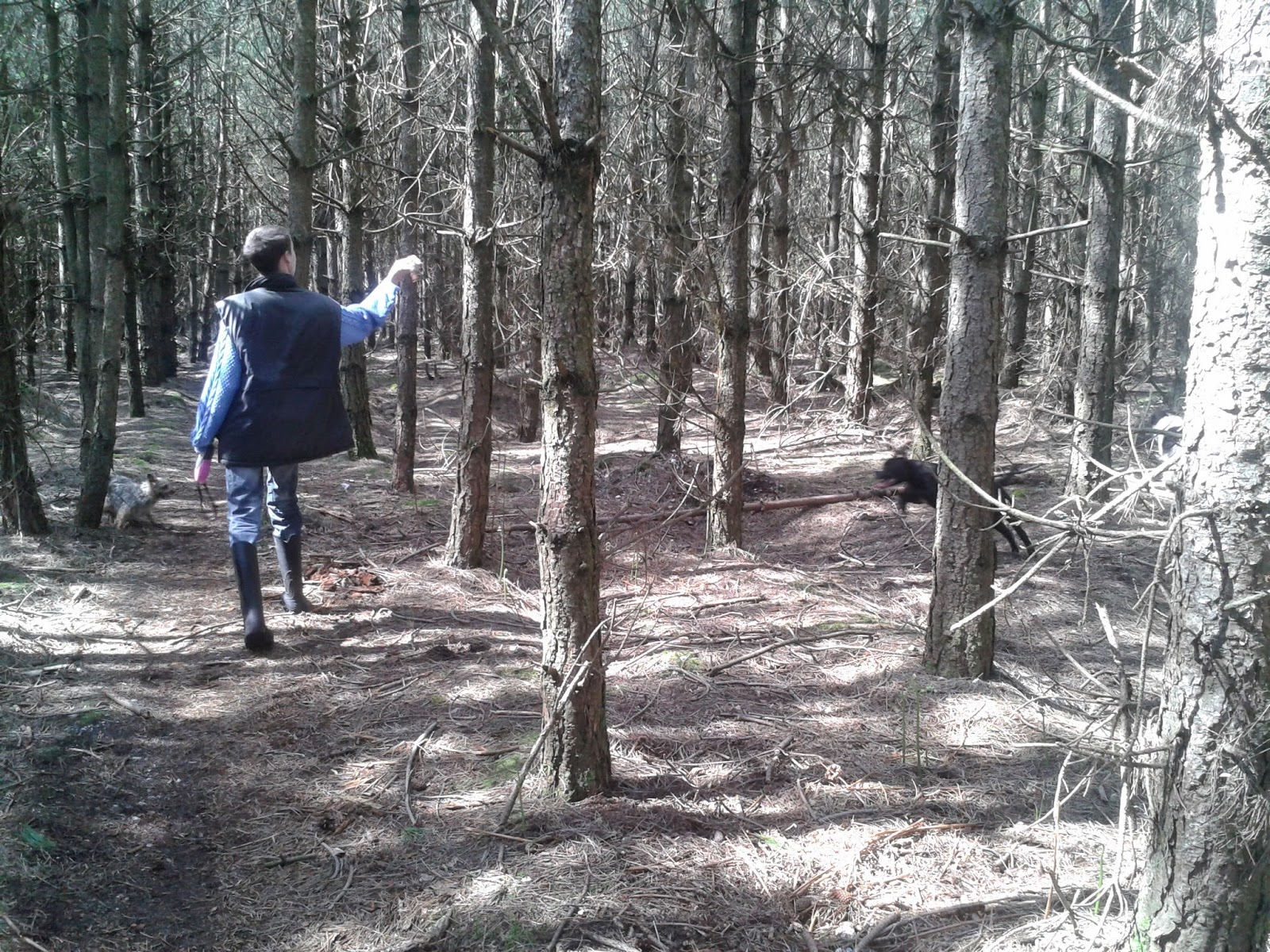 We found these four hobgoblins in there. 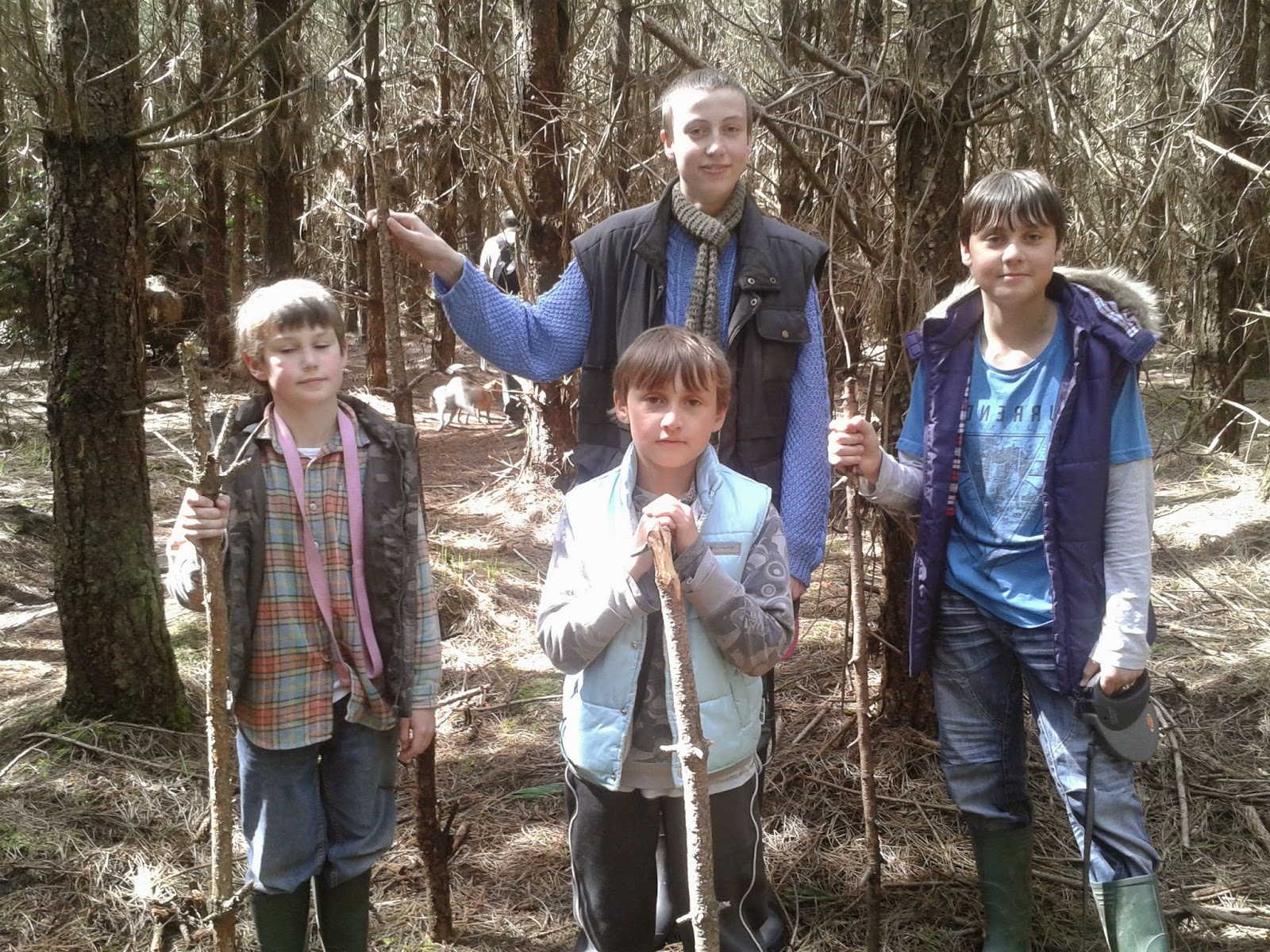 After going through Narnia you follow another path that takes you to the top of a hill. We sat and ate our biscuits and drank our water with the dogs milling around and the boys watched the huge ants going about their business. 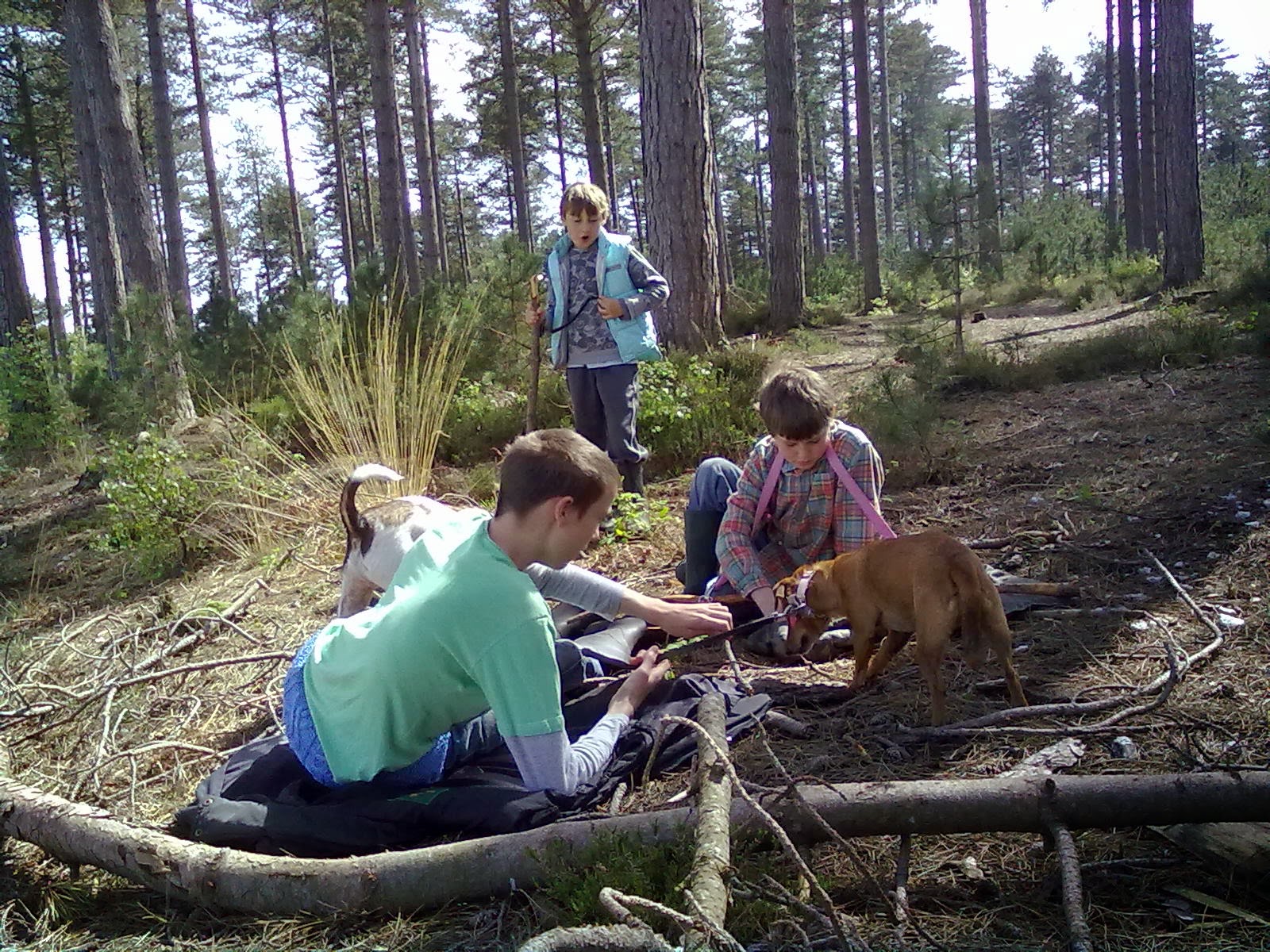 Soloman is mad on guns so anything in his hands can become one! 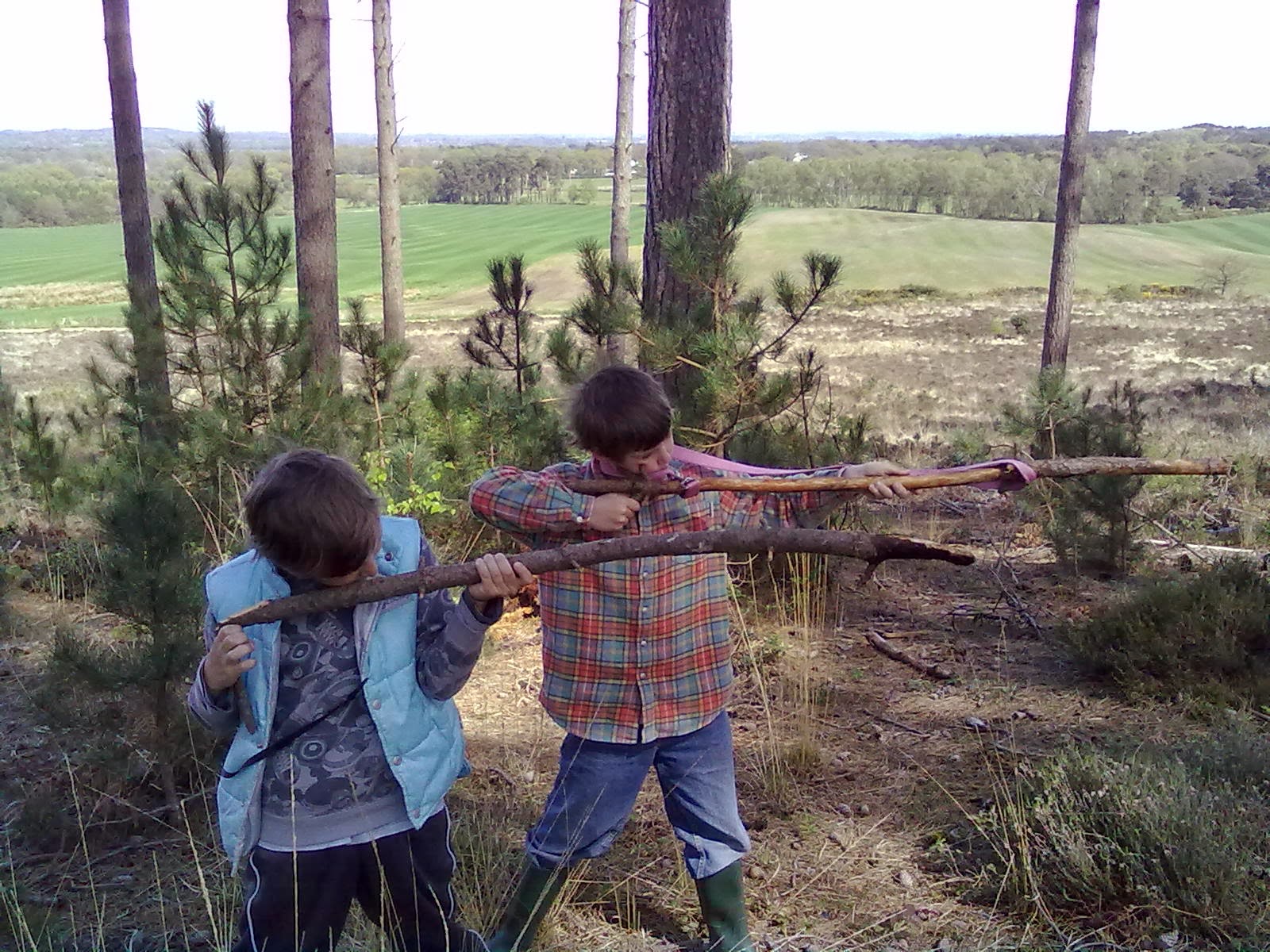 We walked for about one and a half hours before heading to the minibus and then to Asdas for a couple of things that I couldn't
get during the week.
We then picked Eden up as she had Chamber Choir after school.
We've had tea and the boys have been playing out with their friends all evening. They're now in the bath, there's not much on TV again tonight so I think it'll be an early night all round.
Posted by Bridget at 21:39