It was Callum birthday on Friday, firstly he opened his presents, he received quite a bit of money, clothes and we got him a much wanted and asked for Tablet! 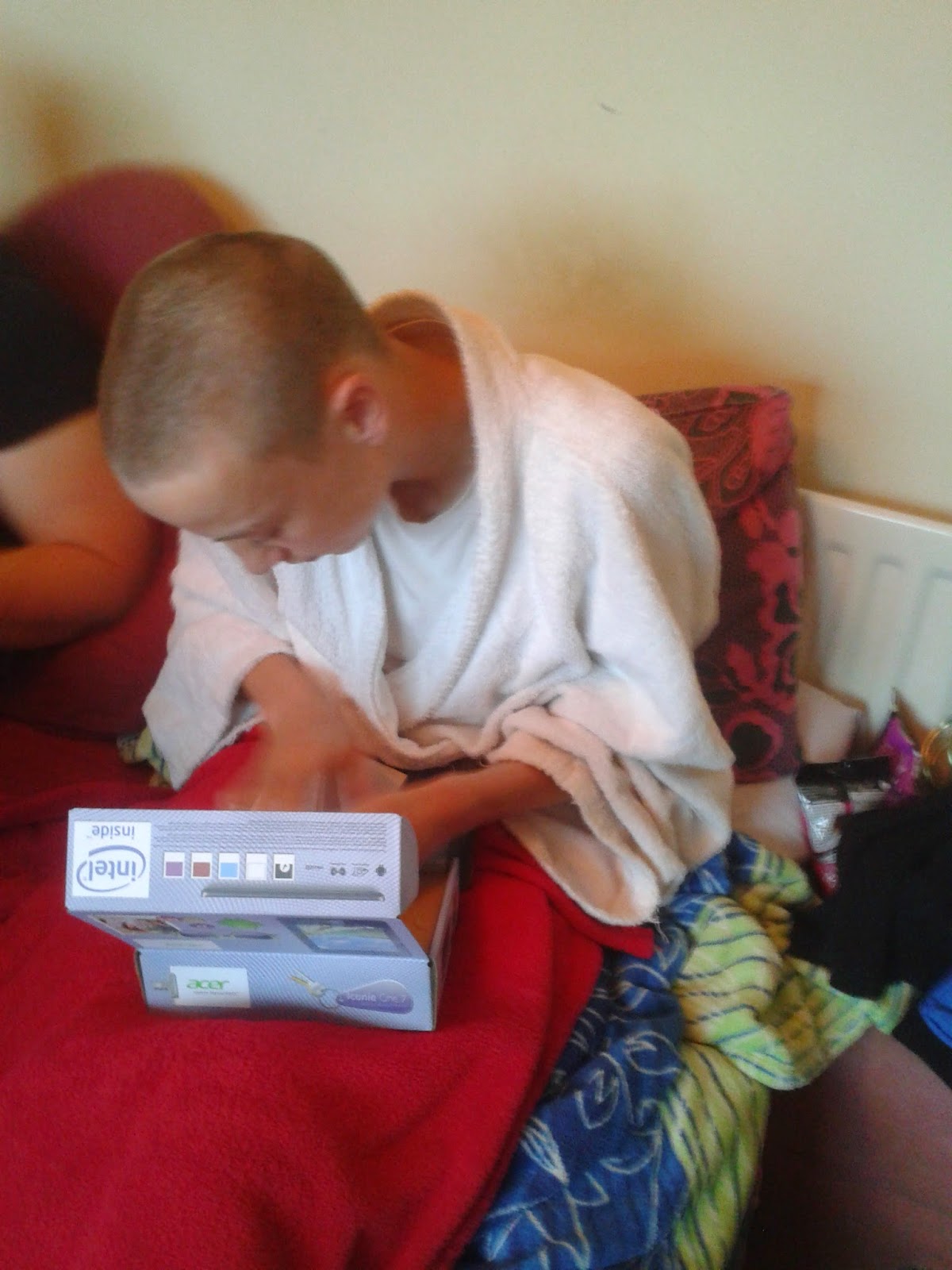 I only worked at J's because I wanted to spend  as much time as possible with him and I only did her because she's away next week and I don't like to miss two weeks in a row.
We had a quiet afternoon and then went out for a meal in the evening at our favourite restaurant where we have our Sunday breakfasts.
Mum and Ed were meant to come, they were actually paying but Mum went down with a mystery virus so she gave us the money for us to go without them. We had a lovely despite initially feeling really bad that they couldn't come.
Cal chose his cake earlier in the day and we took it to the restaurant with us. 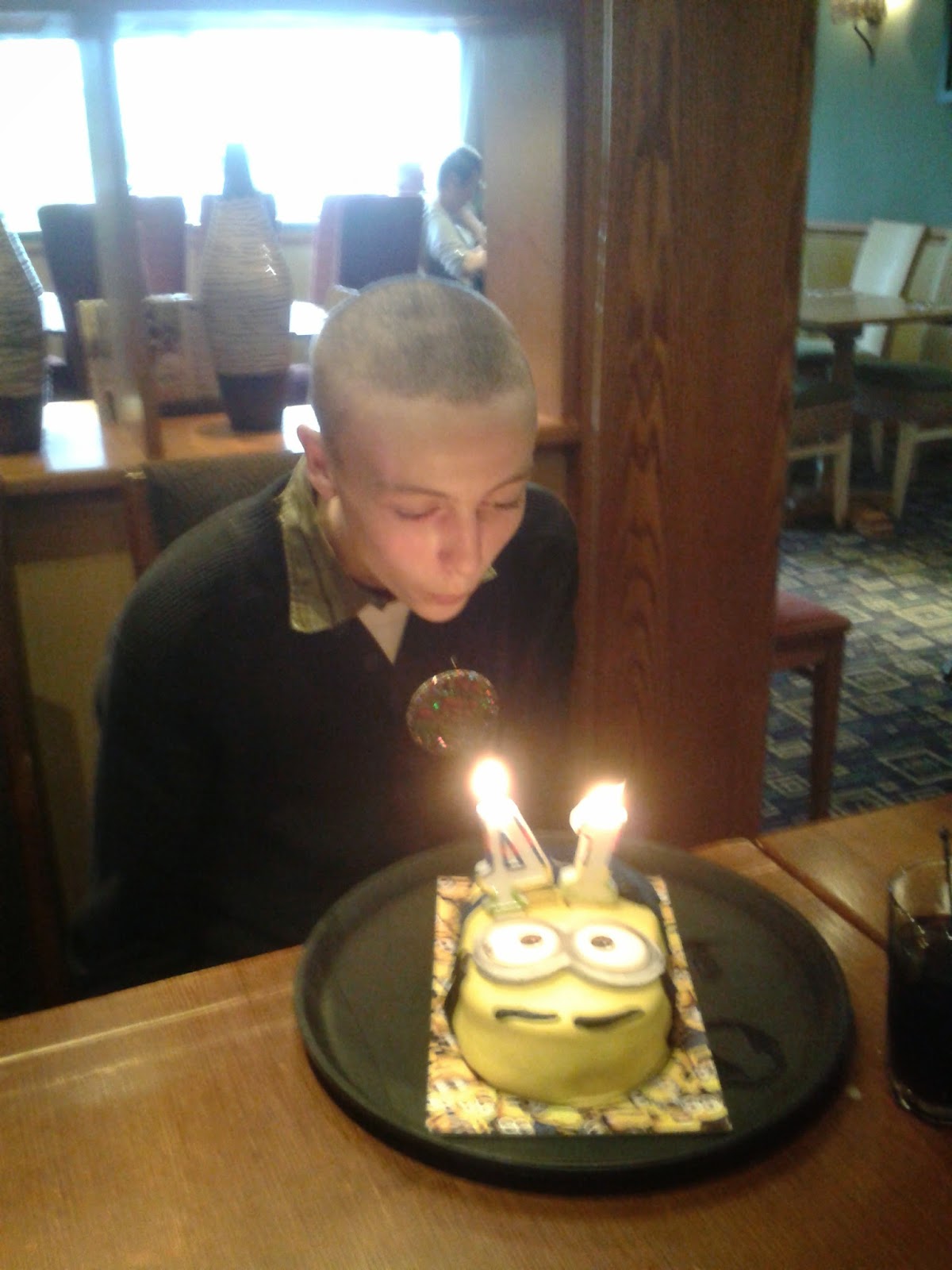 When we arrived home one of my friends had literally just pulled up to deliver Cals card and present so they came in for  cuppa and a natter. They left about nine o'clock.
We watched a bit of TV and went to bed.
Saturday Malc, Cal and Clark went to men's breakfast at our local church, it's an event that's run every two months and they get a full English and a speaker, they have had some really interesting ones over the years.
I went to Mums for an hour to check they were OK.
We left late in afternoon to go to Shaftesbury Carnival and had a fantastic time. Some of the floats were huge.
My pictures aren't the best I'm so short so trying to get a picture above people in front or to the side is a task!
Lots of the floats seemed to have men dressed as ladies! 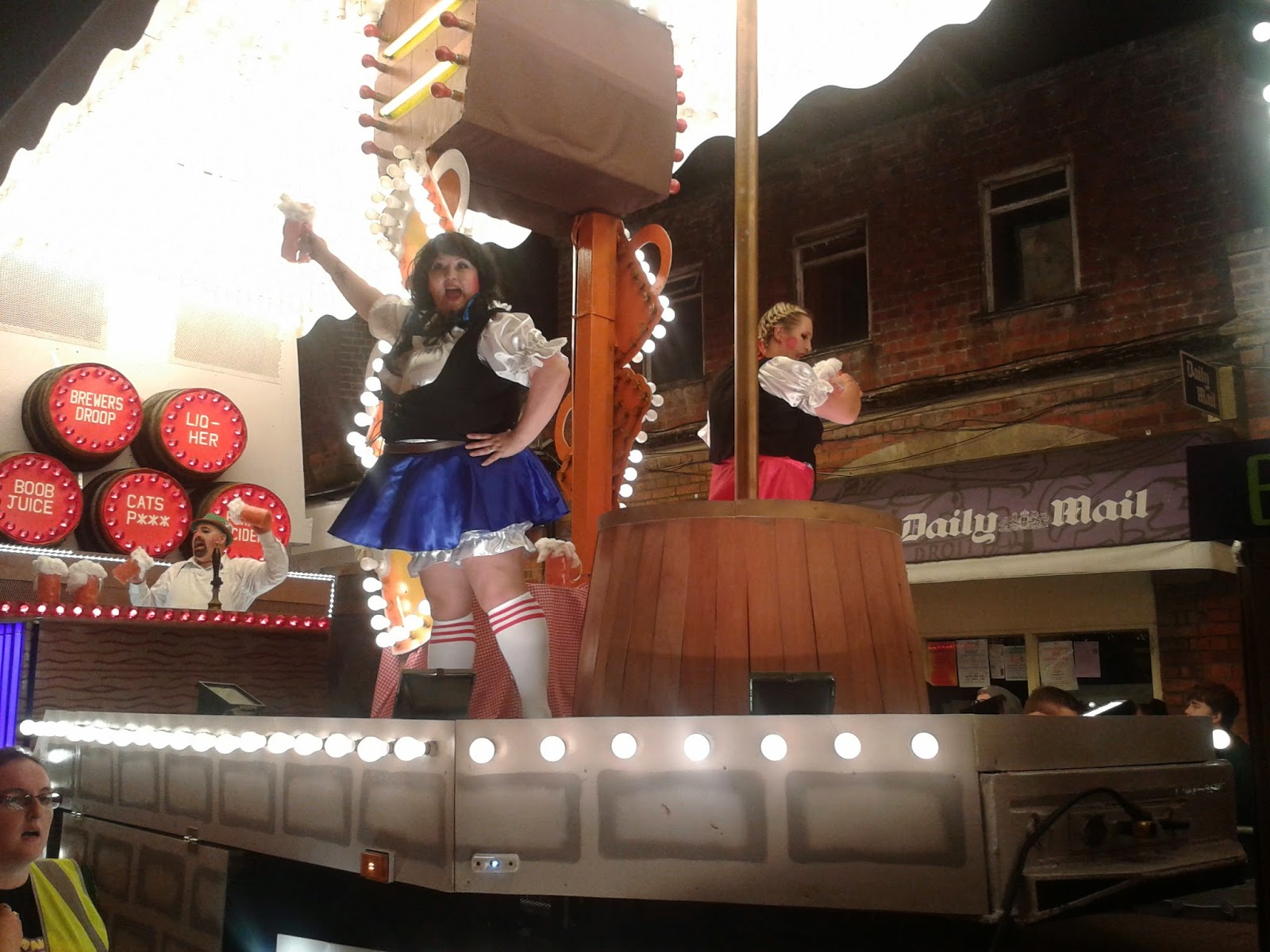 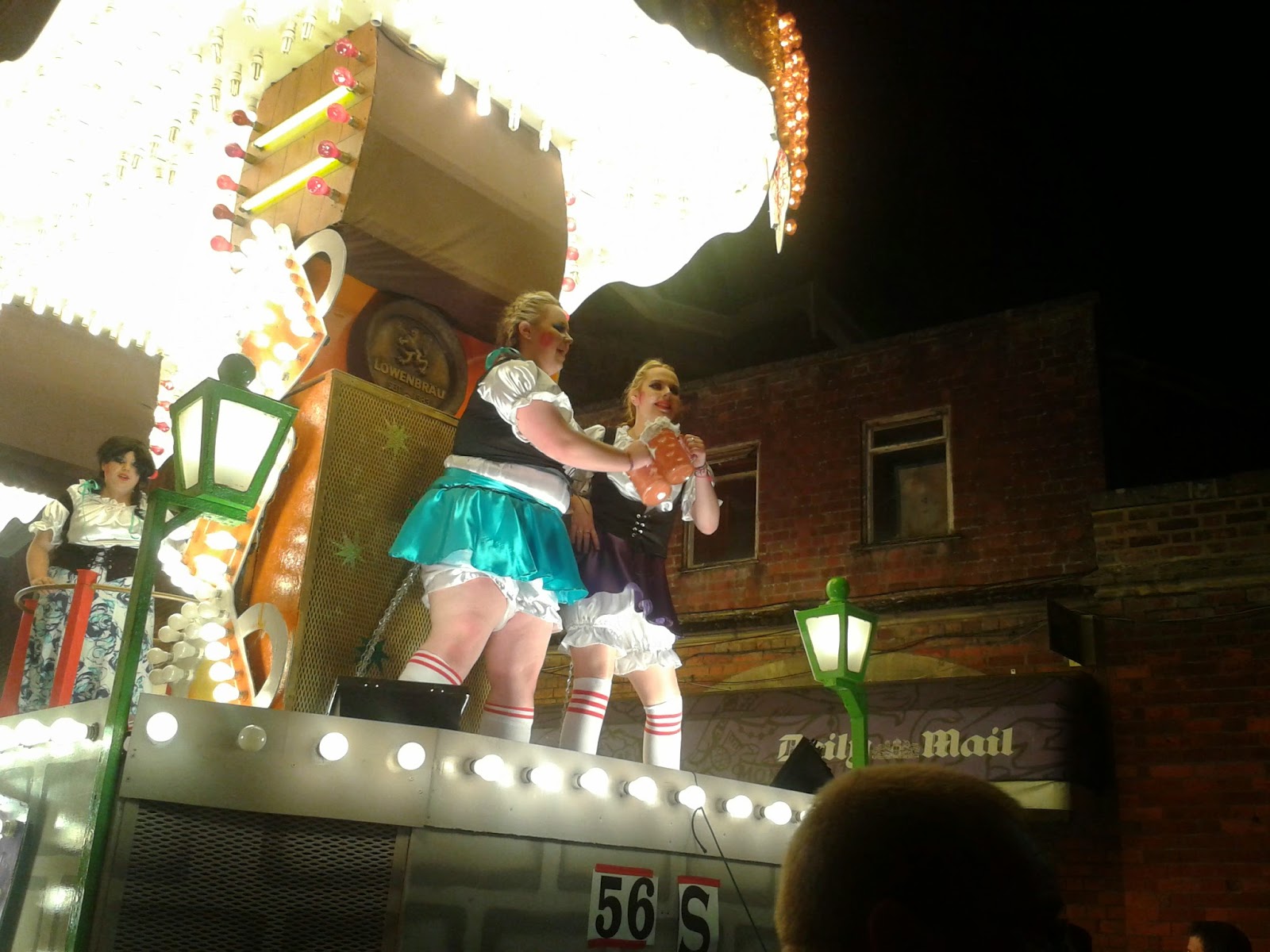 This was a float done up as Christmas! This float was done up as London after the apocalypse, the people didn't move, it wasn't a "fun float" exactly but it was brilliantly done with lots to look at on it. 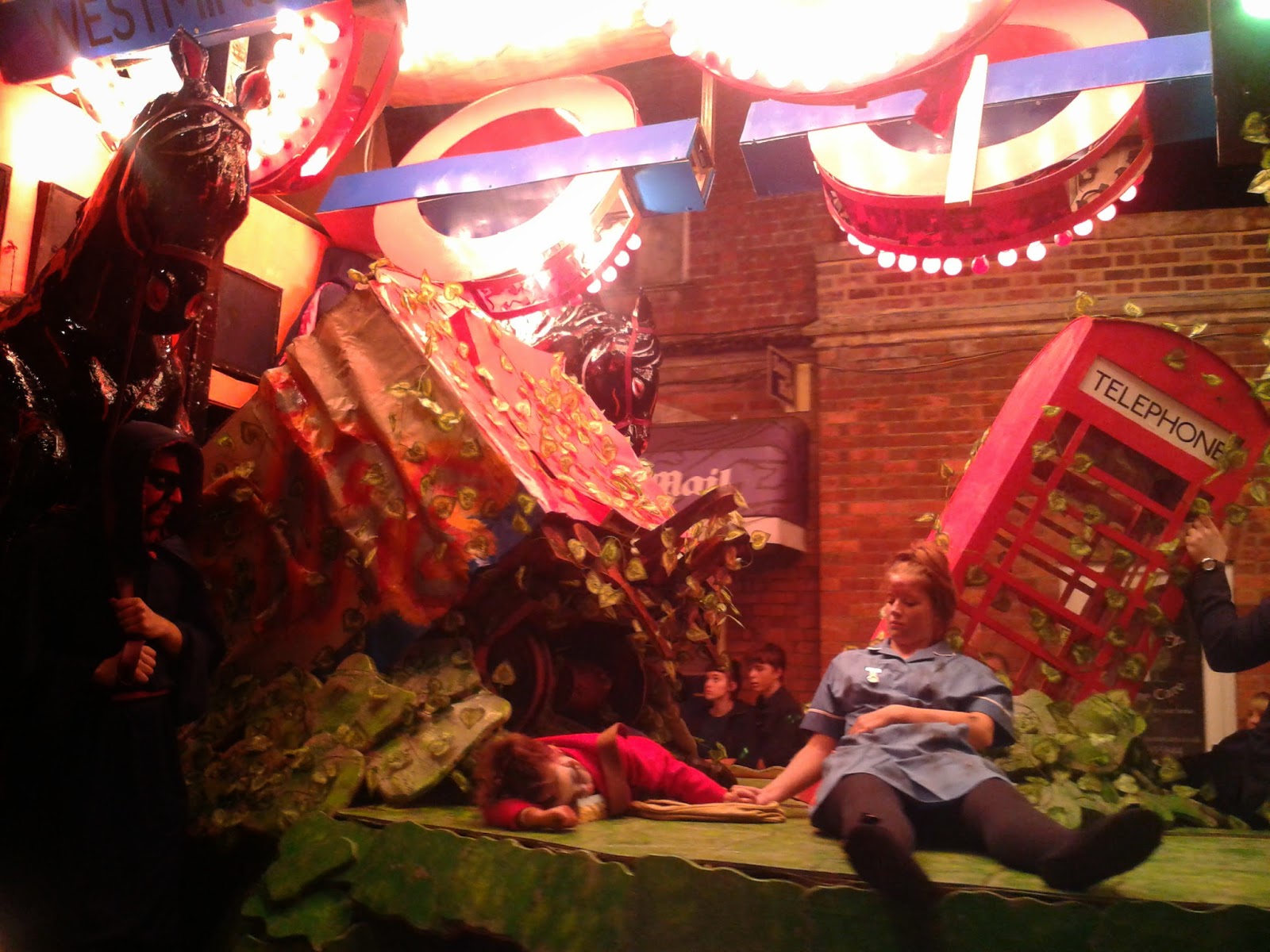 We got home about 10pm. Eden had stayed at home and had a couple of friends round  so we came home to music and dancing, being the hip, cool parents we are we joined in! We ended up eating pizza at midnight and dancing until about 1am. My goodness my hip is paying for it this morning!
My head is still 16 years old but my body sure isn't!
Today we went to town to a local craft shop which is really cheap where Cal, Clark and I bought some card making stuff. The boys want to make their own Christmas cards which I'm sure will be appearing on here when they are made.
I have finished crocheting two squares of a six square throw for my mums new sofa and I have crocheted them together.
The first picture is of them folded as it was too big to take a decent picture of 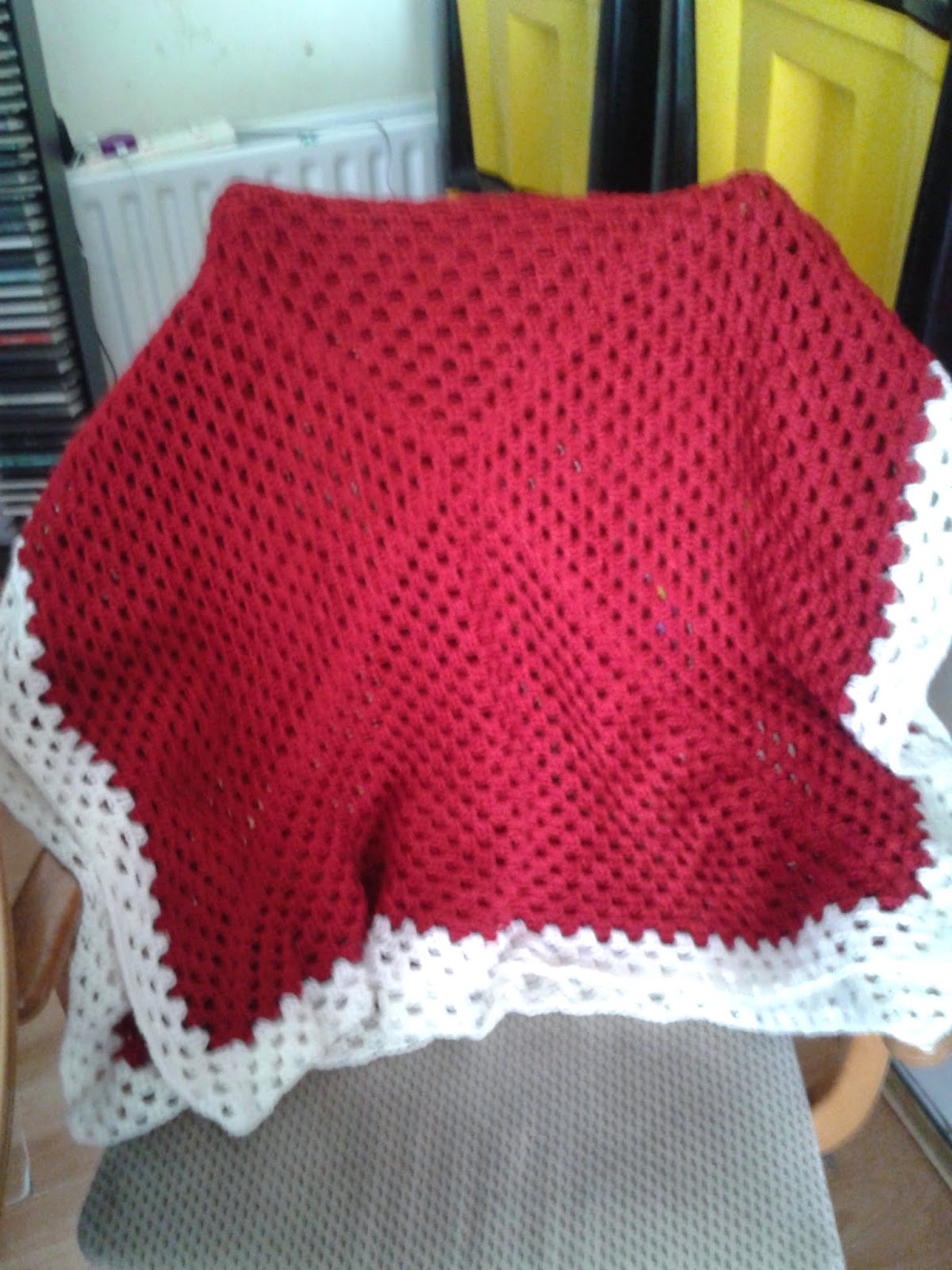 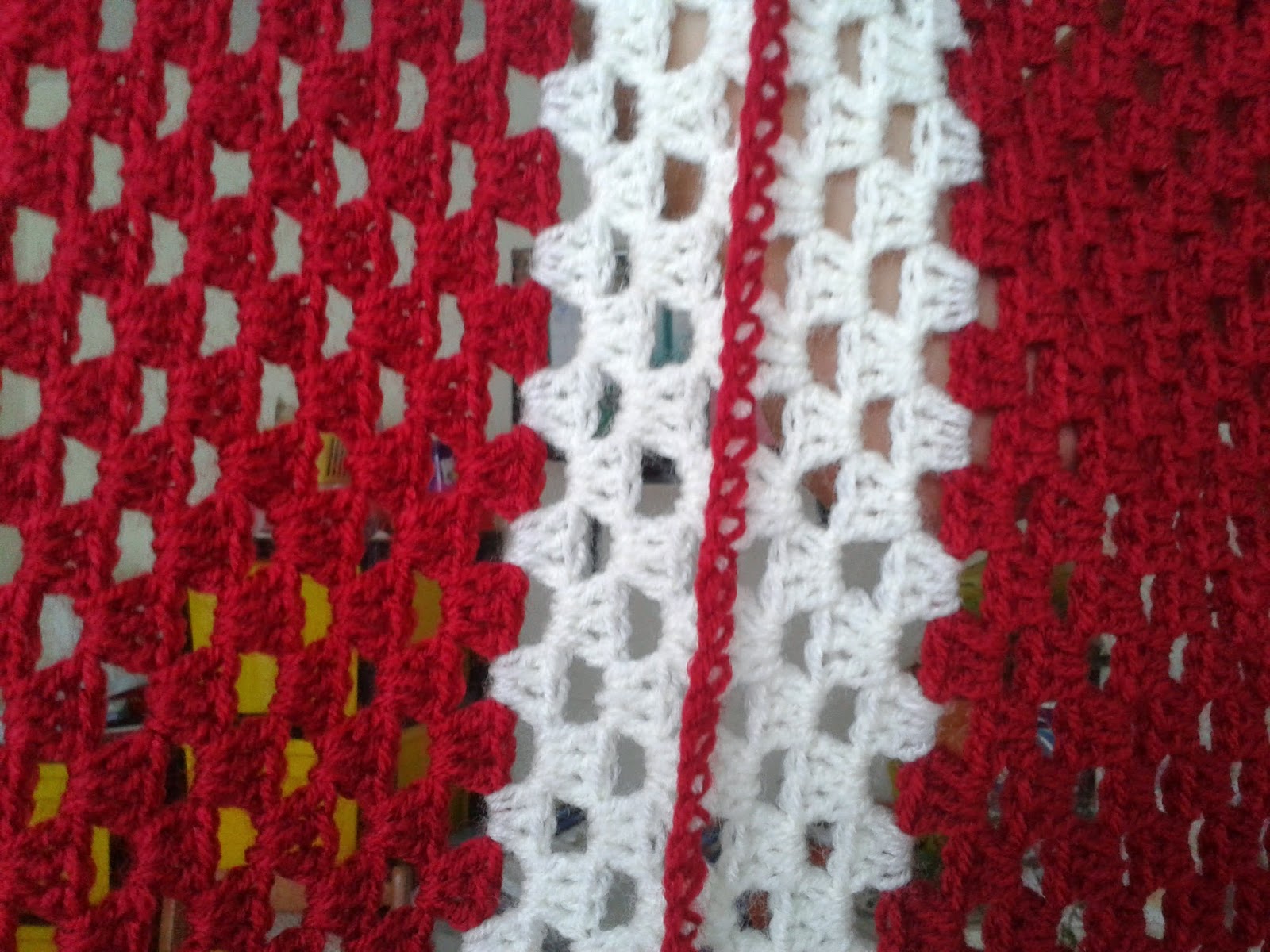 So tonight I'm starting on square number three whilst watching Downtown Abbey, that is if I can concentrate on what my fingers are doing whilst following the plot!
Posted by Bridget at 17:45