It's been really warm today so I got really hot doing my cleaning today. I went to N's first and did my hour and then went to Mums and did a couple of hours there.
Malc has been playing catch up with work for the past couple of weeks what with time off because of stepdads stroke and going away but finally today he has caught up.
It's such a good feeling.
After lunch I made a lasagne for tonights tea and then did some schoolwork with the boys.
Eden feels much better and had a good day at sixth form. She had double physics and said her day was so good as she loves physics so much! My goodness, that child is a freak!!
My neighbour has a seven year old girl and she's asked Eden to give her extra tutoring one night a week so Eden did it for the first time tonight, she was so enthusiastic about it she listened to Cody read his book after tea! The neighbour is paying her, I have told her that I won't be!
I finished crocheting another dogs blanket last night, this one's for our dogs though. 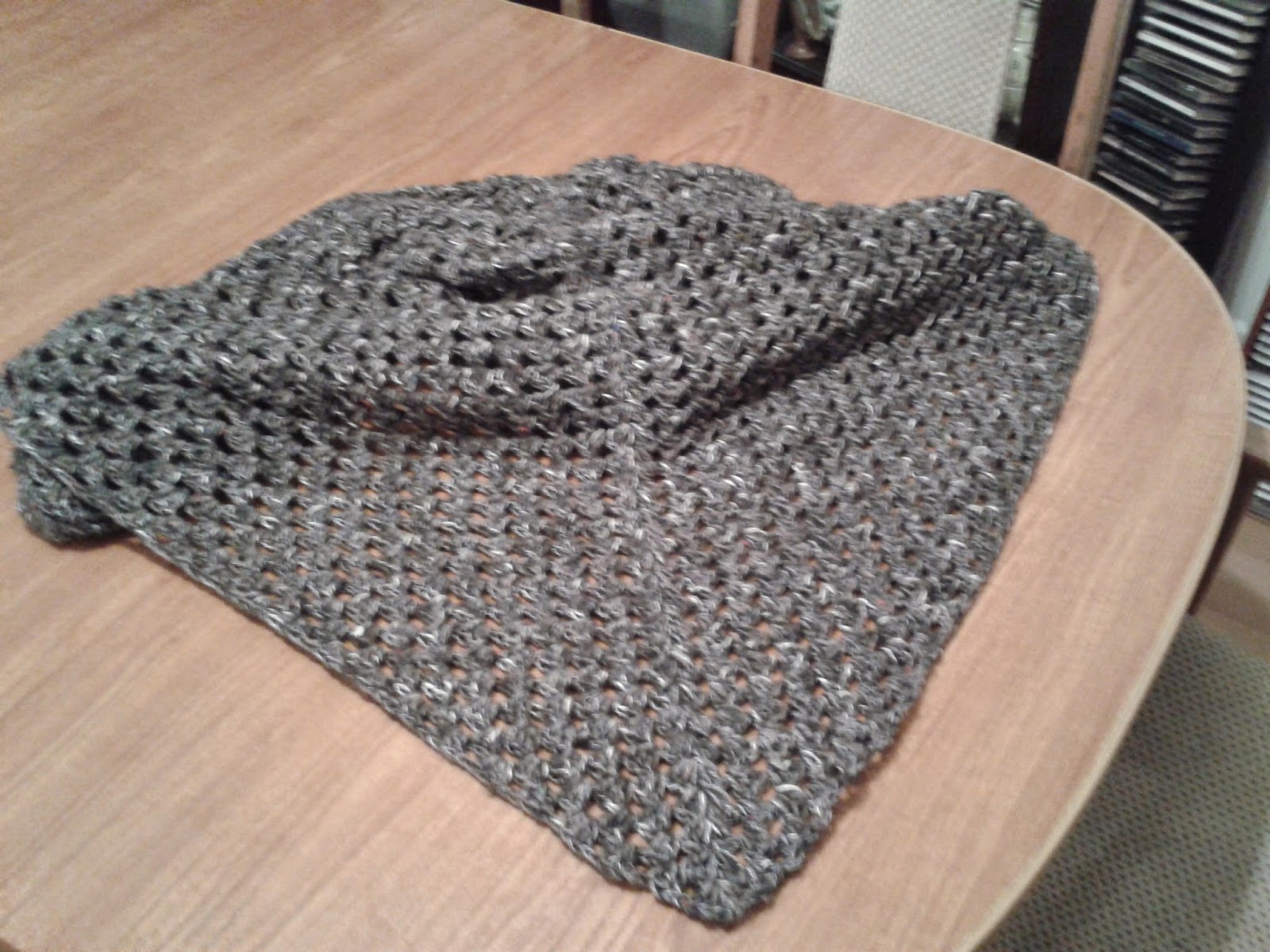 I've already started on my next project, a throw for my Mums new sofa.
I'm off to sign Clark's cast as his brothers have already done it.
It'll be really full after Friday as all the Scouts are signing it!