While I've been busy and offline we've had a few animals with birthdays.
Firstly Hexa who was six years old last week. She's Edens dog. 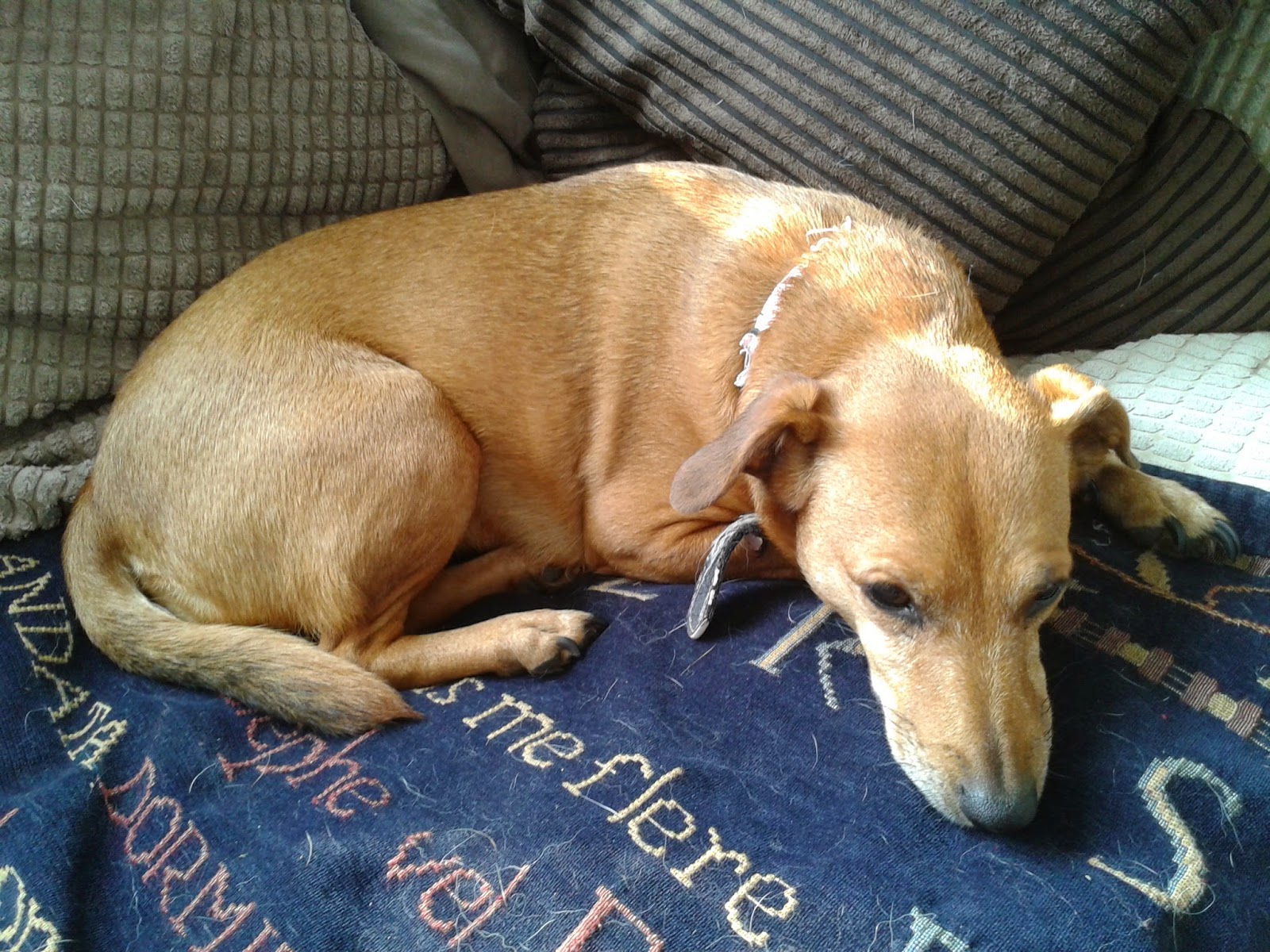 Then we have Chumleigh who was a year old last weekend. 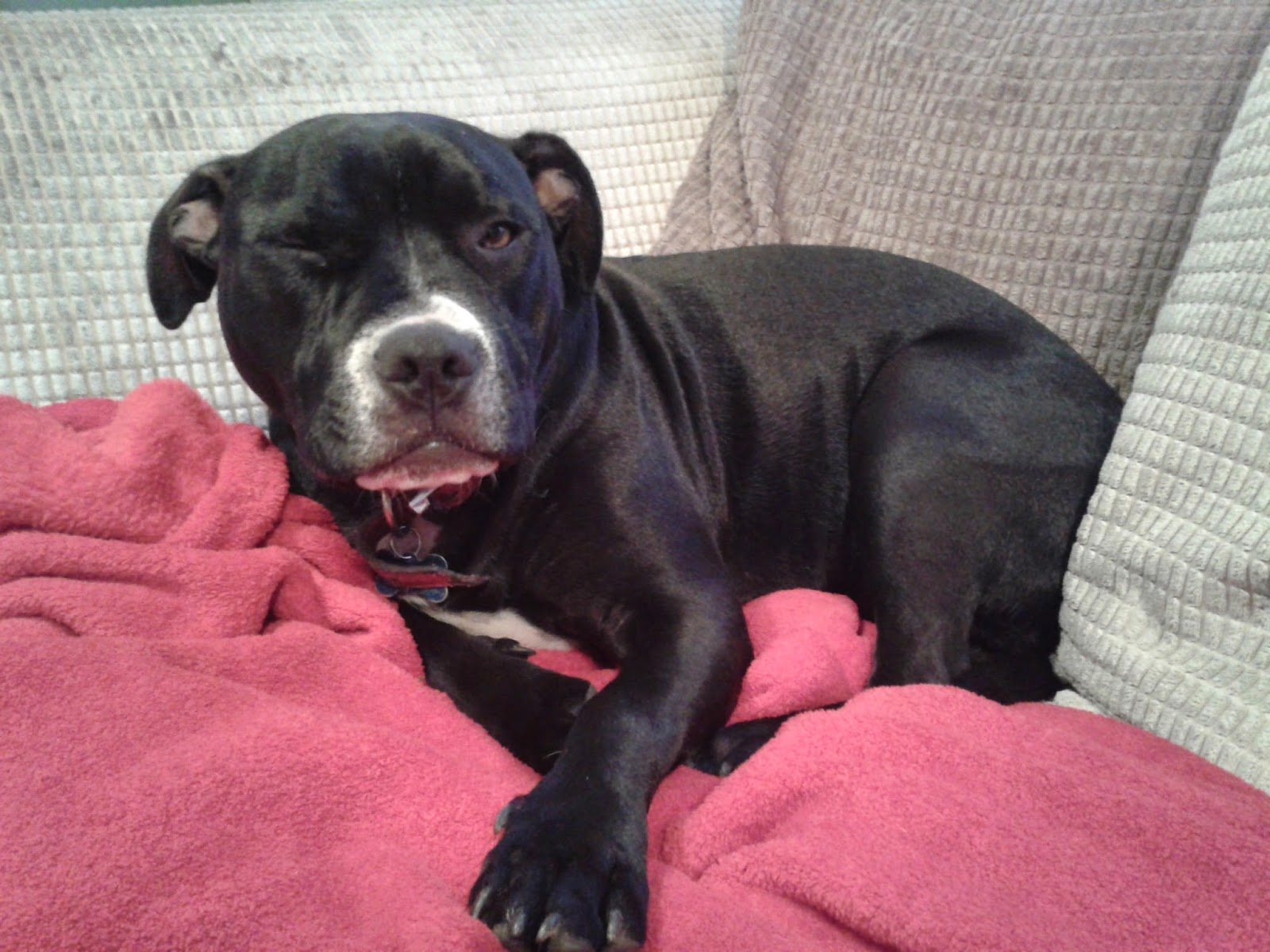 His sister and litter mate who was obviously one year old too! 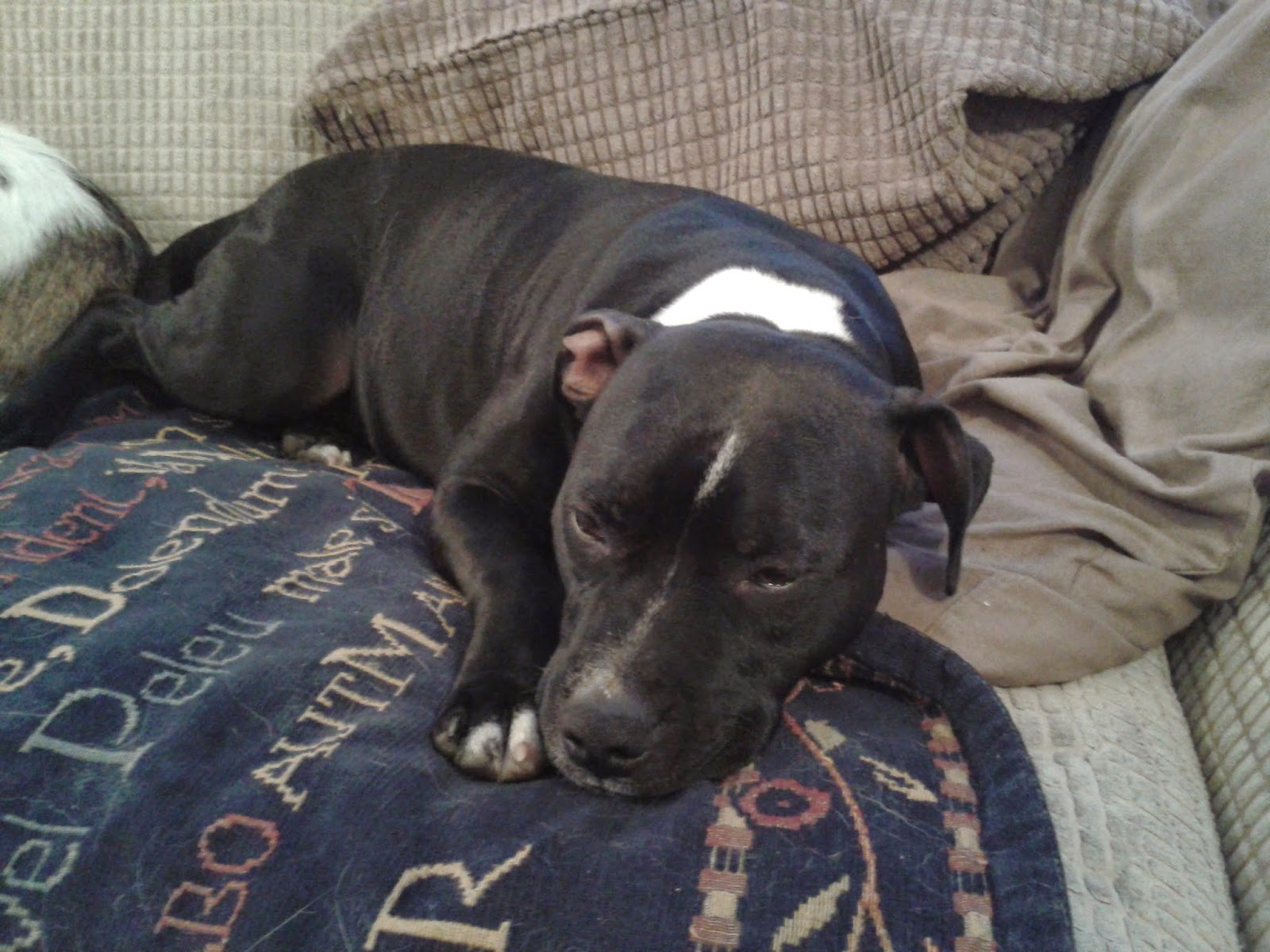 I can't believe the puppies are a year old already.
Today has been spent doing an absolute pile of ironing whilst Malc worked this morning.
The boys have been playing out for most of the day.
Eden's been in bed as she has a shocker of a head cold. She can't stop sneezing, she feels a bit better today but felt awful yesterday.
She really doesn't want to take time off sixth form already, she's only done three days!
I'm off to do some crochet, nearly finished another dogs blanket and then I'm doing a throw for my Mums new sofa.
Posted by Bridget at 19:56