Thankyou for the comments on my last post.
We managed to get away in our caravan for a few  days and had such a relaxing, pleasant time.
I can thoroughly recommend Shaftesbury Abbey where you are all given a hand portable audio thingy! It tells you about the different parts of the Abbey, both functionally and historically. I thought the boys would be bored to death but they were absolutely engrossed.
The Abbey ruins 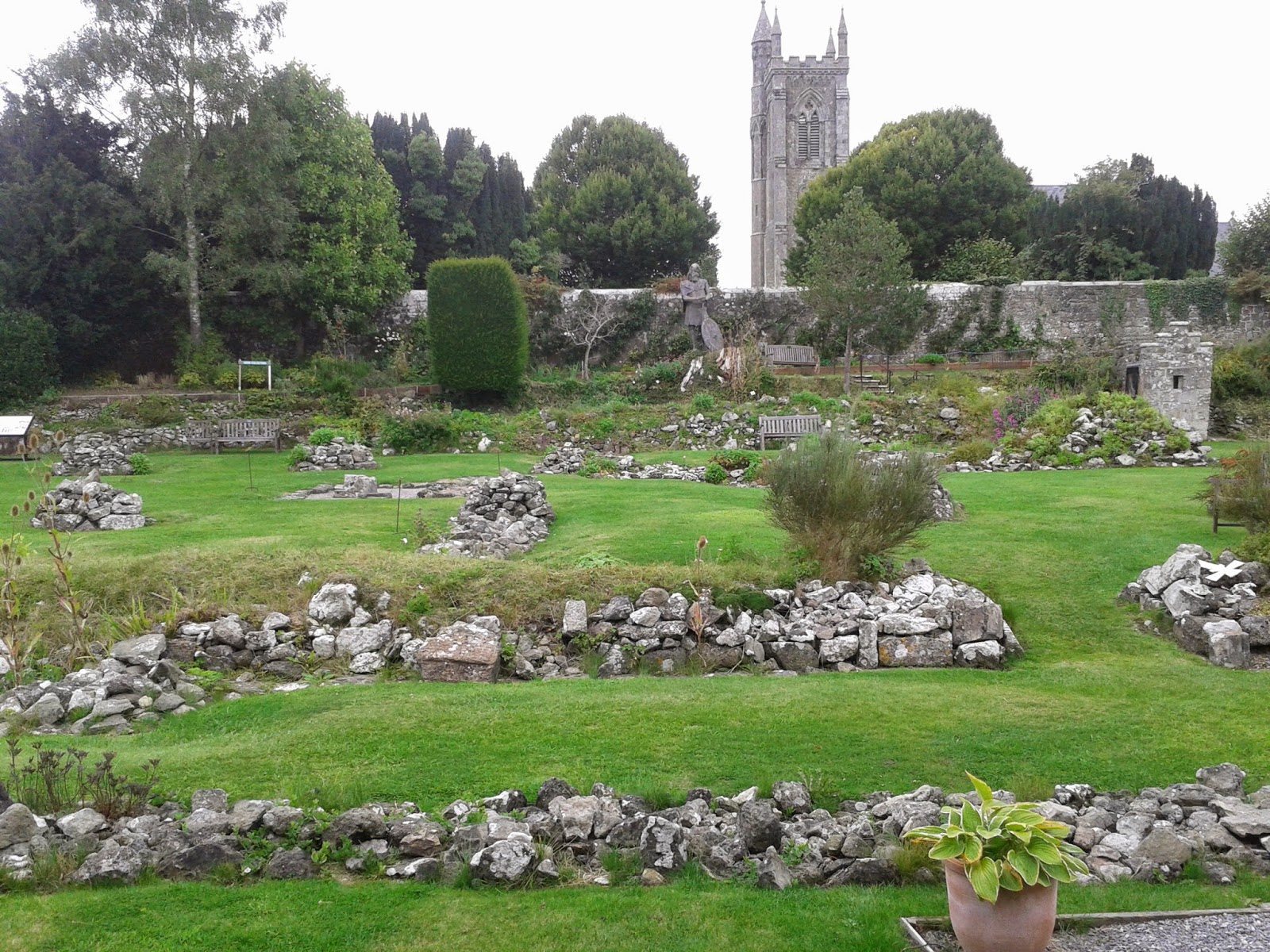 The boys with their audio devices, 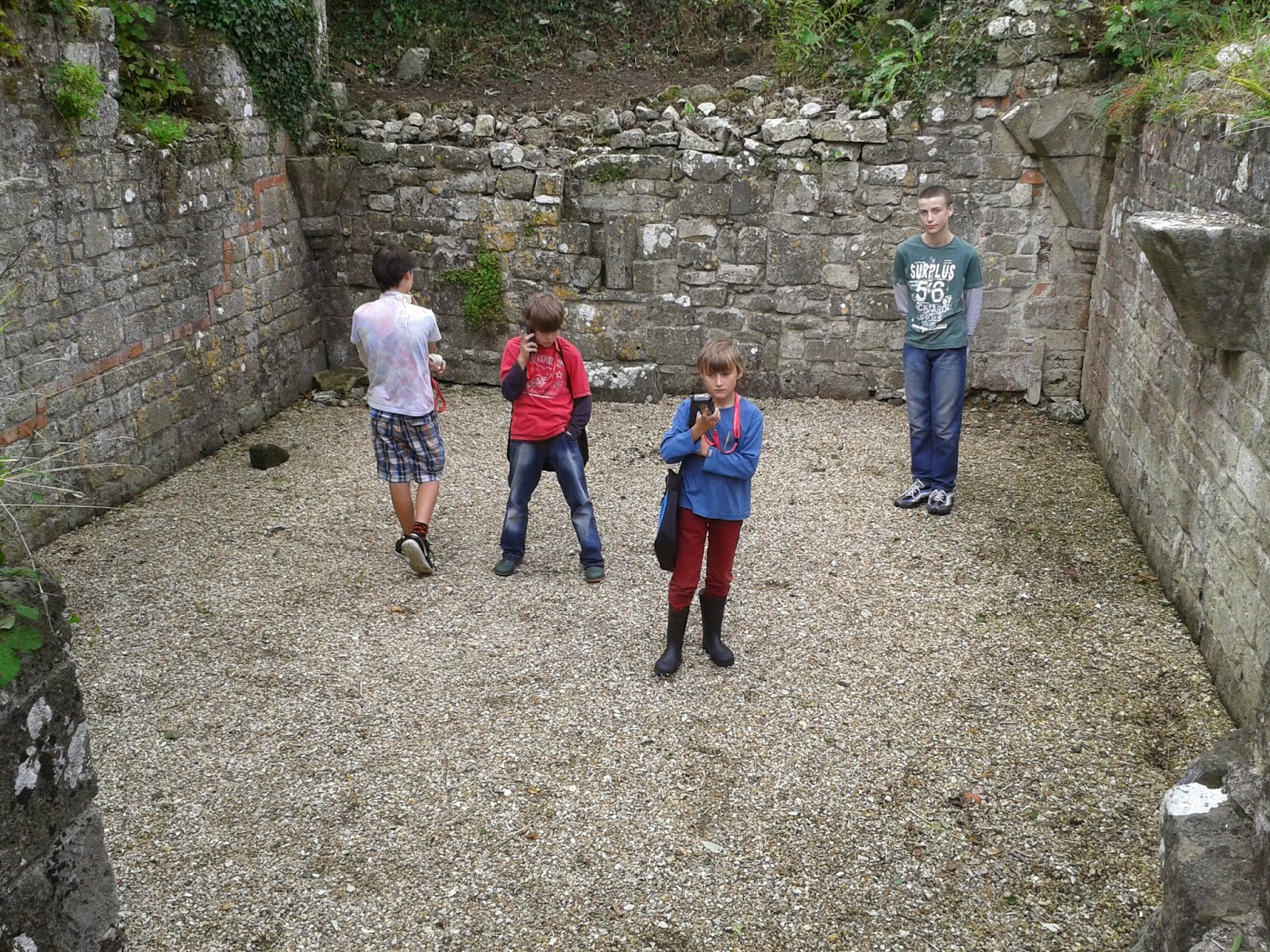 I thought standing on this cross was disrespectful but when I told the boys to get down they said that the person on the audio device told them to stand there! 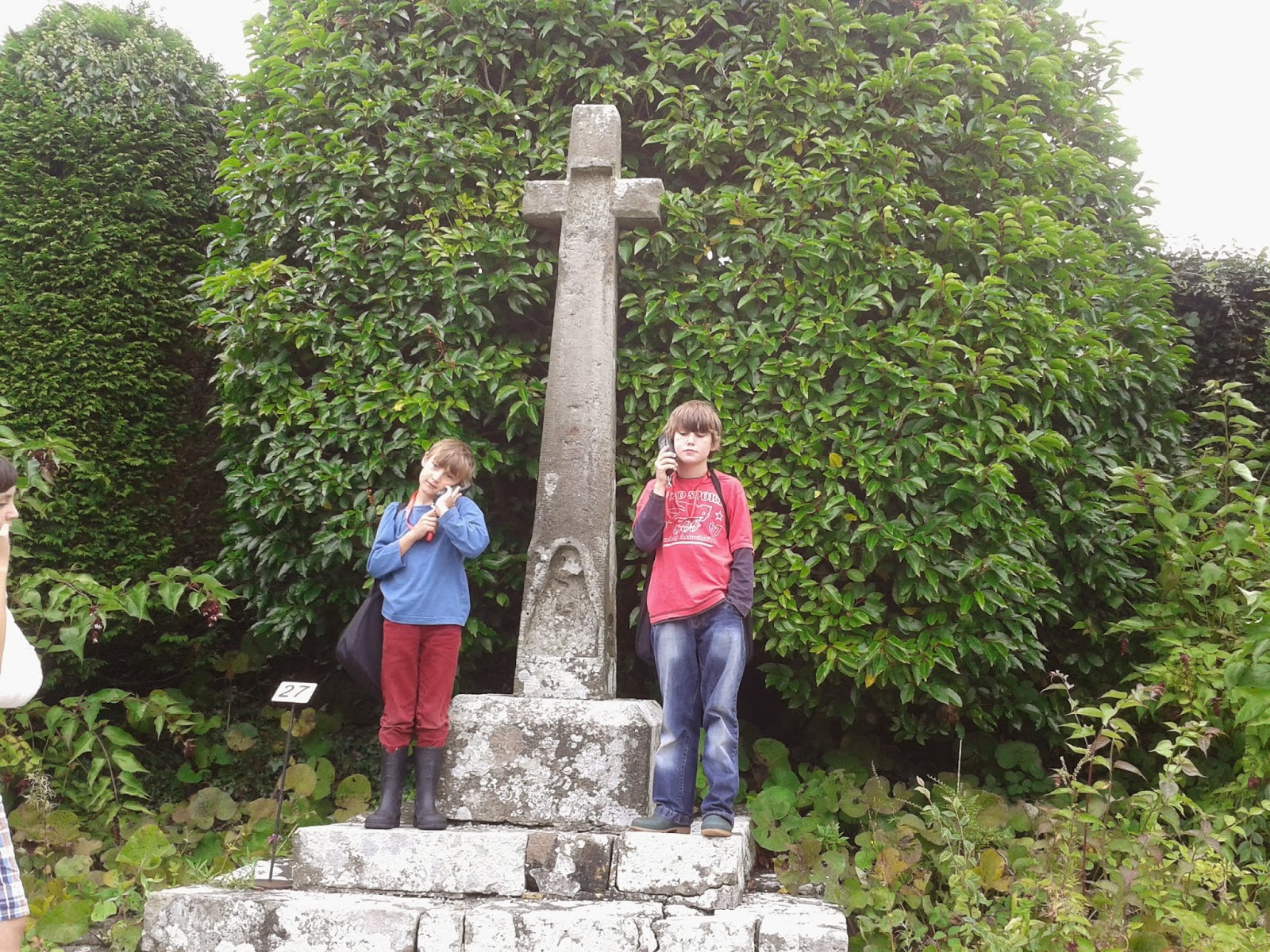 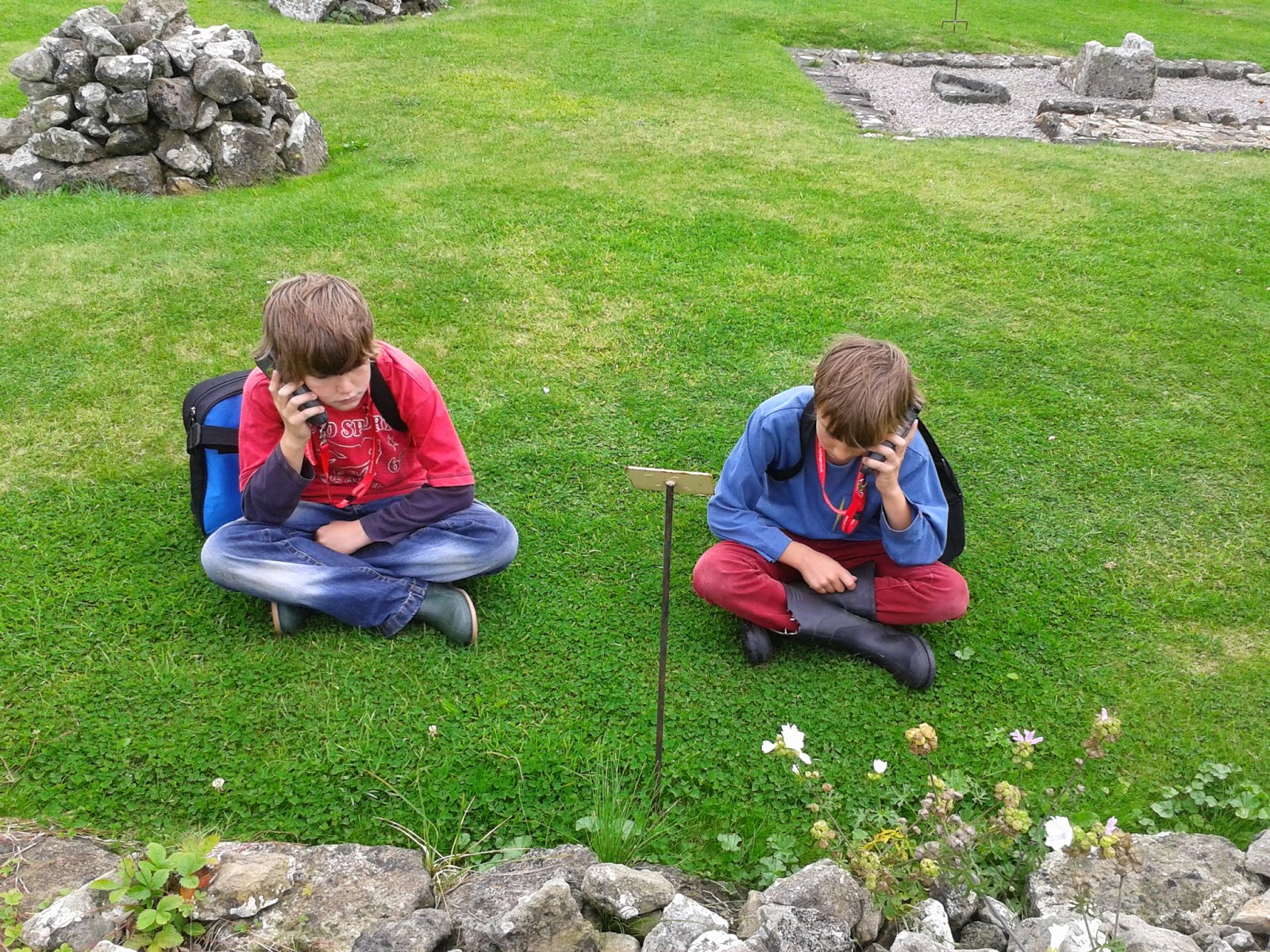 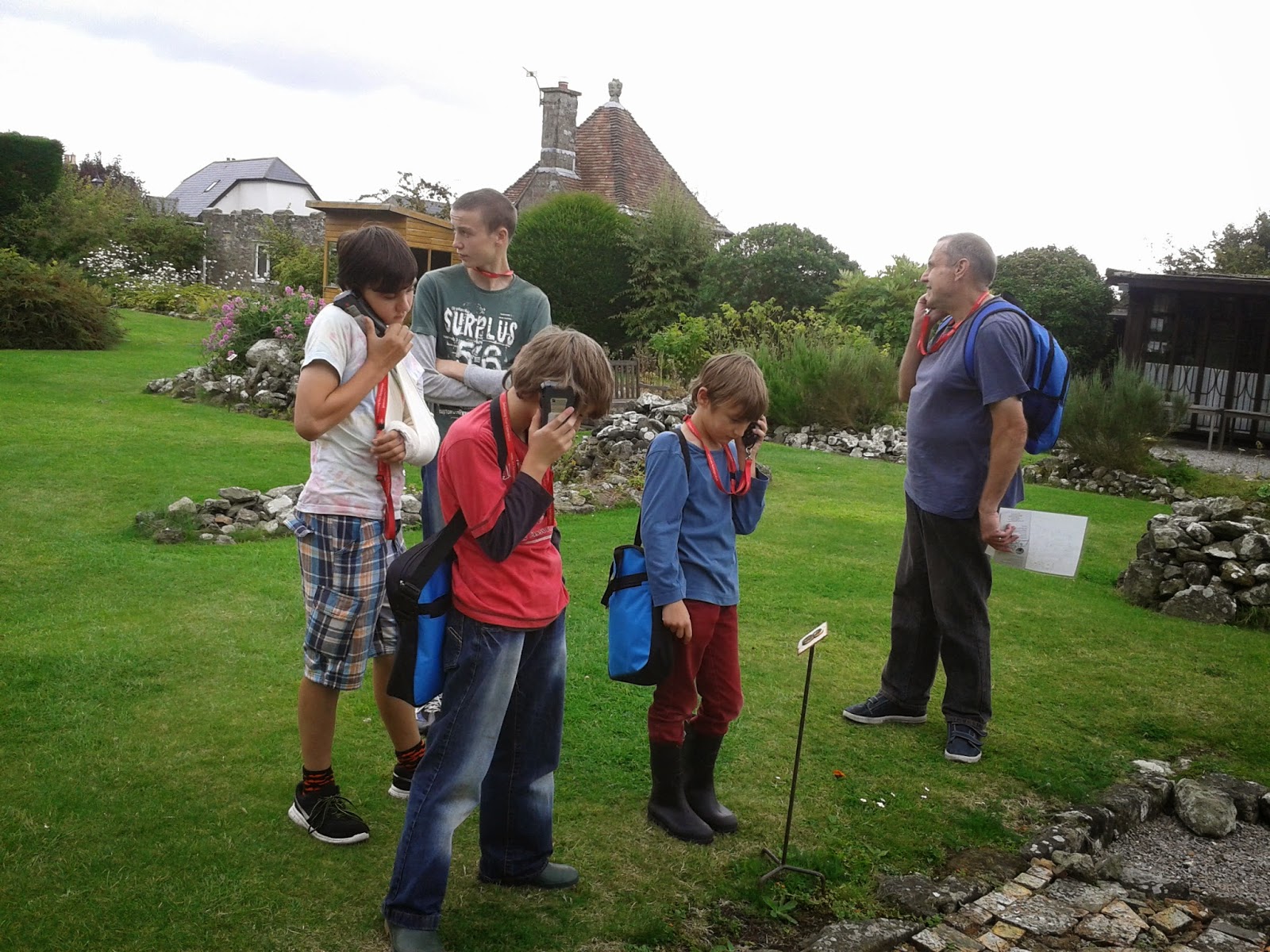 We had a picnic overlooking the most beautiful view, the doors to the Abbey are the black ones behind Cals head. 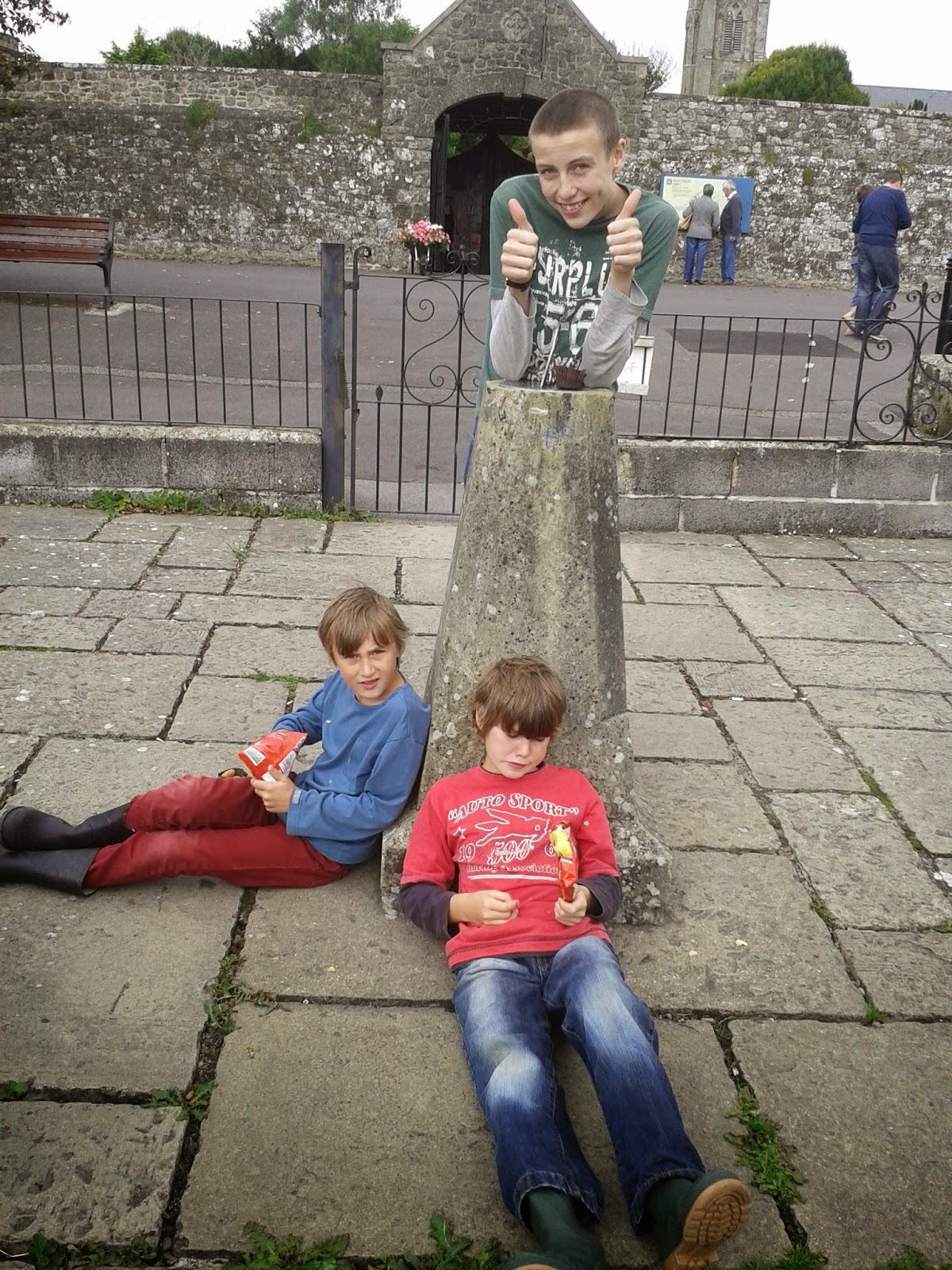 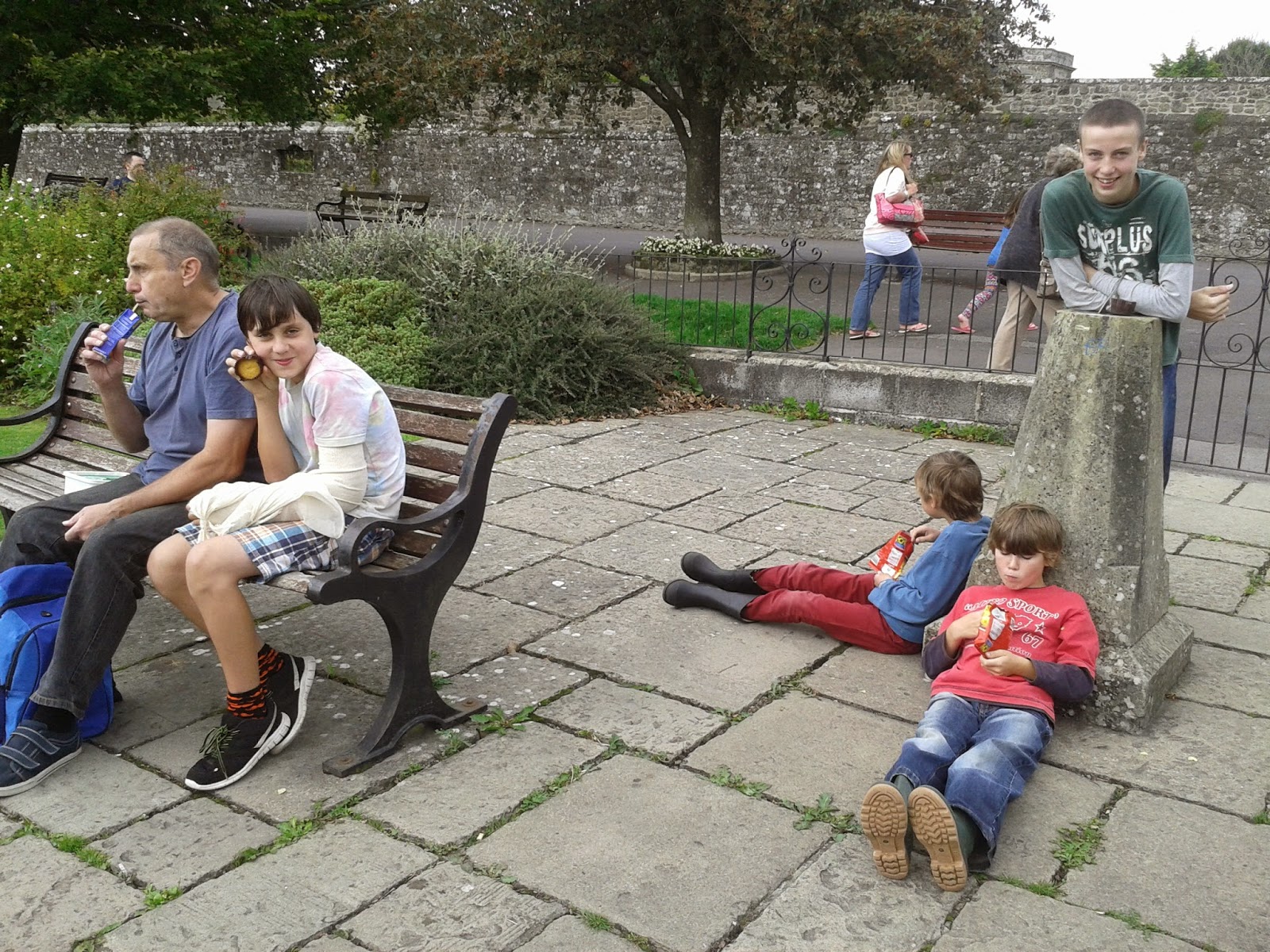 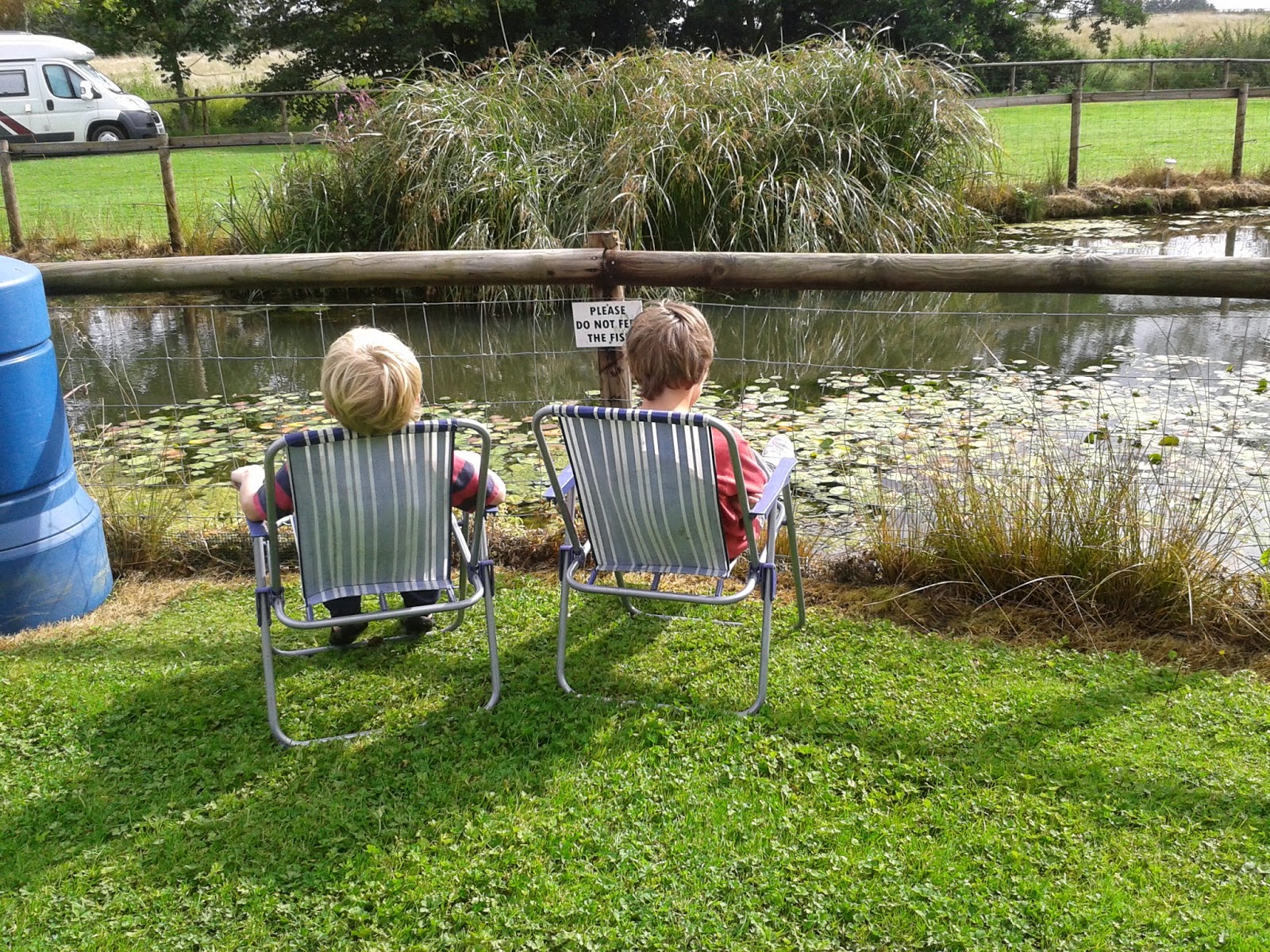 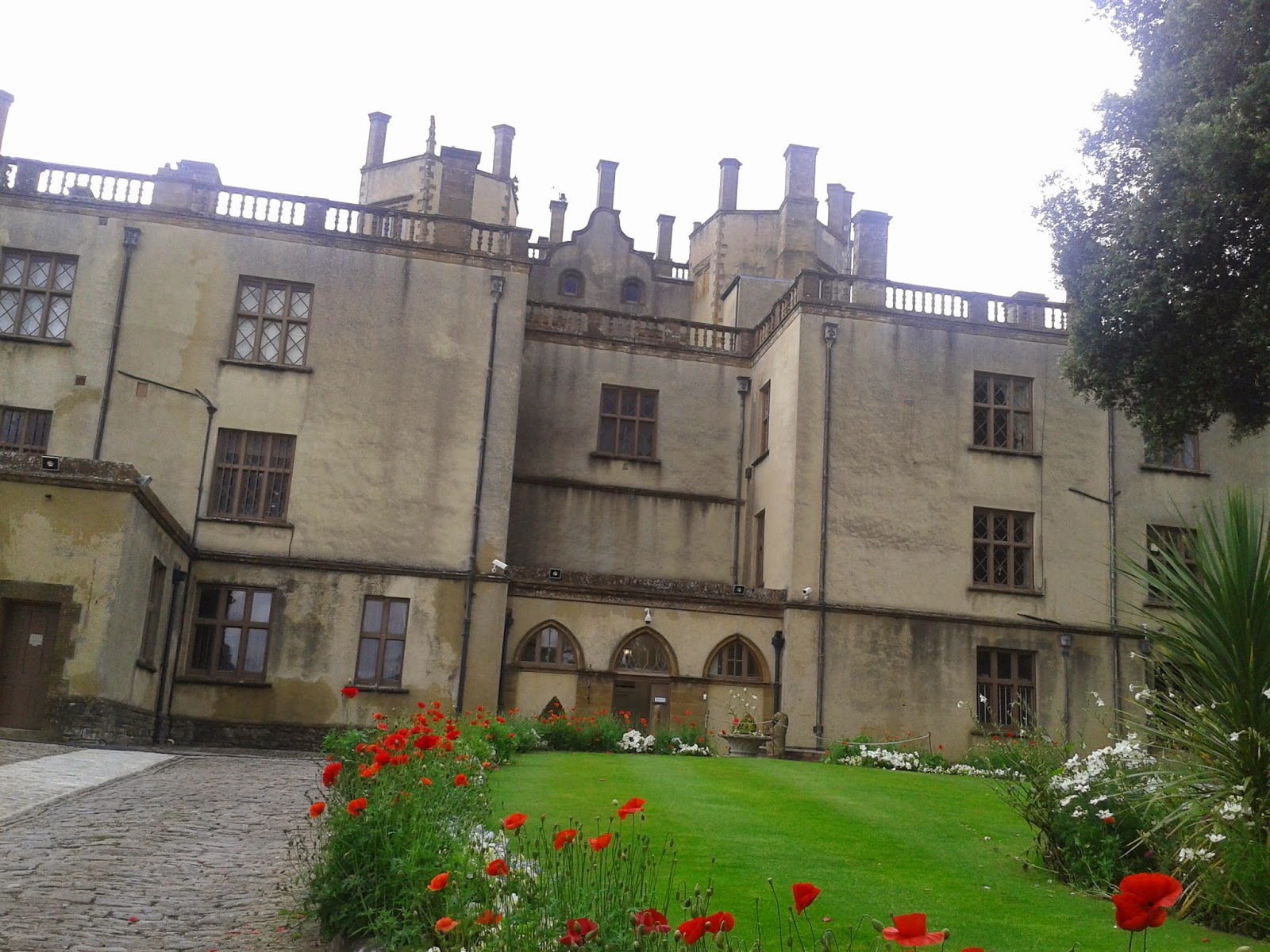 This is known as the Pope's Seat after a poet who visited the castle. It faces a beautiful waterfall. 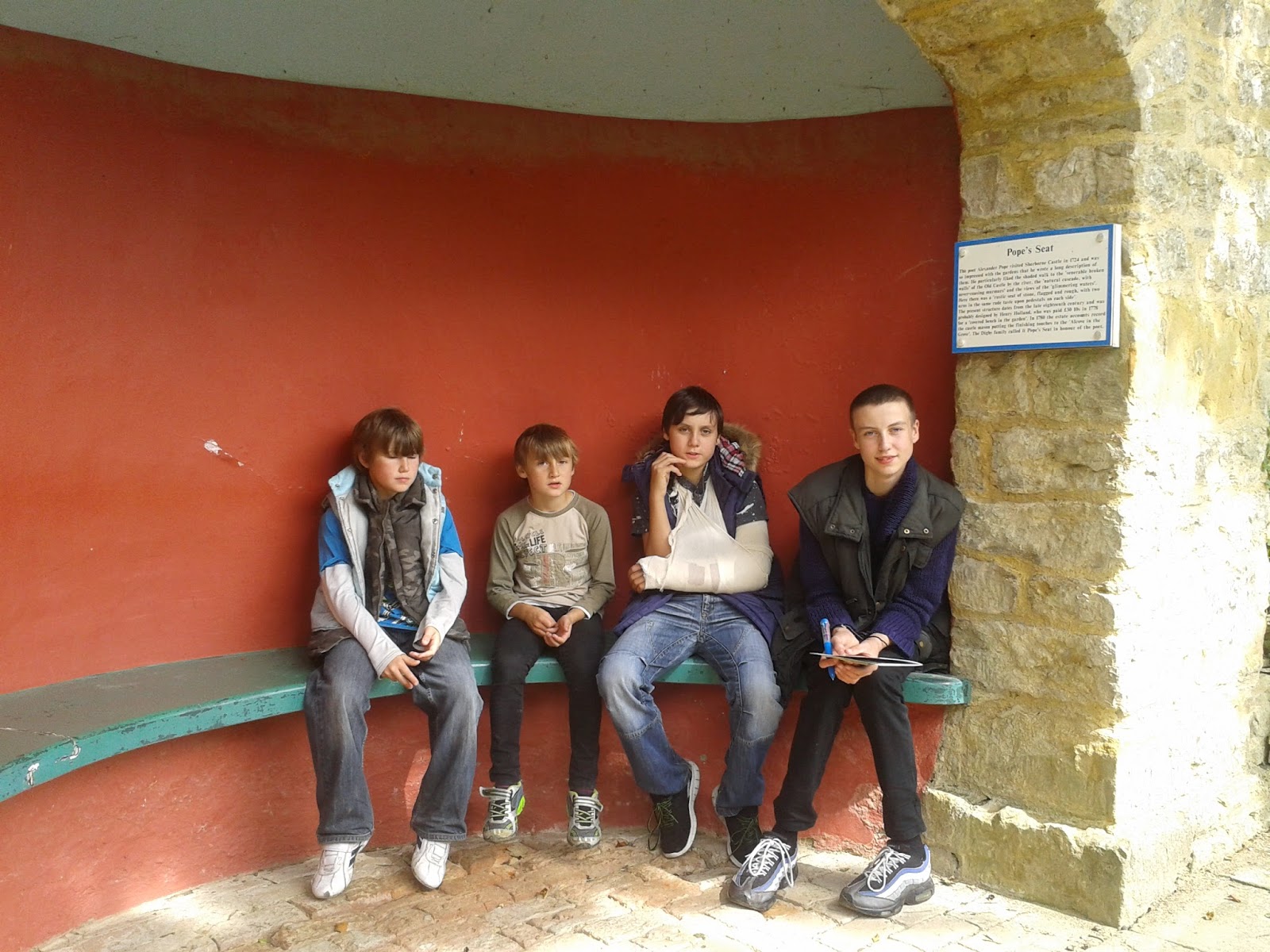 I managed to get quite a bit of reading done 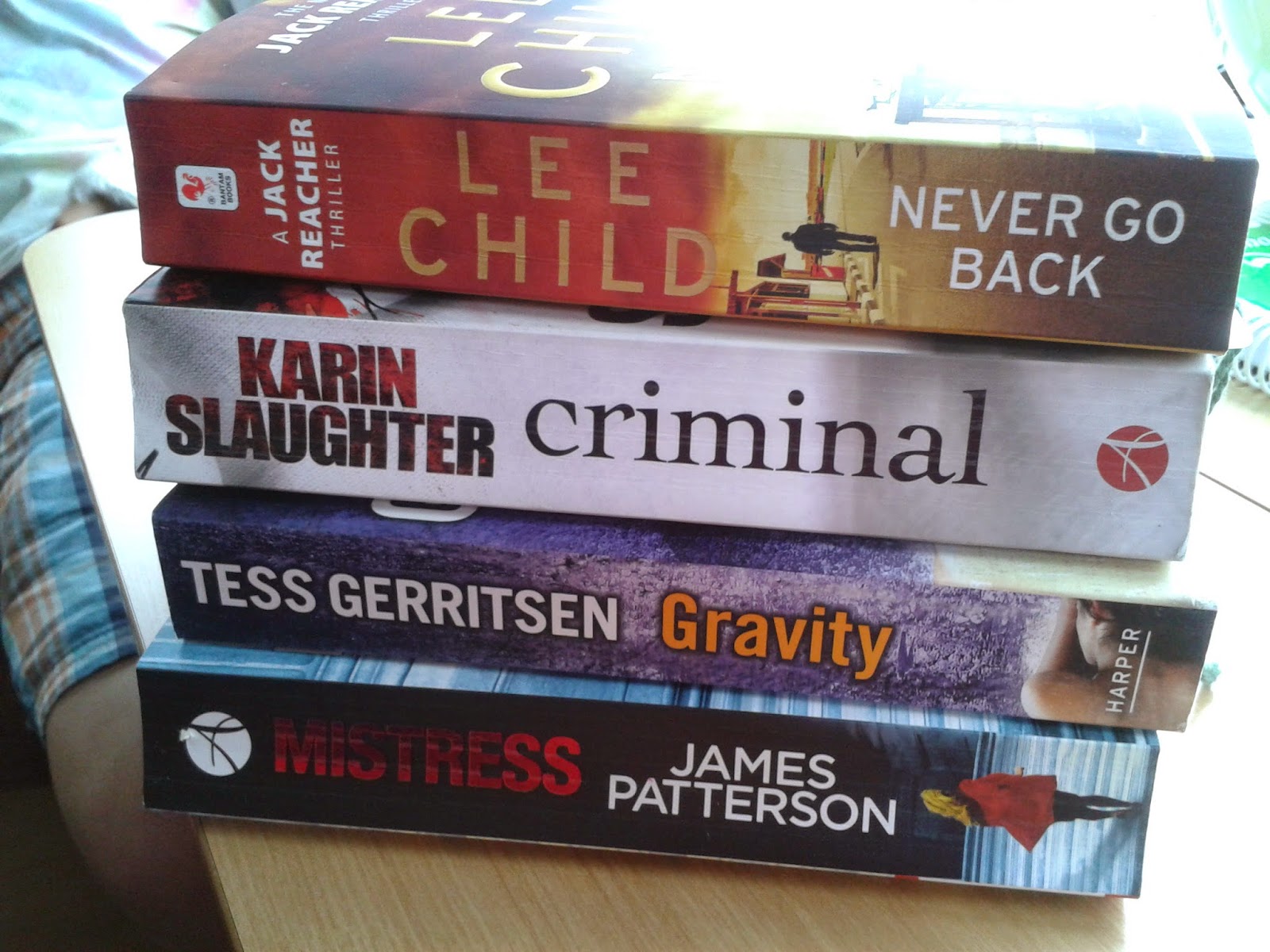 Quite a bit of crochet too 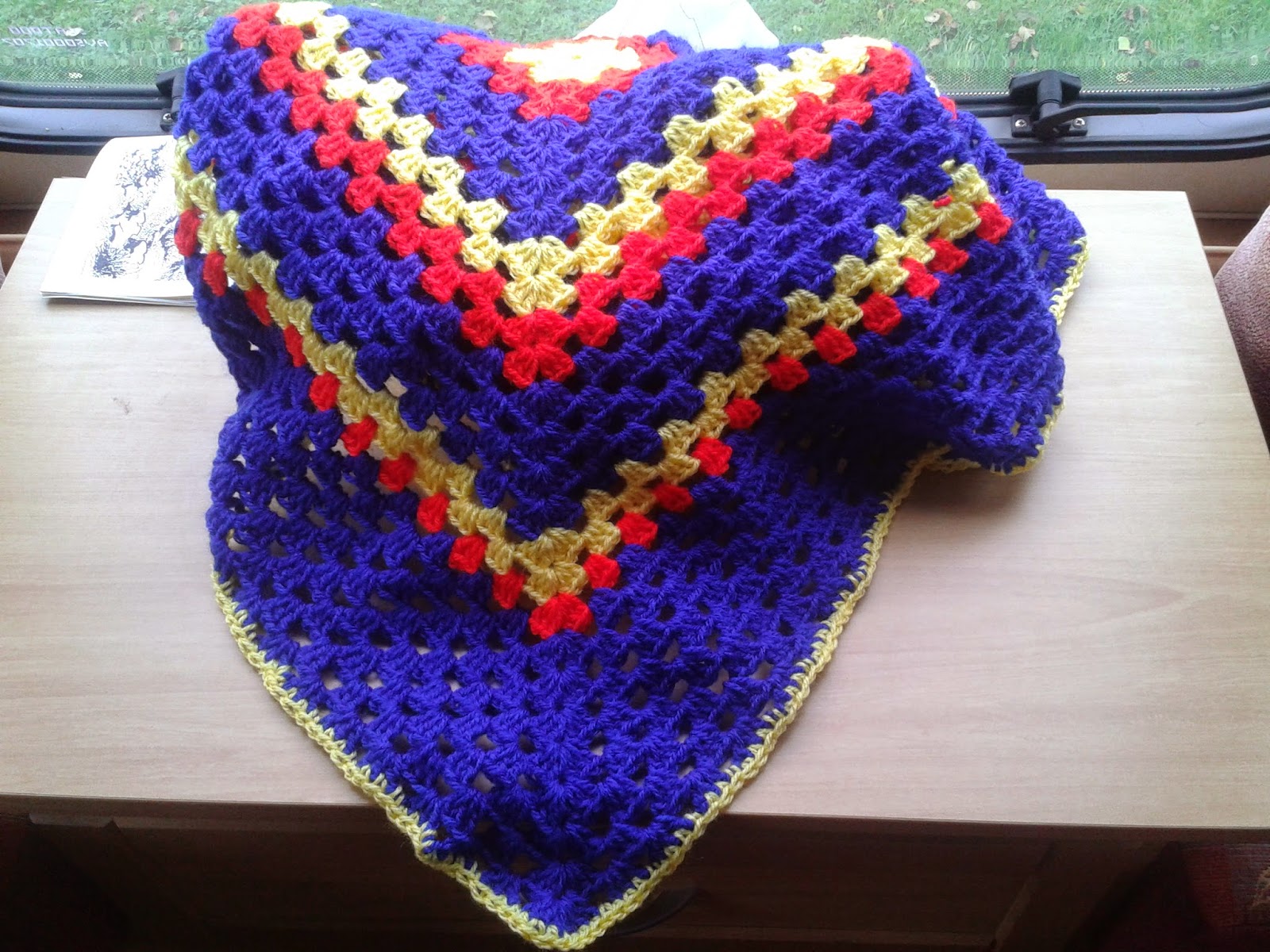 I did this for one of my Mums dogs.
Unfortunately she had to cancel getting the new puppy because of Ed's stroke. It was lucky she did as we'd only been back a couple of hours and he had another one!
He made a good recovery again but this time we are making him have complete rest.
So I'm cooking and cleaning for them at the moment as well as N's and another lady that I clean for. Things are hectic here as usual.
Clark had to have his arm x-rayed on Thursday morning and hopefully  was having a smaller cast on.
I've got some pictures of his scar as this was the first time that we'd seen it, 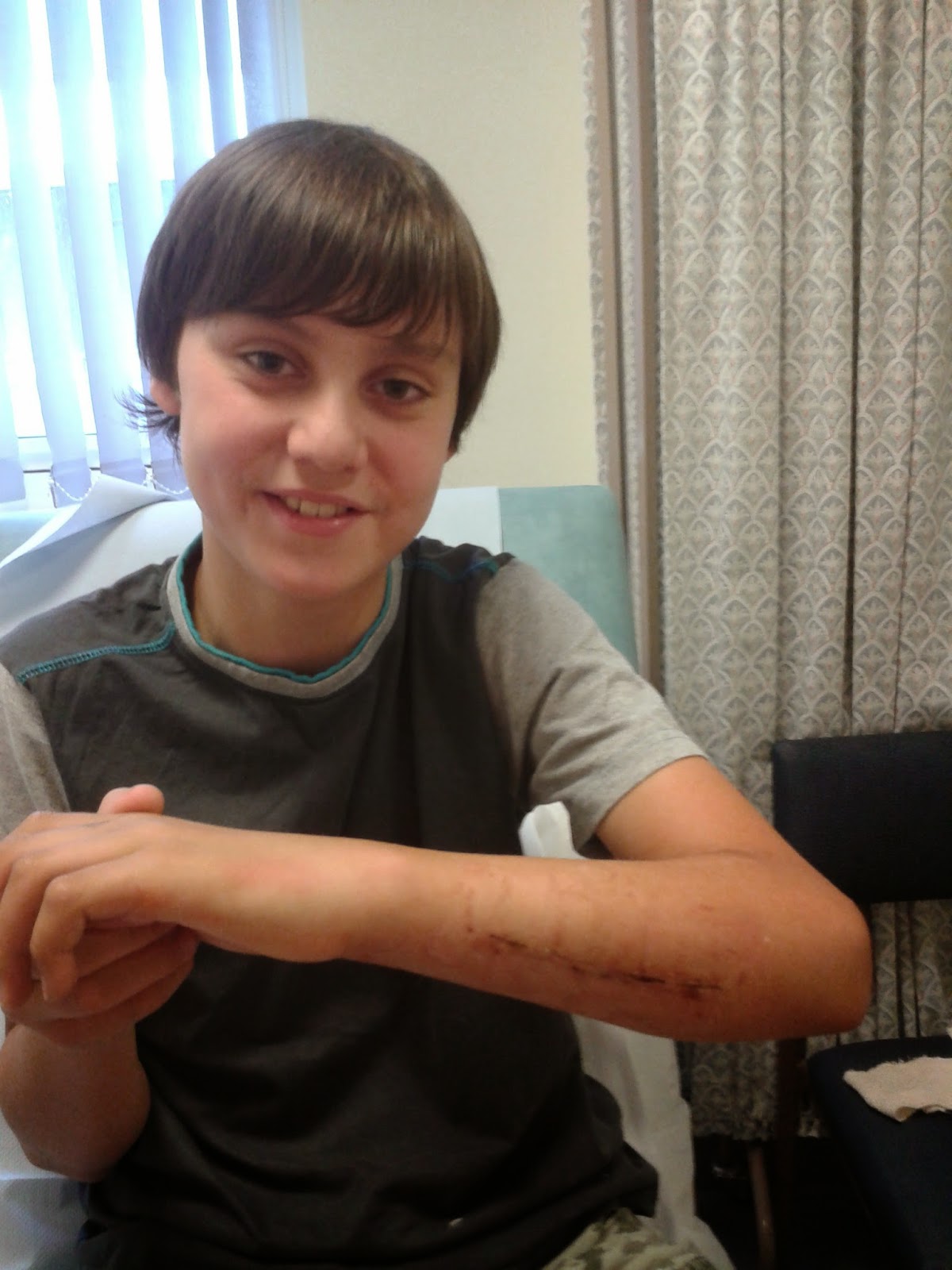 It was much longer than we thought it would be.
They told us at the fracture clinic that the plate wasn't going to come out whereas on the ward when the op was done they said it would be taken out in six weeks so I'm not really sure what's happening with it. 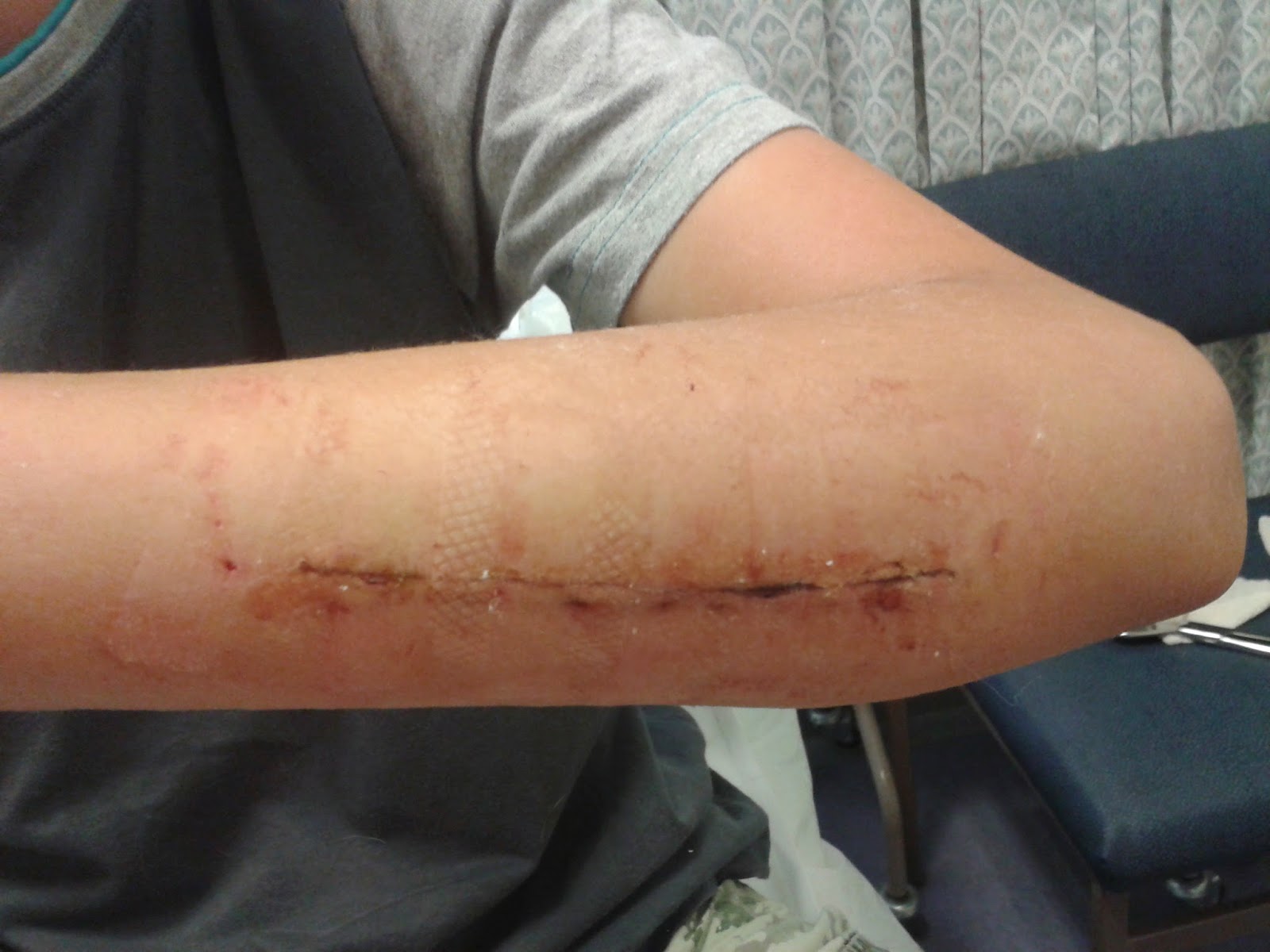 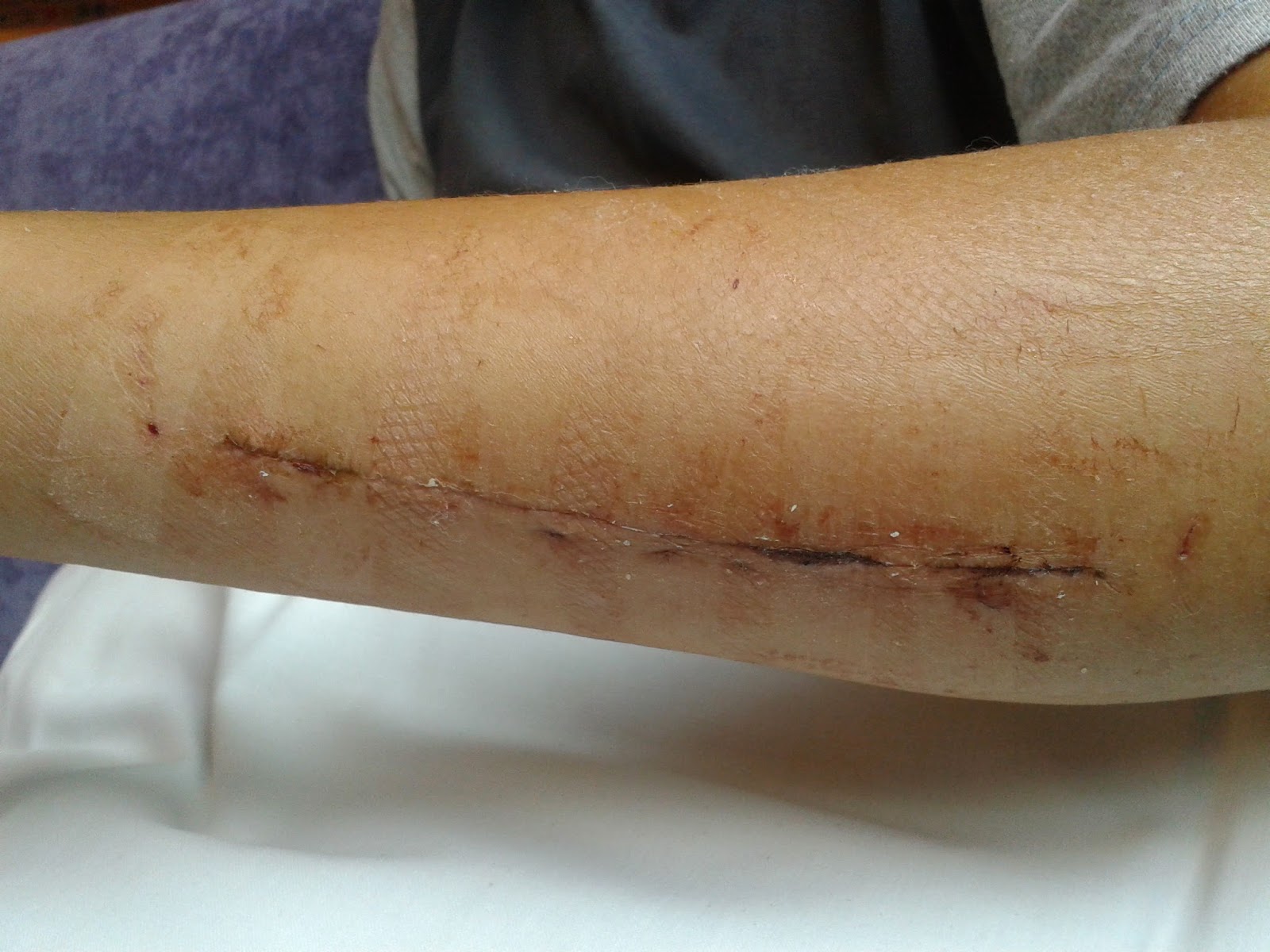 Thankfully he has had a smaller cast put on and is finding he can move his arm much more and he's so much more comfortable. 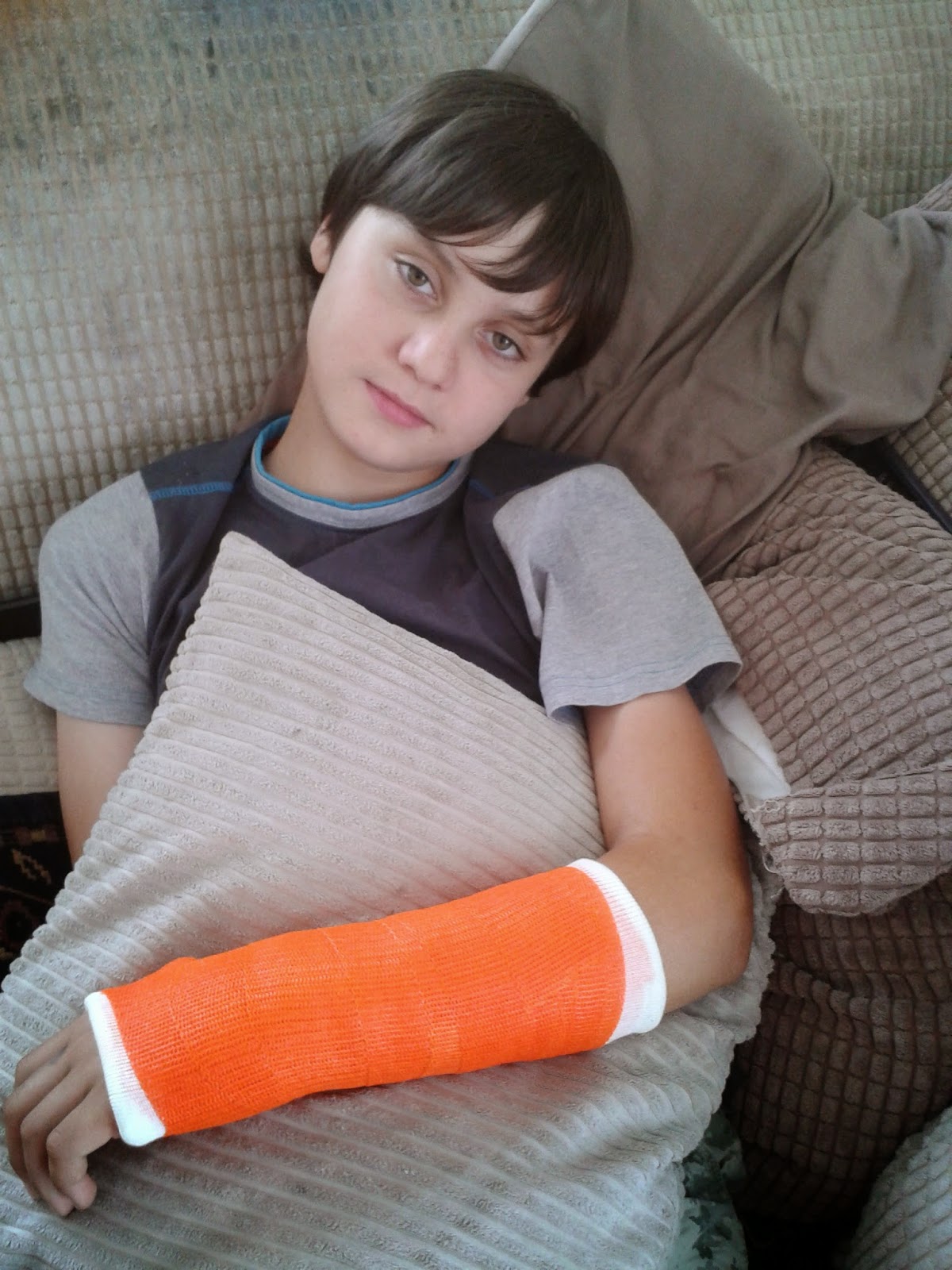 Eden has started sixth form and is stressing out about her maths A  level already! She's loving not wearing a uniform.
I haven't had time to catch up on blogs, a situation I hope to rectify over the weekend.