Not keen on Fridays!

Fridays in our house are a nightmare. I want to wind down to the end of the week but we are rushing everywhere on Friday nights.
I found this on frugalmum`s blog and decided to give them a go. 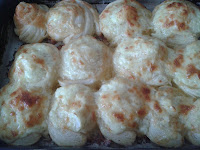 I took a picture of them whilst they were still in the dish. I greased the dish but they were a bit messy when I got them out.
I could try and use greaseproof paper next time but any tips gratefully received!
I also had some of these 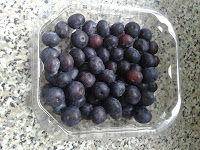 So I made some of these 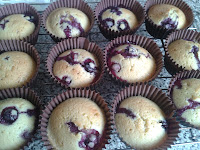 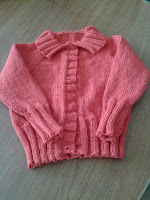 I have finished the cardigan I was knitting.I have sown it up, just got to buy some buttons  and sew them on now.
Tonight Malc has Beavers with Clark and Cody, unfortunately it`s complicated by Eden having an after school rehearsal for ``Guys and Dolls``  so Malc has to leave Beavers and go and pick her up ( unless she gets on the school bus her school is 2 buses away)  He brings her home and then goes back to Beavers for the last hour. Usually Eden then has got Youth Club which she leaves for an hour after she gets home but thankfully tonight there isn`t any on.
Malc then gets home and we have tea and he usually goes back to pick her up. It`s so much work making sure everyone knows what they are doing and getting everyone out on time.
I`ve spent the evening knitting some mittens and bootees to go with the baby cardigan and hat I knitted last week.
Posted by Bridget at 15:51