We were up at 3am to take Eden to school to catch a coach at 4am which turned up eventually at 4-45am! She was off to Italy with the schools Chamber Choir and Orchestra. They are staying near Tuscany. She's face booked me and told me all about her room and that they've arrived OK. I was also sent the obligatory picture of the plane wing as they were flying!
NS has been in hospital for the last two days having a camera procedure, let's just say it was going up not down!! He's back tonight. N is so easy to look after, she just likes a cup of tea and a natter whilst I'm working, she's very undemanding.
Malc has had some bad news in that one if the main leaflet distributors he delivers for needs his services no longer which was a bit of a blow. So he has four weeks to try and find another source of income as these make up quite a chunk of his income.
The boys have done some more bleaching today! I'm having to go through all their t-shirts to say they can bleach them as I won't let them do their best ones!
Here's Clark's from yesterday, I think he went a bit mad with the first one! 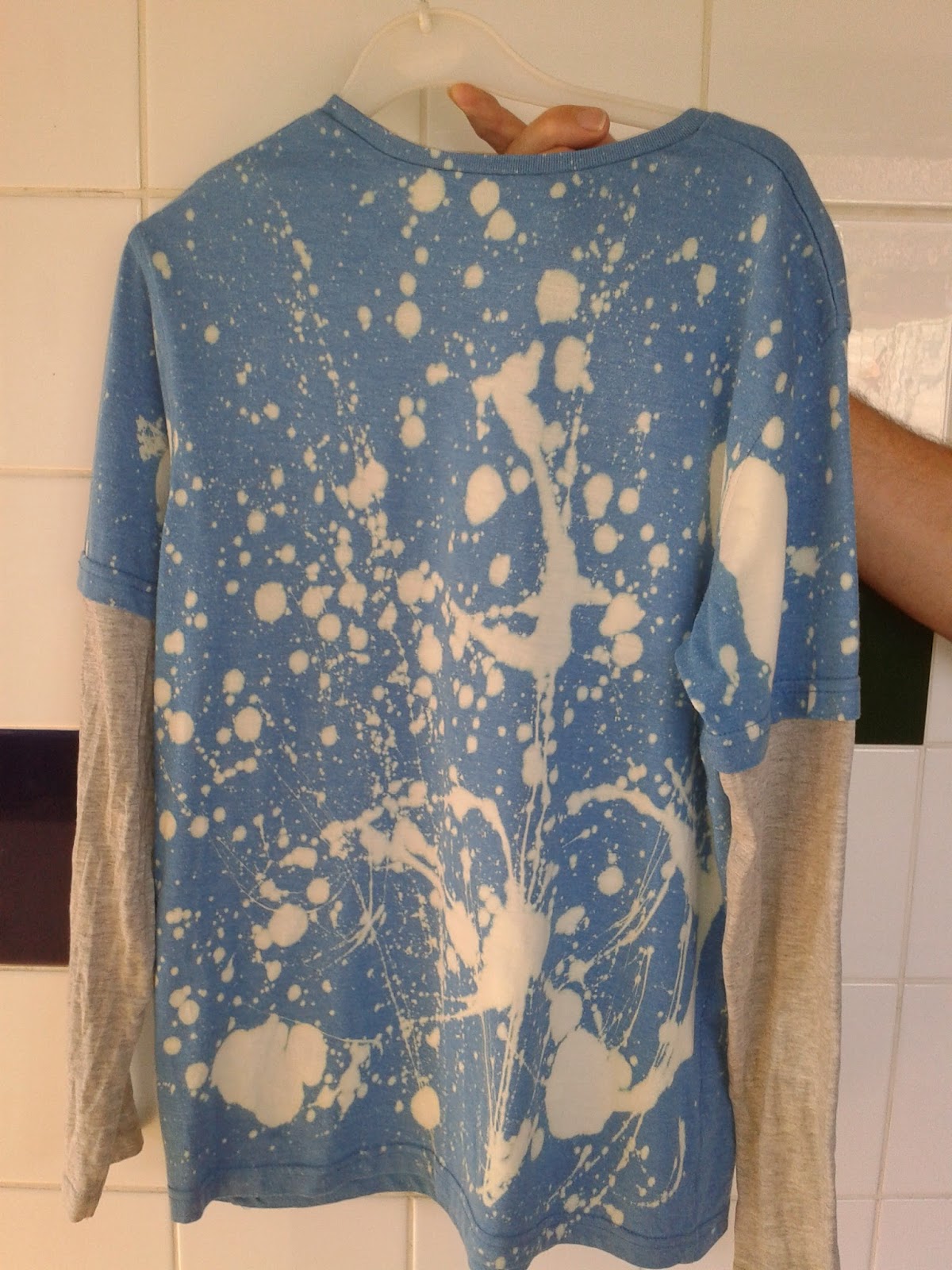 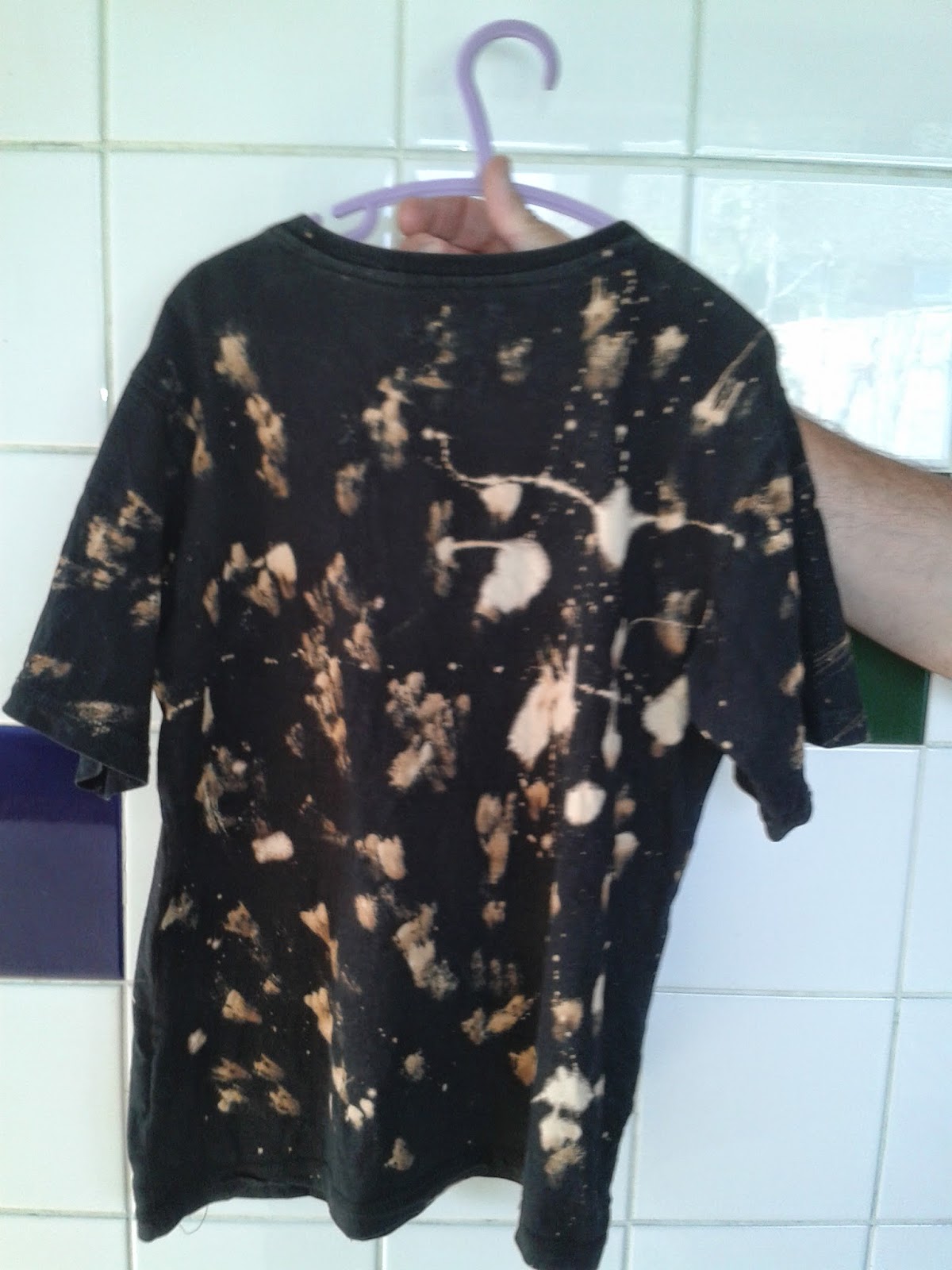 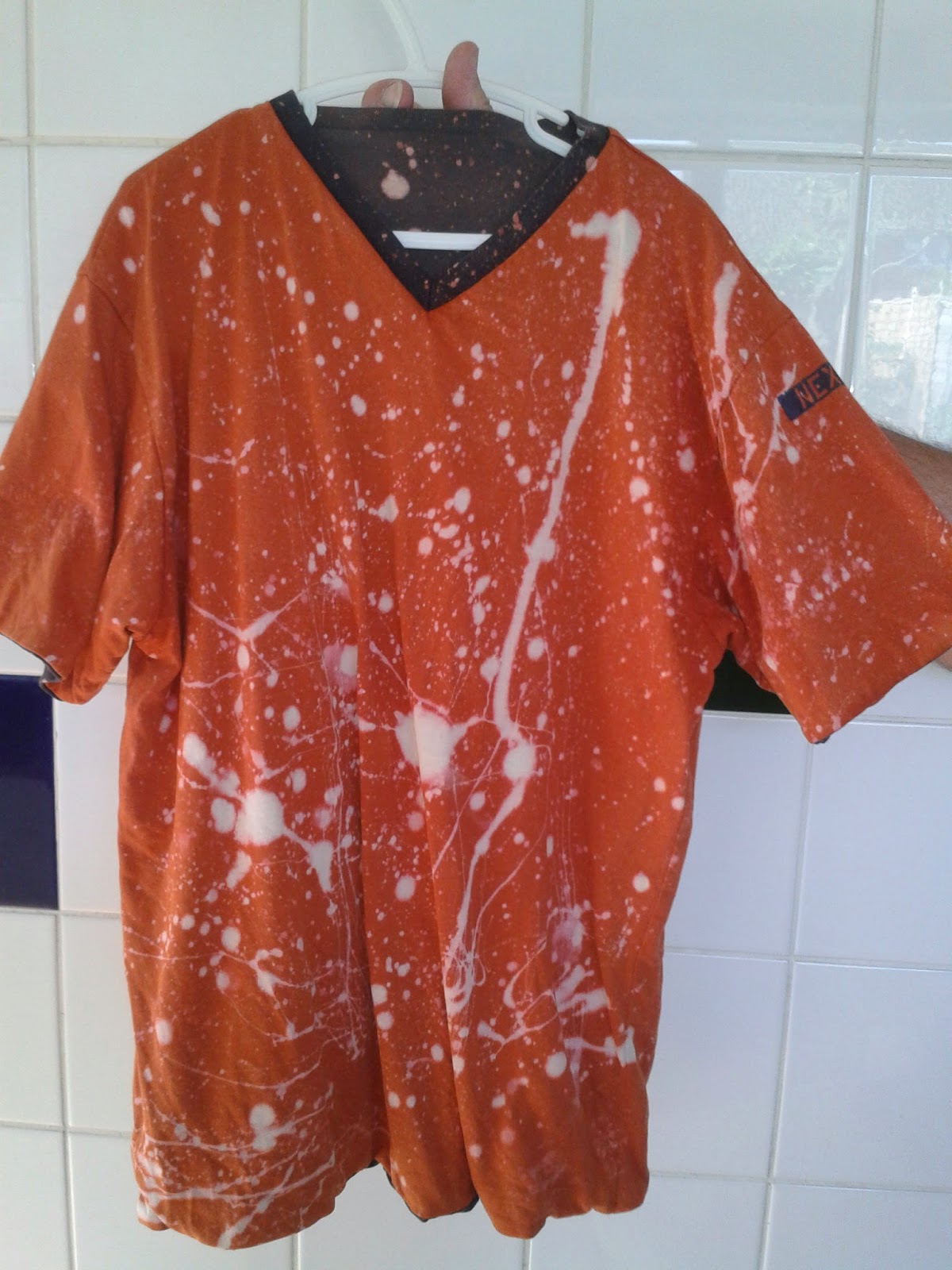 This one is my favorite 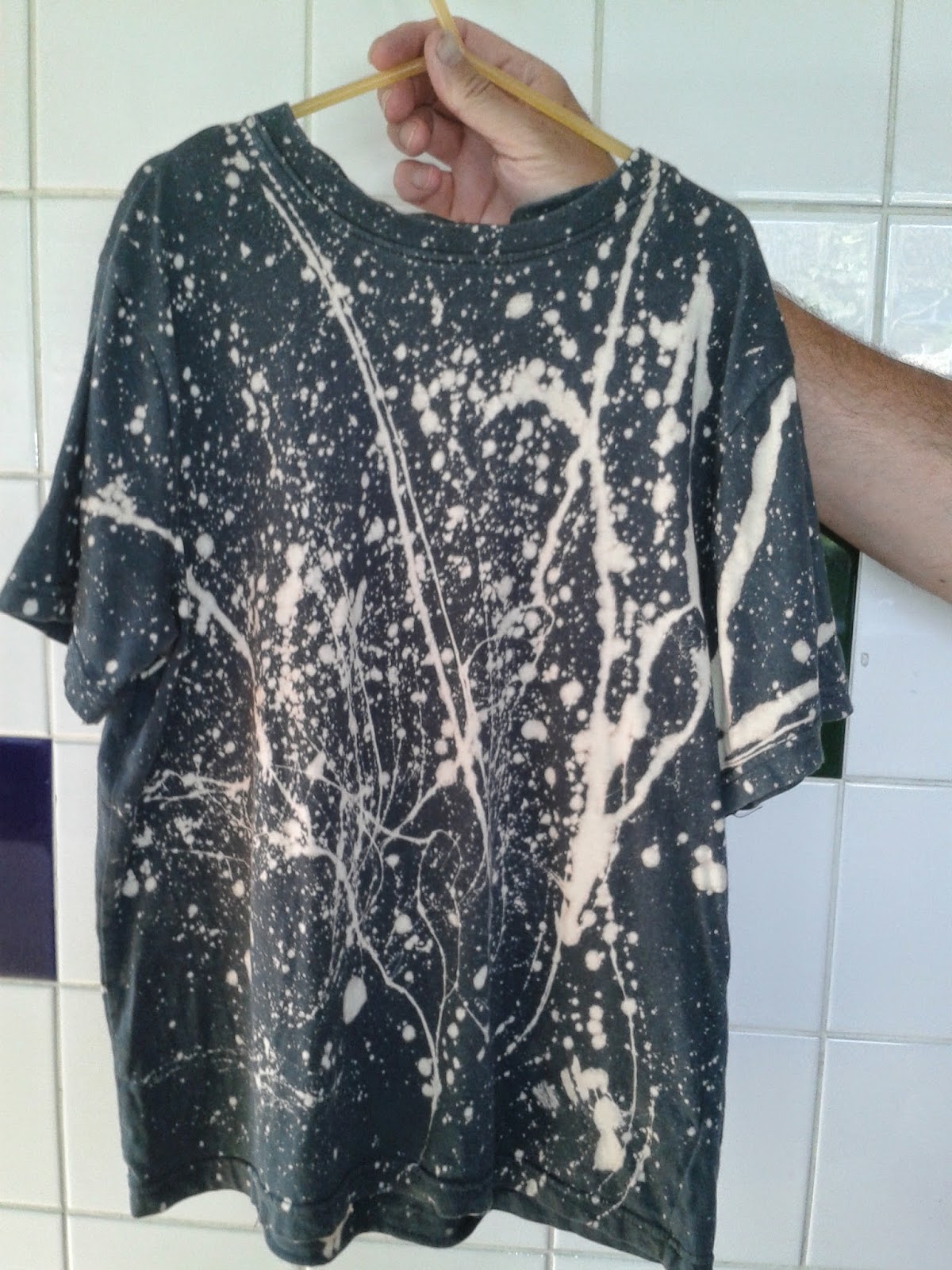 Clark is off to Scout camp next Saturday, I will only have three children for three days, I won't know myself!
I think today has been the hottest day so far. I have already had two showers, I just can't cool down.
The dogs haven't been walked today, it's just too hot for them.
They're just laying around panting, poor things.
We are forecast thiumnder storms on Thursday and I can't wait!