Now usually I'm cleaning with it but this post is about Eden and Clark messing about with bleach and fabric. Eden wanted to bleach some jeans to make them look patchy and Clark is experimenting with splashing it on a black T- shirt.
Here are the results 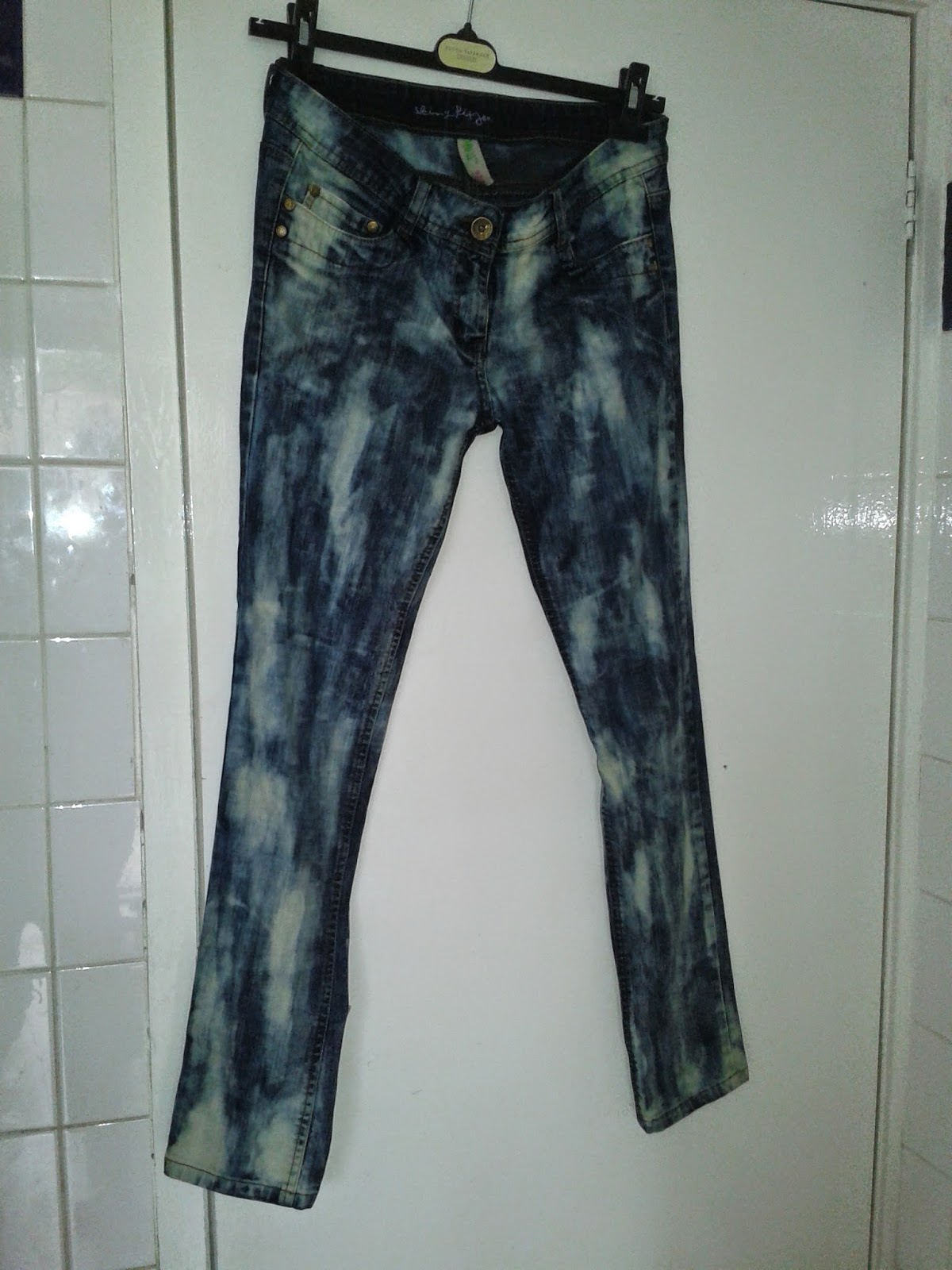 Eden then made lots of rips in these, they do look quite good although they're not really my cup of tea! 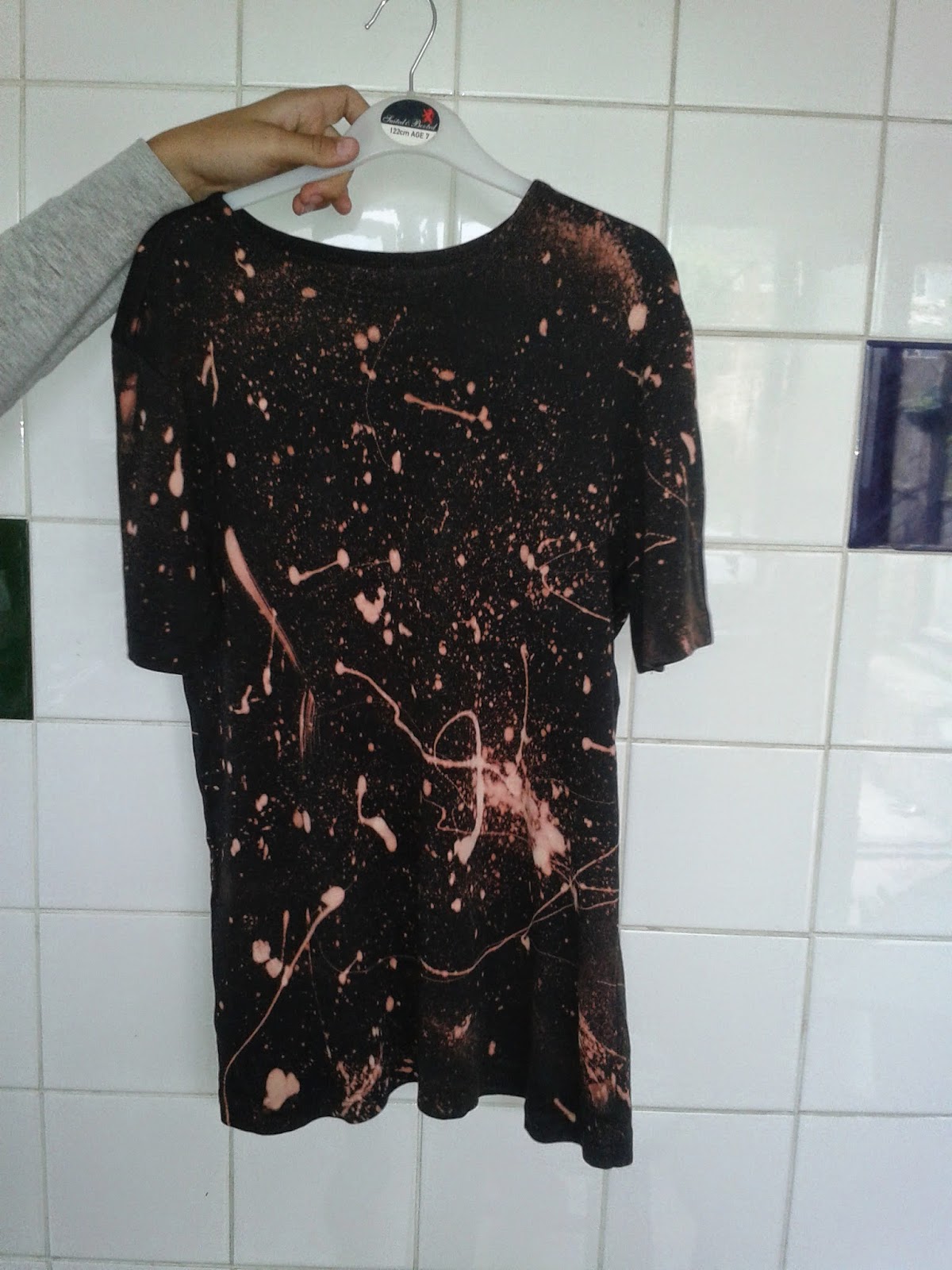 Clark was really pleased with how his T-shirt came out. When he's got it on it sort of looks like a galaxy of stars and planets.
I've bought some dylon dyes as they also want to experiment with tie dying this week.
N and NS said they wanted a tea cosy so I offered to knit one, 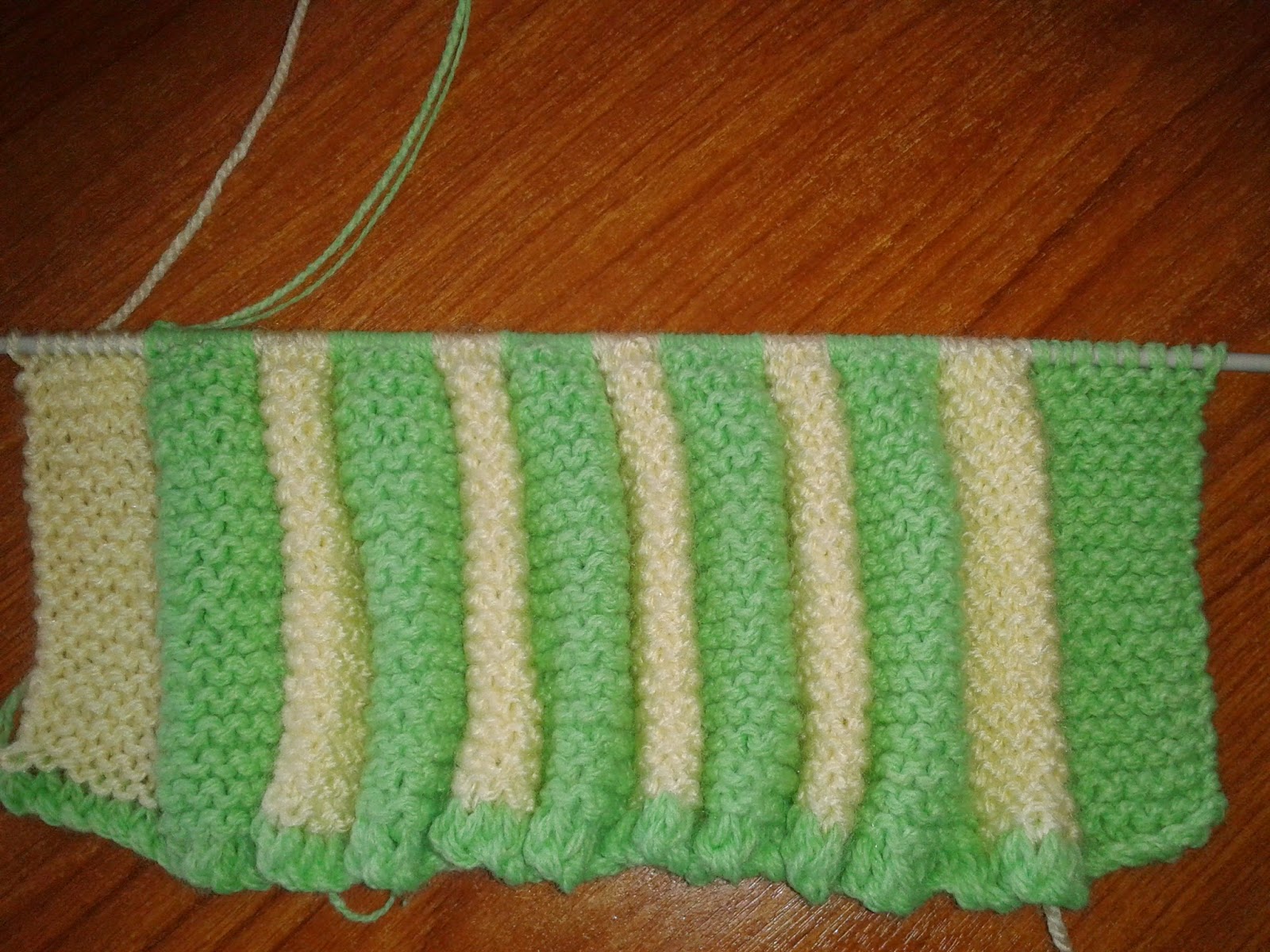 This is the first half, I've made a few of these now. Hopefully it'll be finished in a couple of days and I will post a picture of the finished article.
As I type this the boys are in the front garden skipping with a rope they've made out of loom bands! You usually make necklaces and bracelets out of them. I do love their imagination!
Lastly, just in case anyone was wondering we did manage to stay awake and pick Eden up on time! Definitely having an early night tonight though! My time of late nights and early mornings is long gone!
Posted by Bridget at 16:08