The boys loved it. Callum's decided he now wants a horse! 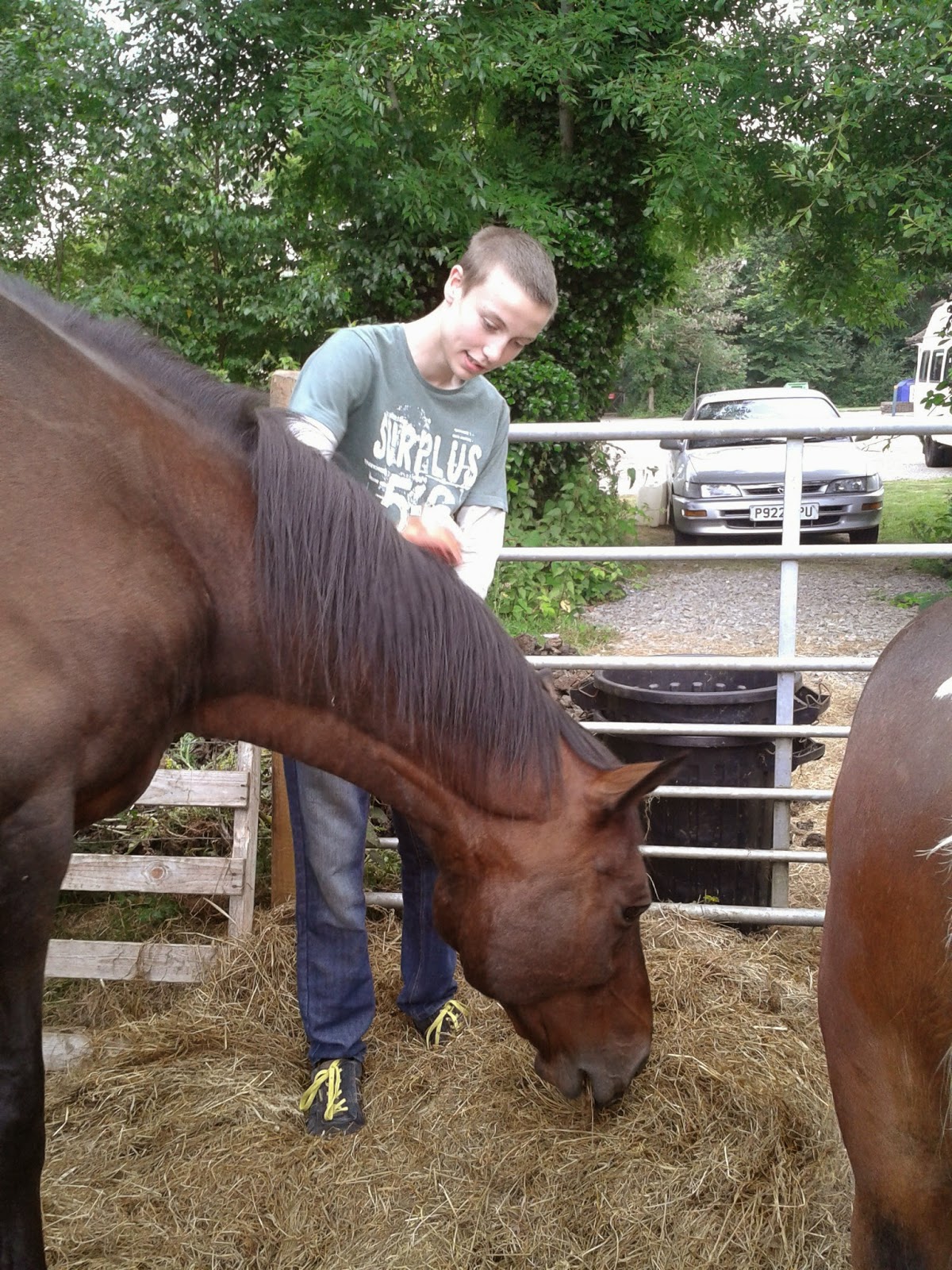 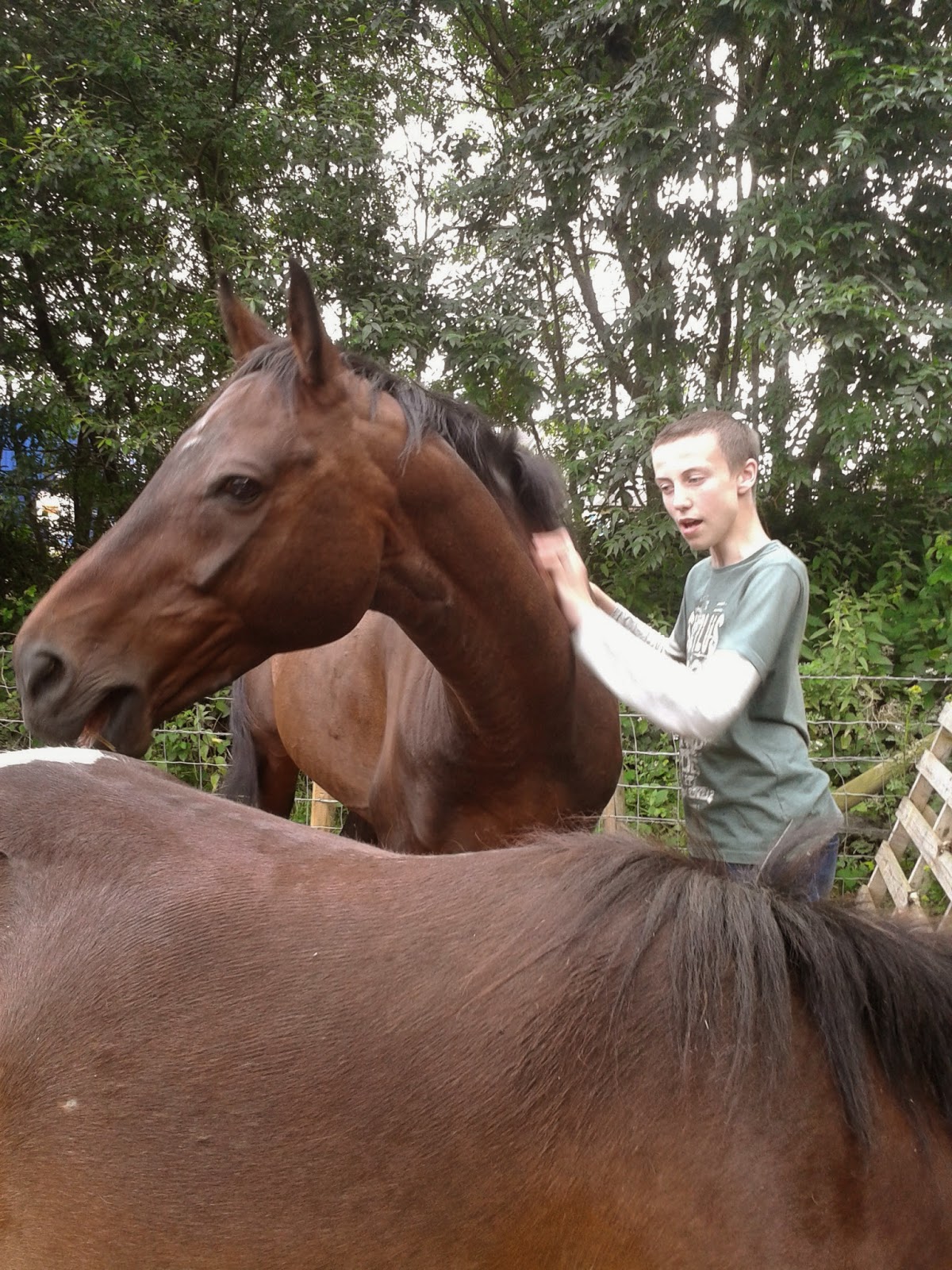 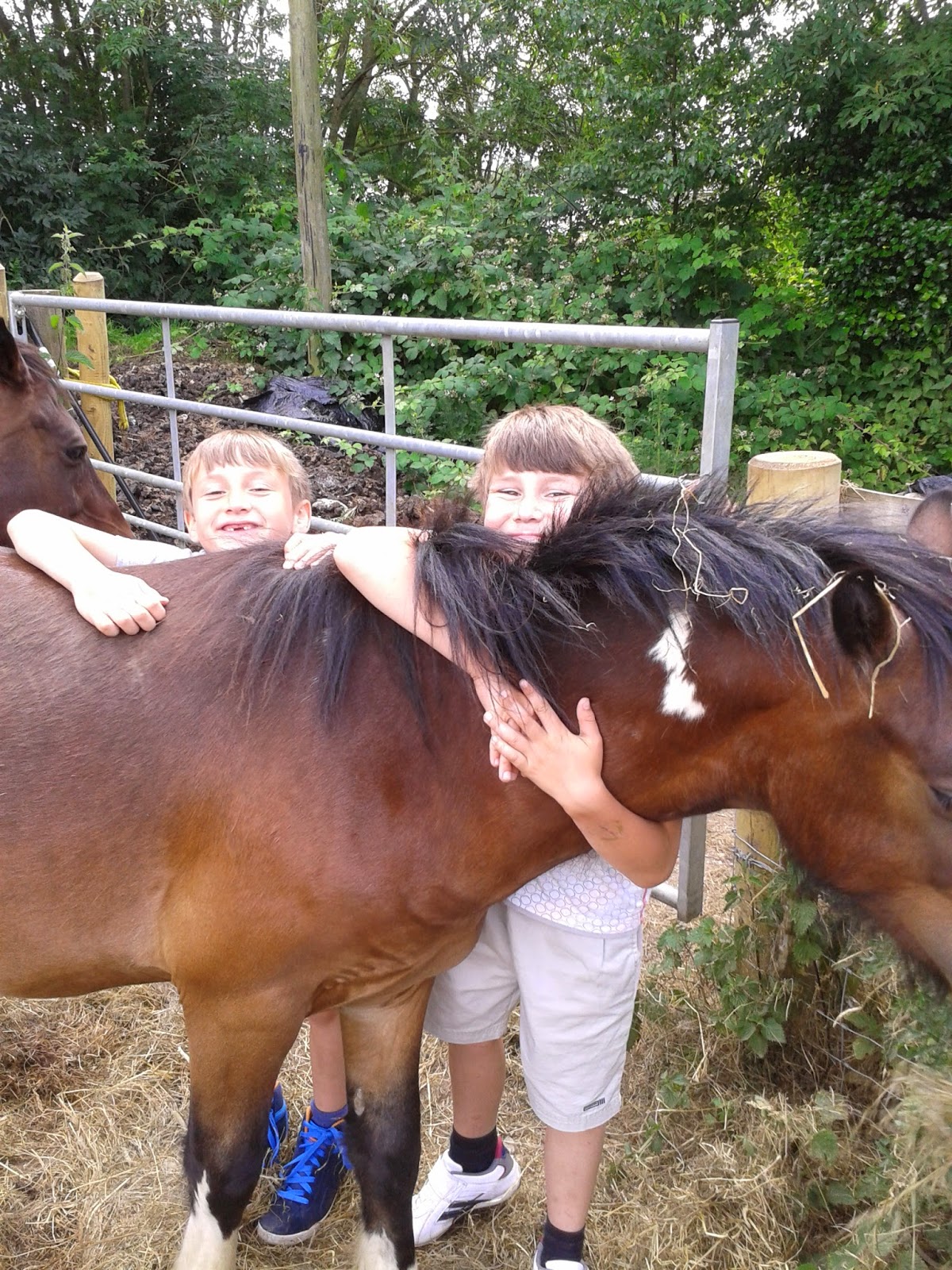 My friend got her horse brushes out and Callum spent most of the afternoon brushing both of them.
NS has finally come out of hospital, he's been out two weeks and he's a very poorly man indeed. There are five stages of kidney failure, five being in need of a transplant. When he came out we were told he was at stage three and he had to work hard to look after himself not to progress further up the scale but yesterday we were told that the doctors now think he could be end of stage four going into a stage five which is very shocking news. He will find out more a week tomorrow when he sees his consultant.
I'm not sure if I've said before that Callum has been under a consultant for scoliosis for the last eighteen months.
When we first saw him the twist in Cals spine was 55°, unfortunately it has increases to 75°.  It has increased by 10° just in the last six months. The condition becomes life threatening at 90° so the hospital has decided that he needs to have an operation to have a metal rod put in his back. The waiting list is four to six months but by the sounds of things they are saying that they want to do it sooner rather than later so we are waiting for a date.
He's not happy, this was his worse scenario, he was hoping it wouldn't twist anymore and I think has been in denial since he was diagnosed. We can't talk about the operation at all, he wants to know nothing about it. It doesn't help that it's not going to happen at our local hospital but at one about 40 miles away. So we have to sort out me staying with Cal, Malc traveling to and fro alongside sorting out the dogs and younger boys!
I'm really dreading it but we'll take it a day at a time.
Eden's at a party tonight, we will be picking her up at midnight along with three of her friends. We will be dropping one off at his home and the other two are staying here the night.
We've had her friends here for the last two nights so this is night number three with extra people here. I'm beginning to think we run a hotel!
The only reason I have time to post tonight is because we have another hour to wait before we leave and I daren't fall asleep otherwise I will not wake up and poor Eden will be waiting  with her friends for us!
Anyway I think that has bought you up to date with all the basics that have been happening.
Hopefully it won't be so long before I'm back again!
Posted by Bridget at 22:42