Working for a living!

Eden walked down our local High Street about two weeks ago calling in to local shops and cafes asking if anyone had any jobs going. Most of them told her to apply online or take in a CV but Next said they were having a sale and wanted some extra people to help out. So she had an induction course for a couple of hours last week and starts tonight and she's also working tomorrow.
Hopefully if she does a good job they'll think of her when they need some more extra staff. At the induction course she met another girl from her school and a lad we use to live opposite and they're working the same shifts as her. It's always nice to know somebody else when you're starting something new.
Today I have gone to J's and cleaned, goodness I was boiling!
I came home and had a quick lunch and then went to N's.
Malc picked up the mini bus just after lunch and has now gone with Cody, Clark and the rest of the Beavers to a local themed farm.
He gets home about six and then Clark is going over to  Studland with the Scouts for a BBQ. 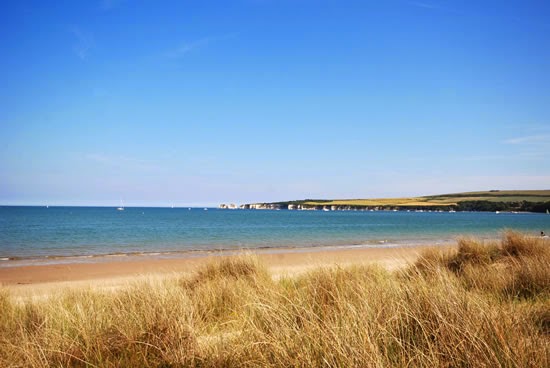 One of our most beautiful beaches with sand dunes and lovely clear water.
They go over on the Sandbanks ferry which has been out of action for most of the week due to one if it's pulley chains being broken by the big ferry that goes across to France. It was touch and go whether it would be fixed by tonight but luckily it's up and running. 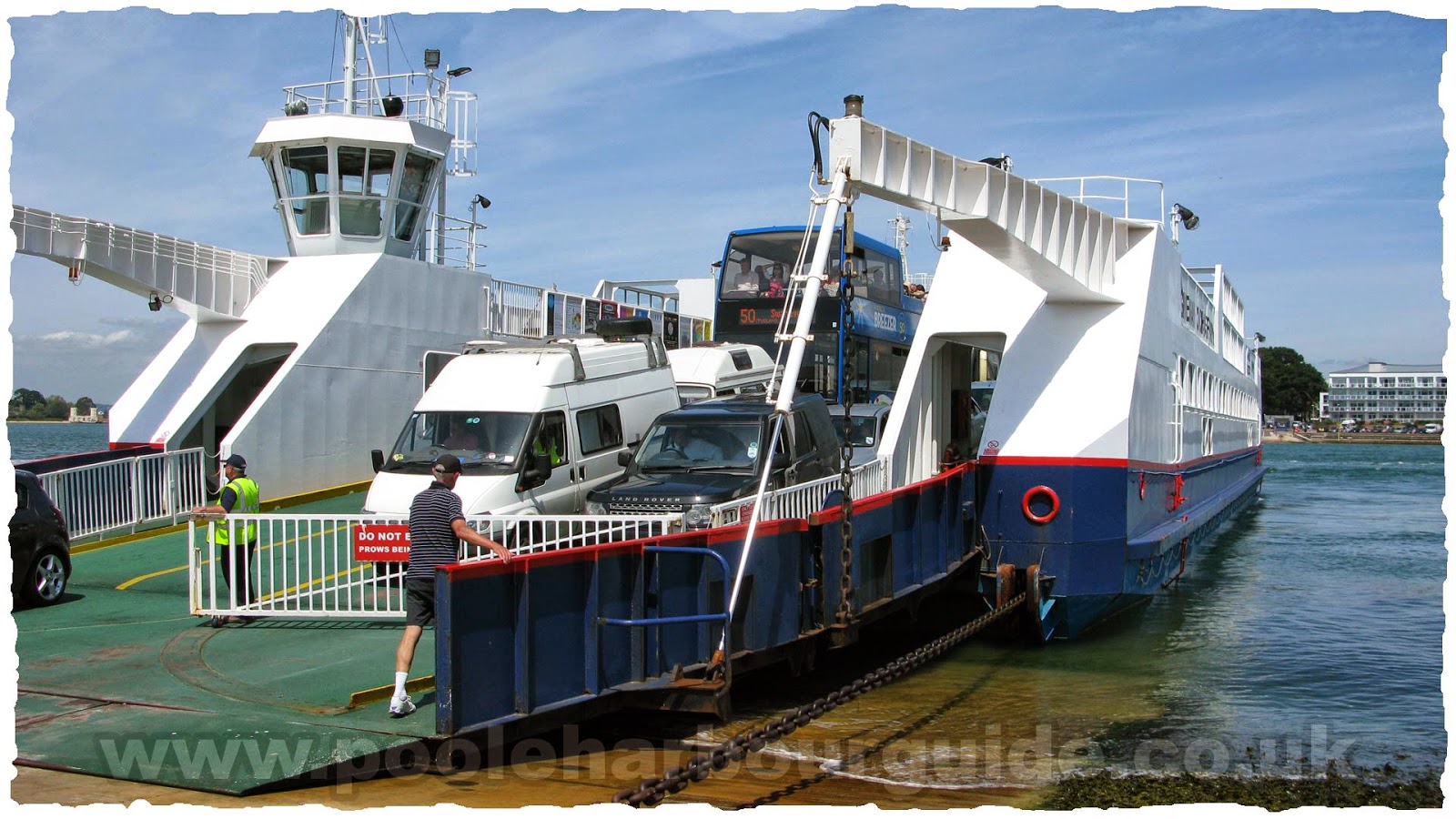 Pictures of the tie dying that went on yesterday, both of these are Clarks 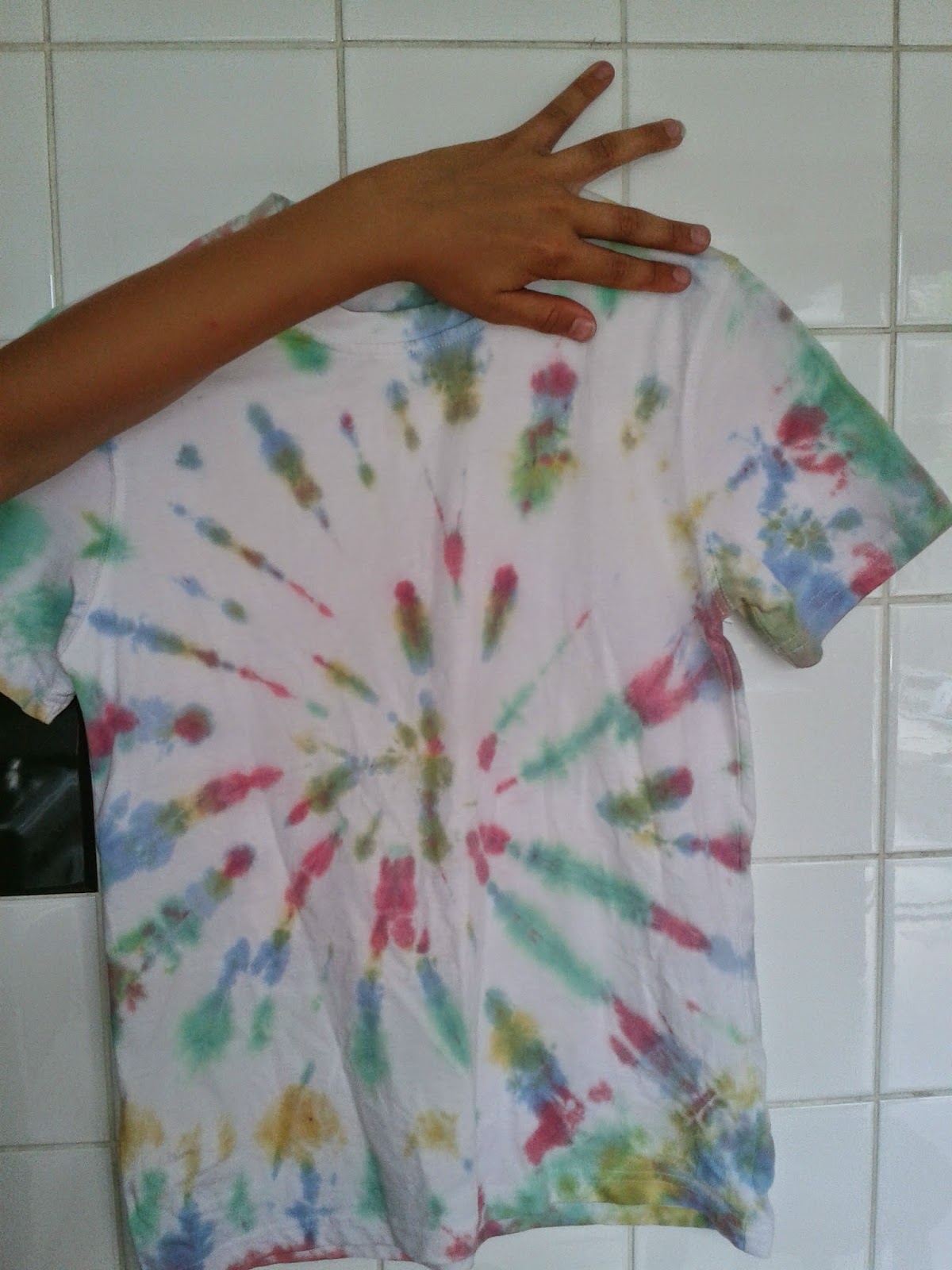 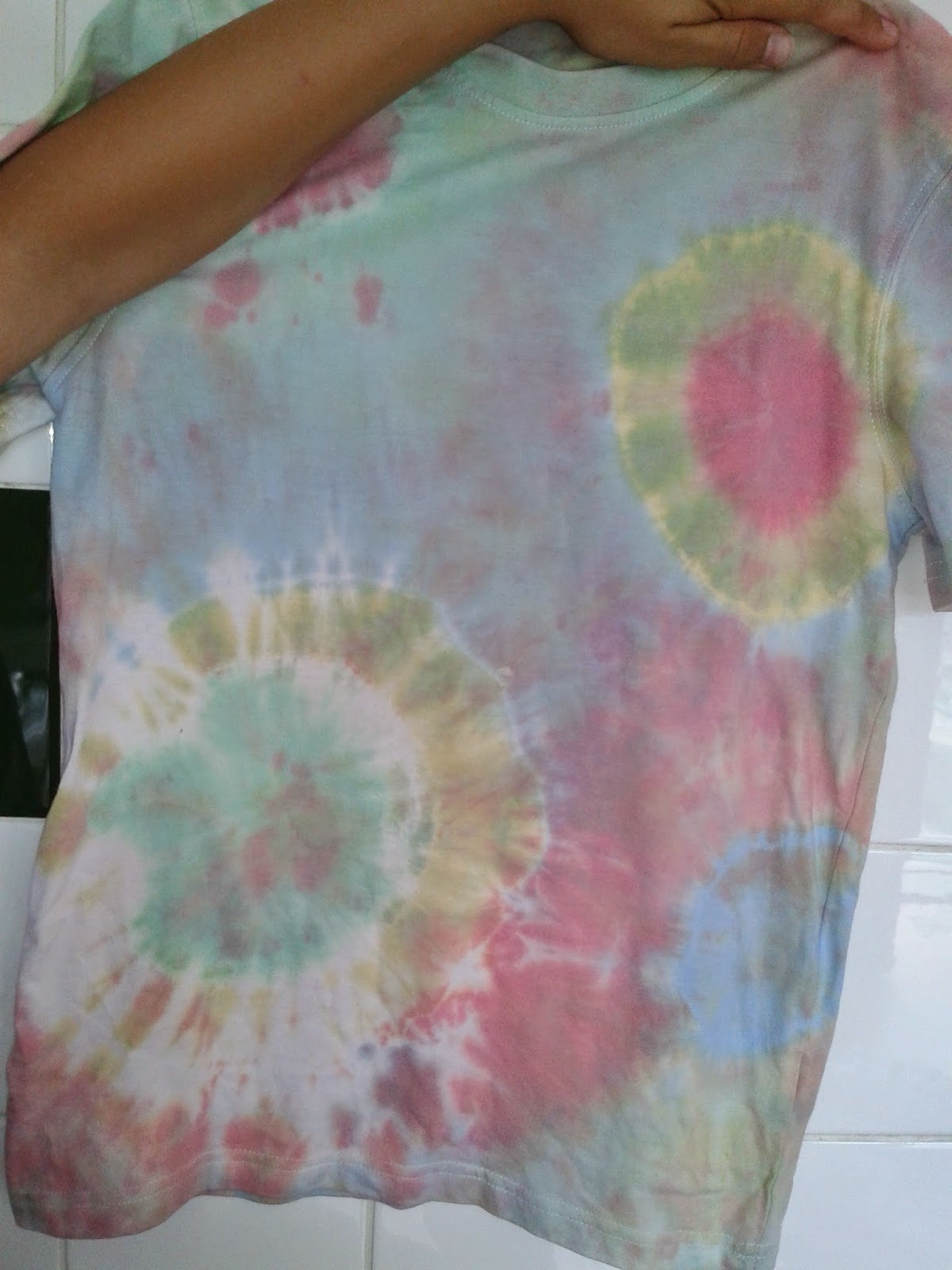 Last night we had a big thunder storm which was most welcome and has freshened up the air somewhat but it's still really hot and a bit muggy.
Eden's off to Italy with Chamber Choir next Tuesday so tomorrow will be spent having the mini bus retested for it's MOT and getting bits and pieces for her trip. It's meant to be raining for most of the day, hopefully that'll take the temperature down a bit!
Have a good weekend.