Mums and Malcs birthdays  that is!
We went out for breakfast, the picture was taken when we first arrived hence the clean table. It was full of dirty cups and plates by the time we left! 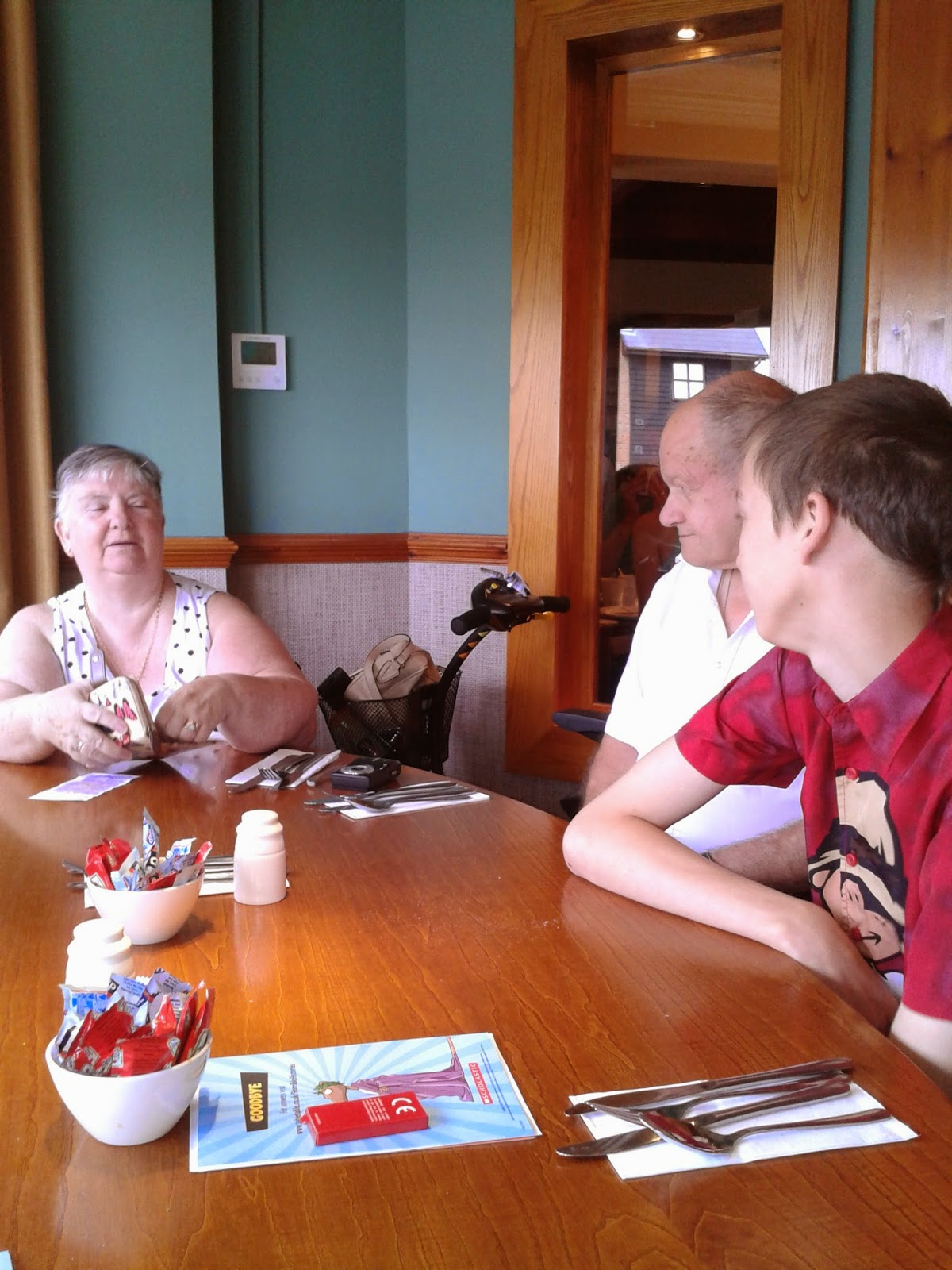 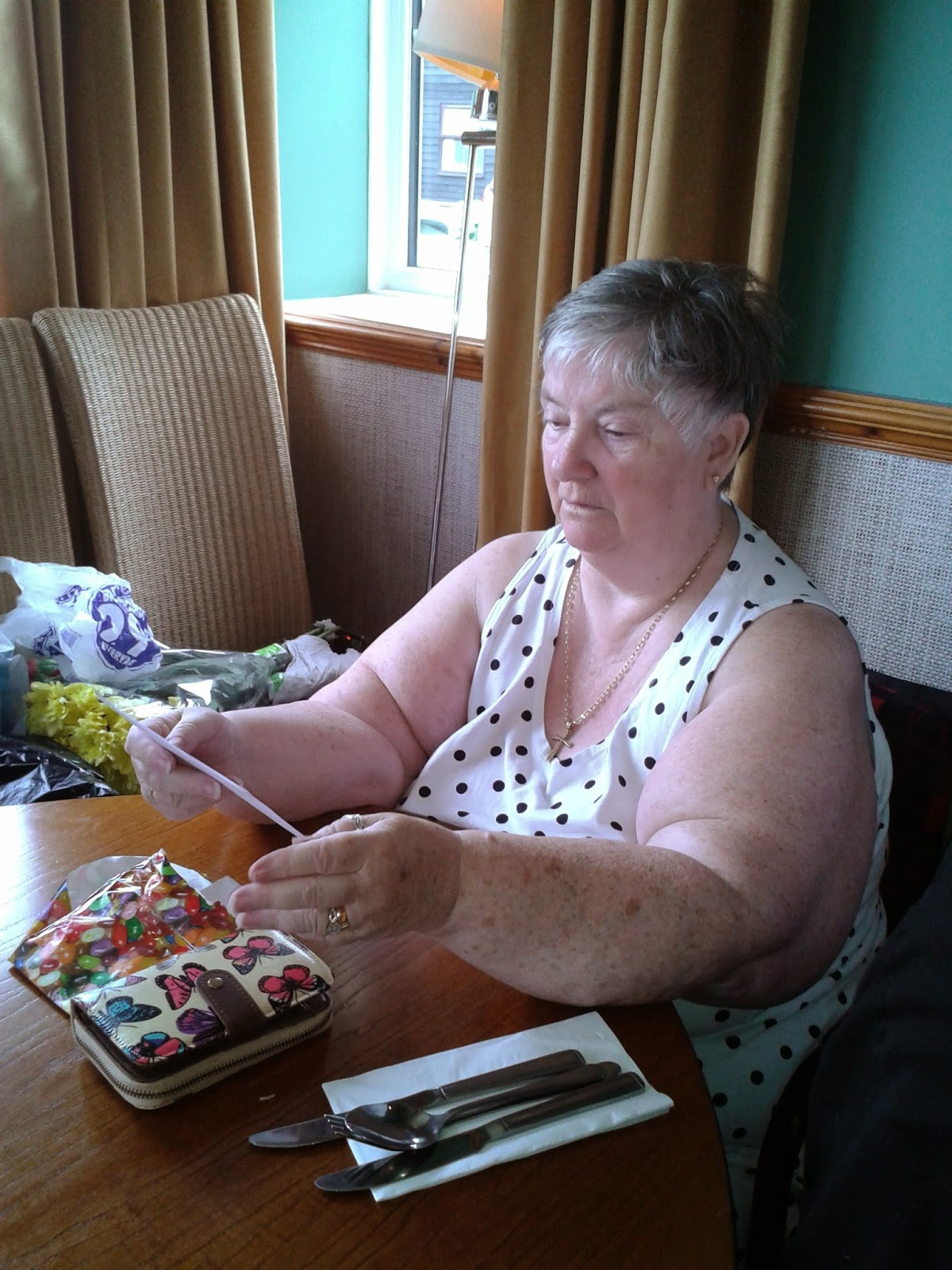 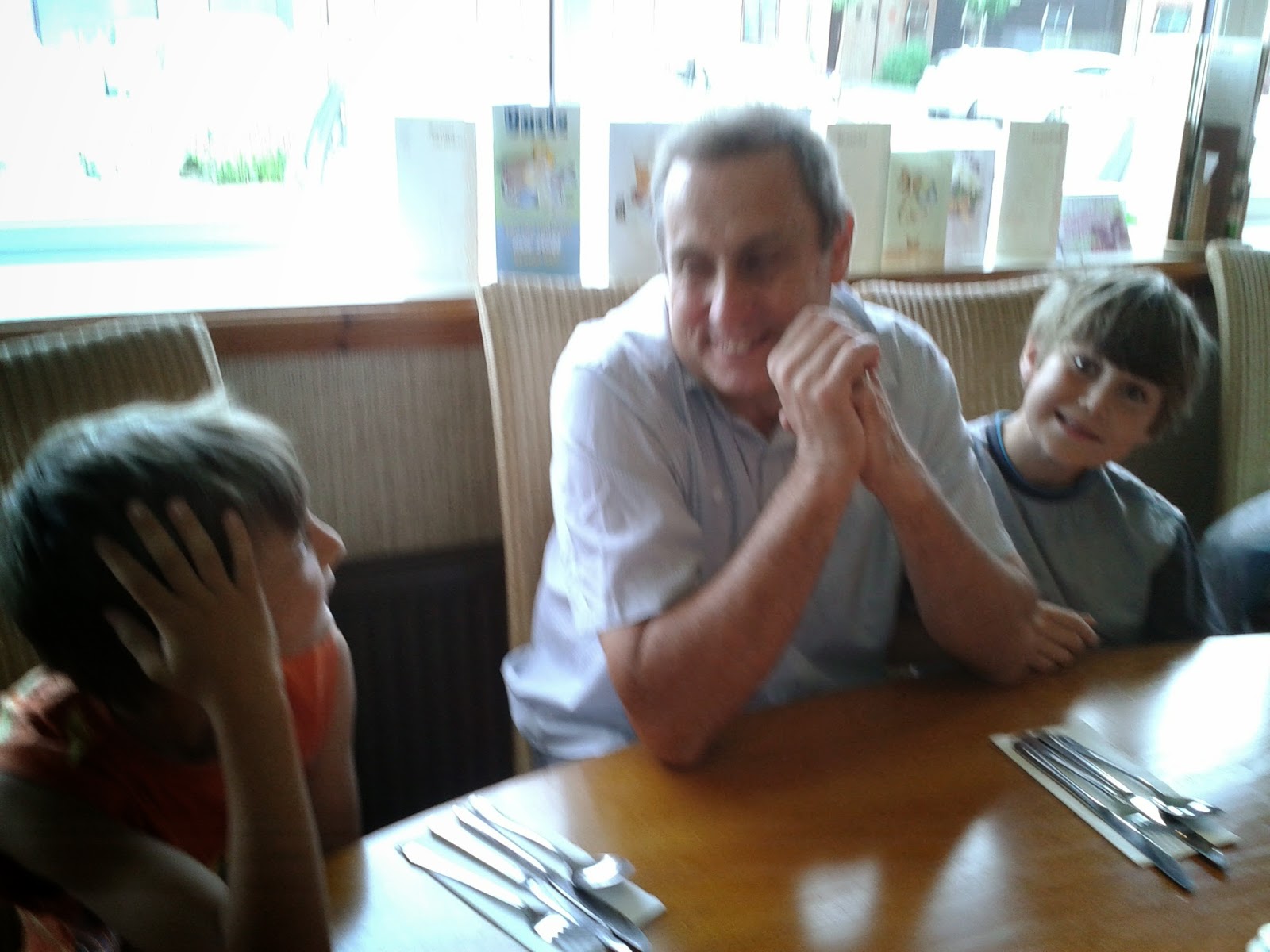 We came home to let the dogs out and then went to a garden center for the afternoon.
Then Mum, my Step dad and I went to look at some Bichon Frise puppies that were just 13 days old. They were adorable, their Dad was one of the nicest dogs that I've ever seen. He sat on my lap and was so laid back, cuddly and friendly.
Mum's put a deposit on a little girl, she'll be ready about mid September. I forgot to take a picture yesterday but we hope to go and see them again in a couple of weeks so I'll try and remember to take some then.
On Saturday my brother did a 60 mile walk in 20 hours and 45 minutes for these people the pilgrims bandits.
They do a lot of work with ex forces that have had limbs amputated.
He was one of a team of eight people and they walked over the South Downs. I'm immensely proud of him and his friends.
Firstly the group of them at the starting place 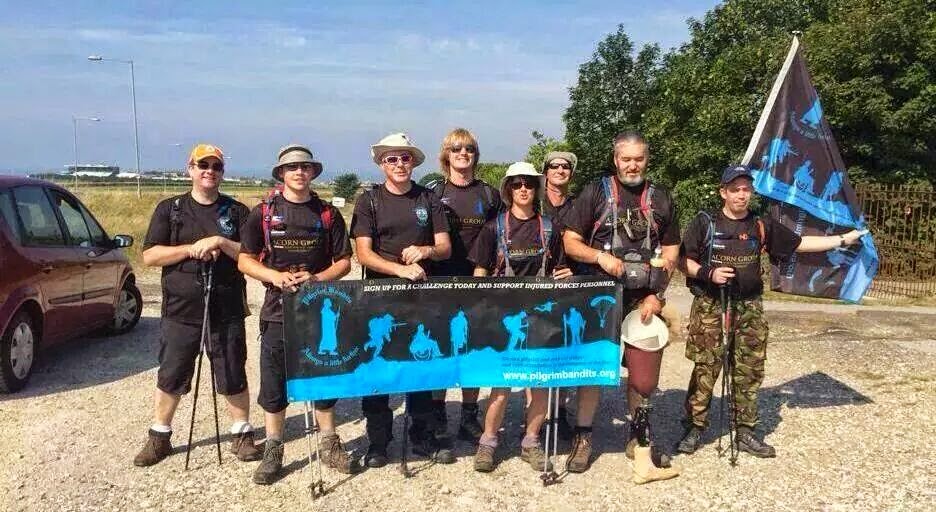 Brent at a check point towelling himself down as it was really, really hot on Saturday. 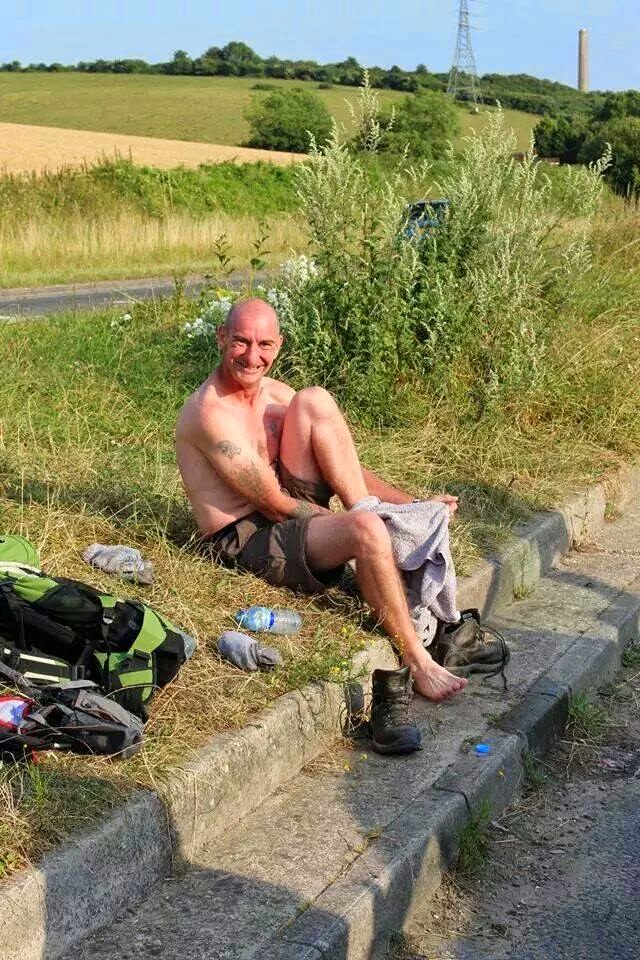 A picture of his feet yesterday, he had about seven blisters! 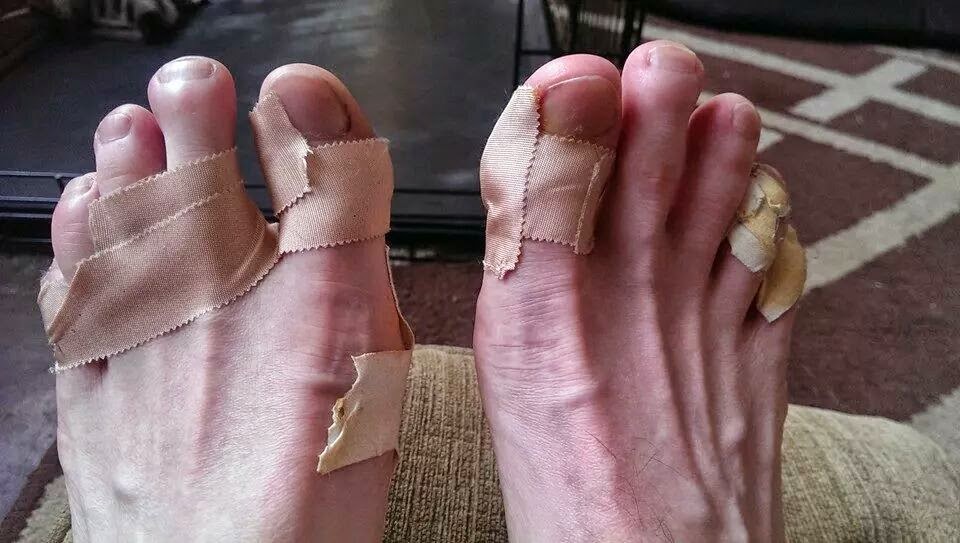 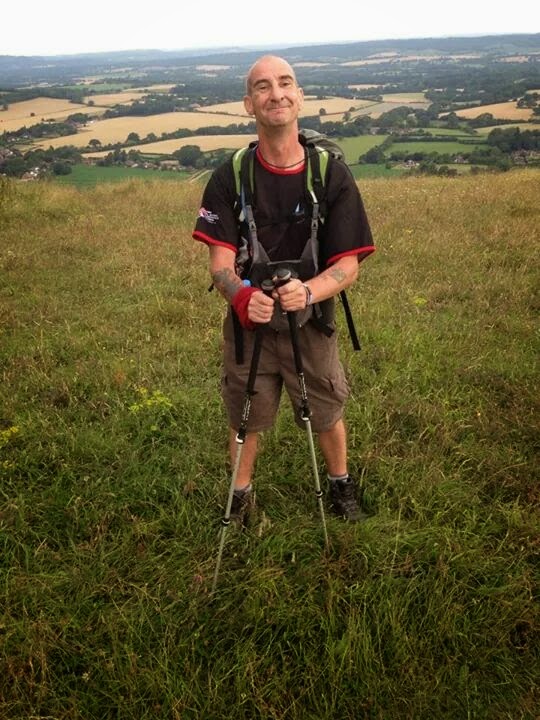 He's been training for about nine months for this event.
The group has raised nearly £5000 between them.
We are going to his girlfriends birthday party next weekend and I can't wait to see him and give him the biggest big sister hug!