We had a lovely weekend away in our caravan.
Some pictures of the dogs and boys settling down for the evening.
Soloman playing on his tablet. 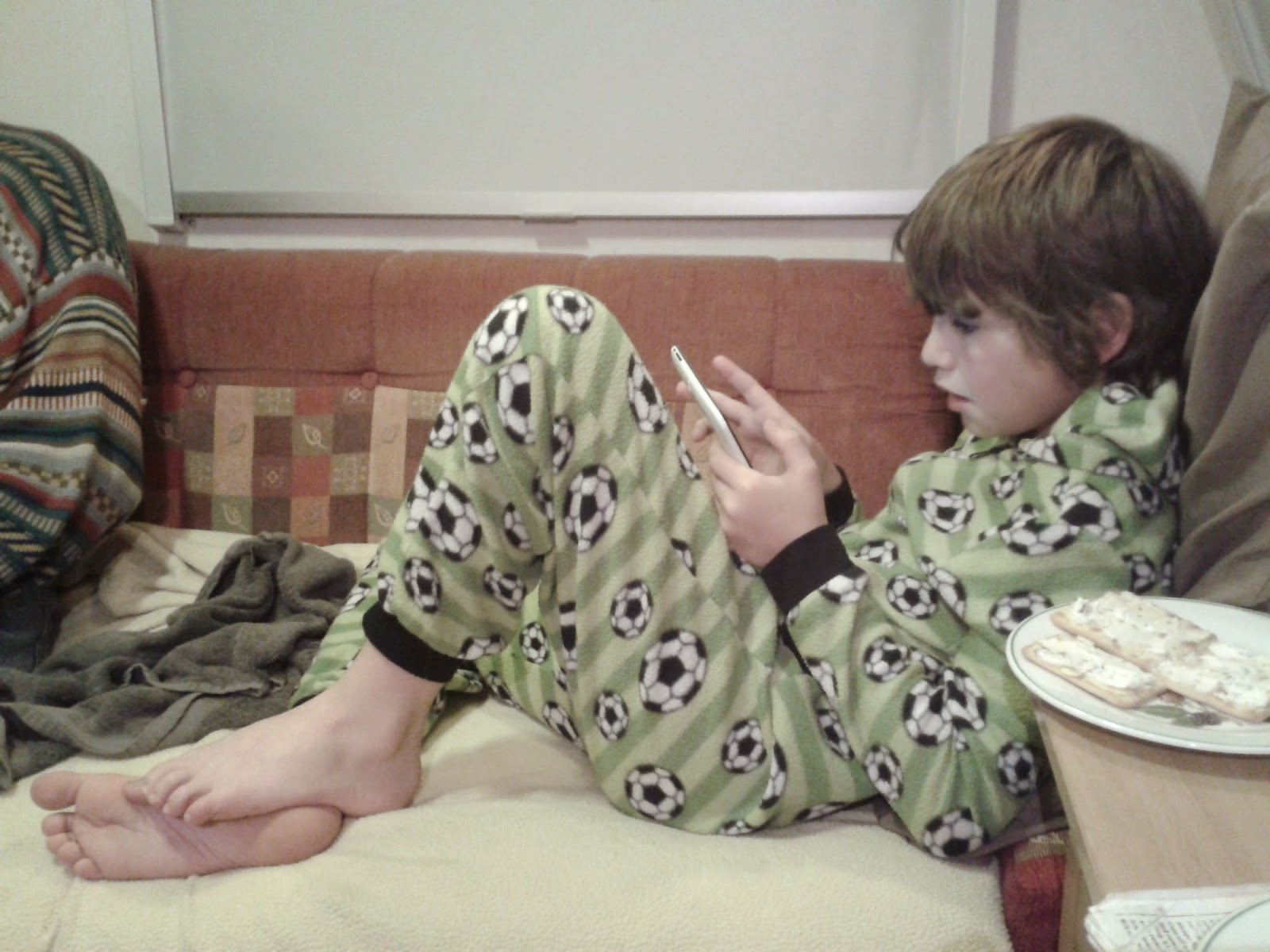 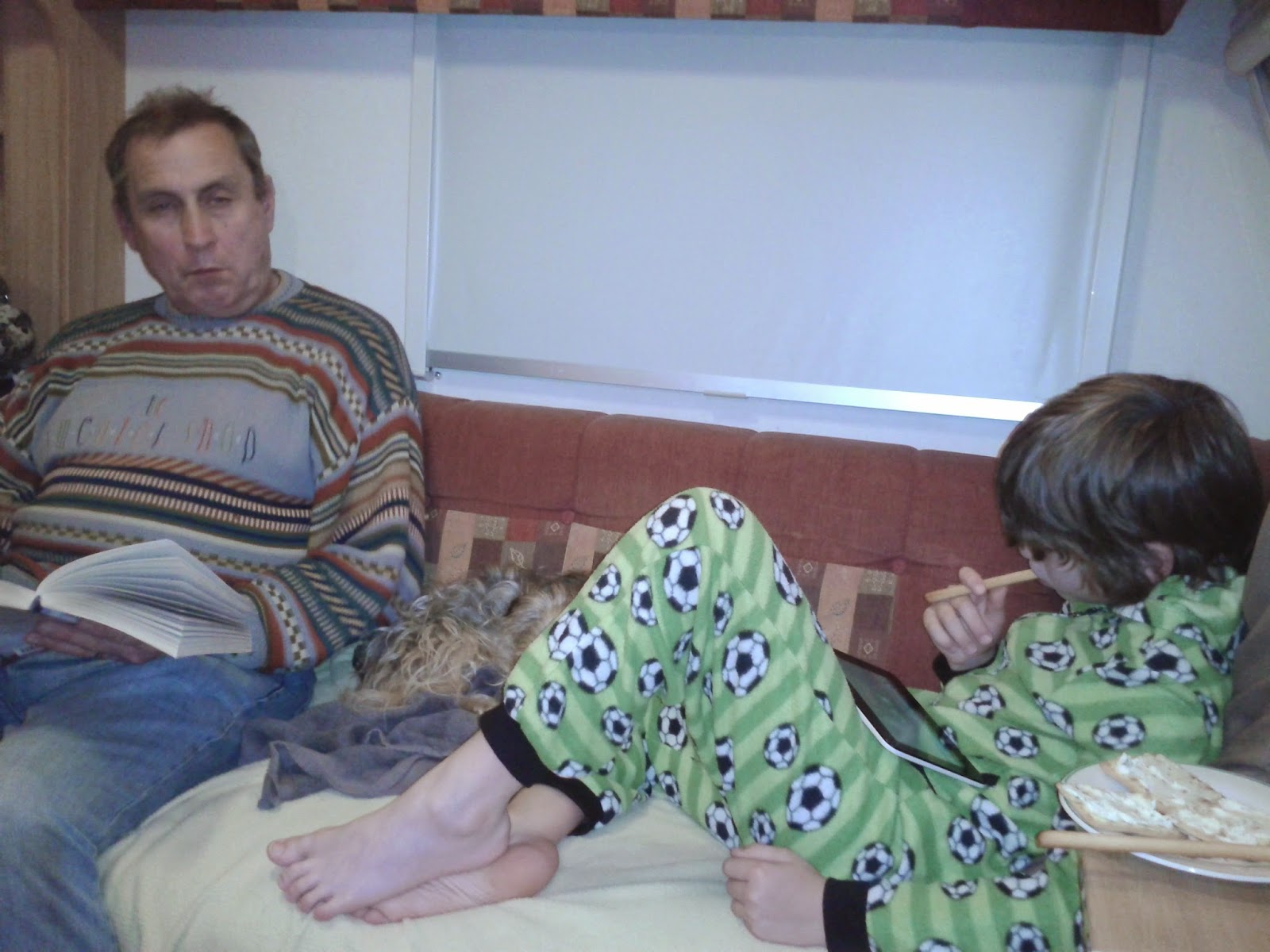 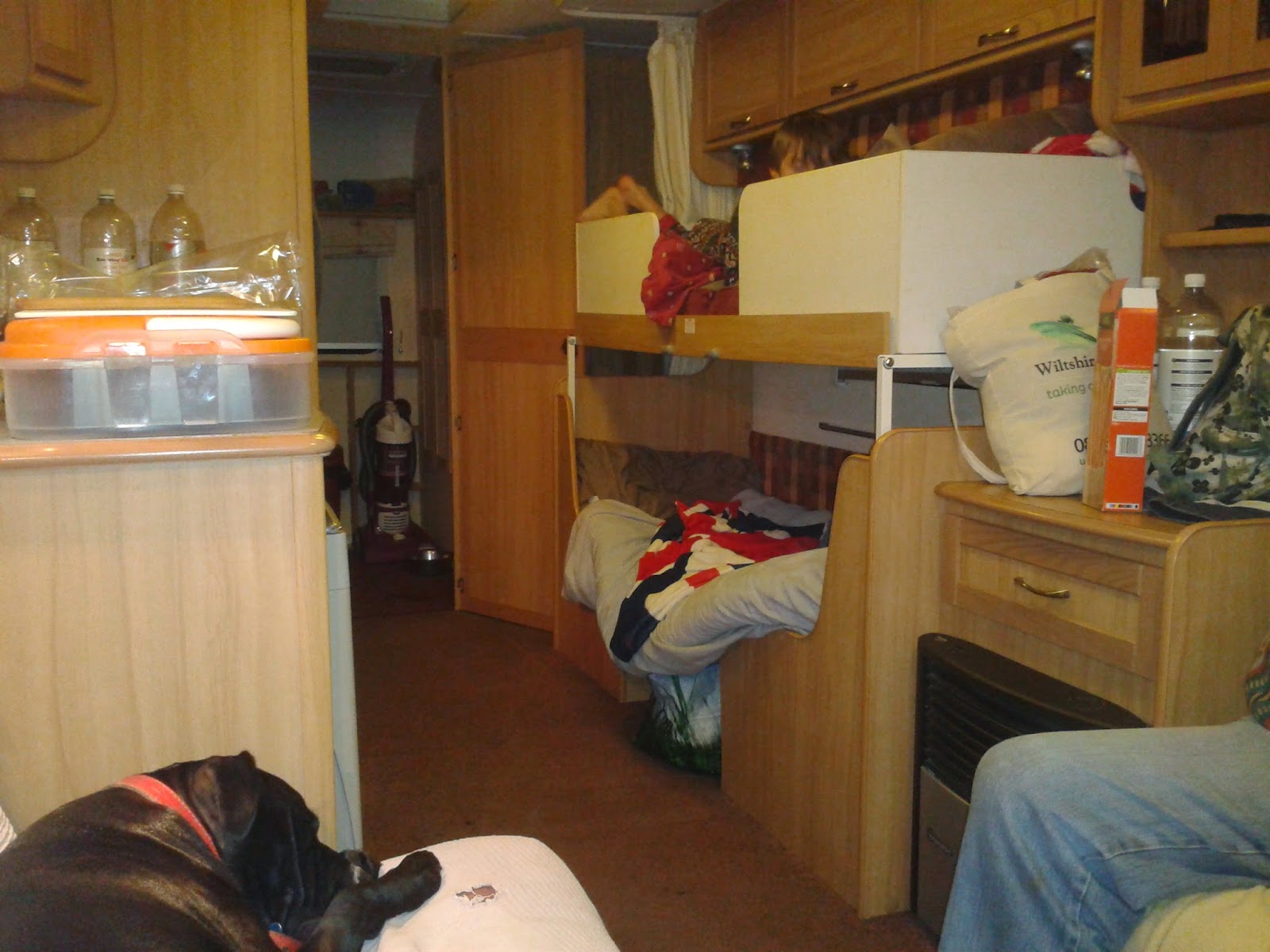 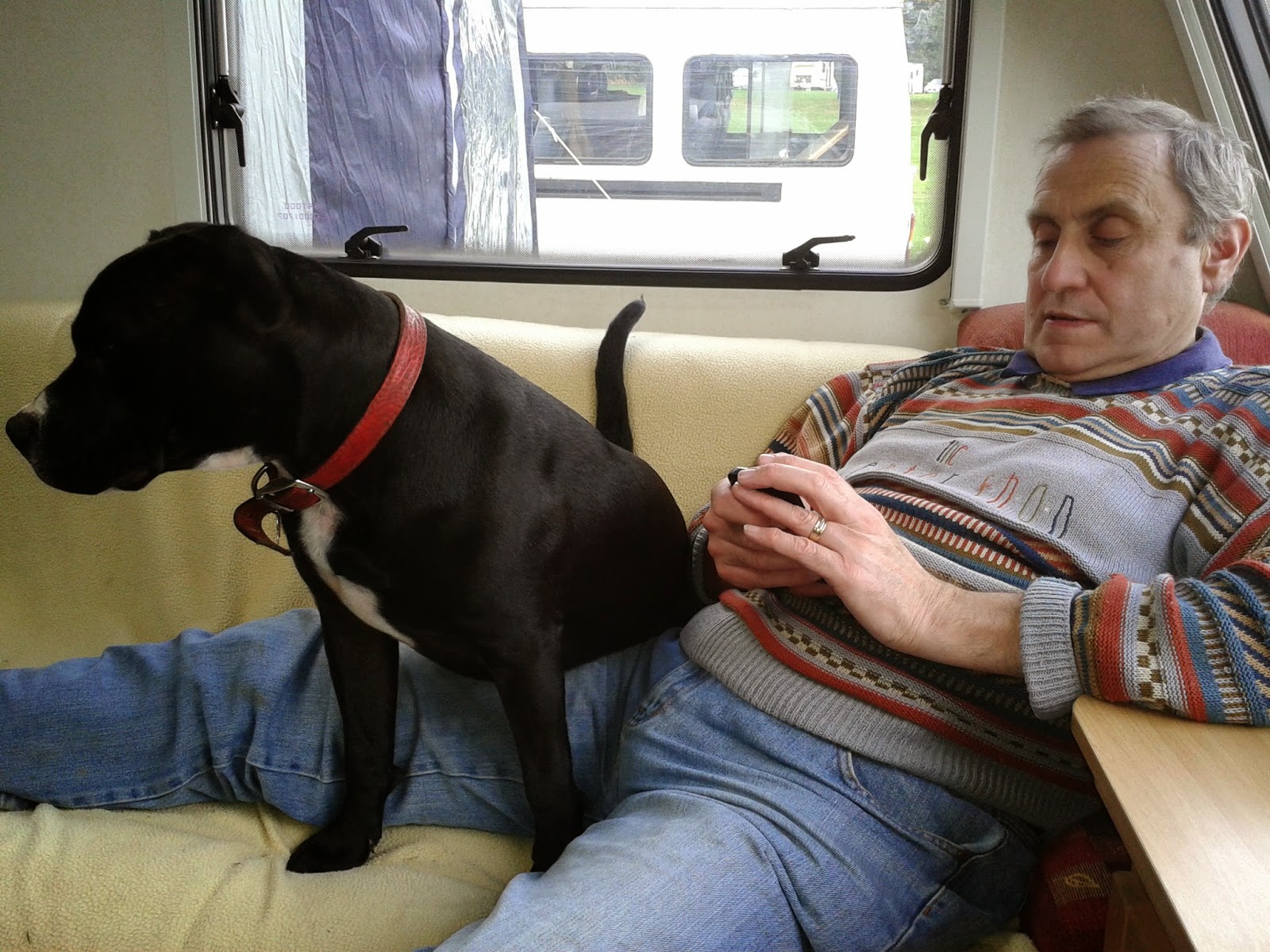 Nieve watching the world go by! 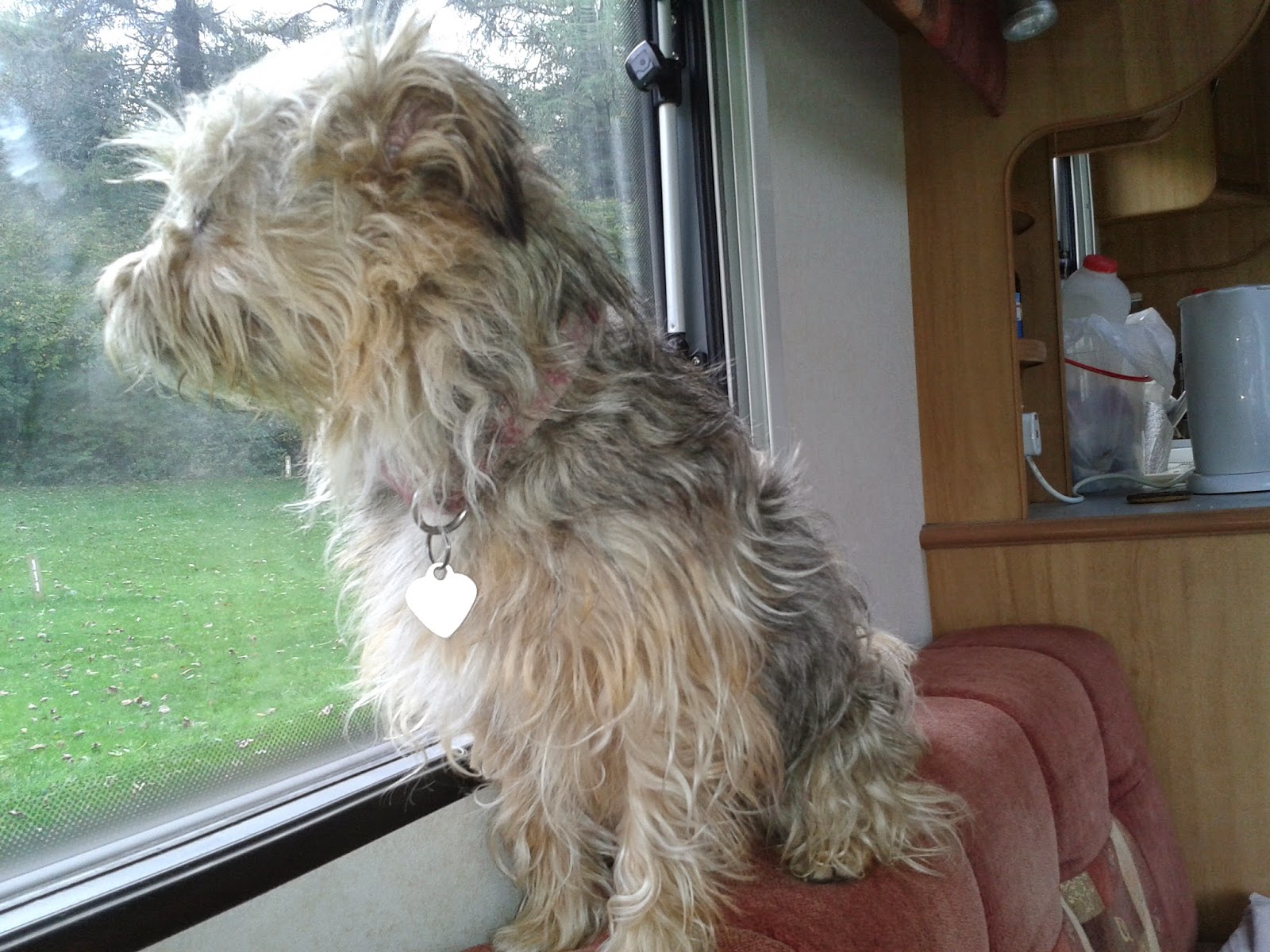 We also visited Bradbury Rings I use to go here all the time when I was a child with my siblings and parents. Back in the old days you could park your car anywhere and go rambling over the hills, we often took a big old fashioned tray and sledged down the hills. Nowadays since it was taken over by the National Trust you can only park in the car park and dogs have to be on leads as they now graze sheep there.
I know the reasons why it's changed but it was so much nicer in the old days!! 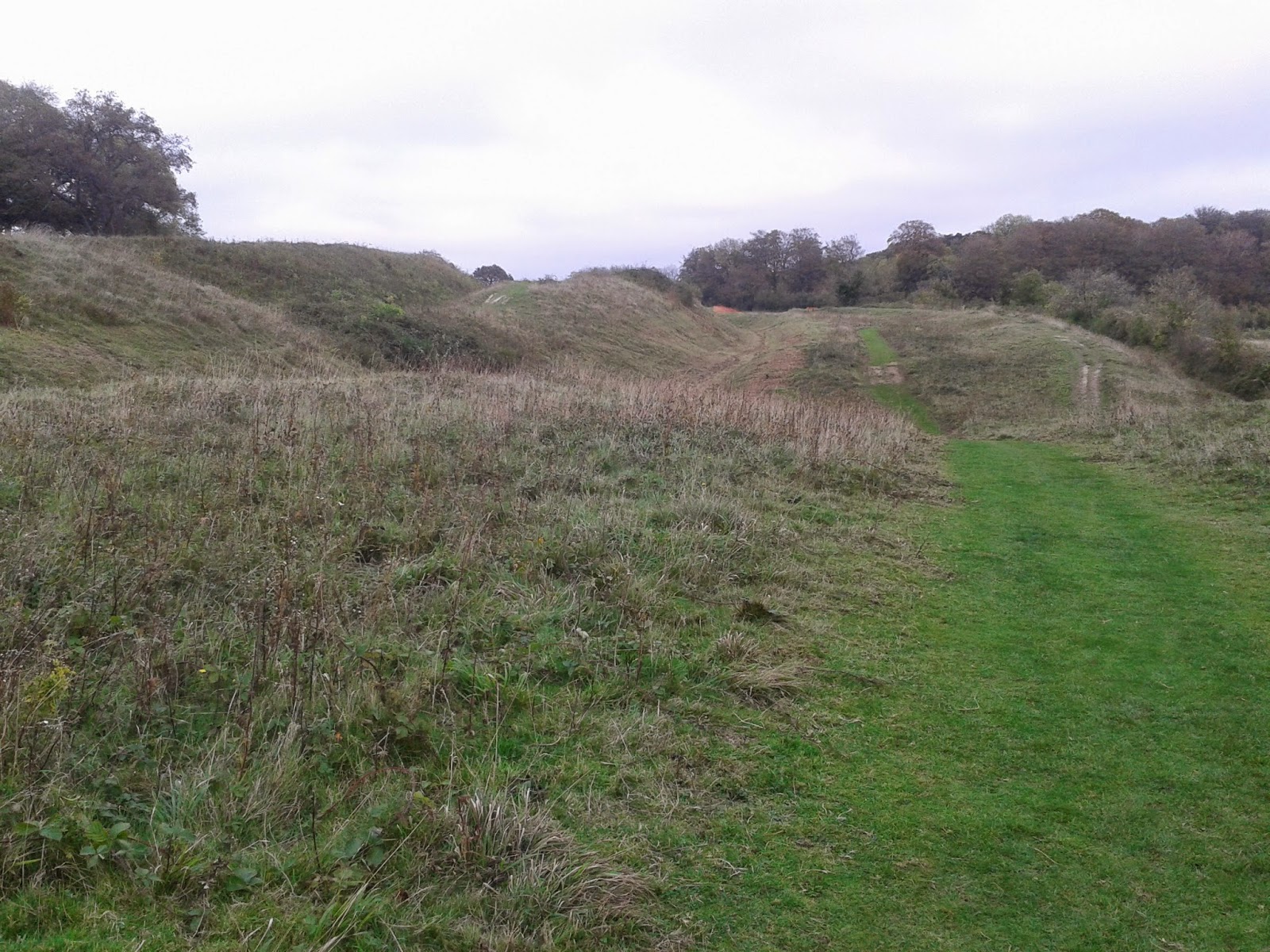 We only took three dogs away with us so here they are with the four boys on top of one of the hills. Rubbish photo! Taken on my phone which has a rubbish zoom on it! 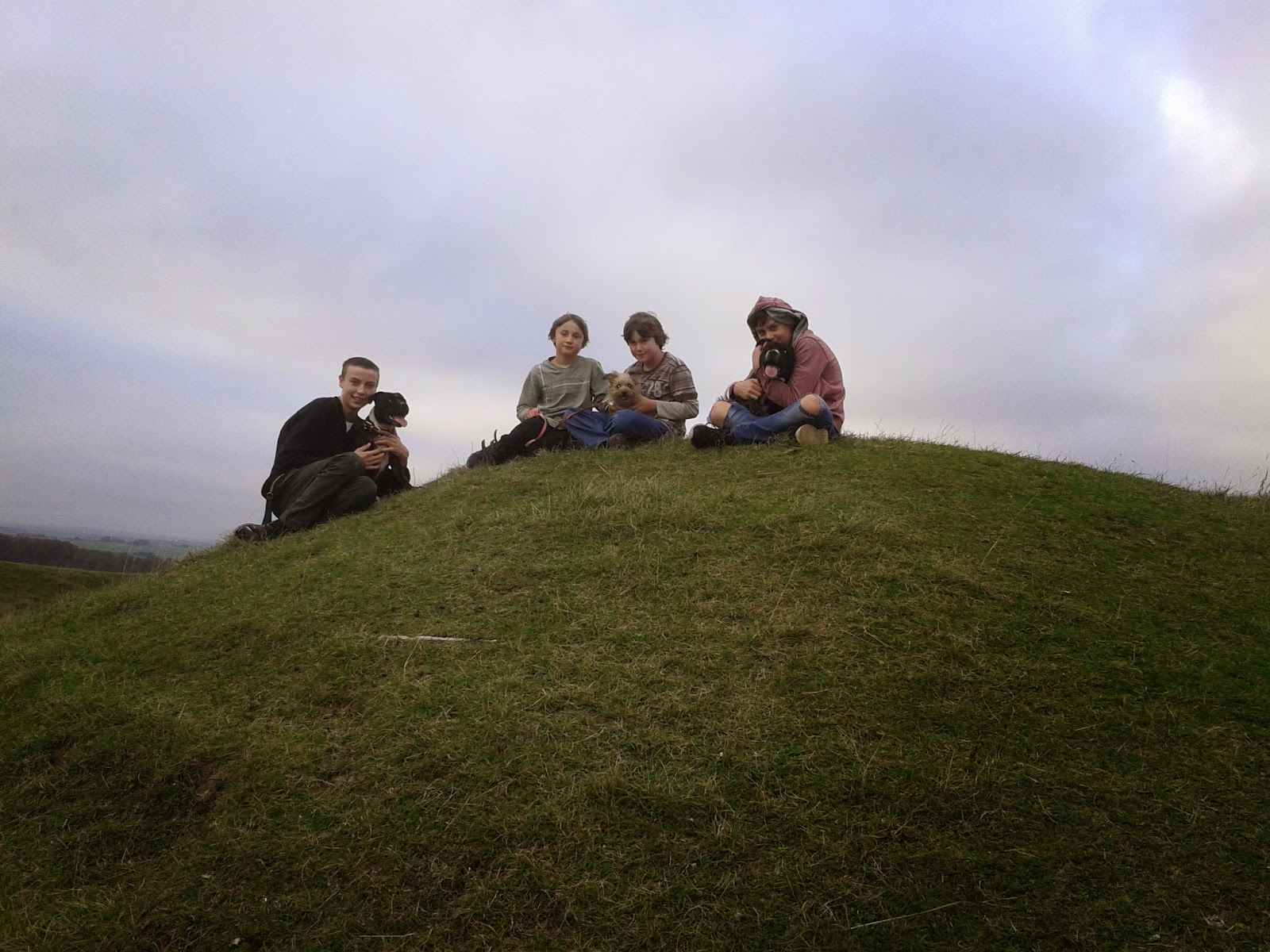 We don't take a TV or radio with us so we were out walking the dogs an awful lot and the boys made new friends at the campsite and were out playing in the park and the woods in daylight hours. When we were at the caravan we hardly saw them so I have now knitted both the sleeves on Clark's cardigan, I also had to unpick the back and knit it up again as I'd knitted the wrong size! Schoolboy error there!
Eden painted all the lounge whilst we were gone, it looks lovely.
Pictures to follow when I've hung the new curtains.
Clark went to fracture clinic today for another xray, it's all good, he has to go back in January to have another xray and discuss having the plate and screws taken out.
We have a Halloween party tomorrow with quite a few of Edens friends coming, so we thought you can't have a party without a cake so Clark made this Spiders Web cake 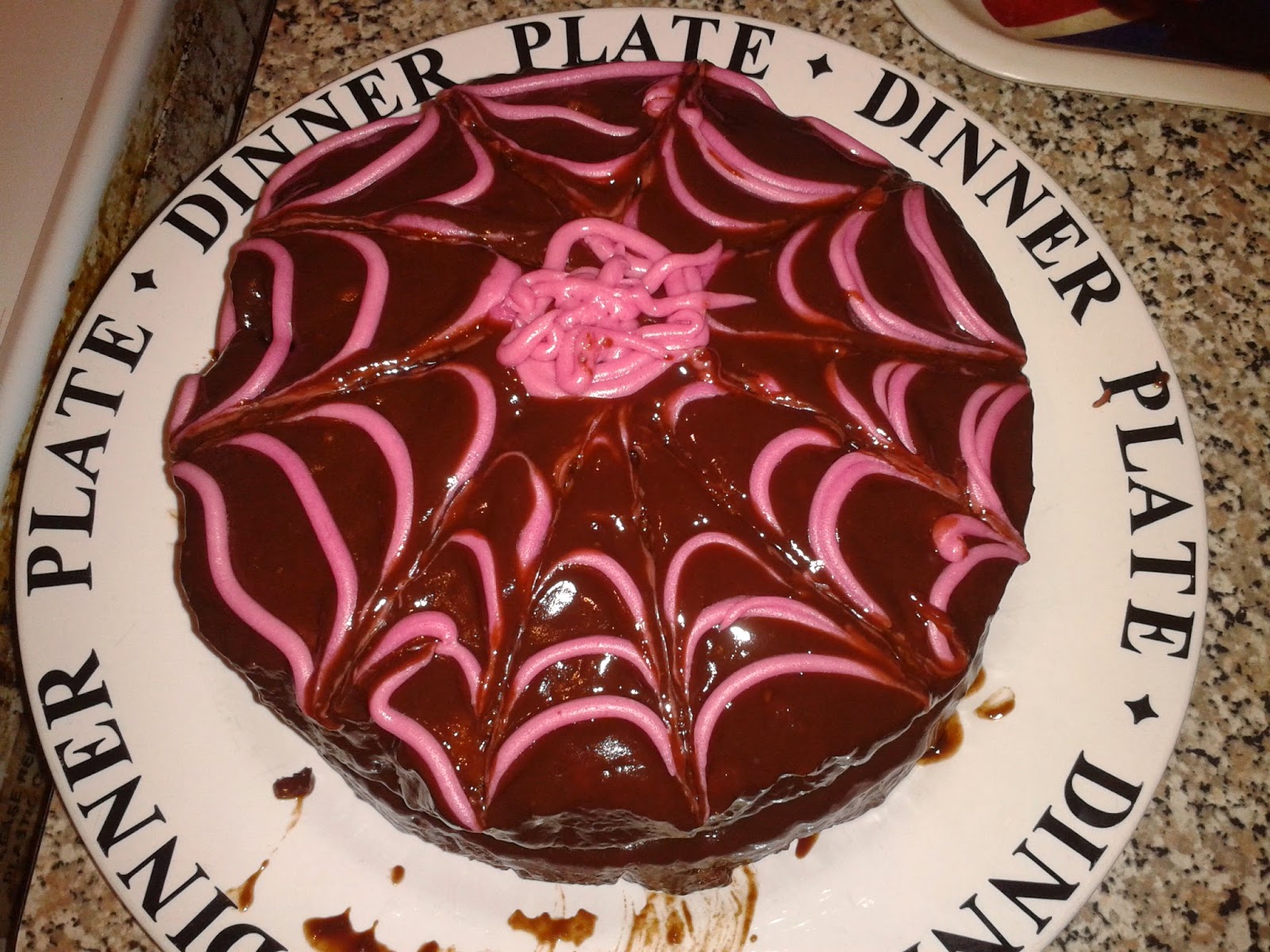 Callum made this Halloween one. 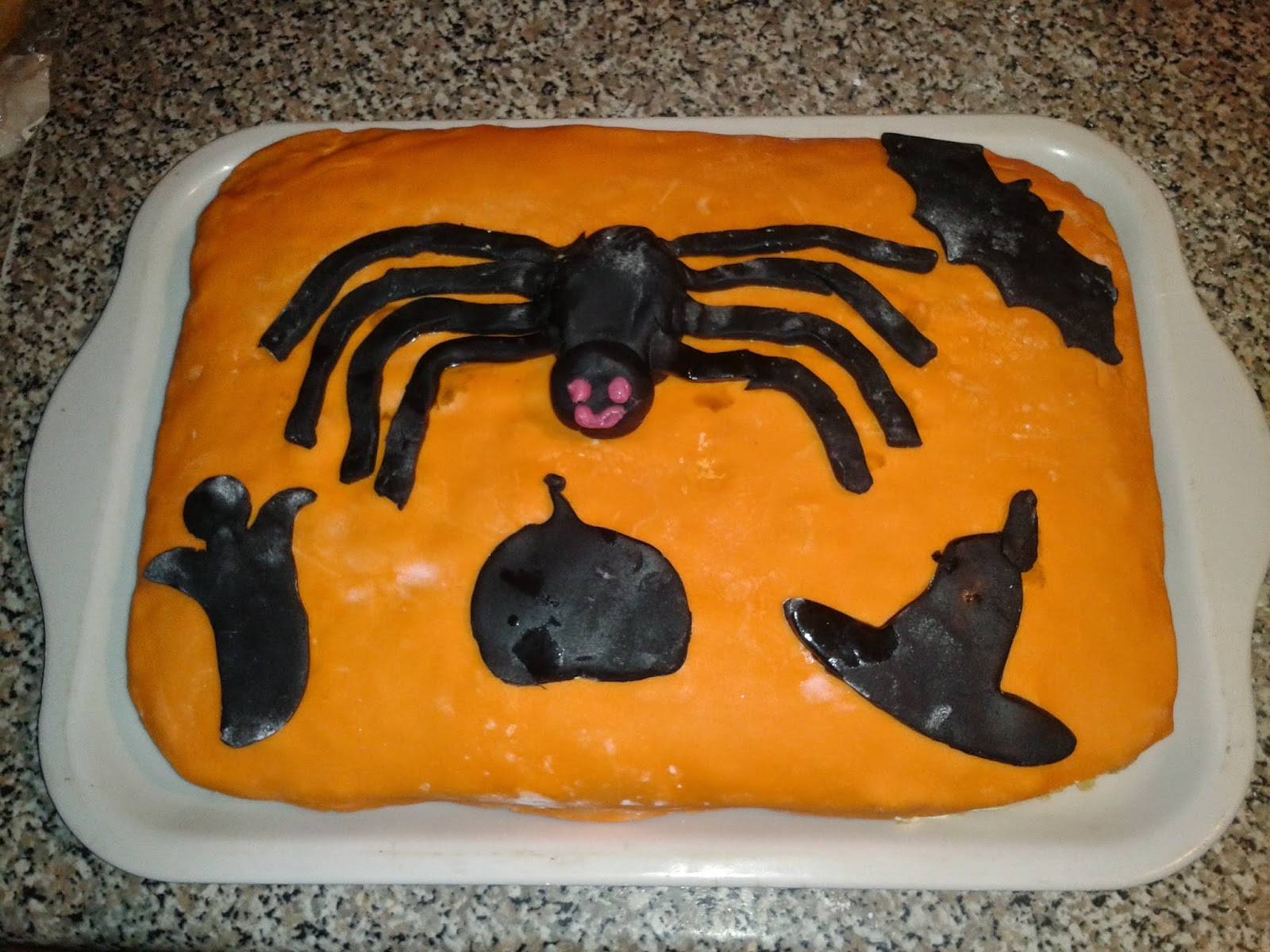 A lot of Edens friends are wearing  Halloween costumes so I'm hoping to take some pictures of them to post next time.
By the sounds of it some of them should be quite interesting!!
Posted by Bridget at 17:43