When I was a child my Mum quite often got out an old roll of leftover wallpaper and cut a long strip off for us to draw on.
We'd get some large stones and put one on each corner to hold it down, two of us on one side of the table and two on the other.
So whilst I was ironing Malc was doing some odd jobs and Callum and Clark cleaned out the rabbits Soloman and Cody sat at the table and used some stencils. They were occupied for well over an hour.
I did suggest an Autumn picture and they came up with this which includes a flying plane on fire and a gravestone for a dead dog. Apparently it walked backwards onto a sharp pole and bled to death!
I must stop them watching "casualty"
When I mentioned that I thought it was autumn themed they told me that they had included trees!
Their masterpiece! 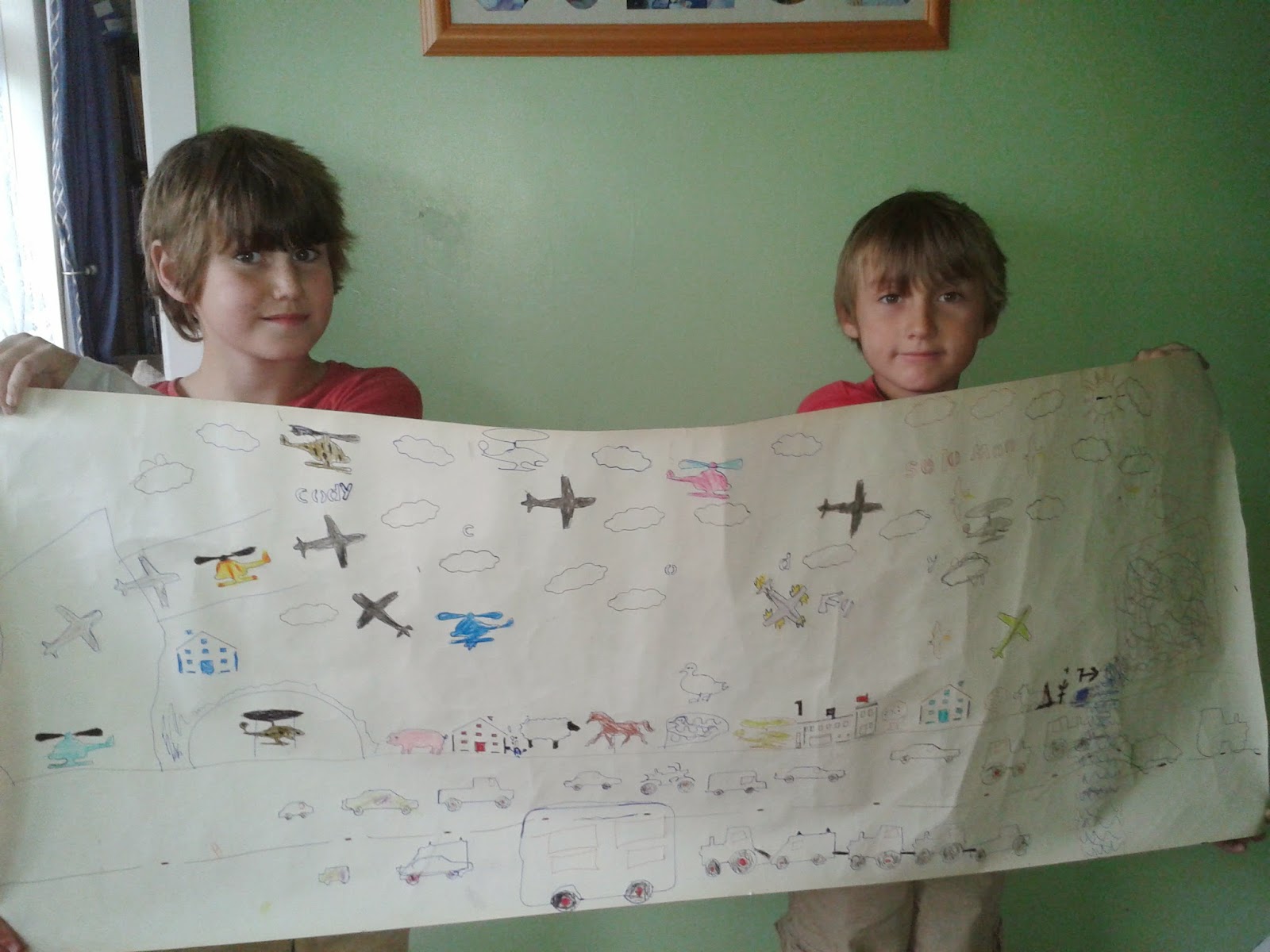