A wet weekend and passing tests

The boys had a great weekend. They did assault courses, an activity involving harnesses and climbing cleats! Good job I wasn't there. Just looking at the pictures was enough! 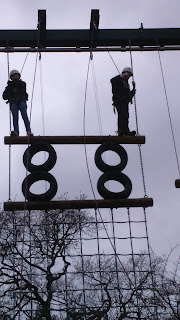 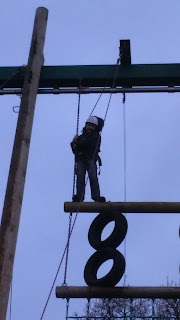 The boys and I followed somewhat more sedate pursuits!
On Saturday we went to my favourite wool shop and I bought some buttons for the two cardis that I knitted last week. 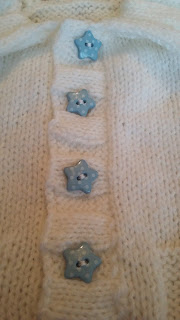 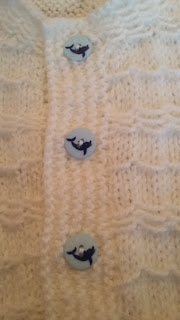 Then we went to the new cake shop that I mentioned last week and I bought some roses made out of icing to go on my birthday cake and some little toppings to go on top of muffins. They're for Valentines muffins so look out for them later in the week.
Today's great news is that Eden passed her driving test first time. Definitely a proud mummy moment!
I've put her on the insurance for my car so when she got in from her test we gave her a congratulations card and I told her she could take me for a drive. I think she was a bit surprised.
Her and Luke are celebrating their six month anniversary today so they've gone to the cinema. She's gone in my car, she was a bit worried about going but she mustered up her courage, Luke is beside her anyway.
It's a bit daunting to drive to the cinema because it does involve quite a long stretch of dual carriageway with a roundabout and a flyover along it.
She sent me a snapchat of my car all parked up safe and sound when she got there!
So another milestone in our house, they are coming thick and fast nowadays!
Posted by Bridget at 22:51