The scam that is car insurance!

We have spent most of this week looking at cars for Eden. We looked at a couple, looked up insurance and dismissed the car within five minutes of looking at it!

Eden's boyfriend was also looking at cars this week and on Wednesday evening he found one and bought it. He'd spent the day cleaning his inside and out ready to sell it.
As he didn't have to spend as much as he thought he would on his new car he offered his old one to Eden at quite a good price.
We knew the insurance would be fine as we knew what he was paying.
So Eden bought it. 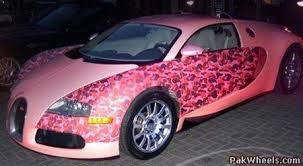 (Not her car, she would never buy pink!)
Luke was gutted he'd spent most of the day cleaning it only for Eden to have it!
On Thursday we rang up the insurance company that she'd got the best quote from.
The down payment and monthly payments aren't too bad.  We went halves on the down payment and we're paying the monthly payments,  she's paying her own petrol and Tax.
Honestly how youngsters can afford a car nowadays astounds me!
Her excess is £500 but if she "volunteers " another £450 it bring her insurance down even more.
Basically if she has an accident the car will be a write off.
It's costing us £1,366 to insure a car she bought for £500.
So we are paying for fully comprehensive insurance which is cheaper than third party, fire and theft for any third party involved in an accident with her because if she has any damage to her car it won't be worth claiming!
What a  crock!