The van has started leaking water, we can't complain it's been a few months since something went wrong on it. Back last year I think it needed repairs done every month!
We picked up the bit yesterday and Malc started undoing bits and bolts yesterday, there were a couple of stubborn ones so he put WD40 on them and left them overnight. Today he has worked on it for nearly five hours! It still isn't done, on one of the parts he has to get off to get the old water pump off, three out of the four bolts have sheared off and after trying for a couple of hours to get them off he's had to admit defeat!
He's put it all back together again, so we're no worse off than we were yesterday. At the moment we're filling the reservoir with water before we go anywhere and we have about five lemonade bottles full of water on us and it's necessary journeys only.
Saying that tomorrow Eden has her first paid singing stint in church and we're meant to be going out for a late Sunday lunch tomorrow as it's my birthday, we'll need to drive for both of them!
First thing Monday morning he will have to ring the garage and see how much they'll charge him for taking the old one off and putting the new one on.
Today I have done about five loads of washing and managed to get it all dry. A couple of the loads were dogs blankets and I changed two beds knowing I could wash and dry it all today as we had beautiful sunshine and a lovely breeze.
Clark and I made a birthday cake, 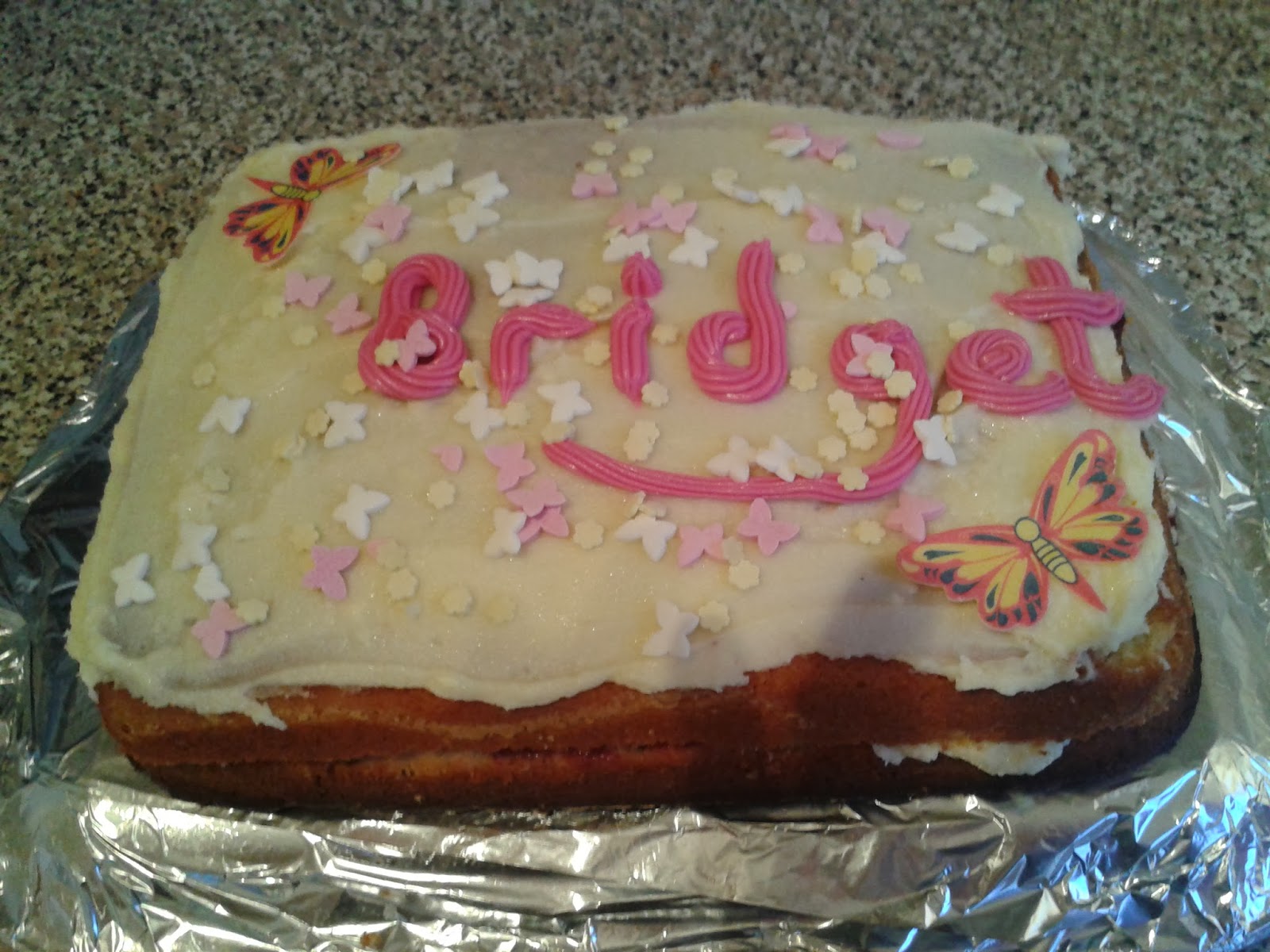 The icing isn't very central but it'll do!
Last night I finished this dishcloth, 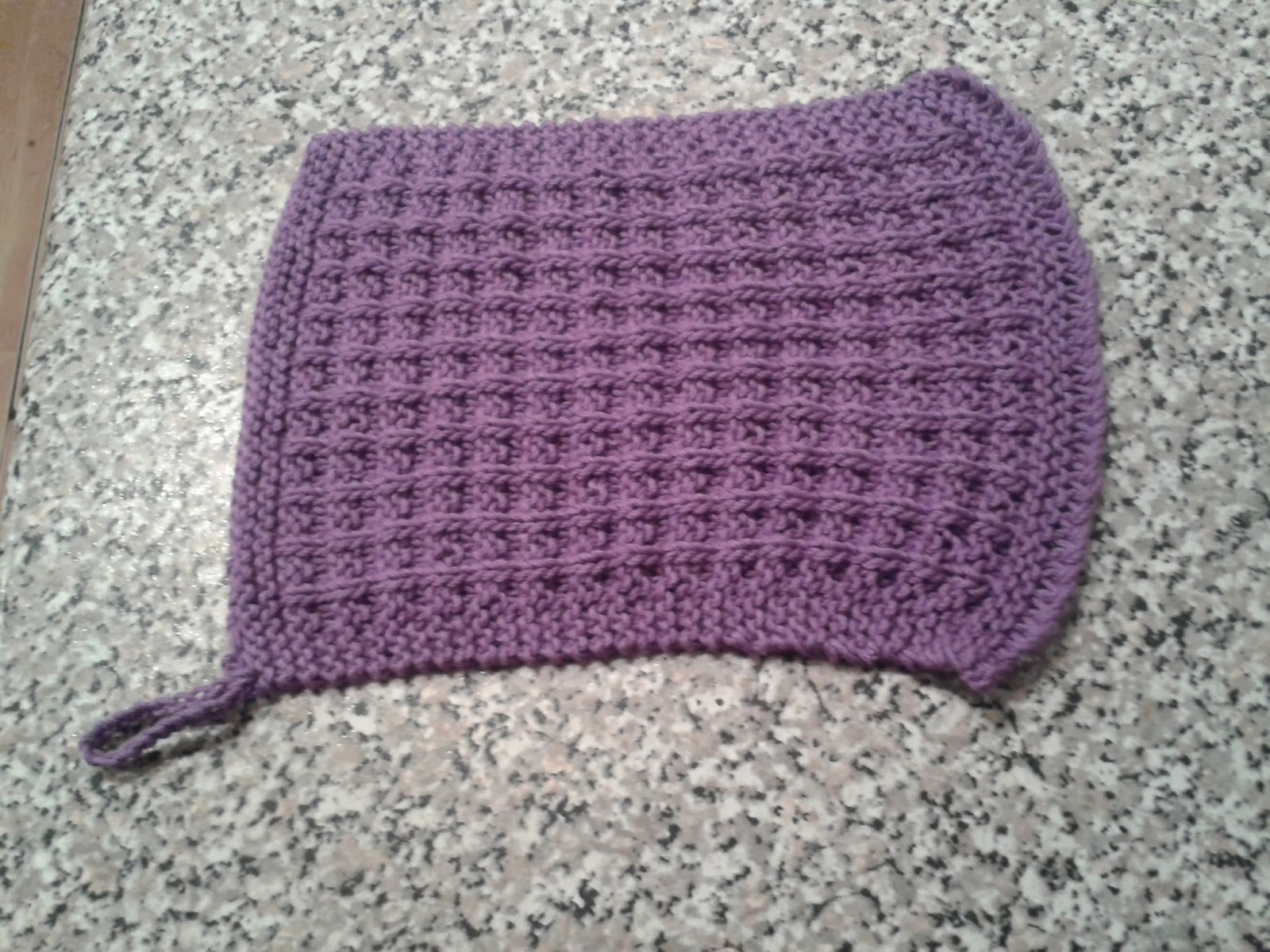 Here's a close up of the pattern. 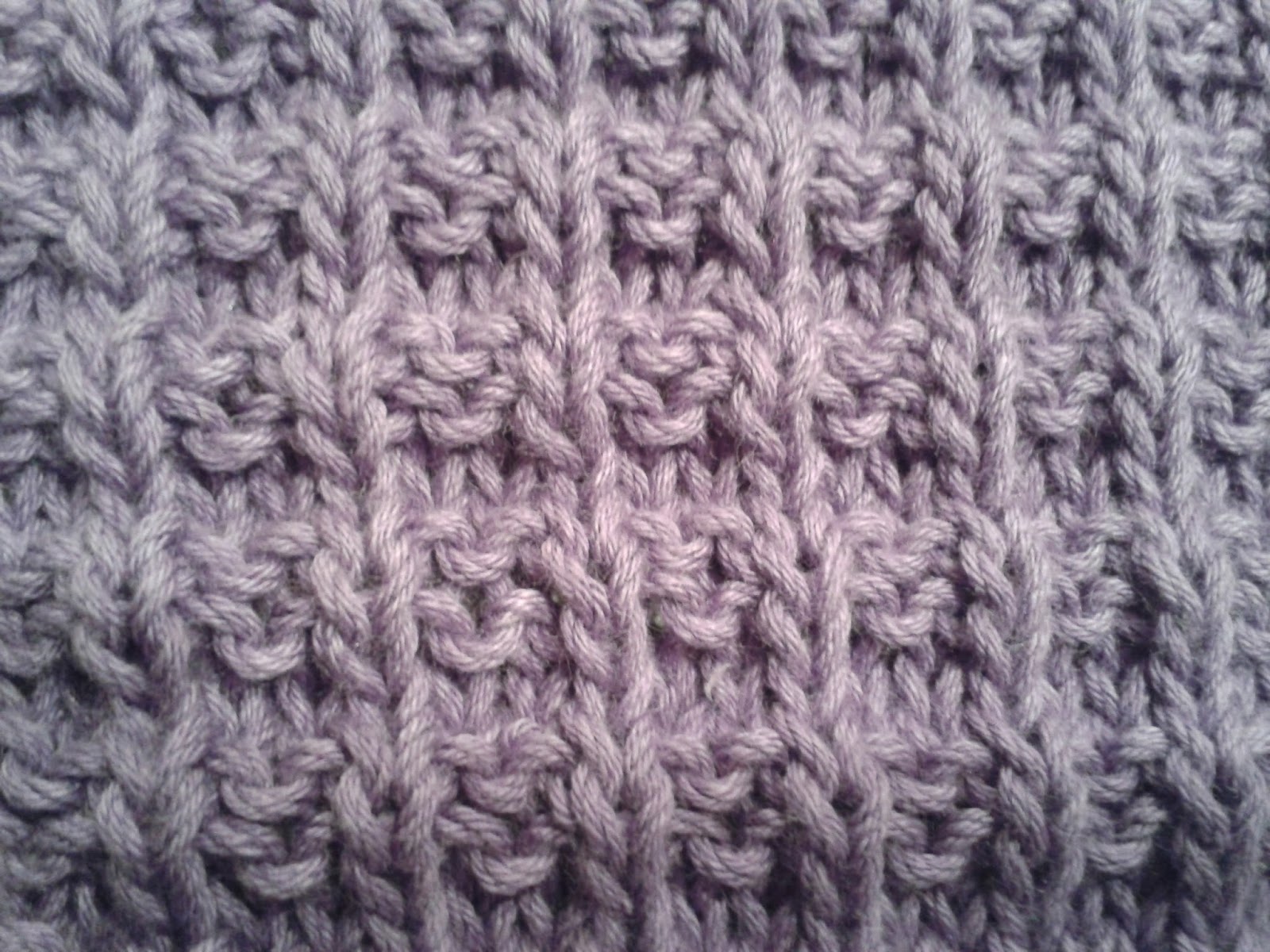 I've started on a moss stitch one, same colour.
I didn't get time to blog or read round any blogs last night so I'm off to catch up now.