My, I have got talented children!

One of Edens friends got her this for her birthday, 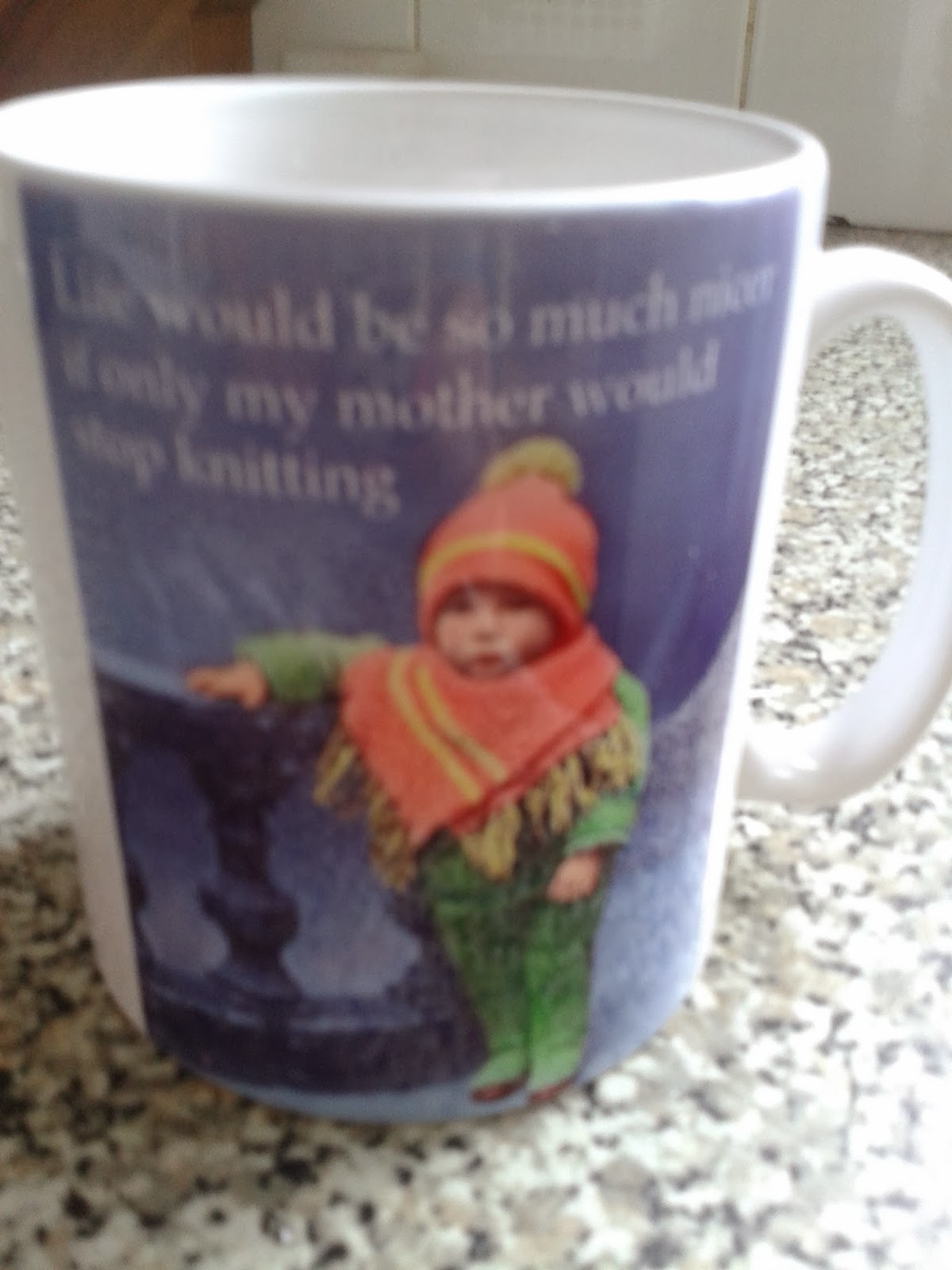 It's not the best picture because of the reflection but it says
"life would be so much nicer if only my mother would stop knitting"
The child is completely clothed in knitted garments!
This is funny because Eden stopped wearing anything I knitted for her several years ago. When she tells me that it's one of her friends birthdays and she doesn't know what to get them I do suggest that I could knit them something, she's never accepted this offer though! Can't think why!
Eden had an audition yesterday morning, a church has a paid position going for a soloist so she went along and sung "Amazing Grace" and another song, it was in Italian so I haven't got a clue what it was called! Anyway she got the job, she has to sing every couple of weeks starting at the end of February and she'll get paid £30 for the privilege, so she was chuffed.
We had a quiet afternoon and then we dropped Eden off at church for a rehearsal as her youth group were putting on the evening service. We gave the dogs a lead walk around the roads for about an hour and then we went back to the church for the service. It was really good and quite funny in parts.
Today has been housework and schoolwork. I nipped into town to get voucher for my friends as it's her birthday tomorrow. I've also knitted her some welly tops and some bedsocks.
Malc, Soloman and Clark have gone to Cubs so I'm going to read some blogs and maybe do a row or two of knitting.
Posted by Bridget at 19:42