Not even going to talk about the weather! We didn't have any damage even though we've had really strong gusts of wind most of the night and all day today.
Malc and I woke at the normal time of just after 6-30 am. Let the dogs out, had a cuppa in bed, watched some news to see if anything other than the bad weather and Olympics are happening,  there isn't! Then we settled back down to sleep, the boys didn't wake until 9-30am so we all got up feeling very refreshed.
Malc forced   offered to show Eden how to make a late fried breakfast/ early lunch, which she did whilst tweeting. Then she snap chatted the pictures of it to her friends! I think she would actually lose the will to live if she was ever parted from her phone!
After clearing up we settled down to watch a film "The Philadelphia Experiment" It was really good, as usual I knitted away whilst watching and I've managed to finish this 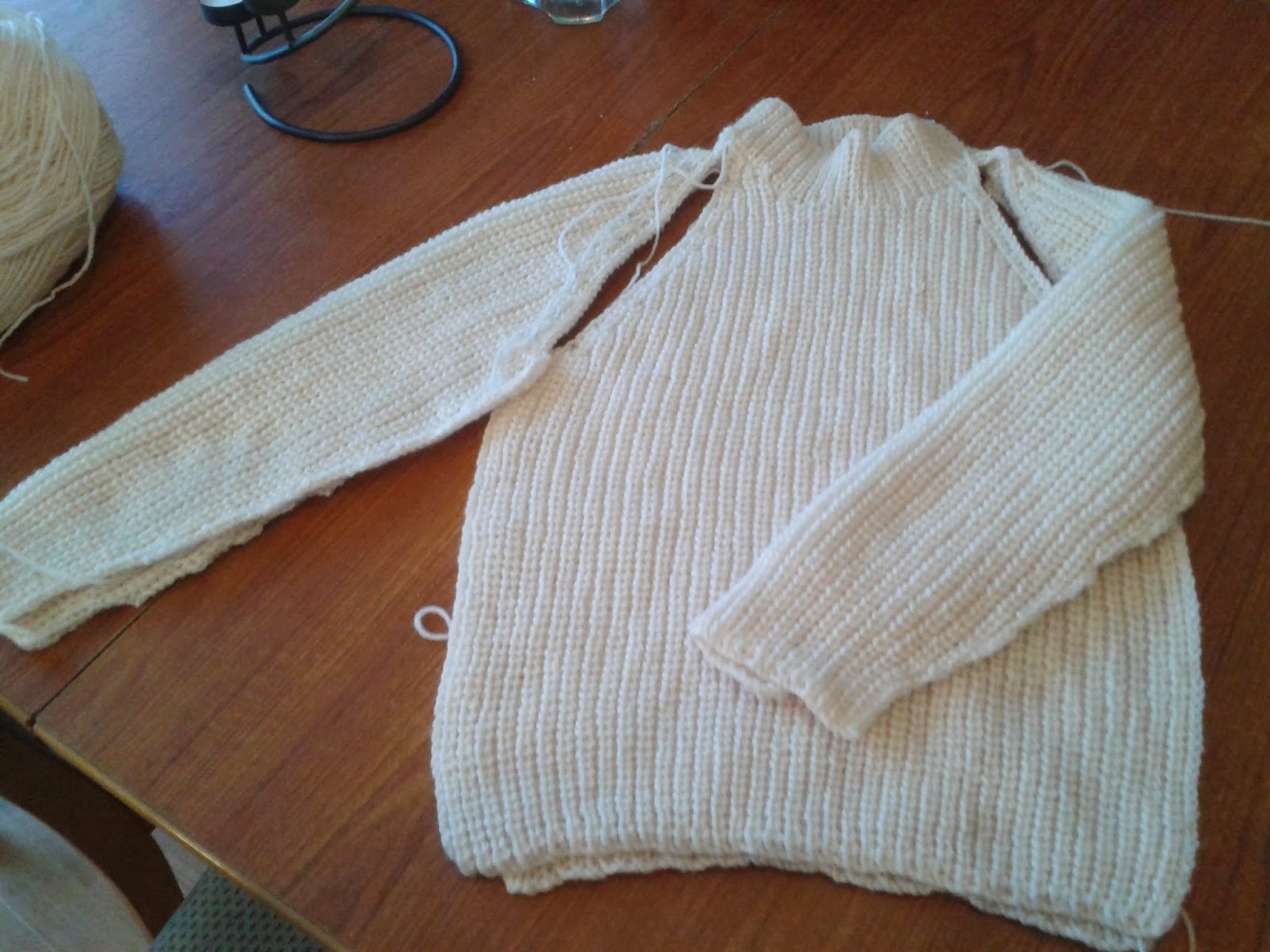 I've just got to sew it together but I'm going to wait to do it tomorrow in the natural light, I hate sewing anyway let alone having to struggle in electric light! I don't know why but I find it really makes a difference.
After tea I'm going to start on another order I've received for bedsocks, the pattern is for double knit but I've got lots of cones of 4ply so I'm going to use two together to get the right thickness, it also mixes colours and some of them knit up really prettily. 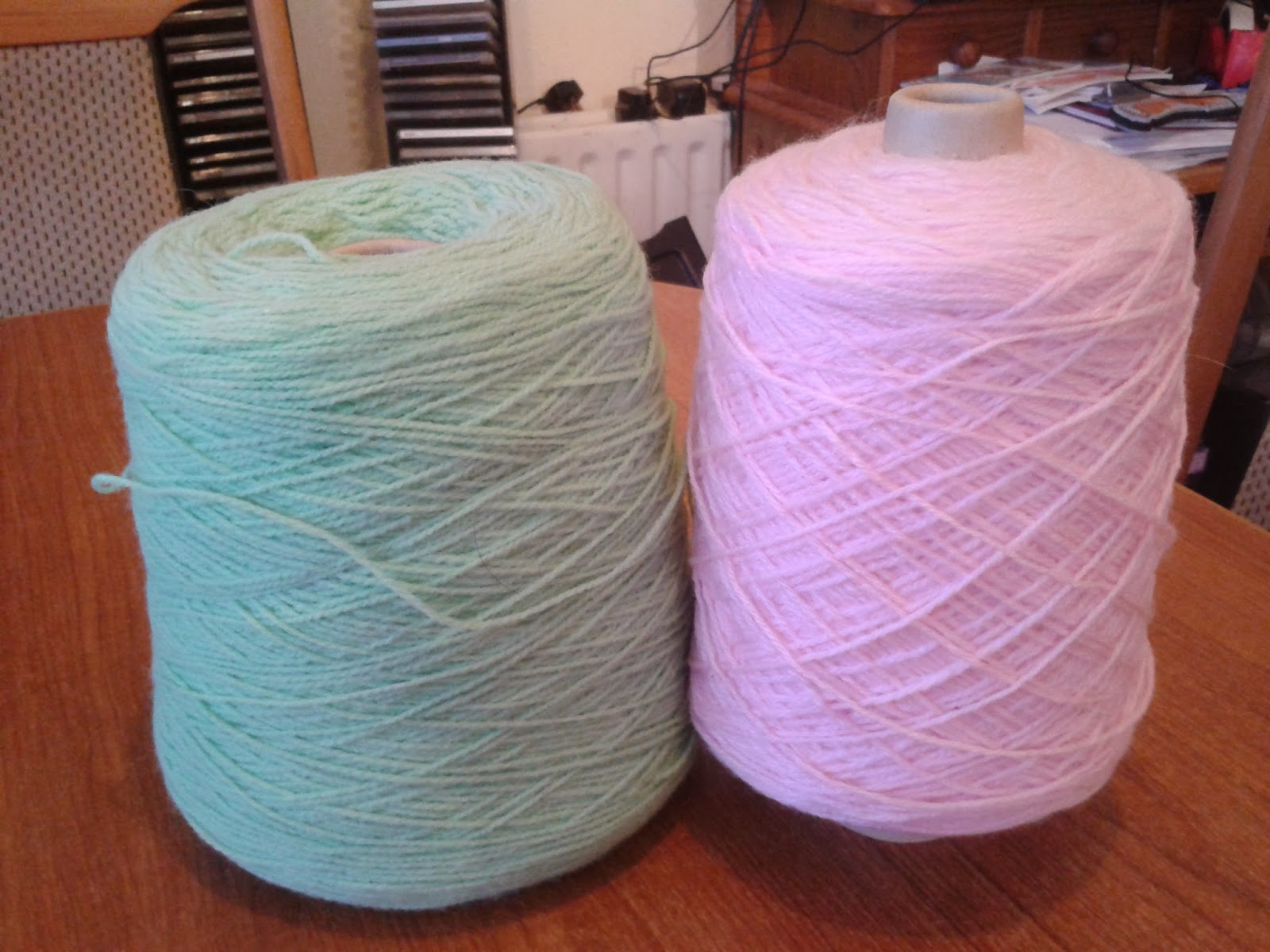 This green and pink should look really nice once knitted together.
I'm off to nose around blogland to see how other people have spent the day!
Posted by Bridget at 17:28