Yesterday we had beautiful blue skies and warm sunshine. Malc and the two eldest boys managed to fix the fence panel and get it secure, it was much needed as the dog at the bottom of our garden got through a gap in our neighbours fence and then got through the gap in ours. It was a lovely bouncy spaniel who jumped up at my washing line and got all my washing covered in muddy footprints! Callum took him back home but the owners weren't in so he left him in their garden.
Later on before the panel was fixed our dogs were out and the spaniel poked his head round the broken fence at the bottom of his garden and my dogs were gone! It was party time with dogs  running round all three gardens! So the fence became a matter of urgency, I figured once the dogs had been through once they would be going through again now they knew the way.
Whilst they were repairing that, I made this 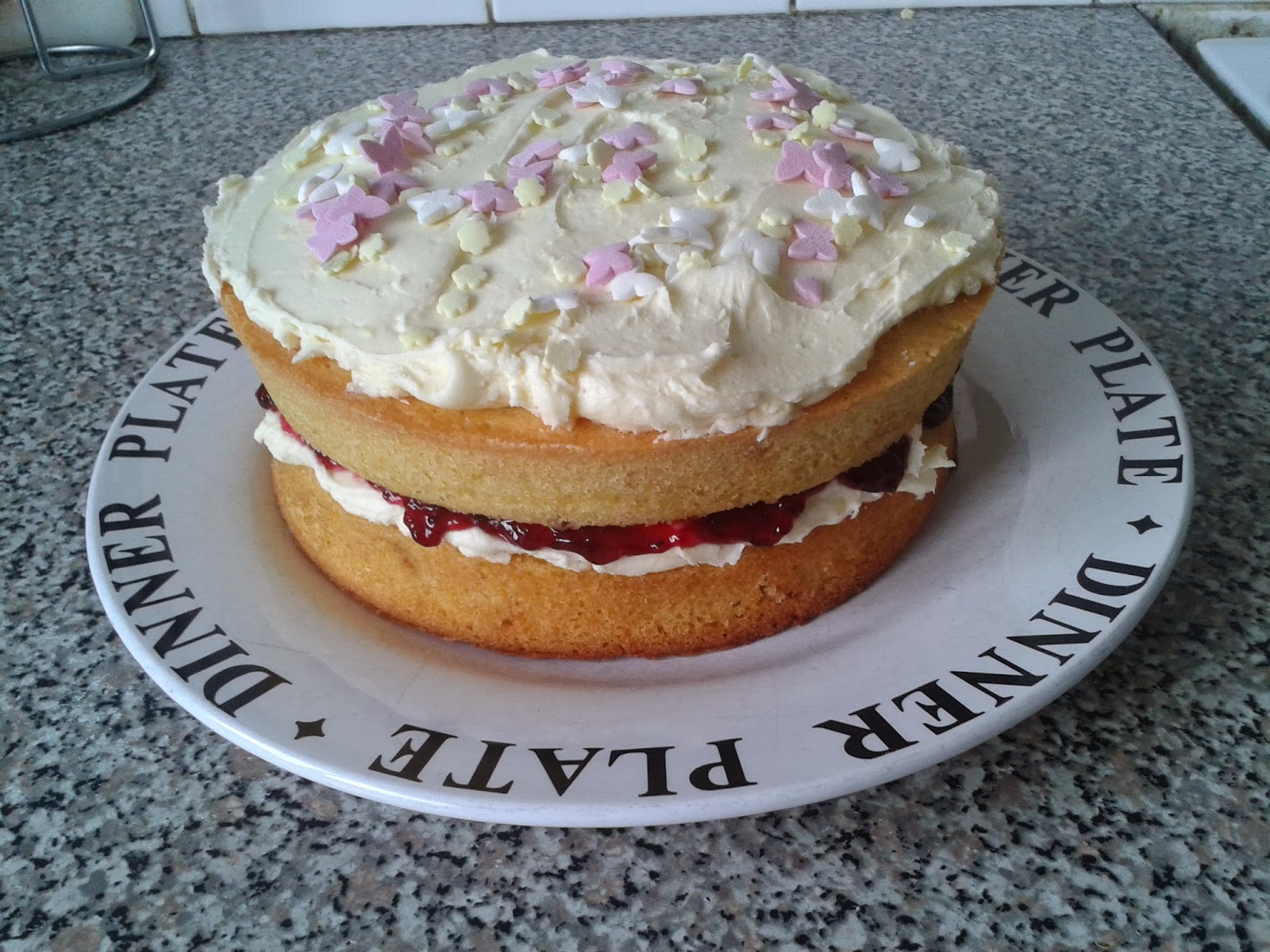 We had a roast dinner last night followed by a slice for pudding.
Eden had cell group at her church last night so she walked up to it as it is up the road where it's shut off to traffic and Malc and I took a dog each and walked up to meet her, which was lovely as the skies were lovely and clear and we had a romantic walk up the road which was eerily quiet with no cars going up and down,  looking at all the stars.
Today has been the usual beginning of the week housework, ironing and mundane stuff. Just off to make tea and see what's on TV tonight!
Posted by Bridget at 16:32