The windows rattled, the fence blew down and the garage door blew off! Our local bridge across the harbour flooded and loads of local roads were closed. There was talk of shutting the second bridge and the main road that is the only way into where we live as the other road is closed due to the roadworks thankfully that didn't happen. 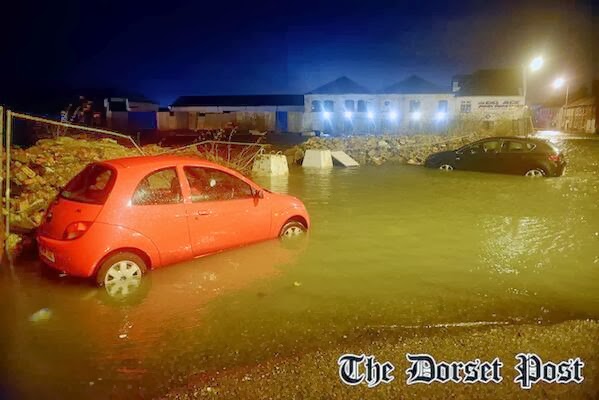 This picture was taken literally the other side of the bridge where our local rowing club is.
The man over the road had his neighbours garage roof end up on his car. It wasn't pretty, I couldn't settle until everyone was in, the road that was going to be closed was the only road Malc could come home on, it's right next to the bay and it's notorious for accidents when it's windy, as big as our bus is, it gets blown and you have to fight the steering wheel. They got in at 9-30 pm just before high tide which was at 10pm.
Malc slept downstairs with the boys as Cody was very worried. Soloman slept in with me and we all got to sleep about one o'clock. I don't think I've ever been as worried about our safety as I was last night. It was nowhere near what we've seen on the TV, I honestly don't know how those people are coping, it must be soul destroying!
Onto other news, the puppies went for their checkup this morning, all is well. A daughter was picked up, brought back home, fed and taken into town to meet friends. She's on another sleepover tonight, we pick her up again tomorrow dinnertime.
Malc has bought a new hasp for the garage to keep the doors together, unfortunately he couldn't fit it as he needs his electric drill and it's raining. We're hoping we can fix the fence  panel as it came off pretty whole. We usually wait for the landlord to do it but last time it took six weeks and was very stressful as our neighbours have dogs so we have to check they're not in the garden when we go out, they are Russian Terriers and are the smallest things, they really wouldn't even be a mouthful for our dogs!
I have also sewn this up 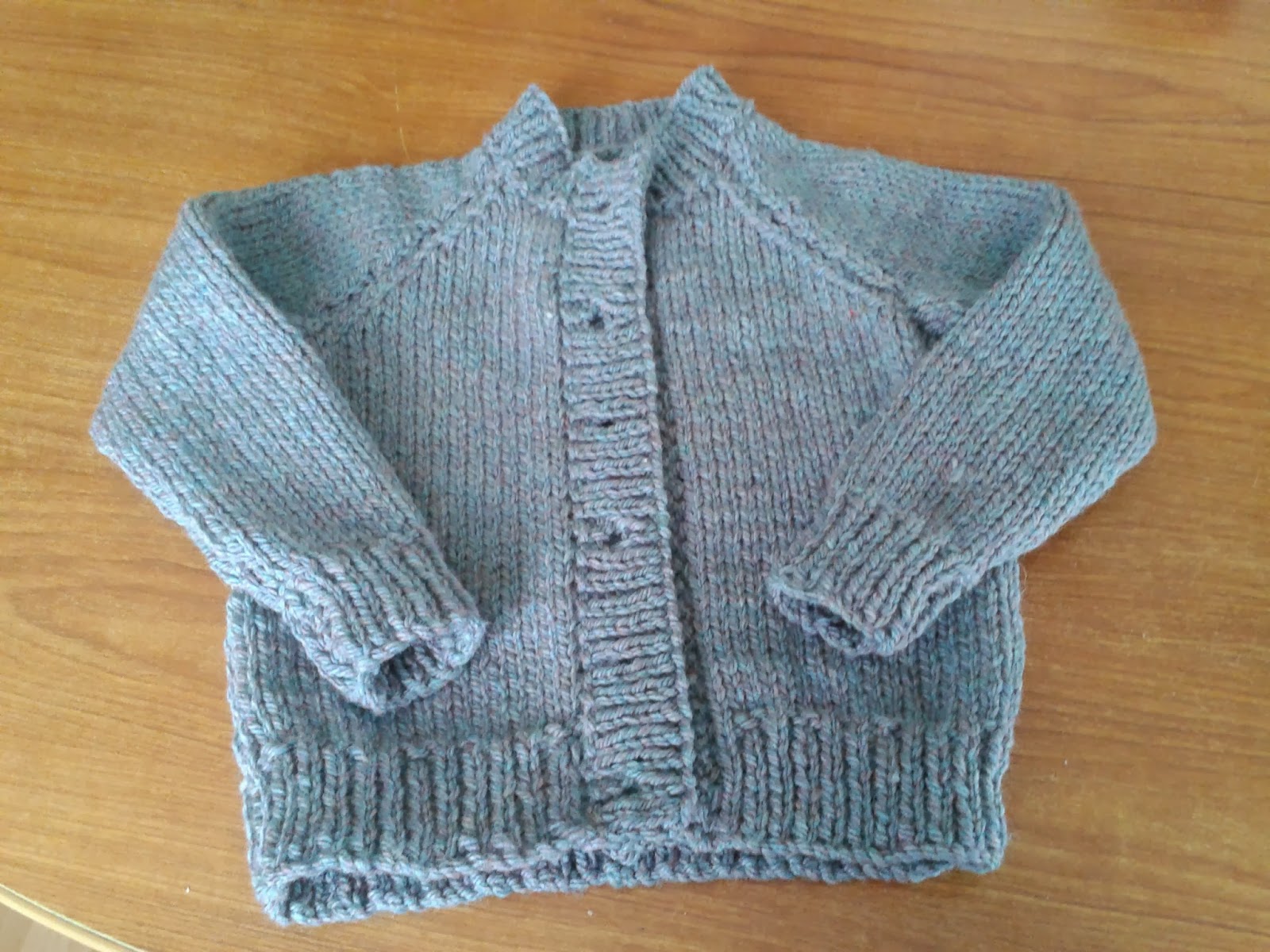 I've got to get some buttons, I have some lovely green ones but when I looked them out I only had five and I need six!
I've started on this one for the other lad who has a birthday in March, 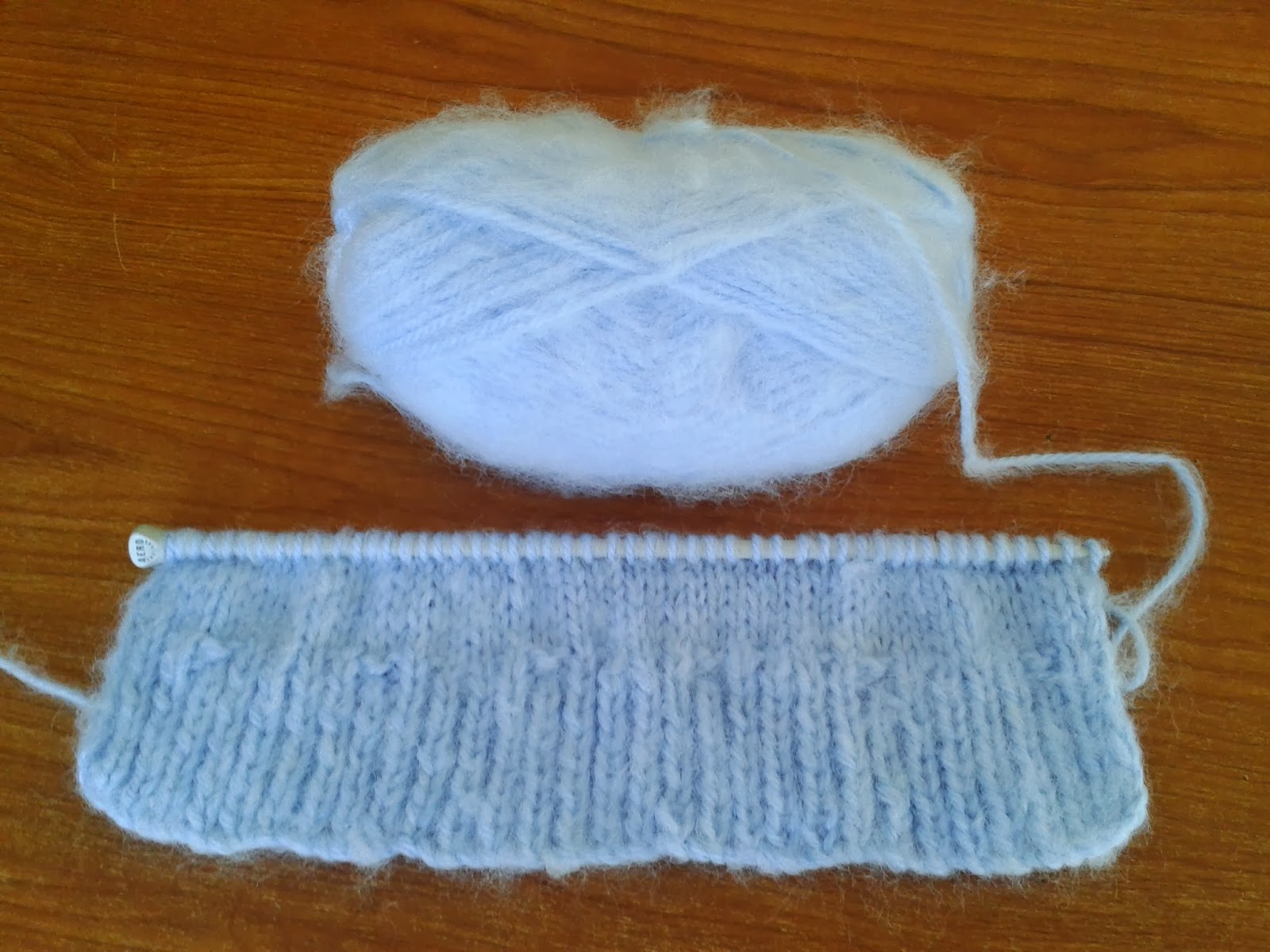 The wool is a lovely pale blue brushed chunky. I do love chunky wool, it grows so quickly.
I think we'll all be having an early night tonight as everyone (me included) is very grumpy today. Hope everyone kept safe, I'm just off to read round some blogs to see how everybody fared.