Another chef in the house.

This morning Soloman and I did some cooking. We made some chicken pies and added some tinned peas and carrots to them.
I made the pastry and Soloman mixed the chicken and veg in a bowl. Then when I'd made the bottom of the pie he put in the filling and milked round the edges. He also had a go at cutting round the edge of the tin to trim the pastry. 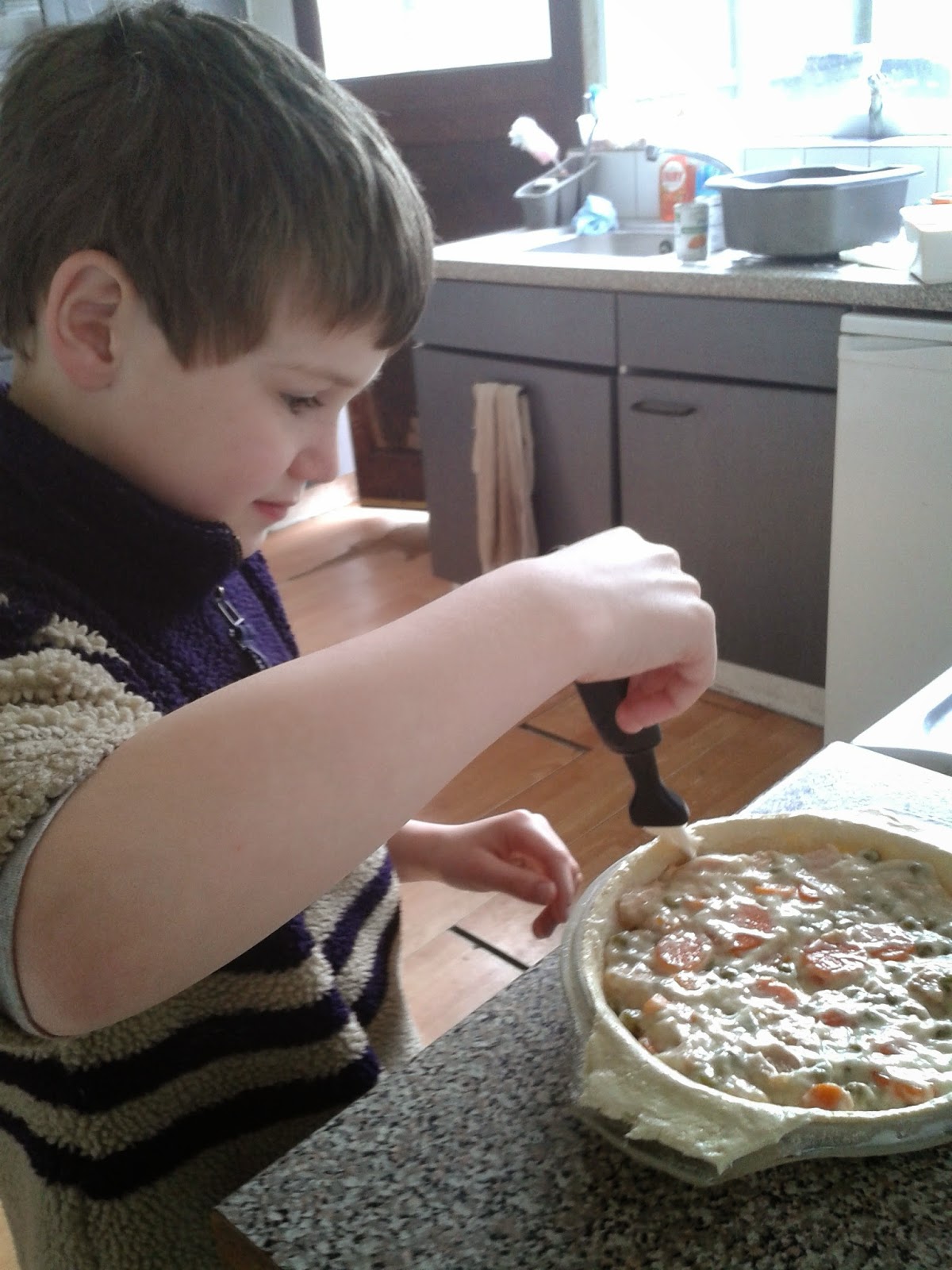 Excuse the background in the next picture, eight year olds are not known for their tidiness in this house! Apparently it's creative to be messy whilst you work! 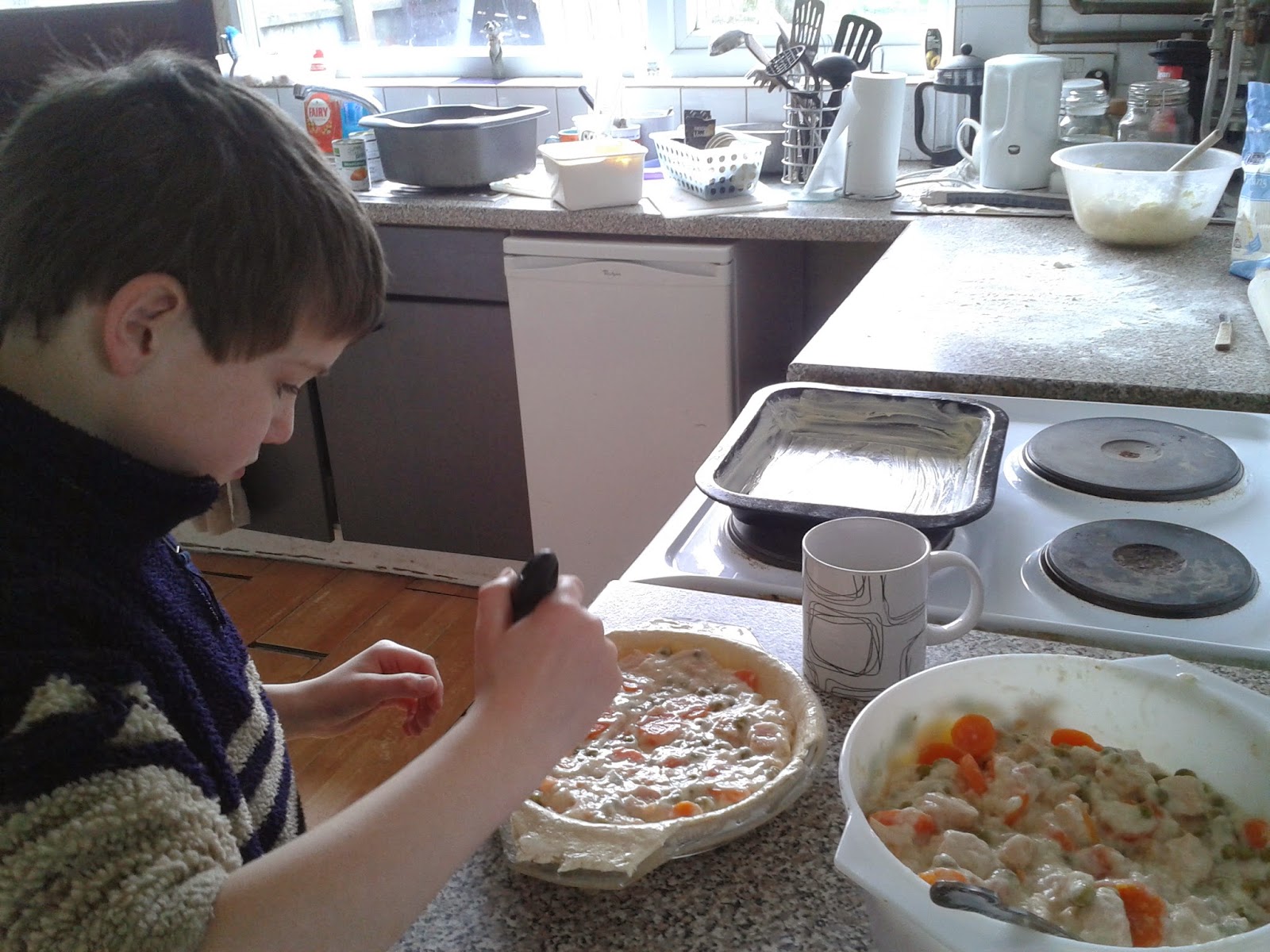 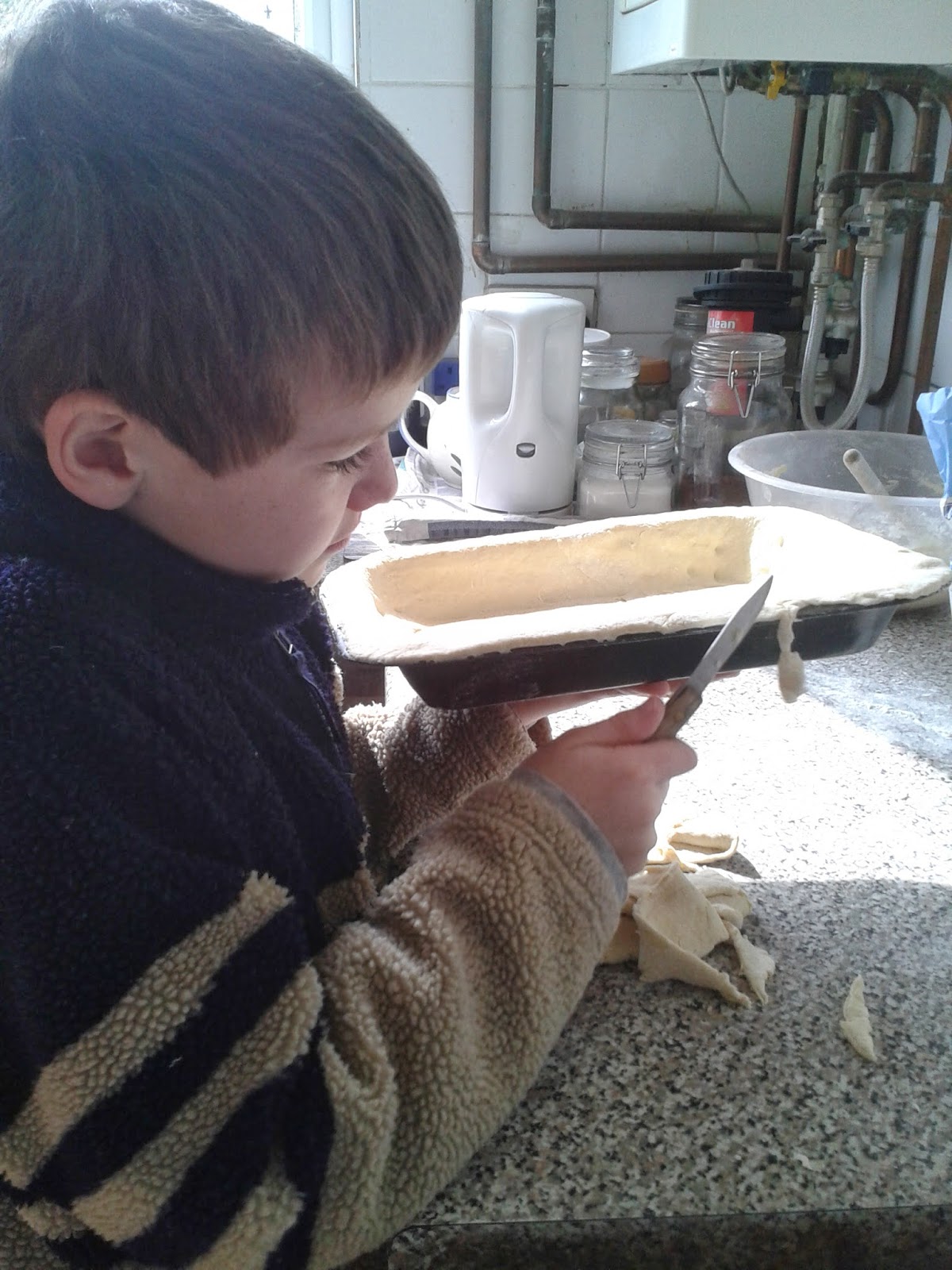 Once I'd put the pastry lid on he had a go at trimming the edges of the pastry again. I had my heart in my mouth when he did the biggest pie as it was quite heavy and I could see it being dropped on the floor, but he did it. 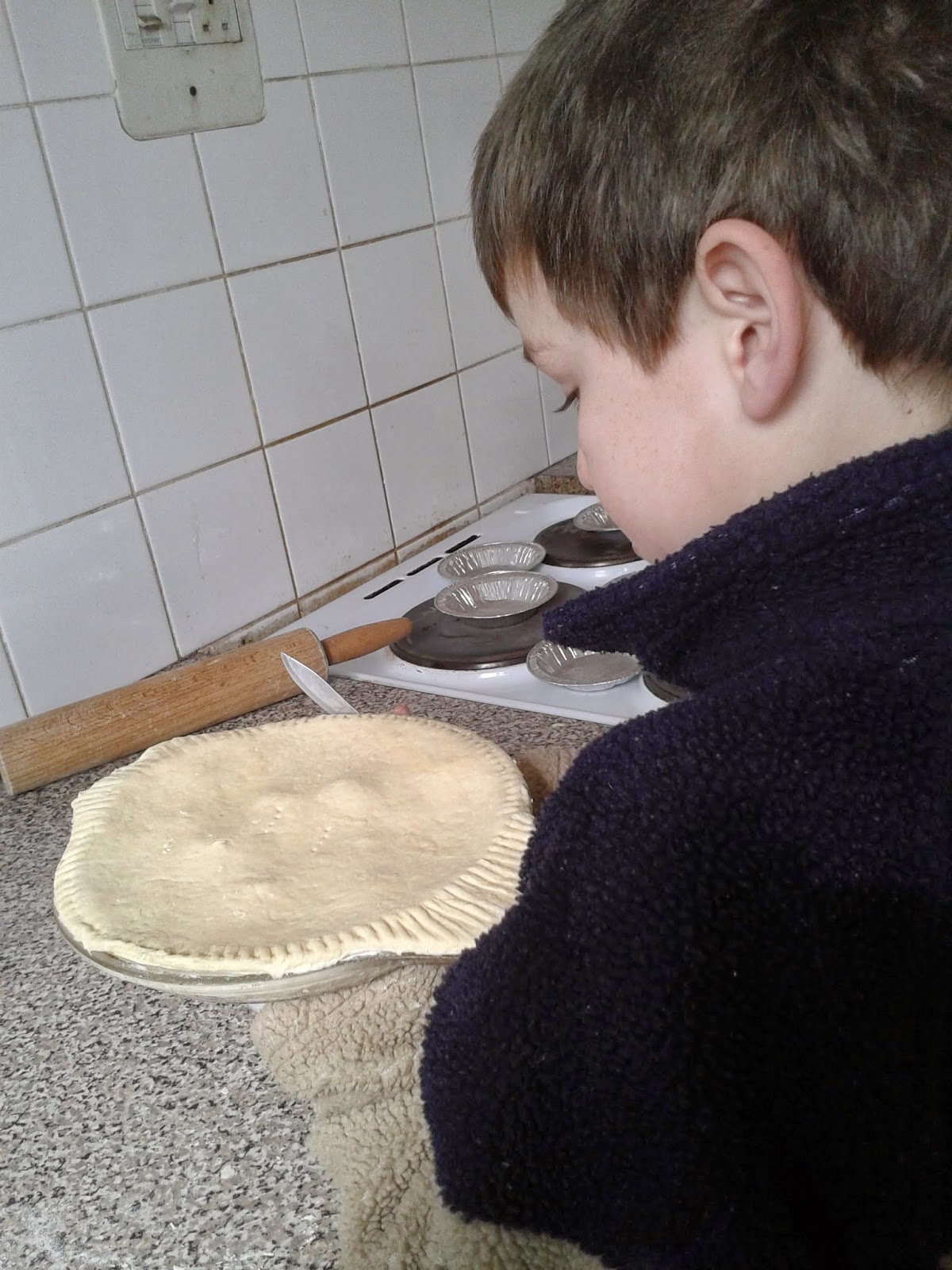 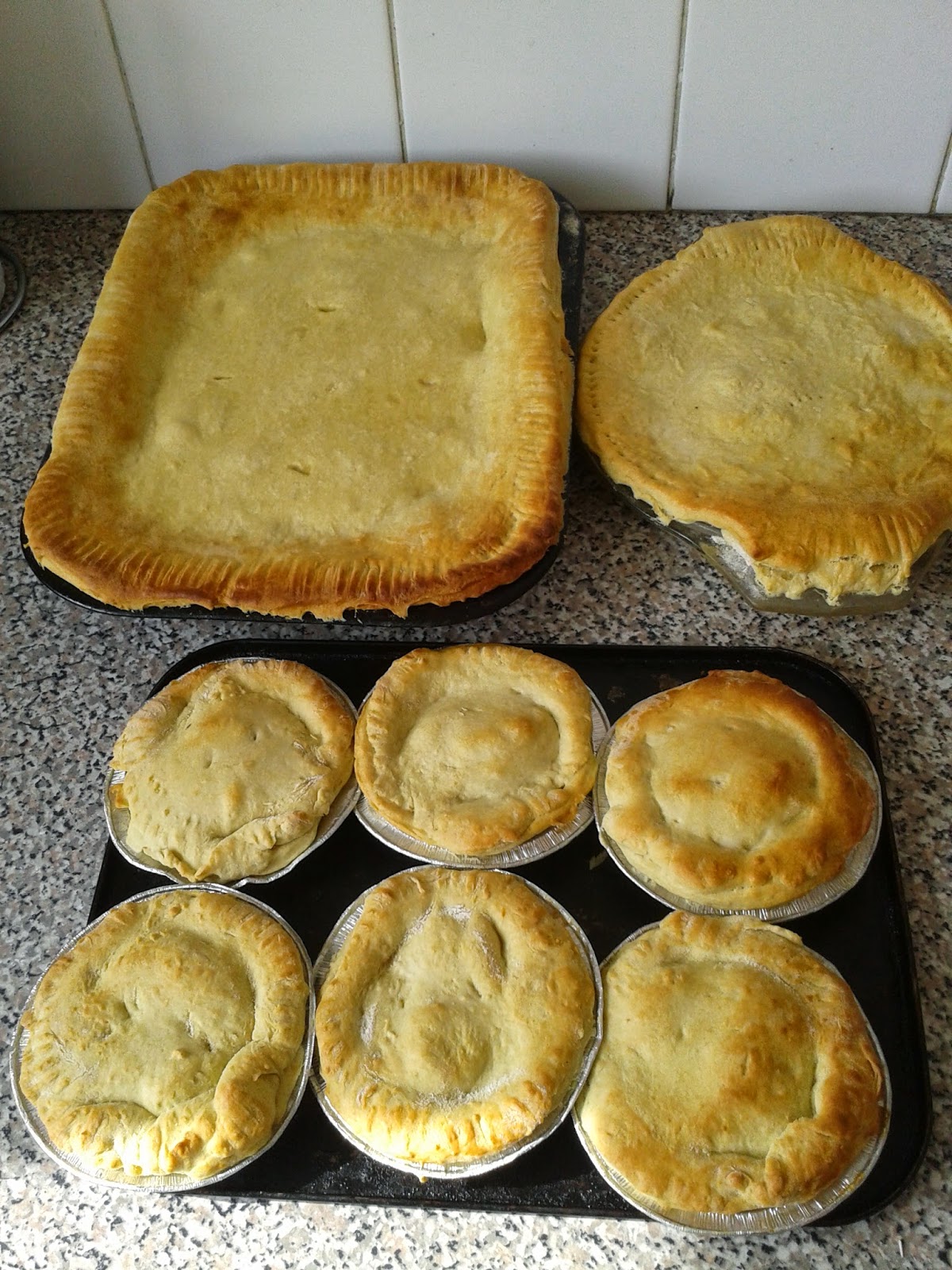 The round pie was for Mum and Ed which they had for lunch and I've already had a report back that it was delicious.
The huge one is for tomorrow's tea and the little ones were eaten dinner time. They were still warm and were rather lush even if I do say so myself!
This afternoon, Callum looked after the two youngest and we went shopping with Clark as he needed new shoes.
I also went into town to put Edens singing cheque from Sunday into her bank account. Unfortunately it was dated for 2013! She's going to have to get it corrected. Oops!
Posted by Bridget at 16:10