I haven't done any knitting for two days, we've just been so busy.
Last night Clark and Soloman put on a show with their Cub pack to earn their Entertainment badge. We were treated to songs and sketches, a cup of tea and biscuits.
Here they are with their newly acquired badges 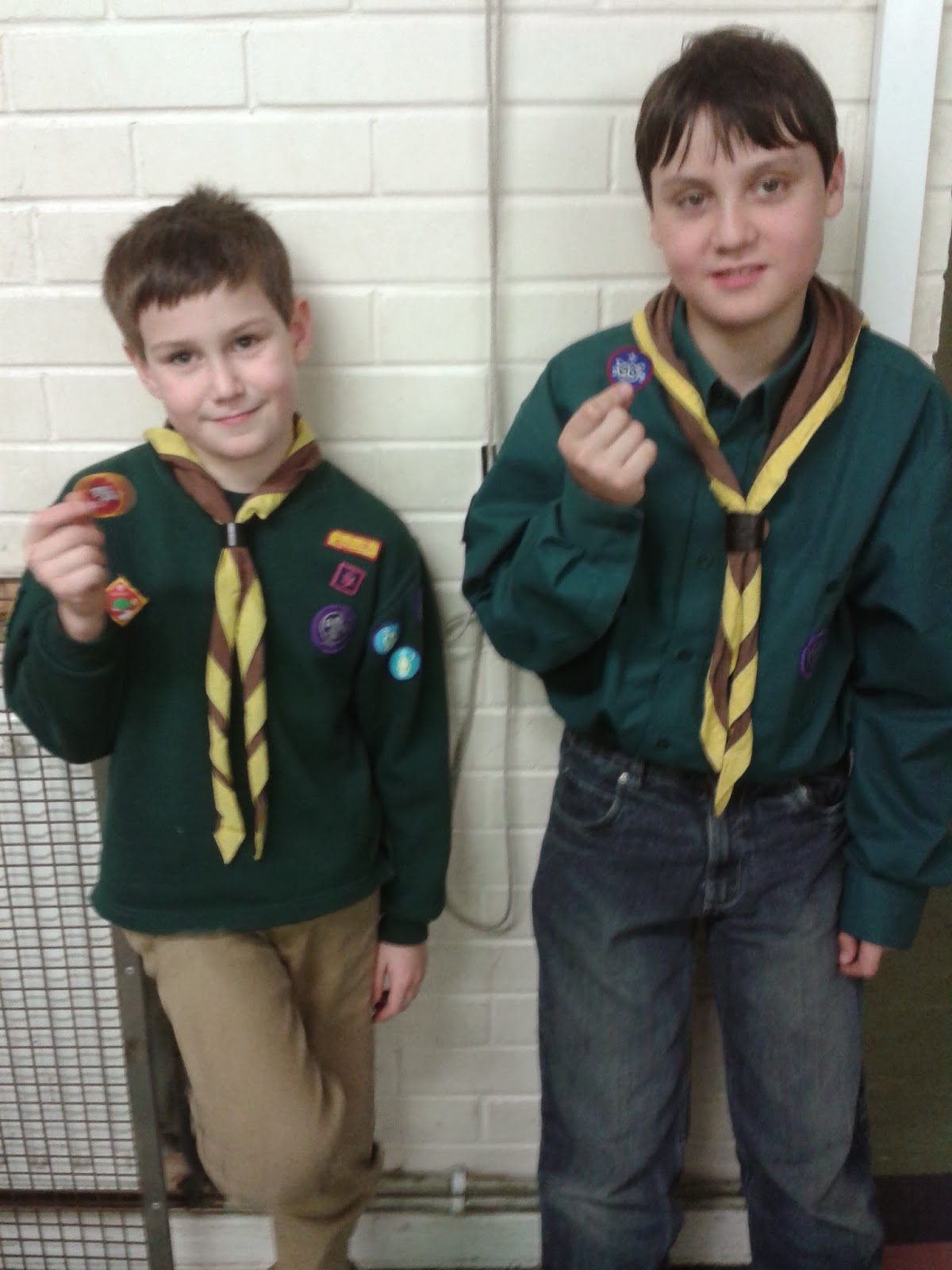 It was really good fun and although I was never a girl guide I knew most if the songs, I don't know how!
Clark is having a run on crocheting hats at the moment and due to a lack of female models in this house had to pose himself for me to take a picture.
Hat number one 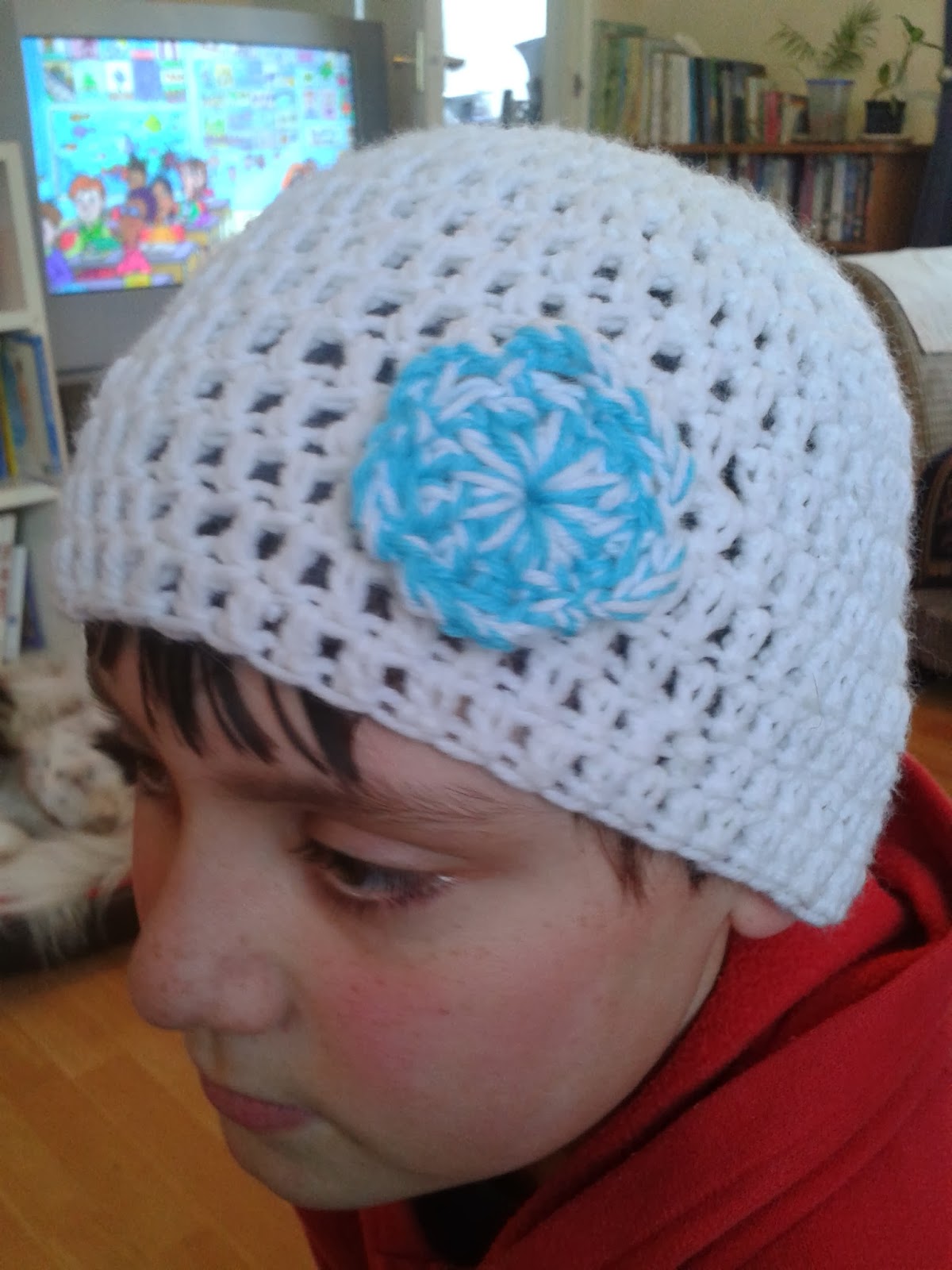 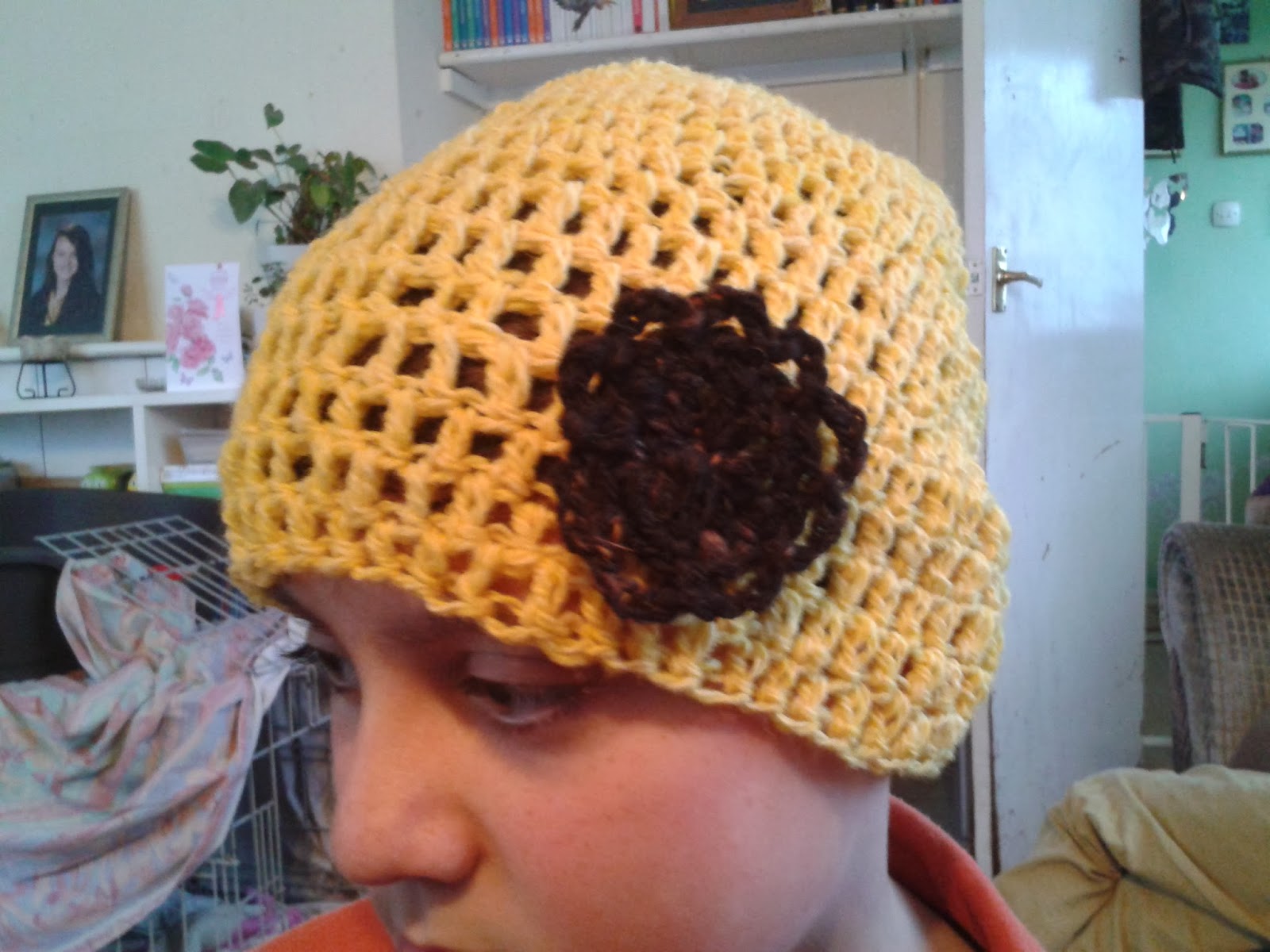 He loves doing these and can do them without looking at the pattern now.
We had some lovely sunshine yesterday afternoon and to prove it I took a picture of the puppies laid in a patch of sunlight on the kitchen floor 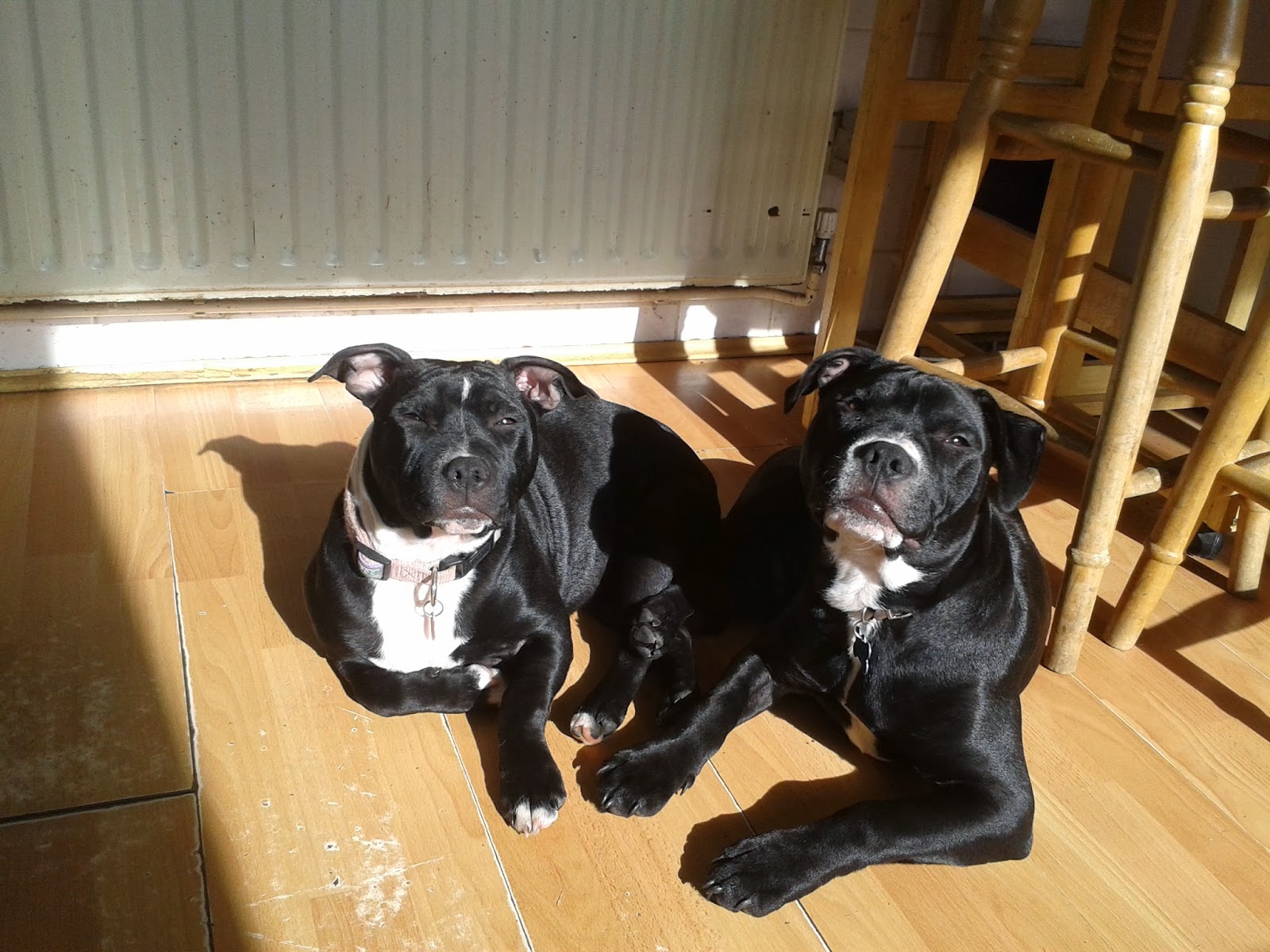 They quite often do this.
Eden's at a Bastille concert tonight, she's gone to her friends straight from school, they're going to the concert and then she's going back to her friends to stay tonight and going to school tomorrow from there.
The road which has now been shut off for several weeks will hopefully be opening tomorrow morning which is really good news.
I'm hoping to get some more knitting done tonight, I've done the back and I'm halfway up the first sleeve but it's taking me much longer than usual because of concentrating on the pattern. I can't tell you how many times I'm interrupted! 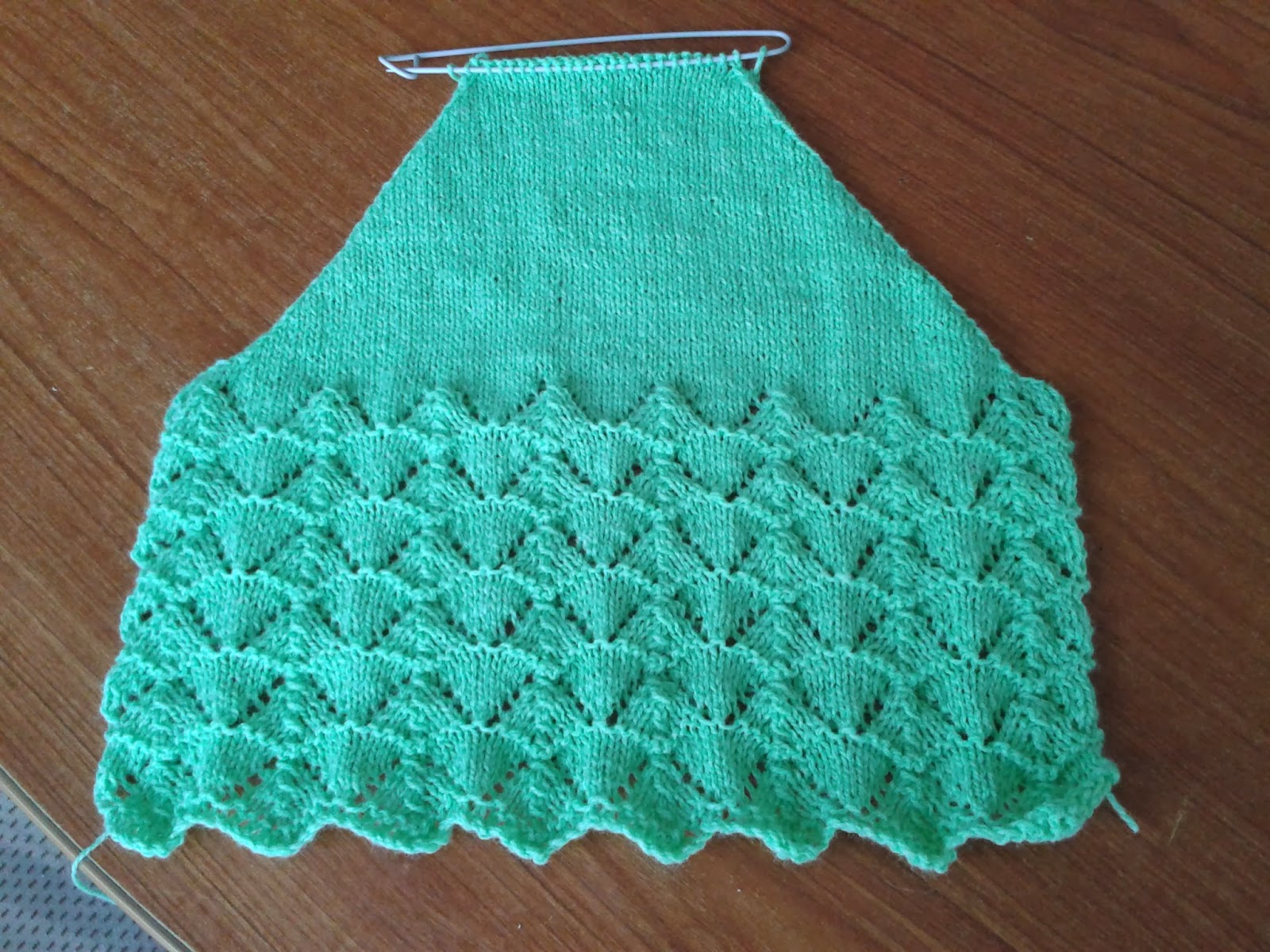 A close up of the pattern 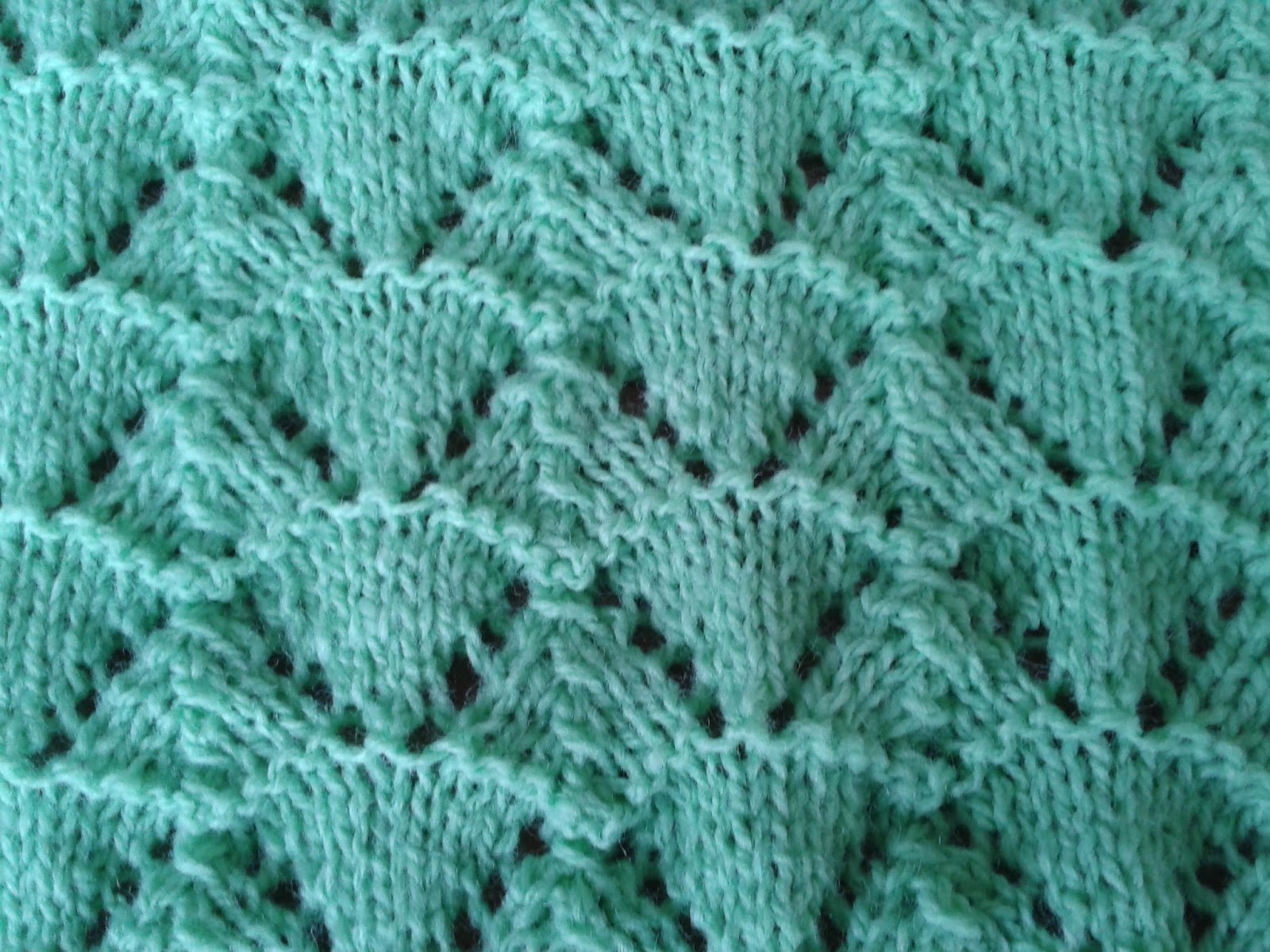 It does come up lovely.
Now I'm off to make up some pancake mixture to feed my hungry boys. If you're lucky and I can get a picture before they're eaten they might be on tomorrows post!
Posted by Bridget at 17:00