Tulouse, Tula for short is a cross breed between a Bichon Frise 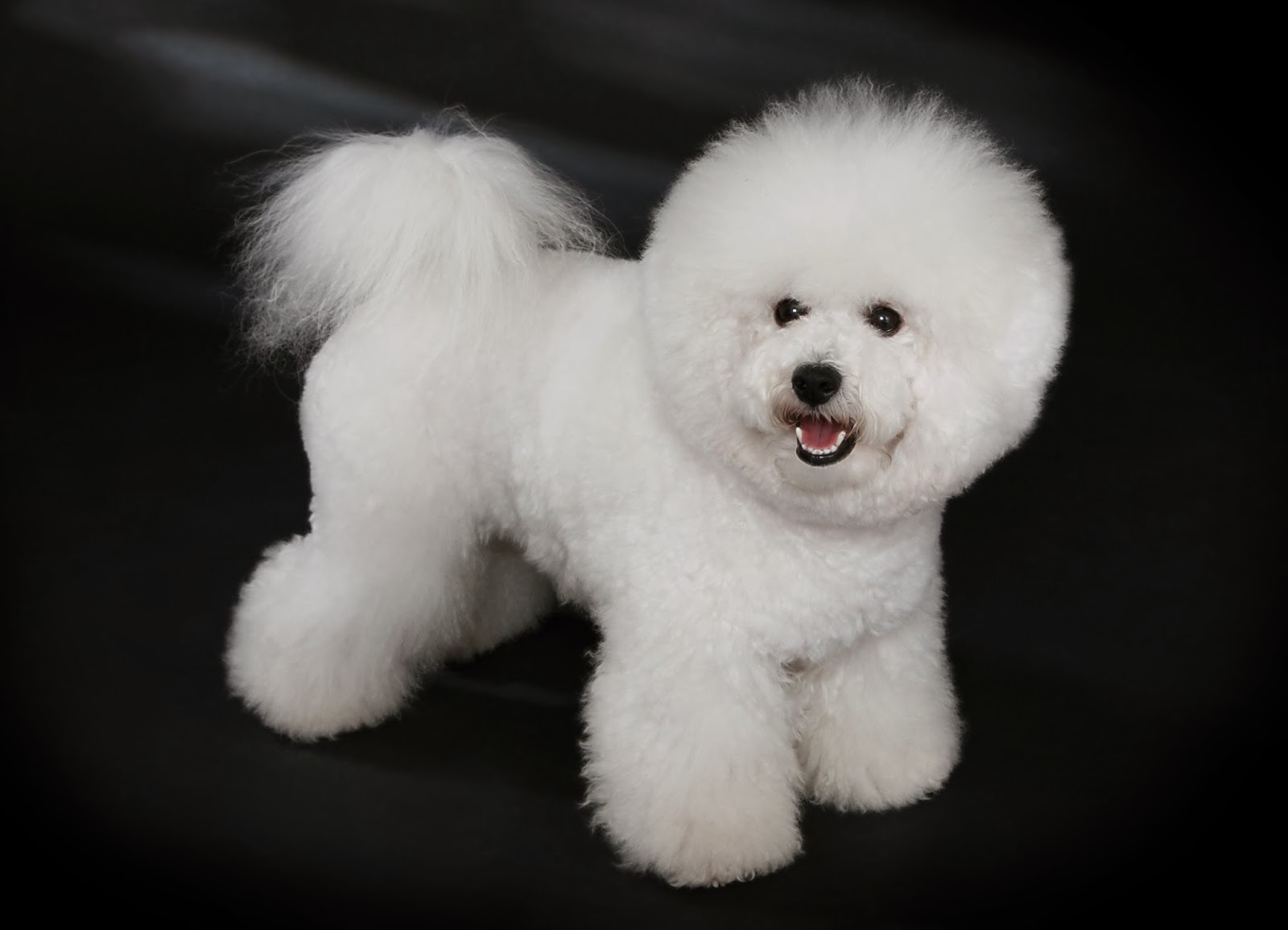 and a Yorkshire Terrier 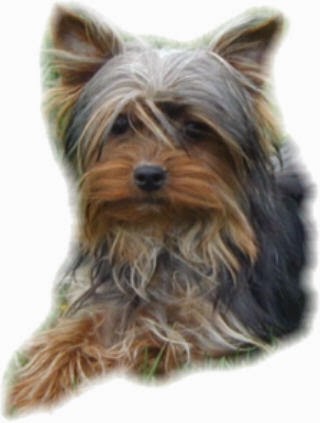 The result is this 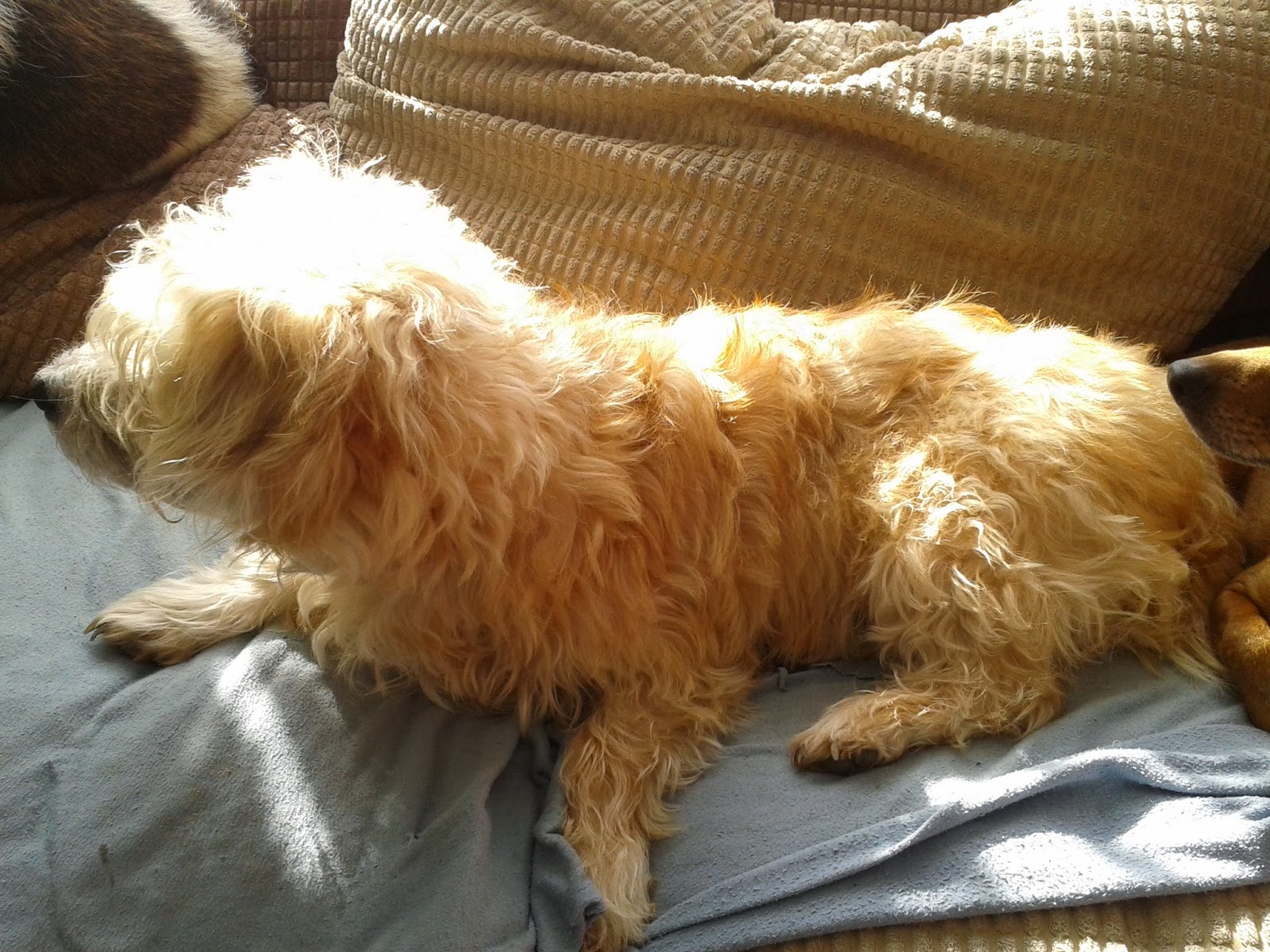 Or this when she's clipped 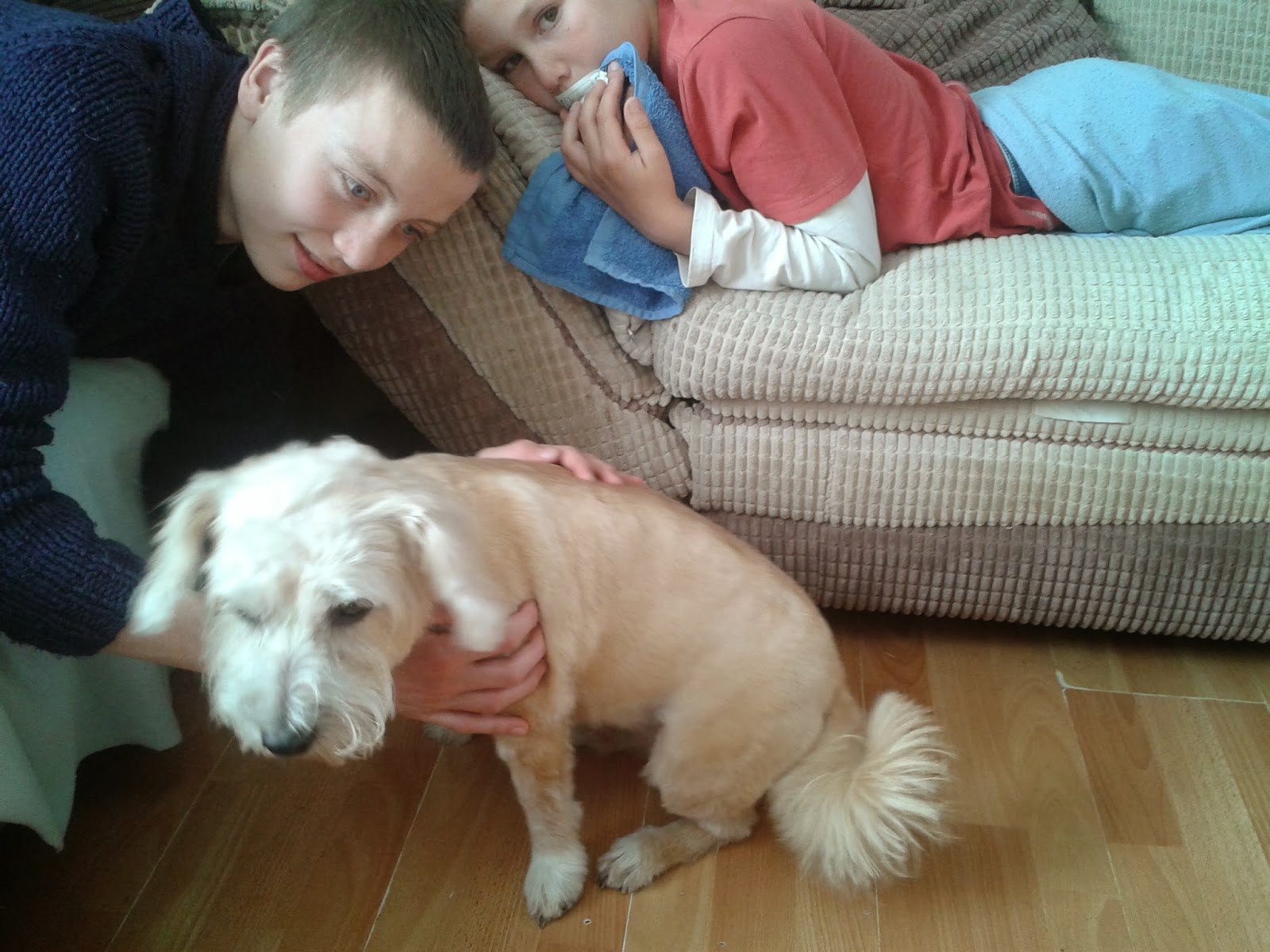 Which judging by the first picture looks about due!
She's called Toulouse because Bichons originate from France, Tulouse is a place in France!
She was seven years old on December 28th last year.
She's a really friendly little dog who is brilliant with any dogs she meets, she doesn't chase balls or sticks but her recall is fantastic. If I want the dogs to come back to me Tula is the one I call and the rest of the pack follow.
I use two commands for recall either "come" or "leads on". The second command is used when the walk is coming to an end or if we see other dogs coming towards us on their leads then we tend to put ours on too.
Somebody asked in a comment last week if the dogs slept in a heap and I said they usually slept in twos and threes, but today I took a couple of pictures of them sleeping like this!
This one of five of them all together 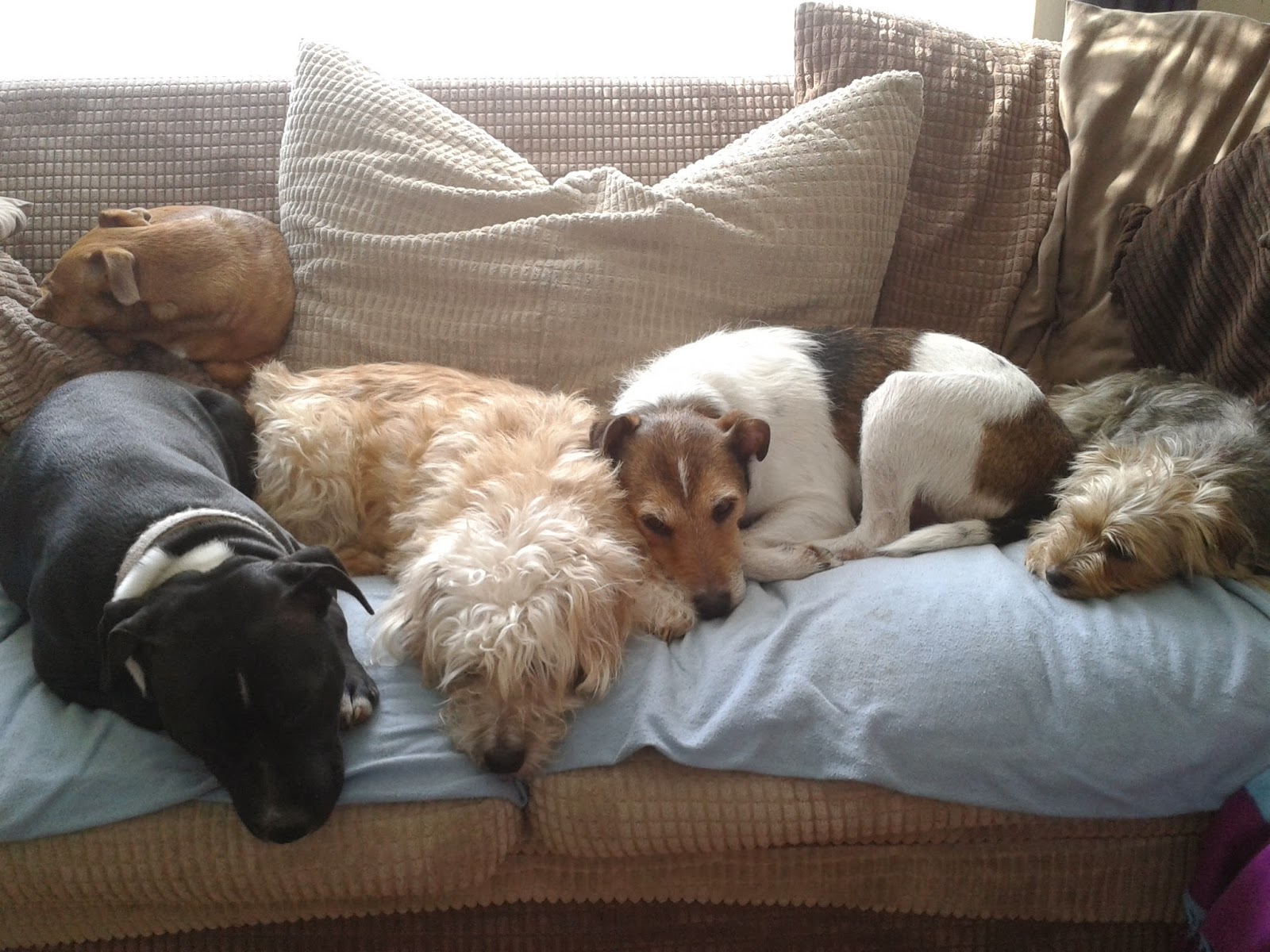 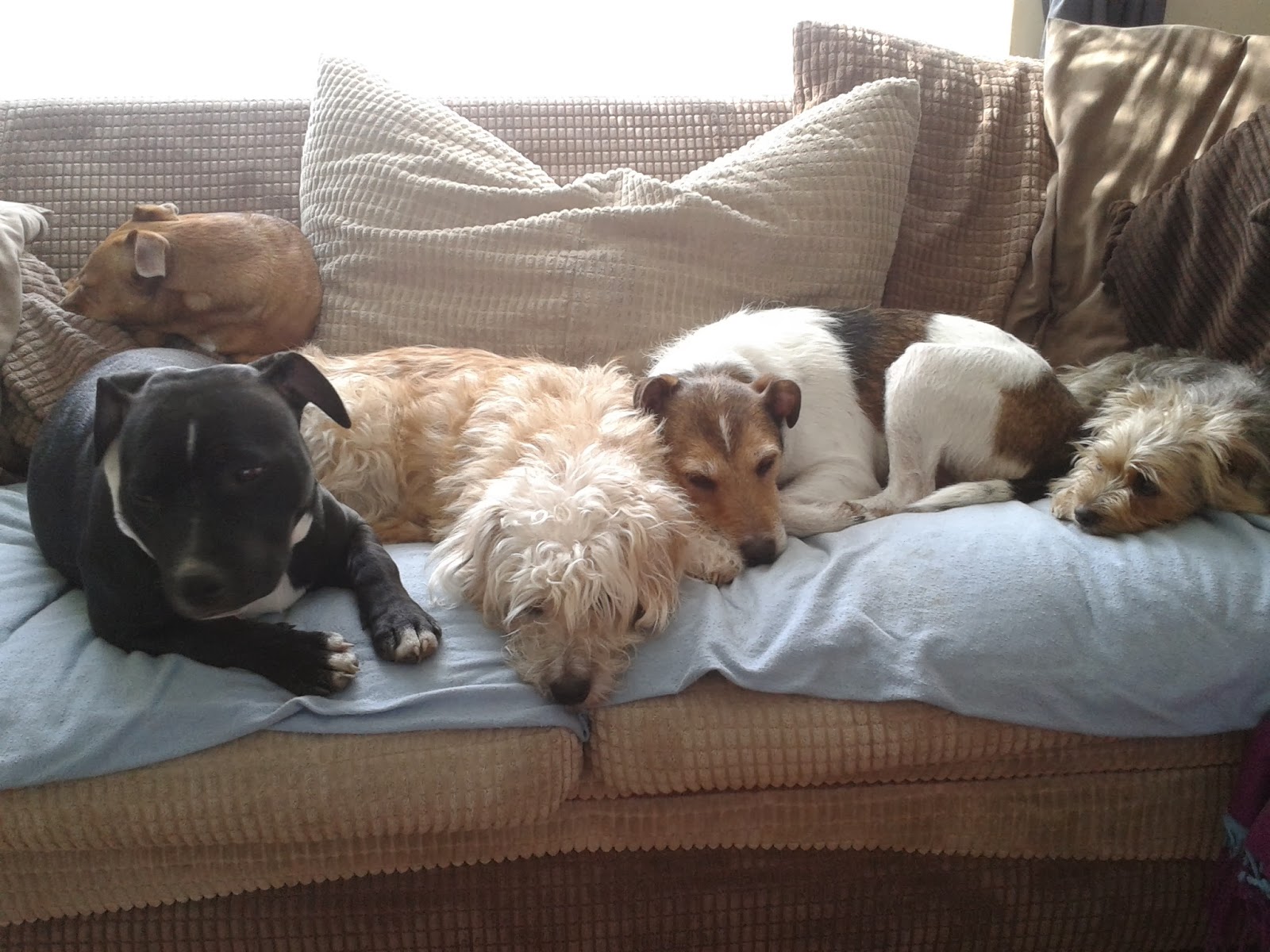 In other news, Eden had her paid singing at church today, the boys have been playing outside since midday.
One of these turned up 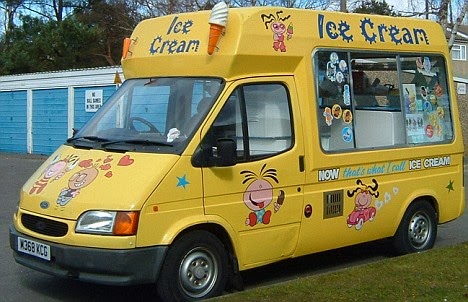 The boys all got out their piggy banks and bought themselves one. There's always one that has to go bigger and better, here's Clark with his huge ice-cream! 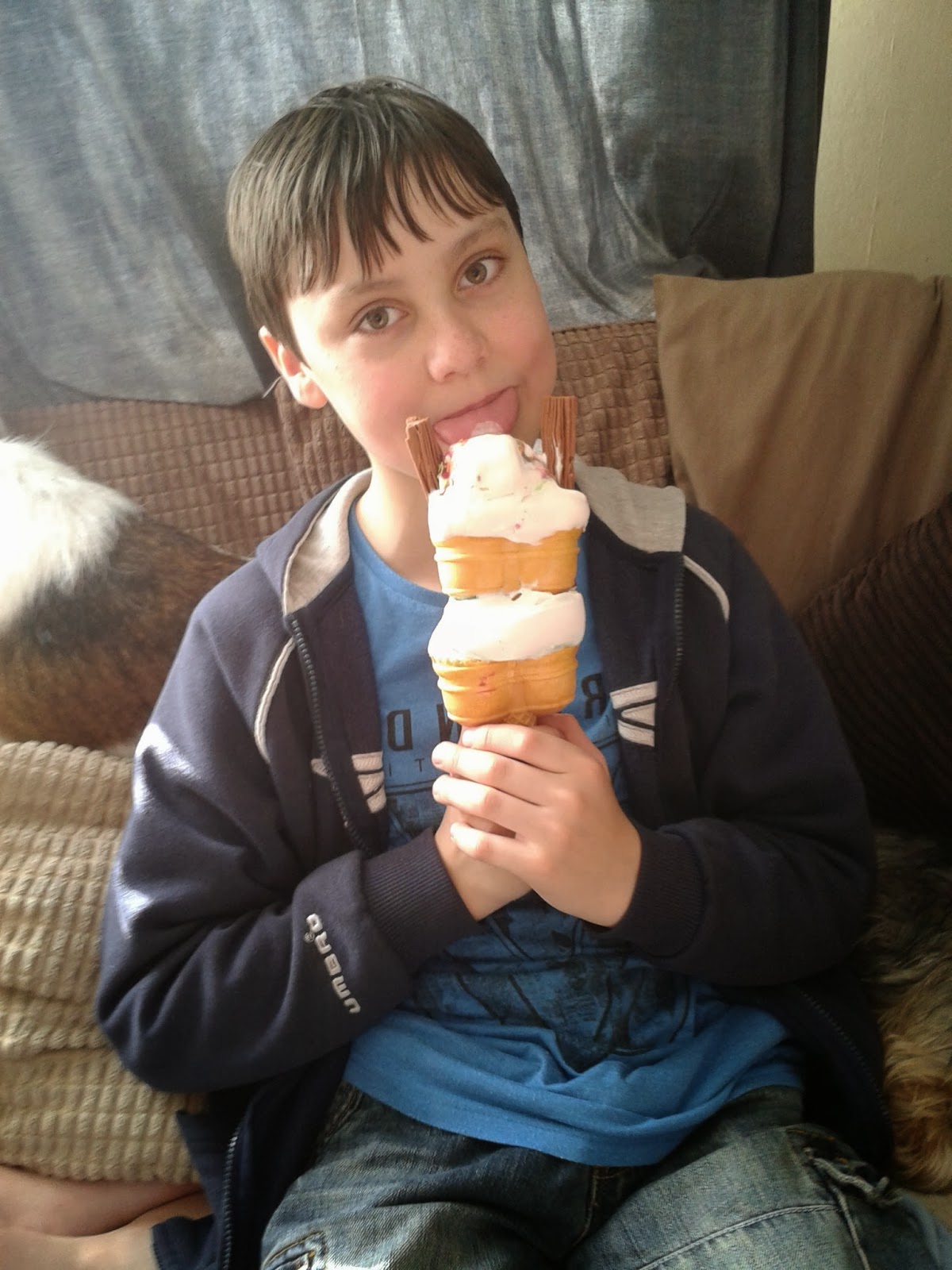 It's called a 'double'! I don't think he's going to want much for tea