Although I am definitely overweight I do quite a bit of exercise. By the time I've mopped the floors for the fourth time I've usually broken out in a sweat!
The dogs are walked just about every day whether it's just thirty minutes round the block or for a couple of hours through the forest.
Recently I've been promising the boys that we would go on a bike ride and inspired by a post on a blog this morning about being without a car and how things take much longer walking made me comment back about how I just nip in the car to go anywhere. I've always got so much packed into my day that I try and do everything the quickest way possible.
Just before I had Clark we were involved in a car accident which wrote off our car, somebody pulled out of a parking position straight into the side of us.
We received £125 for the car which even eleven years ago wasn't very much! It took a year to save up for another car, meanwhile we got out our pushbikes and bought a trailer that you fit onto the back of the bike for £99.
Eden was riding a bike by then, Callum use to sit in this trailer and I had a "V" cushion that I use to snuggle Clark into and pack him in all snug and tight with other pillows and blankets.
We went everywhere for a year like that and even though I then had three children under five and one being a newborn my days panned out fantastically.
Because I knew it would take me ages to get anywhere and get home again so I didn't pack my day with errands and obligations, we just did what we could.
Nowadays our days are packed with just nipping in here on the way there and generally squeezing in as much as we can in as little time as possible!
So, as I had to pick up a prescription from the chemist which is about one and a half miles from us I asked the boys if they wanted to come with me and we would ride our bikes.
Their response was a resounding "yes".
They also wanted to visit my Dads grave which is about 300yrds further along the road from the chemist, so we took a red primrose along with us to plant on his grave. I was bought some for my birthday as it's been far too wet to plant them out so they've been hanging around. We chose a red one because red was my Dads favourite colour.
We took some pictures whilst we were there.
My coat and bike are leant against his headstone, very respectful!
You can see the red primrose we planted  at the end of the grave. 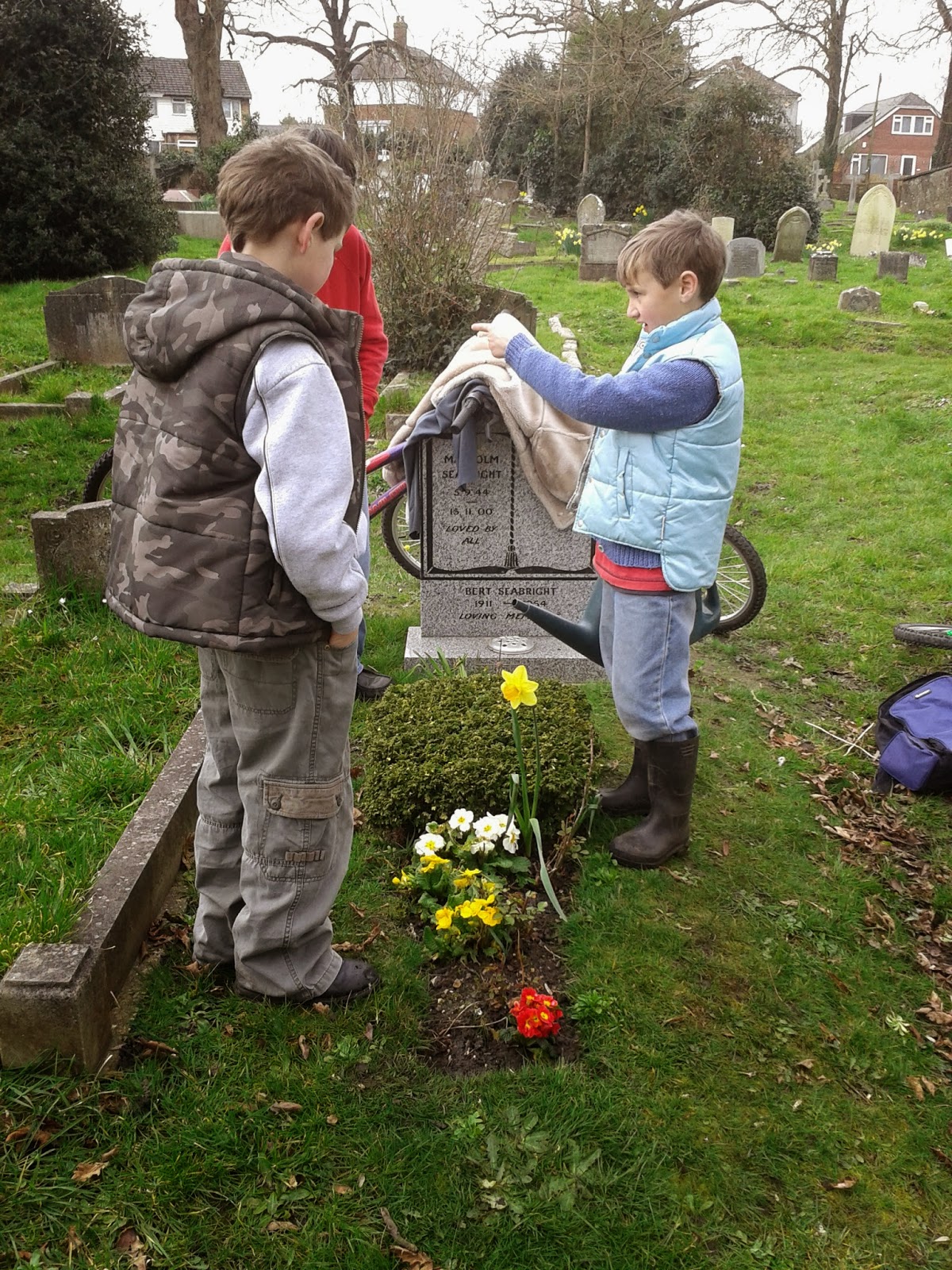 Even with the amount of rain we've had they insisted on watering the plants! 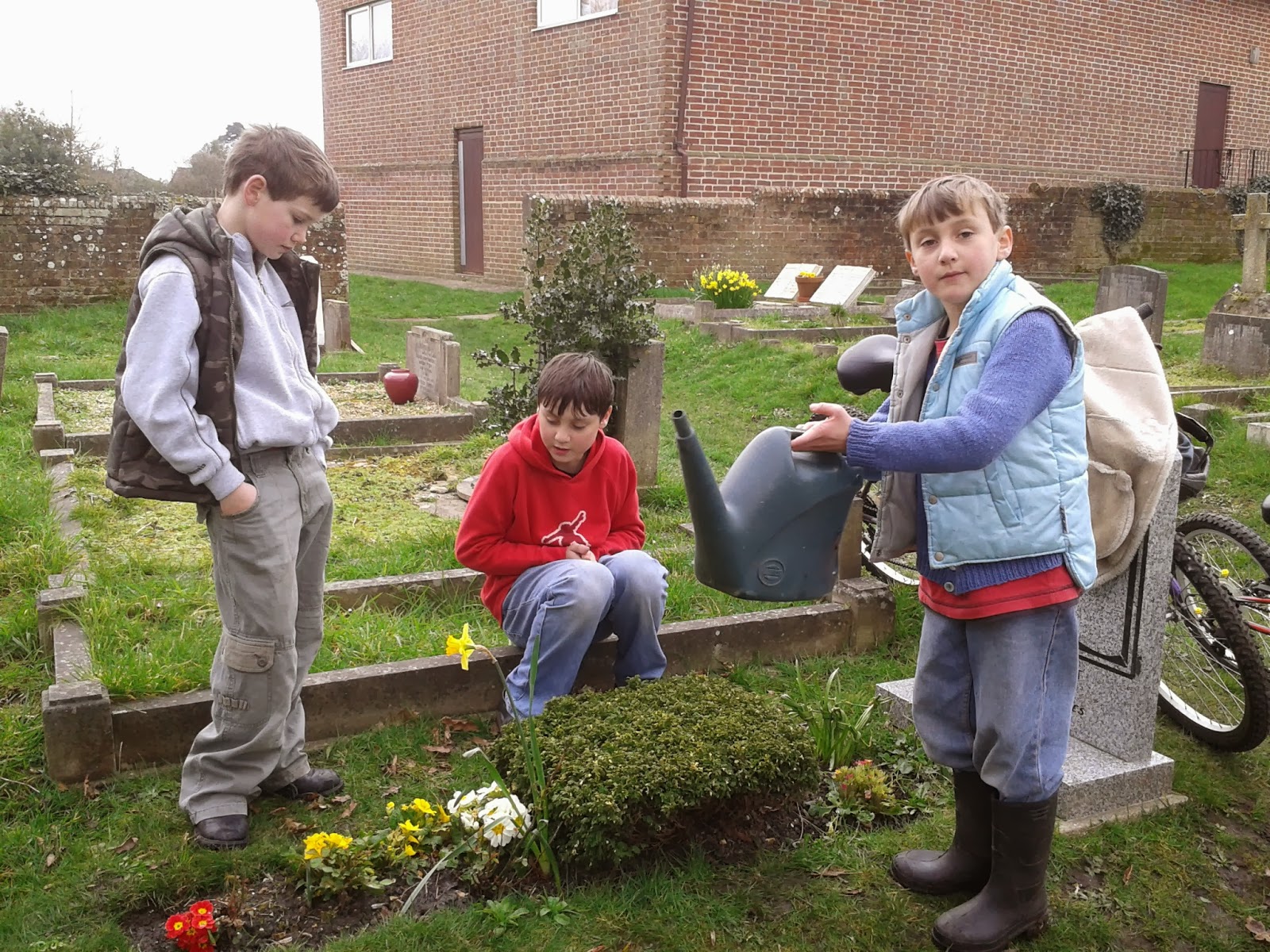 We say a prayer before we leave, usually at Cody's insistence, so I took a picture before we started.
I always think this is so lovely because my Dad died when Callum was seven weeks old, so the youngest three boys never met him, I think this is probably Cody's way of having some sort of relationship with him. Maybe that's just me being a bit deep? 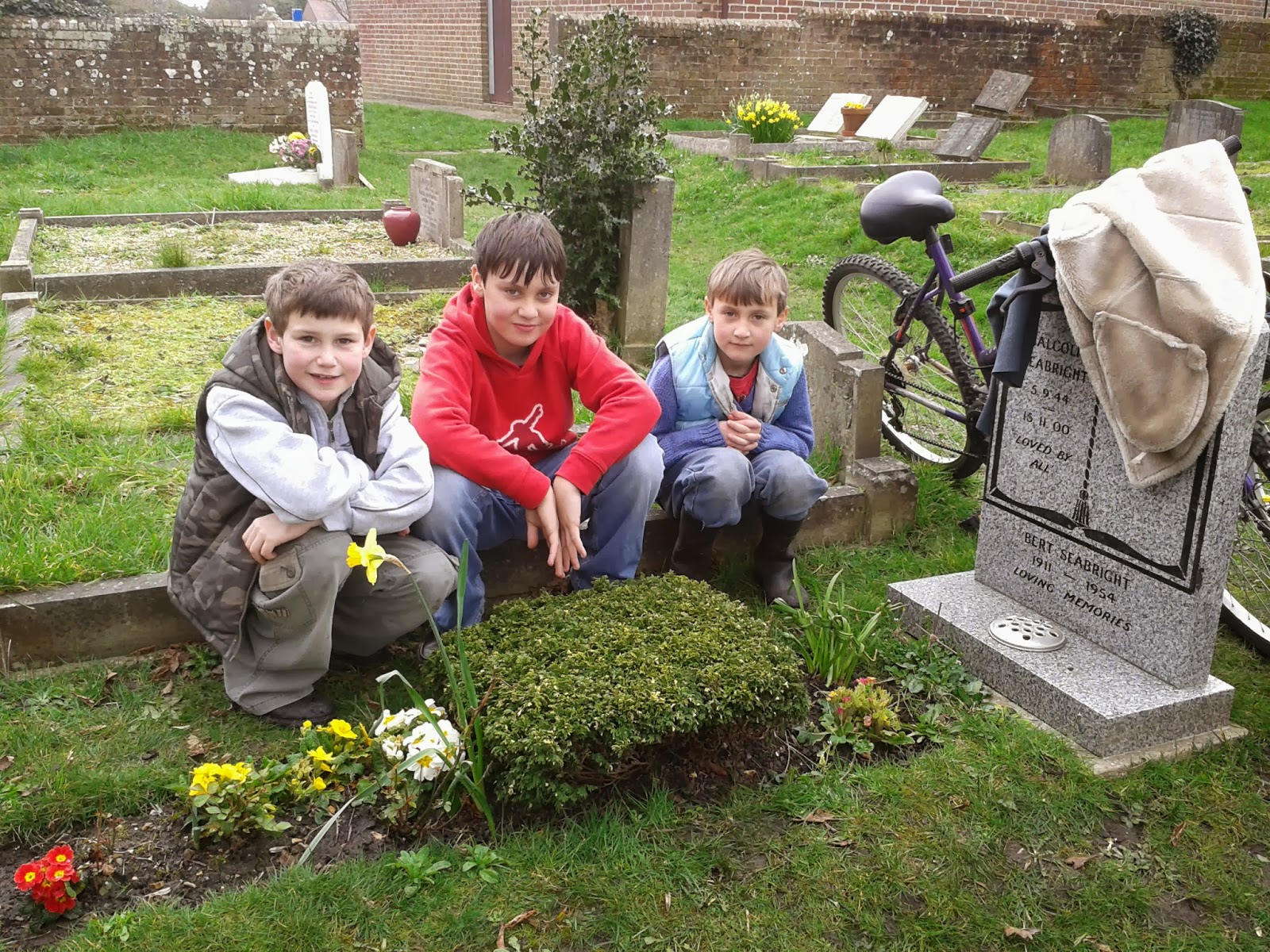 So then we cycled home and as the title suggests my thighs are now killing me!
I finished these a little earlier, they're for the friend that gave me the puppies. 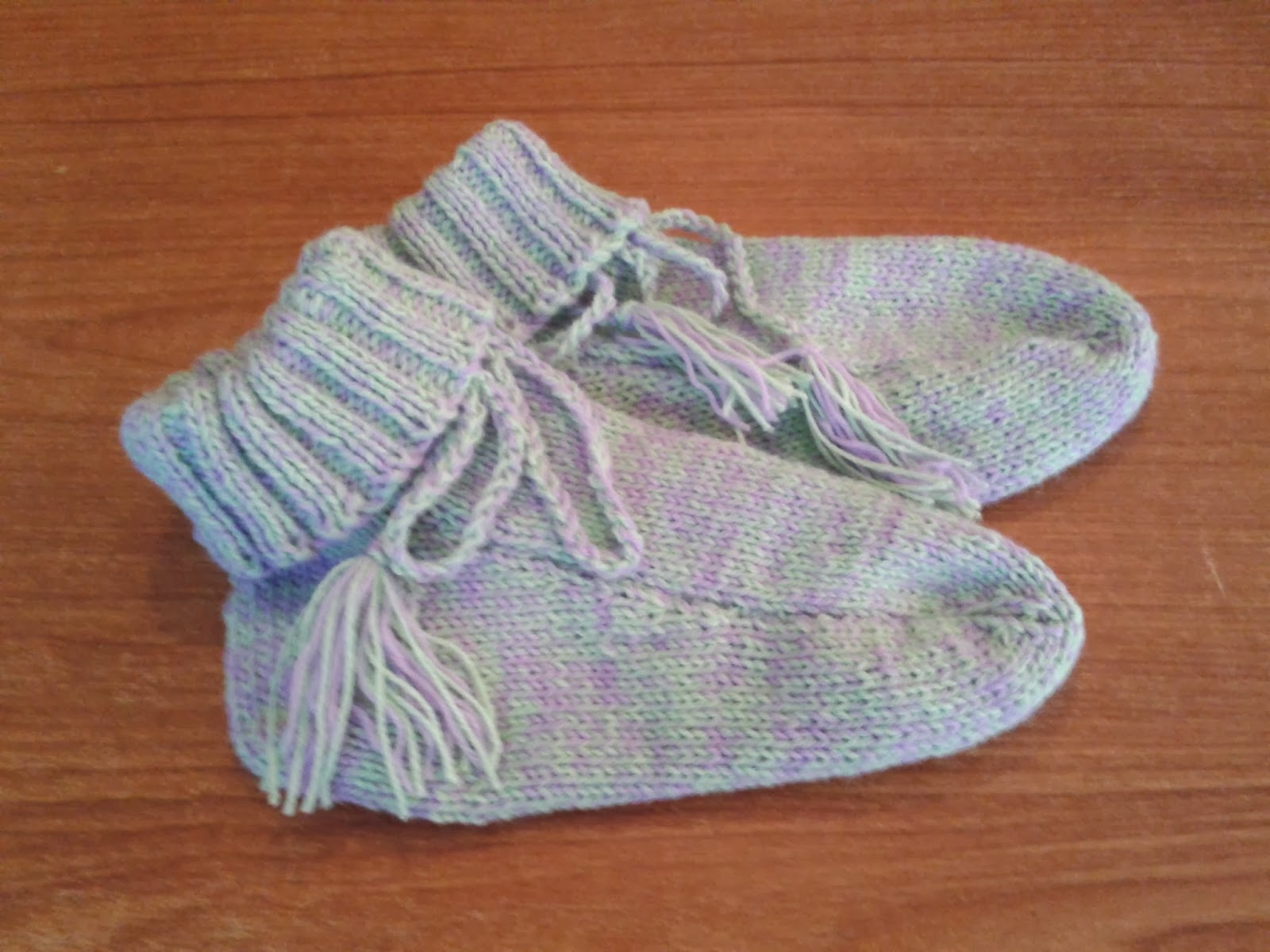